In a very interesting and surprising announcement at the first Intel Developer Forum keynote this morning, Intel's new CEO Brian Krzanich showed the first samples of Quark, a new SoC design that will enter into smaller devices that even Atom can reach.

Quark is the family name for the new line of SoCs that are open, synthesizable and support with industry standard software.  An open SoC is simply one that will allow third-party IP integration with the processor cores while a synthesizable one can be moved and migrated to other production facilities as well.  This opens up Intel to take Quark outside of its own fabrication facilities (though Krzanich said they would prefer not during Q&A) and allow partners to more easily integrate their own silicon with the Quark DNA.  Intel had previously announced that Atom would be able to integrate with third-party IP but that seems to have been put on the back burner in favor of this.

Quark will not be an open core design in the same way that ARM's core can be, but instead Intel is opening up the interface fabric for direct connection to computing resources. 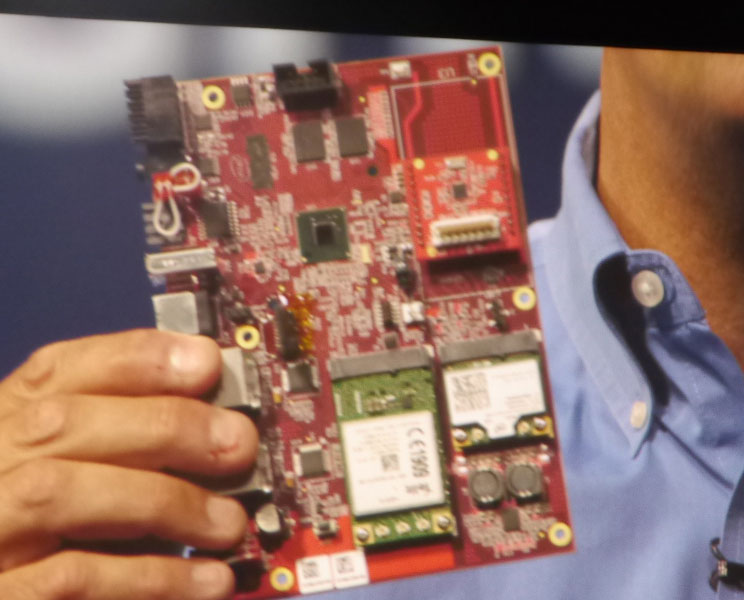 The Quark SoC is square in the middle

Krzanich showed off the chip on stage that is 1/5 the size of Atom and 1/10 the power levels of Atom (though I am not sure if we are referring to Clover Trail or Bay Trail for the comparison).  That puts it in a class of products that only ARM-based designs have been able to reach until now and Intel displayed both reference systems and wearable designs.

UPDATE: Intel later clarified with me that the "1/5 size, 1/10 power" is for a Quark core against an Atom core at 22nm.  It doesn't refer to the entire SoC package. 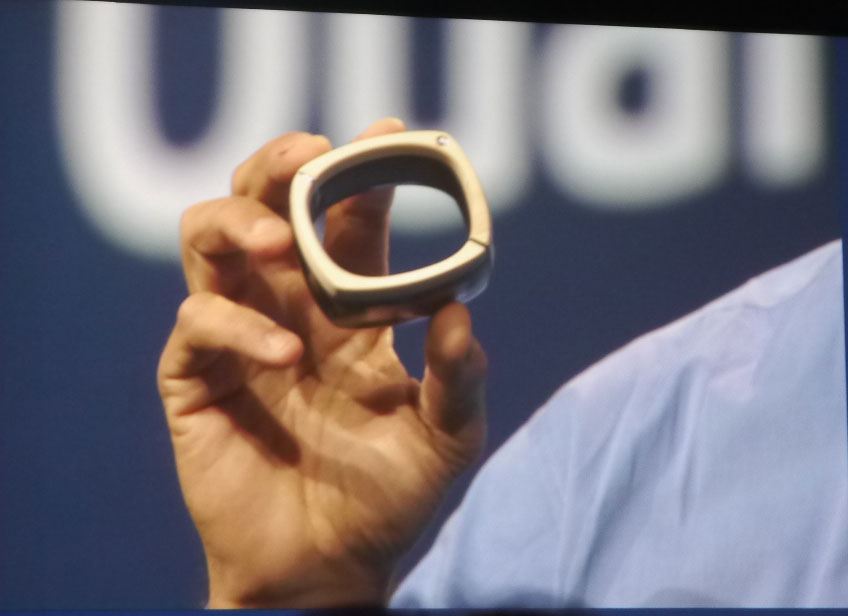 Intel hasn't yet told us what microarchitecture Quark is based on but if I were a betting man I would posit that it is related to the Silvermont designs we are looking at on Bay Trail but with a cut down feature set.  Using any other existing design from Intel would result in higher than desired power consumption and die size levels but it could also be another ground up architecture as well.

I'll be poking around IDF for more information on Quark going forward but for now, it appears that Intel is firmly planting itself on a collision course with ARM and Qualcomm.

UPDATE 1: I did get some more information from Intel on the Quark SoC.  It will be the first product based on the 14nm manufacturing process and is a 32-bit, single core, single thread chip based on a "Pentium ISA compatible CPU core."  This confirms that it is an x86 processor though not exactly what CPU core it is based on.  More soon!