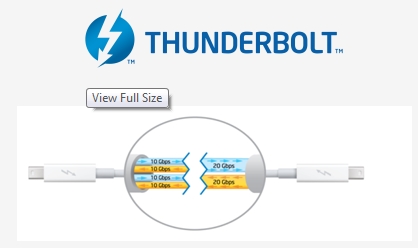 Intel recently launched its next generation Thunderbolt 2 interface, and several devices using the new connection were shown off at the Intel Developer Forum. The major takeaway from Thunderbolt 2 is the increased bandwidth and benefits to video production houses working with large uncompressed media. Specifically, Thunderbolt 2 is a PCI-Express based external interface that sends both video output and data down a single cable. Upgrades over the original 10Gbps Thunderbolt standard include an updated to the DisplayPort 1.2 video standard and double the bandwidth to 20Gbps. Thanks to the increased bandwidth, Thunderbolt 2 enables simultaneous video output and video file transfer of 4K media. Video editors can watch and transfer 4K video to an DisplayPort-equipped monitor and external RAID array respectively.

Intel is kicking off the Thunderbolt 2 standard with the launch of its DSL5520 and DSL5320 Thunderbolt 2 controllers, which are already in the hands of device manufactures. In fact, there were quite a few bits of hardware being shown off at this years IDF that already support the new Thunderbolt 2 standard. Intel is expecting even more devices in 2014. 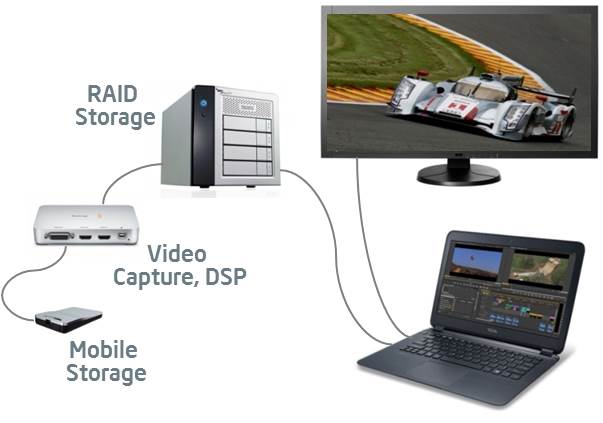 While consumer PC hardware will be supporting Thunderbolt 2, the new interface is most beneficial to professional users and IDF was the launch pad for several high end pieces of production gear. Sonnet launched the Echo Express III external PCI-E card chassis that allows users to hook up PCI-E cards to systems via Thunderbolt 2 (for example: video capture card or fast solid state storage). Also, AJA showed off a video/audio capture box called the IO 4K that supports daisy chaining other Thunderbolt 2 devices and acts as a video capture card capable of taking in 4K and UltraHD video sources as well as high end audio inputs. Finally, PROMISE Technology showed off its Pegasus2 RAID 5 enclosure and SANLink2 Thunderbolt 2 bridge device. 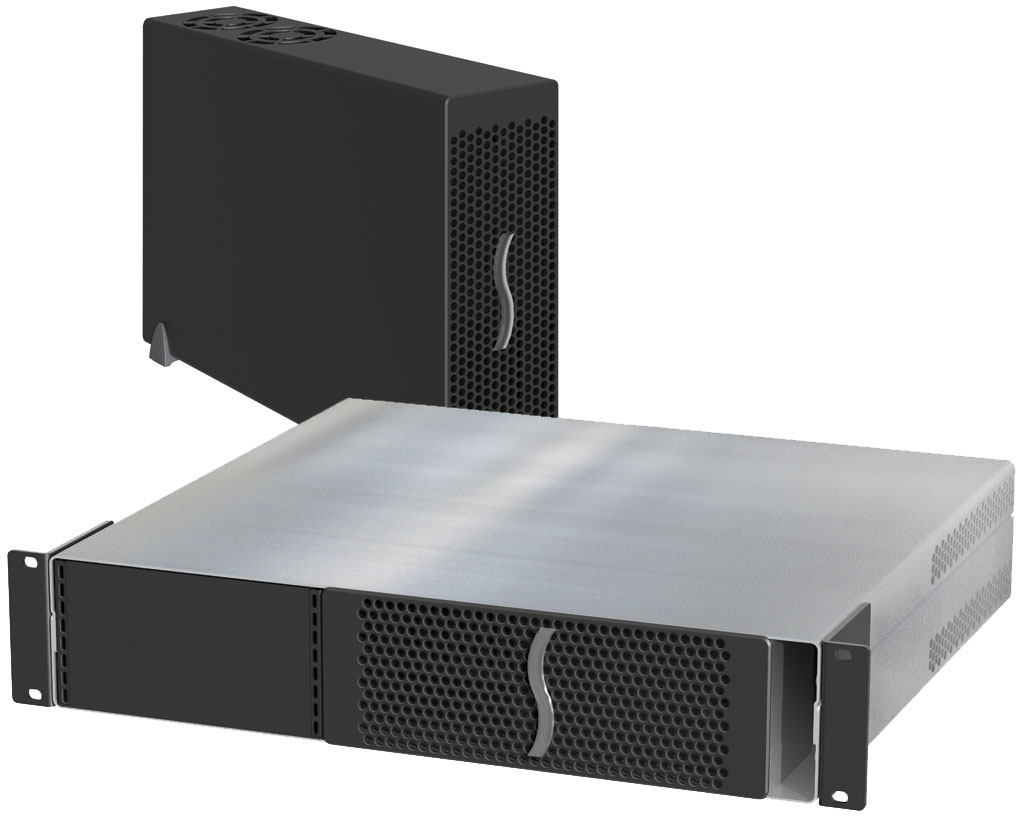 External boxes are not the only professional products with Thunderbolt 2 at IDF, however. The technology is also being integrated into workstations, including the Apple Mac Pro with six Thunderbolt 2 ports and HP’s new lineup of desktop workstations.

Thunderbolt 2 will also be used in consumer gear as well, including Z87 motherboards. Asus, AsRock, and Gigabyte all had motherboards on display that each featured two Thunderbolt 2 ports. The new interface will be available on the multiple boards from the manufacturers. German tech site ComputerBase.de posted several photos of Thunderbolt 2-equipped motherboards and gave a glimpse at the upcoming hardware.

The Asus Z87-Deluxe/Quad, an AsRock Z87 motherboard, and Gigabyte Z87X-UD5 TH spotted at IDF by ComputerBase.de.

The following chart breaks down the specifications. Unfortunately pricing and availability have not been announced for these boards, but expect to pay a premium for the high end gaming hardware and new Thunderbolt 2 controller. (The Asrock Extreme 11/ac in particular takes the word “high end” to the, well, extreme.)

It is promising to see so many devices this early into Thunderbolt 2's launch, and the various high end motherboard using both Thunderbolt 2 and USB 3 gives consumers the best of both worlds and access to all manner of external peripherals. The bandwidth increase is certainly welcome, and I am interested to see what sorts of new devices it enables. For now, I think Thunderbolt 2 is going to be mainly a professional (or at least "pro-sumer") technology. With that siad, 4K capture and video output is already being worked on, and I am curious to see what other applications and technologies will really be able to push the new 20Gbps interface and what trickles down to the consumer space!

Are you excited about Thunderbolt 2? Let us know what you think of the IDF-launched products and the interface technology in general in the comments below! 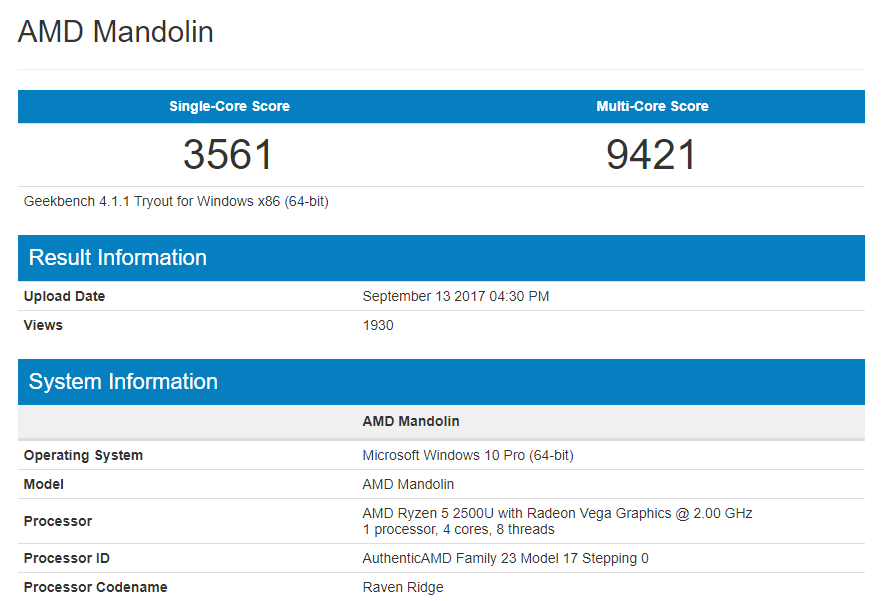 Headphones for those that wish to stay sonically and spiritually pure 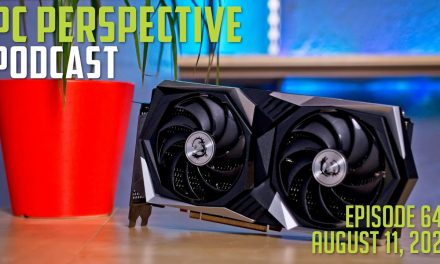