One of the major themes of Lenovo's IFA product releases is the push into multi-mode computing which amounts to convertible PCs such as its Yoga series with 360-degree hinges. Two of the new multi-mode computers are the consumer focused Lenovo Yoga 2 Pro and the ThinkPad Yoga for business users. Both devices will be available later this year.

The Lenovo Yoga 2 Pro is a 13” convertible ultrabook measuring 12.99” x 8.66” x 0.61” and weighing 3.06 pounds. The system is an update to the original Yoga, and maintains the dual hinge design that allows the display to fold all the way back into tablet mode.

The Yoga 2 Pro has a QHD+ touchscreen display with a resolution of 3200 x 1800 and 350 nit brightness. Other external features include a backlit AccuType keyboard, trackpad, stereo speakers, and a 720p webcam. There are several IO ports situated around the sides of the notebook including one USB 3.0, one USB 2.0, one combo mic/headphone audio jack, one SD card slot, and one micro HDMI video output. 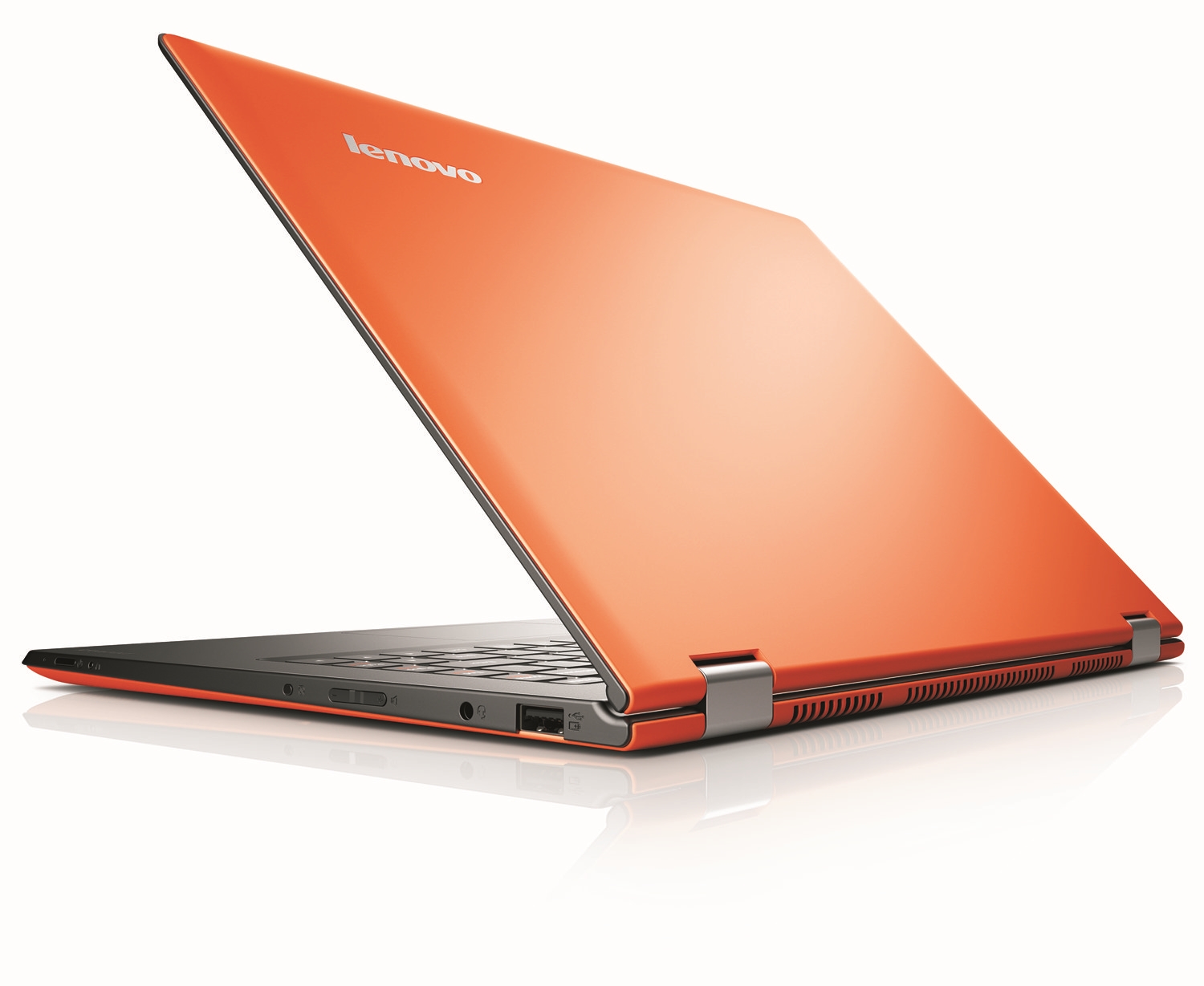 The convertible ultrabook is configured with an Intel Haswell Core i7 ULT processor, 8GB of DDR3L memory, a 512GB SSD, and a battery rated at 6 hours of 1080p video playback with the display at 150 nits brightness. It also comes equipped with 802.11b/g/n Wi-Fi and Bluetooth 4.0 radios. The Yoga 2 Pro will come pre-installed with Windows 8.1 Pro. Users can control the Yoga 2 using the touchscreen, keyboard and trackpad, voice, or motion controls. Lenovo further includes software that will automatically list Windows applications on the Start Screen depending on the mode the “multi-mode” computer is in (tablet, laptop, tent, ect).

The upcoming ThinkPad Yoga is a 12.5” notebook with a magnesium alloy chassis that is 0.74” thick and weighs 3.48 with everything installed. Users can choose between an HD display covered by Corning Gorilla Glass or a 1920 x 1080 IPS touchscreen display with support for an optional Wacom digitizer pen. Unfortunately, there is no QHD+ option on this business-class multi-mode PC. Other features include a backlit keyboard, five button glass trackpad, stereo speakers, a 720p webcam, and “all day battery life.” Specifically, the ThinkPad Yoga is rated at 5.3 hours with an Intel Haswell i7 or 8.3 hours with an Intel Haswell i3 processor. IO on the ThinkPad Yoga includes a single audio jack (mic+headphone), SD card reader, two USB 3.0 ports, a mini HDMI video output, and a DC-in OneLink dock adapter port.

The other interesting feature that is exclusive to the ThinkPad version of the Yoga is a keyboard that uses what Lenovo calls a “lift and lock” system to secure the keyboard while the system is in tablet mode. When the display is rotated all of the way back into tablet mode, rubber bumpers and the frame around the keyboard lift up. The keyboard frame lifts up to be flush with the top of the keys. Meanwhile, the keys themselves lock into place such that they cannot be pressed down. This is a useful feature as it creates a stable base and removes the worry that keys would accidentally be pressed during a key presentation (even if the existing Yoga already ignores key presses, having a hardware lock in place gives some piece of mind).

Internally, the ThinkPad Yoga can be configured with up to an Intel Haswell Core i7 processor, 8GB of DDR3L memory, a 1TB hard drive plus 256GB SSD, large battery, and Wi-Fi, and NFC radios. The OneLink dock will allow users further expansion options by adding Gigabit Ethernet, USB ports, and additional display outputs.

The ThinkPad Yoga will be available in November starting at $949. You can find photos of the new PC at the IFA show in Berlin over at Engadget.

Which would you choose, the Yoga 2 Pro with high resolution display or the ThinkPad Yoga with Wacom digitizer and locking keyboard?