For our testing of the new Intel Haswell-based NUC I decided to include some results from other notebook and SFF based hardware solutions as reference.  Interestingly, the MacBook Air based on Haswell essentially uses the exact same hardware as the NUC so you'll see a near mirror image of the benchmark results.

Other processors included are the AMD A4-5000 Kabini system that is finding its way into notebooks and SFF devices.  The Core i3-3227U is a popular processor used in Ivy Bridge based Ultrabooks and is basically the same performance as the IVB based Intel NUC.  The Core i3-2105 and the AMD A10-5800K are included for a reference to some low power standard desktop platforms as well.

All systems were running Windows 8 x64. 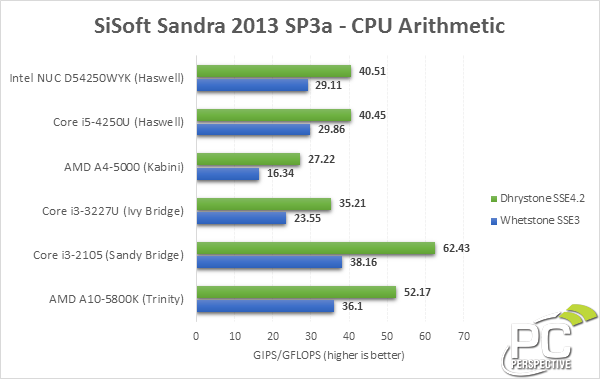 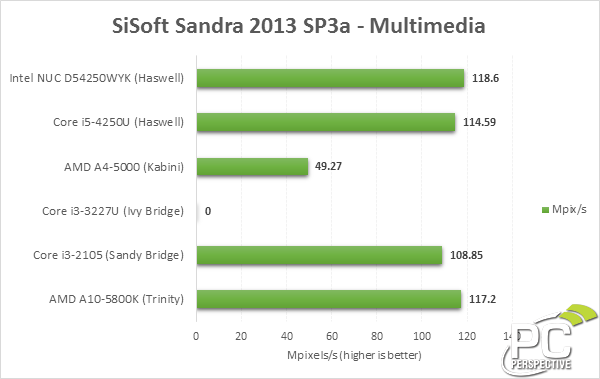 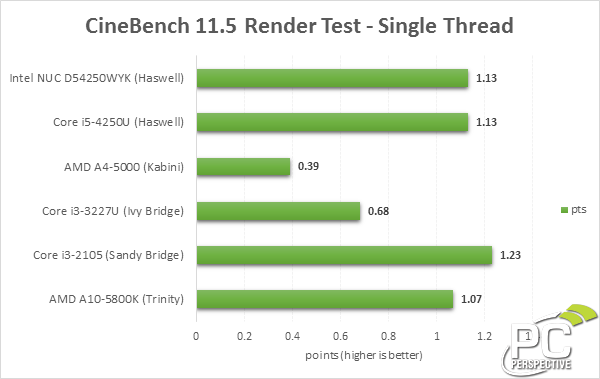 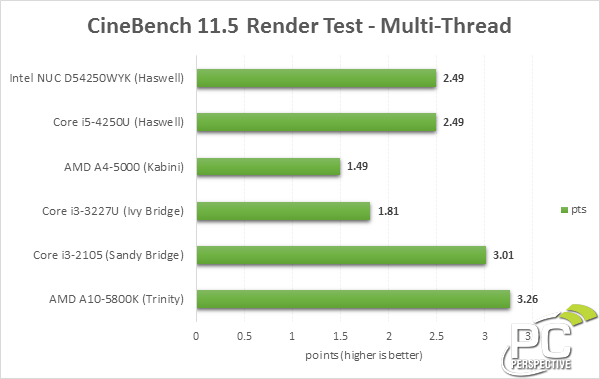 Single threaded performance gives the Haswell CPU a fighting chance in this low power, Ultrabook platform even compared to the desktop SNB and Trinity results.  As a multi-threaded benchmark CineBench 11.5 shows the new NUC is faster than the quad-core Kabini platform from AMD and the previous Ivy Bridge dual-core CPU.  Trinity (a 100 watt TDP part) is 30% faster than the Core i5-4250U (with a 15 watt TDP). 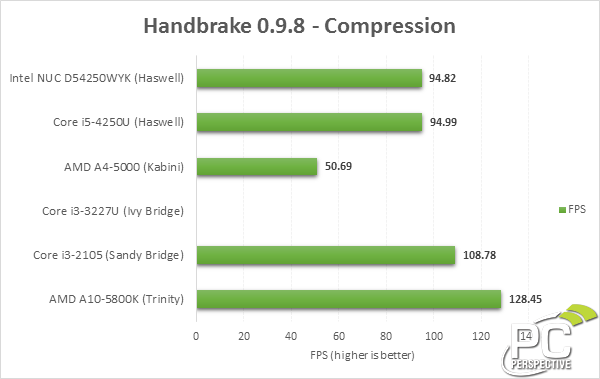 If you are looking to use the NUC as a media device for a home theater you'll be glad to know that it performs great in the video compression and transcoding Handbrake result.  Again, considering the extremely low TDP, the performance of the Core i5-4250U is impressive. 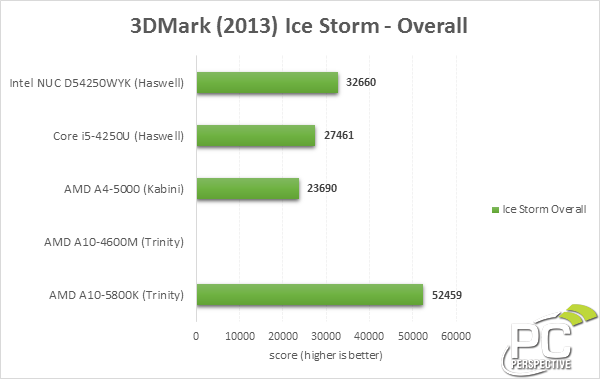 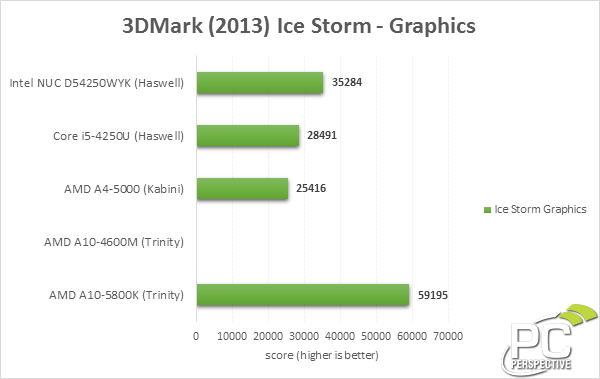 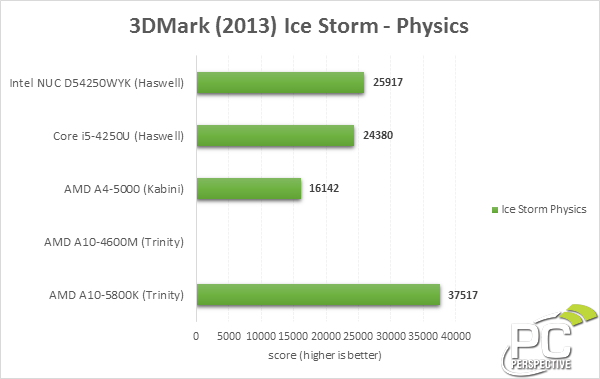 I used 3DMark to see quickly see how the new Intel Haswell NUC would look on the graphics side.  Performance is pretty good for integrated graphics though without a doubt AMD's Trinity has a performance edge.  Even the AMD Kabini SoC is pretty competitive in the graphics department.  Overall I would say the NUC isn't a SFF gaming machine but it could run some games at 1080p at lower quality image settings.  You can check out the games tested in our MacBook Air (2013) article for an idea of what kind of performance you'll get. 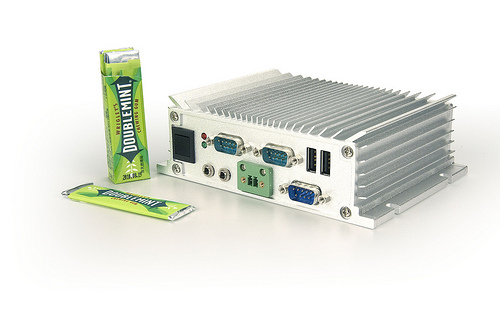