The new NUC from Intel includes support for SATA 6G performance in both the mSATA and standard SATA form factors.  How does the Intel 530 Series SSD stack up? 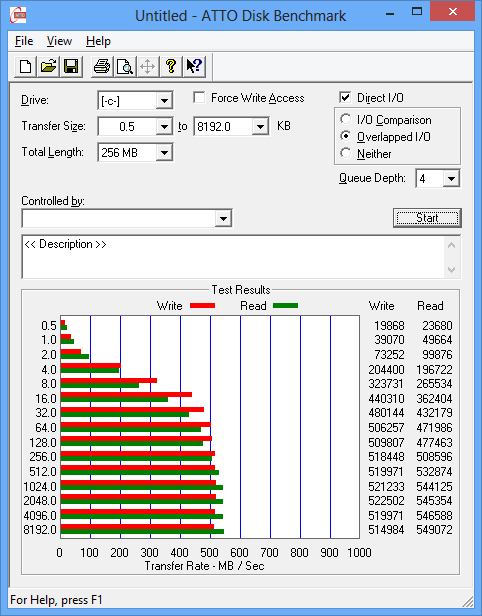 Obviously we aren't reviewing the 530 SSD here but these performance numbers for a quick benchmark are really impressive.  With read speeds of up to 522 MB/s and write speeds that hit 546 MB/s you won't be limited by storage even in a small form factor like this. 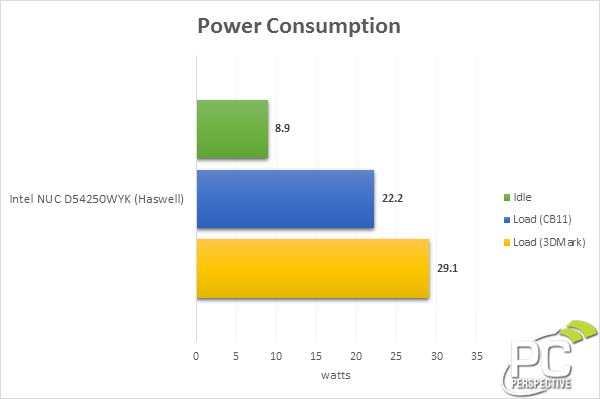 I tested power consumption on the Haswell NUC using our Kill-A-Watt power meter in both idle and load states.  At idle the entire system, with display (connection not power), USB keyboard/mouse and Ethernet attached under Windows 8 the NUC pulls under 9 watts.  With a full CPU only workload in CineBench 11 the NUC draws just over 22 watts and 29 watts when running 3DMark.  The system can get a bit warm when under load for a while and as I mentioned before the fan is audible only in very quiet environments.

I went over the pricing on a previous page but let's summarize the data.

There are two ways to look at this.  First, this is a lot of performance for that budget and getting it in such a small package is really an added bonus.  You could take $70-100 off this price with a lower cost mSATA SSD as well.  However, without a doubt you can build a lower priced system that can run just as fast (or faster) if you are willing to build a larger PC based on a mATX motherboard or even full-size ATX.  For the previous NUC review I built a comparison system on PC Part Picker that was based on an AMD Trinity APU for under $470!

Intel's NUC platform has evolved in this second generation from Ivy Bridge to Haswell with only a few minor changes to the design.  Removing the option to have Thunderbolt is a bit of a let down and the price tag is still higher than I would like to see.  Improvements on the design are impressive though with the inclusion a smaller z-height, four USB 3.0 ports and multiple display outputs, all added to the upgraded performance of Intel's Haswell architecture and the new HD Graphics 5000.  This isn't a gaming box and won't make people clamoring for a "Steam Box" amass to it but for standard PC use cases you can buy this tiny, 4-in by 4-in computer and meet or exceed any performance requirements of a Windows 8 PC today. 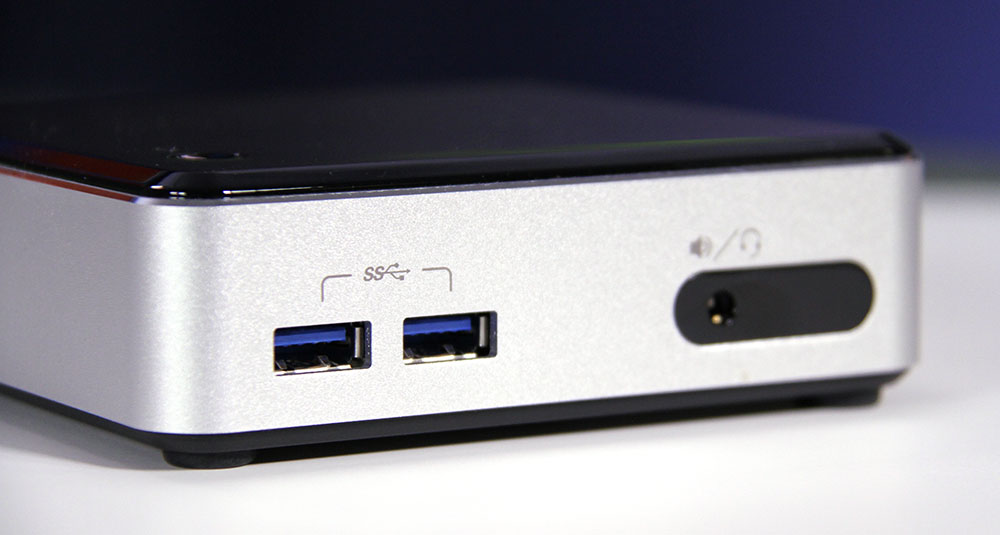 The Next Unit of Computing is meant to be a showcase for different form factors and implementations that Intel's architectures can reach and I think it accomplishes this goal quite well and should be a blueprint for other system integrators and embedded clients going forward.  Enthusiasts and standard PC users will be to adopt it too without feeling like they are leaving performance on the table which is impressive for this form factor.

Put a Tiger in your box