There really isn't much to talk about when looking at the Core i7-4960X processor as you would expect.  The physical form factor is exactly the same as Sandy Bridge-E: a very large chip with a lot of pad connections on the bottom. 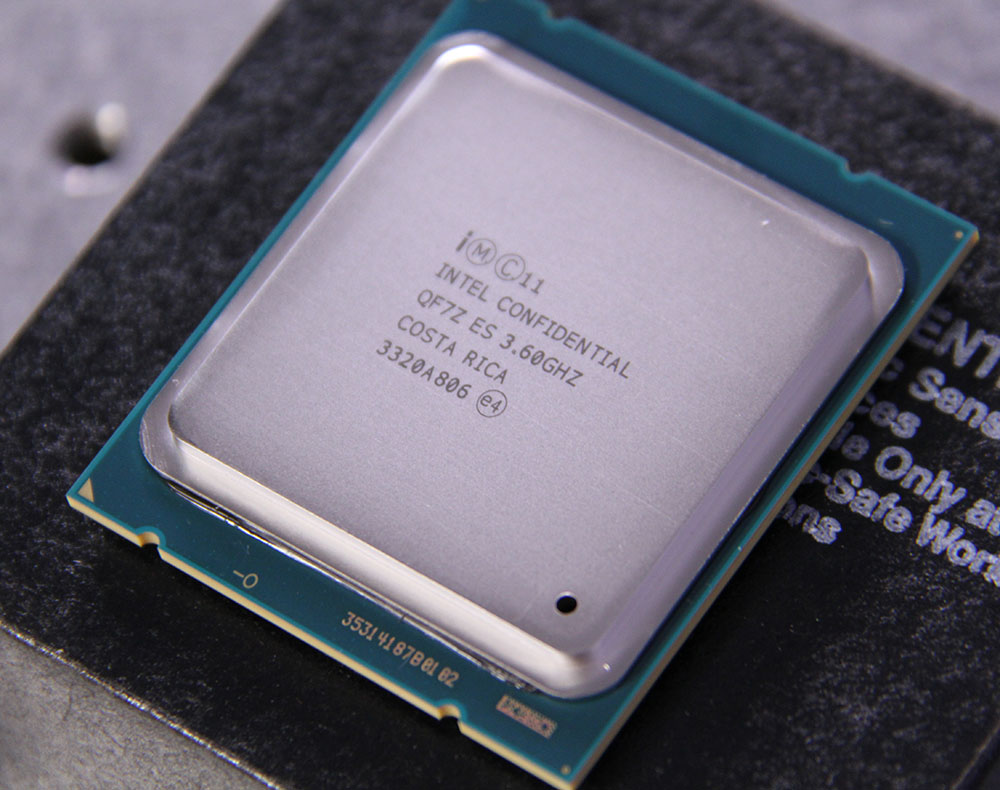 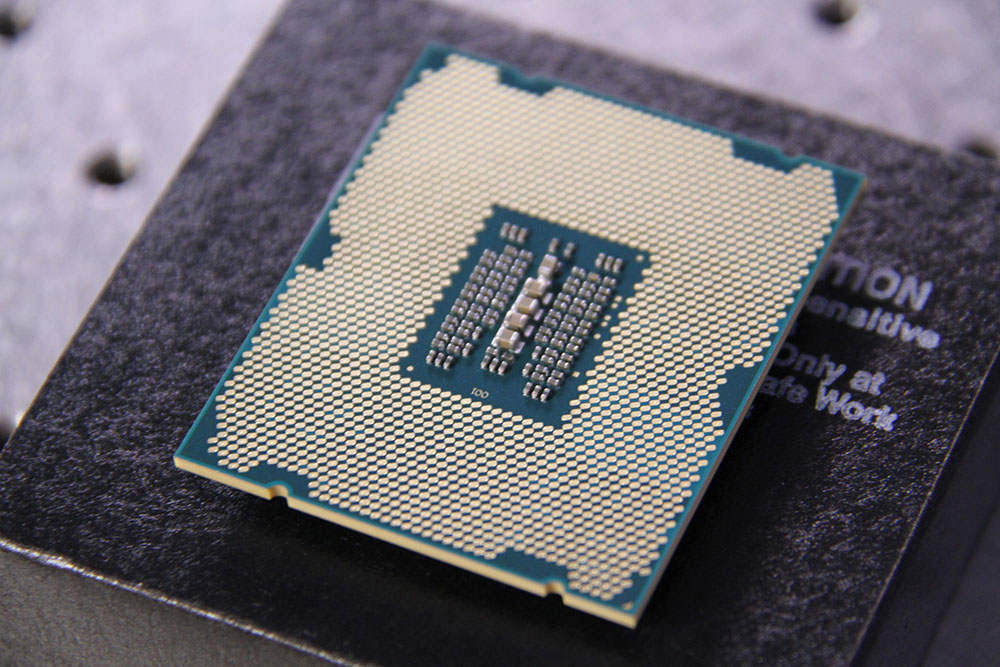 Though I think this is expected after the SNB-E release, Intel is not including a cooler in the retail packaging with any IVB-E processors.  You'll have to buy an Intel-branded cooler or go for one of the many other options on the market. 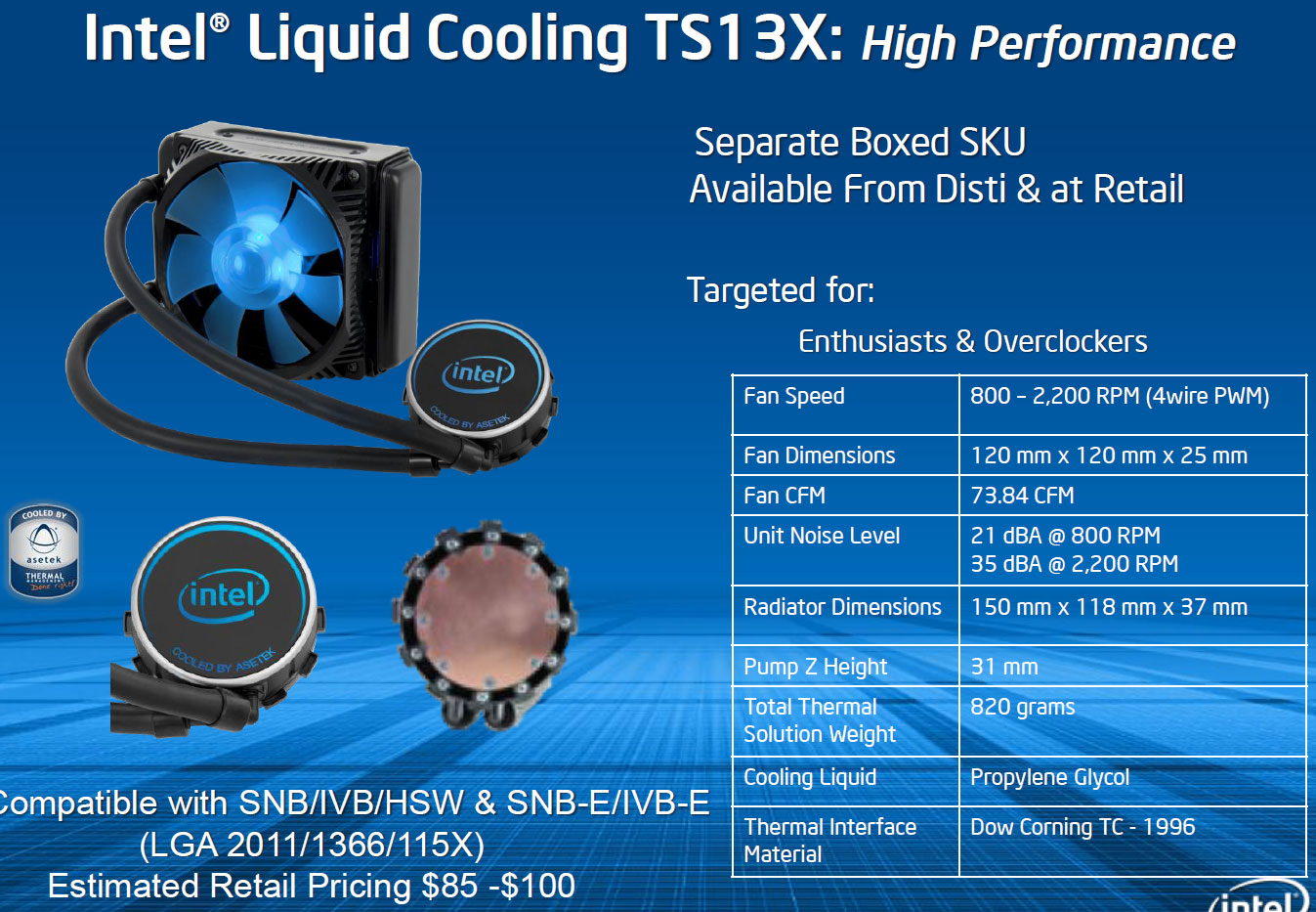 A benefit of continuing the use of the LGA 2011 socket is that most coolers available today will already support the X79 motherboards and the IVB-E processors announced today. 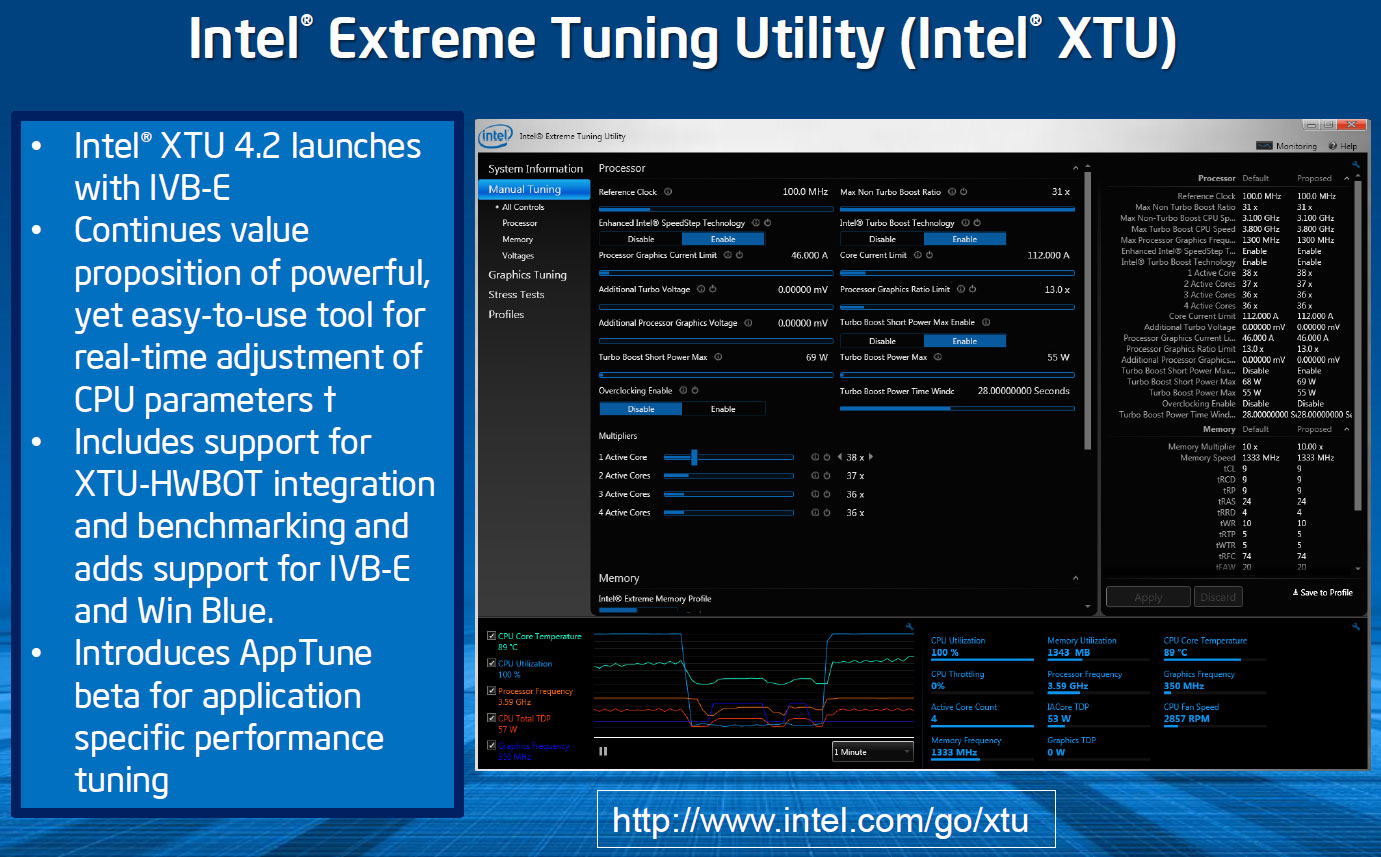 Along with today's launch of the Core i7-4960X, Intel's board team is also releasing the 4.2 edition of the Intel Extreme Tuning Utility that is a Windows-based tweaking and overclocking application.  It includes some new features like HWBOT integration and even social features to share UEFI settings. 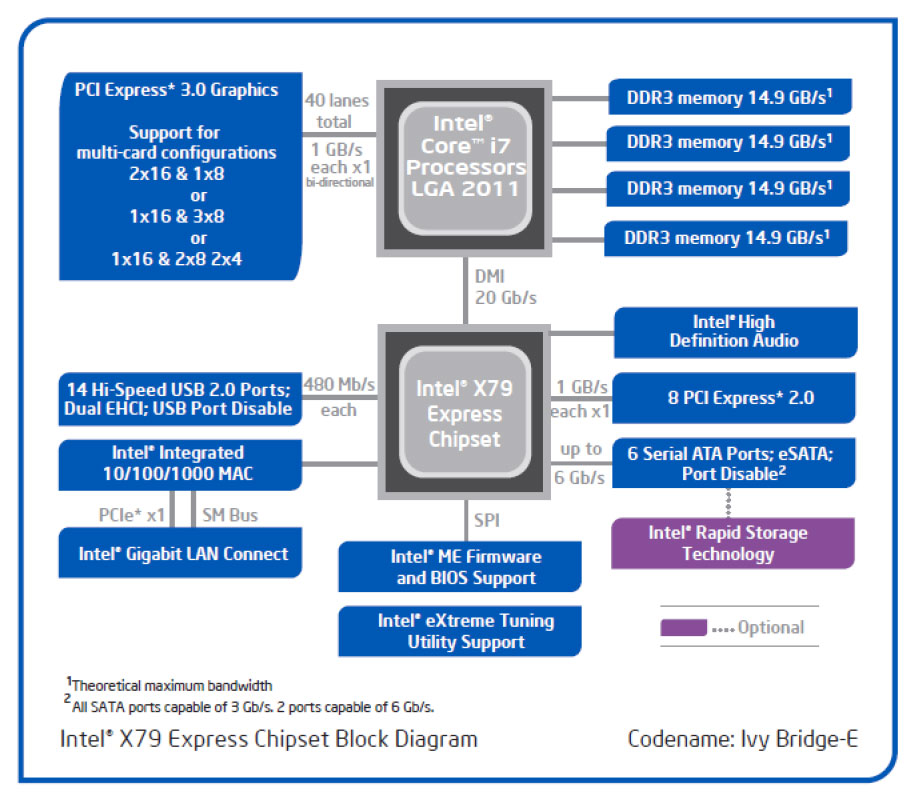 The X79 chipset also remains unchanged from the SNB-E launch to today – that means no USB 3.0 and only two SATA 6G ports.  Some motherboard vendors are going to release SKUs associated with the IVB-E launch but most are simply updating the UEFI firmware of existing boards to support the new processors. 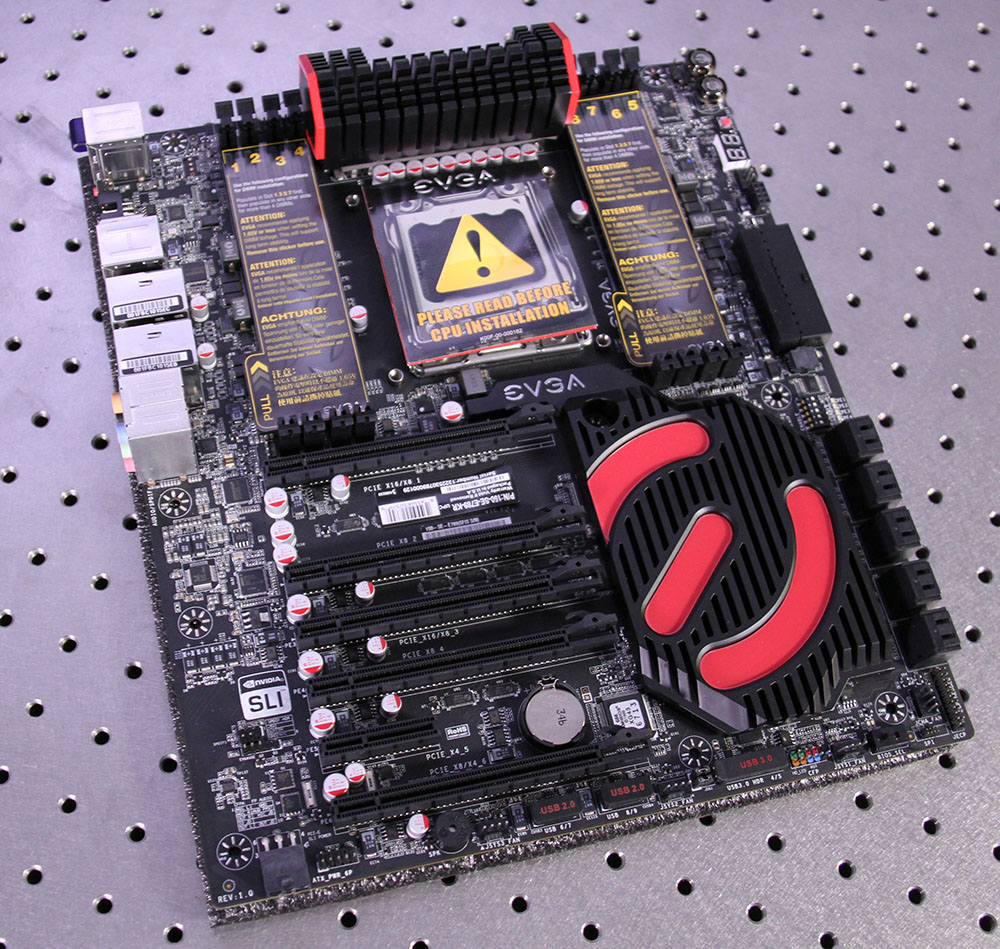 EVGA did send over the X79 Dark for our testing purposes, a new board released just a couple of weeks ago, and I definitely enjoyed my time with it.  The UEFI GUI is intuitive and speedy while the overclocking features are front and center for easy access and modification.  After a bit of a hurdle getting the Core i7-4960X booted for the first time, we were off and running.

My lone concern with the board was the somewhat minimal overclock we got out of our CPU sample but we are waiting for updated boards from a couple other vendors to see if the limitation was CPU or MB based.

Overclocking the new Ivy Bridge-E processor is pretty much identical to SNB-E.  With an unlocked multiplier you can easily push up the frequency with the help of some added voltage and then tweak memory timings from there.

During preliminary discussions with a few MB vendors I had heard many reports of 4.5 GHz and even 4.6 GHz overclocks with the IVB-E parts floating around.  I was not so lucky. 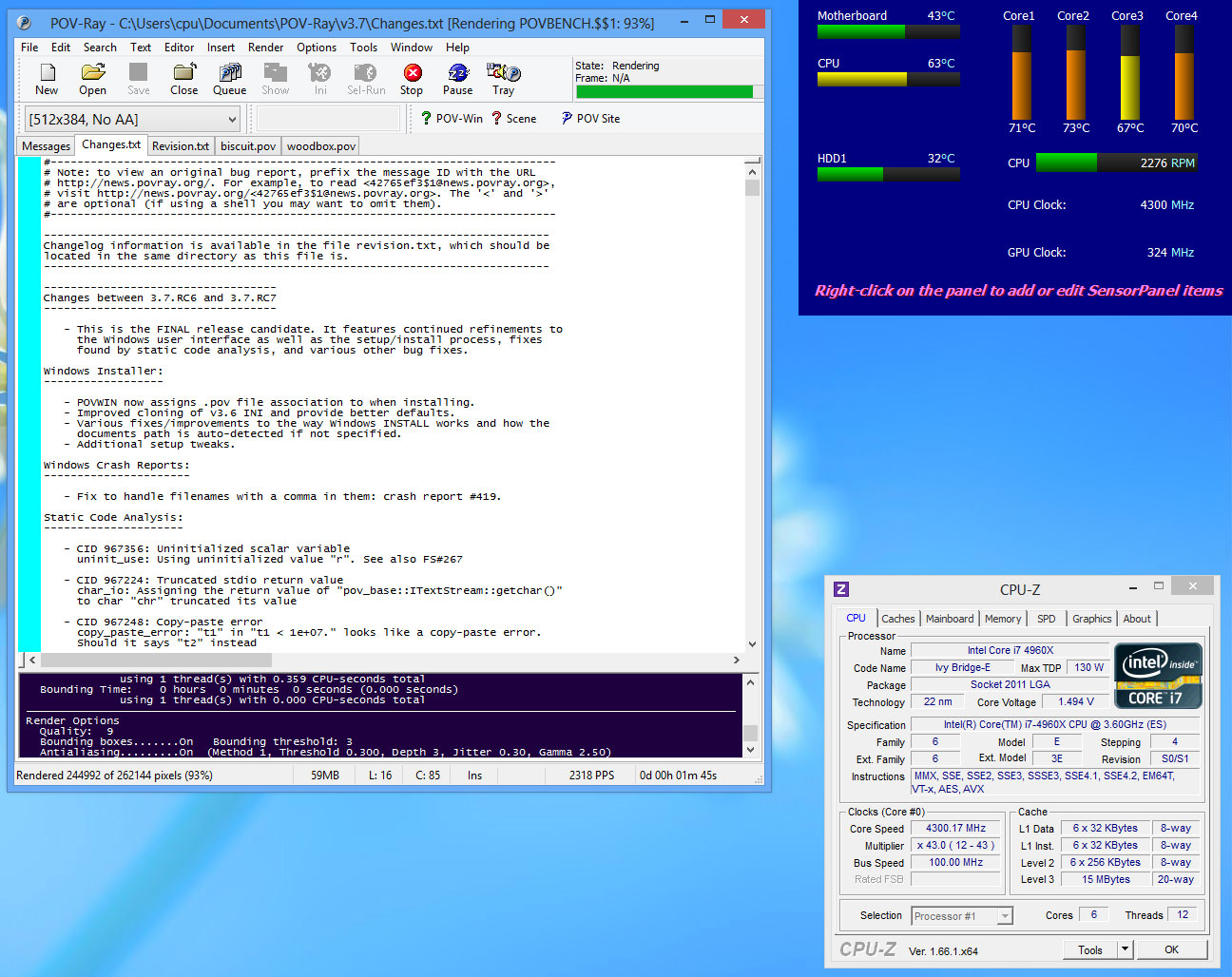 The highest 100% stable clock speed I was able to hit at 1.40v was 4.3 GHz with a 43x multiplier.  This was with PLL override enabled and with VDroop disabled.  I was able to run at 4.4 GHz for a very limited amount of time but in no condition I would recommend to a user.  At 1.4v though I was quite happy with the 73C temperatures of the 22nm, densely packed 1.68 billion transistors.

Even pushing voltages up to 1.45v did not allow us to get any higher than 4.3 GHz.  I am pretty disappointed with this result even though we saw some impressive performance bumps at 4.3 GHz.  Keep in mind that this is 4.3 GHz on ALL CORES which is basically a 600 MHz increase over the stock setting (16% or so). 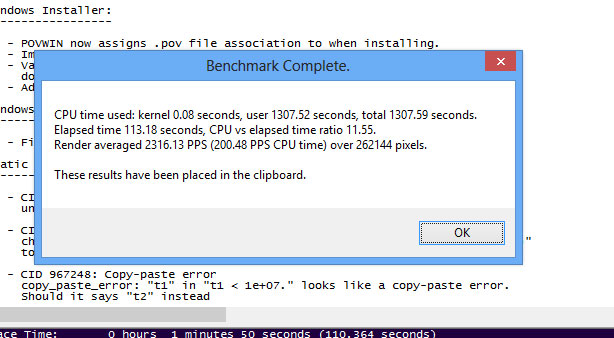 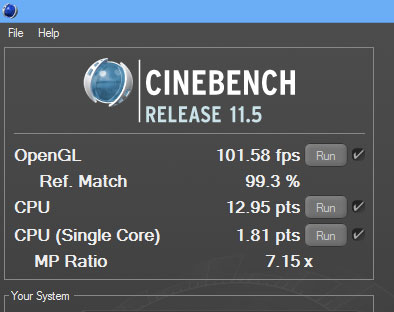