Clock for Clock: Ivy Bridge-E vs The Field

When we posted our Haswell review I included some clock-for-clock results of the recent Intel architectures. We took samples from each microarchitecture (Haswell, Ivy Bridge, and Sandy Bridge) to measure how their evolution impacts performance. Features, such as Turbo Boost and EIST, were disabled and each processor was set to the same, fixed, clock speed.

I am including similar data here though of course with the caveat that the Ivy Bridge-E platform has 50% more cores than the other processors listed.  In single threaded programs that won't matter but in most where multiple threads can be utilized, there is some obvious advantage of having two more cores.  Still, I think it remains a good data point to compare IVB-E to Haswell, etc. when running at exactly the same clocks. 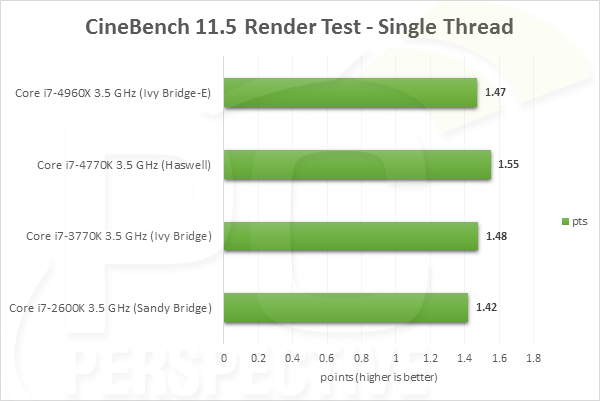 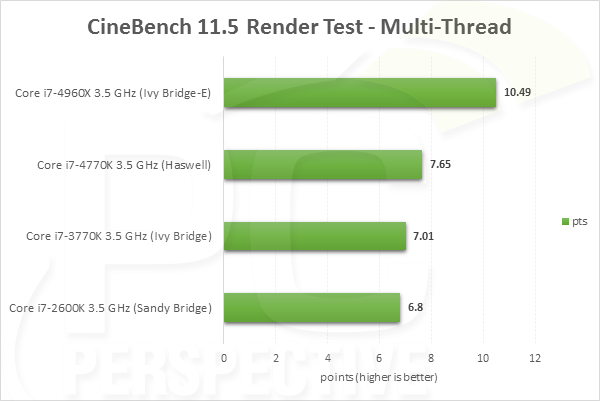 Clearly in our single threaded test results you can see the advantages of the Haswell architecture over Ivy Bridge and Sandy Bridge.  But under a multi-threaded workload of the same application the IVB-E has a 37% advantage over Haswell. 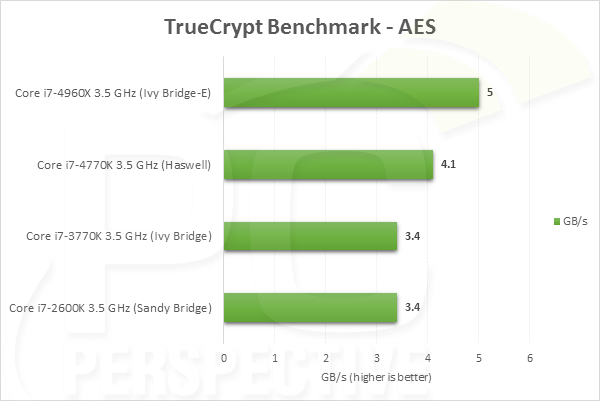 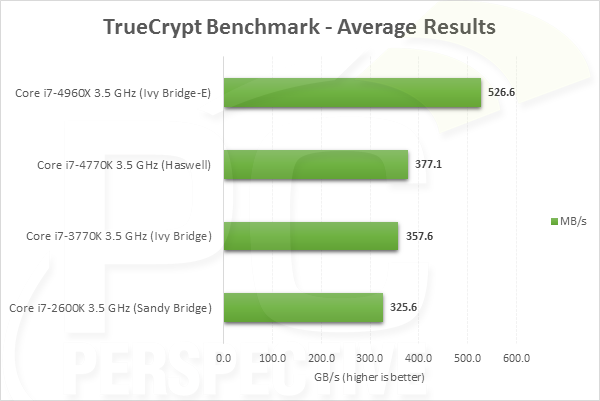 Again the added cores of the IVB-E processor make up for architectural short comings it might have to Haswell. 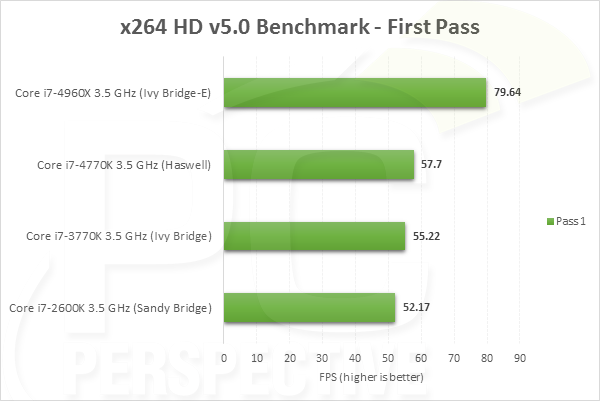 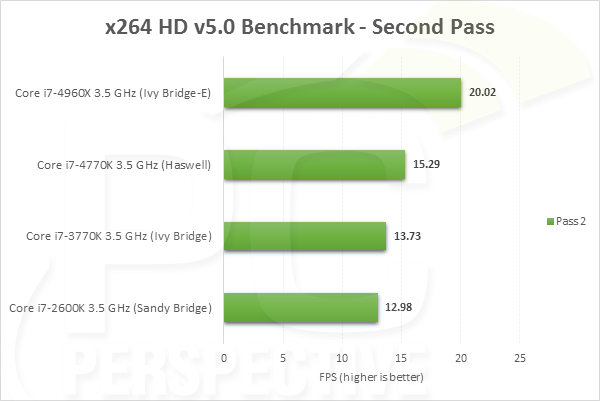 Finally, in our x264 transcoding test we see advantages of 38% and 30% on each of the two different passes thanks to the added cores of IVB-E.

While clearly these results aren't as interesting as the Haswell, IVB, and SNB results from June, it does allow readers to easily estimate performance deltas of IVB-E over each of those previously released processors when overclocked to similar speeds.