At a mere $7.2 billion, Microsoft just picked up all of Nokia's devices and some of their software in an attempt to streamline production and win market share from Apple and Android devices.  Nokia tends to be the manufacturer that people think of when they think of Windows phones, with HTC a close second.  The current market share of Windows phones is minuscule and for that matter so is Nokia's; what might not be clear from some of the stories you have been reading is that Nokia has a large share of the phones currently being manufactured.  As you can see from the Reuters graph below they are actually second only to Samsung in terms of manufacturing, this existing infrastructure may help Microsoft greatly as they structured as a software company … Surface being the exception that proves the rule.

The Inquirer believes this could mean a resurgence of competing mobile OS designs, with Google owning Motorola it seems likely that Samsung and HTC are going to want to diversify their lineup of phones even though Google has suggested they will not provide preferential treatment to Motorola.  Microsoft may still provide licenses to HTC but with this major change you can expect the rumours of HTC developing a mobile OS to become verified as well as a lot more news on Tizen, Samsung's home grown OS.  Blackberry could be doomed at this point, with nothing unique to offer in the way of secure connectivity now that they have moved to ActiveSync and dated hardware they are reduced to a niche market consisting solely of those who want a physical keyboard on their phone.  This purchase is as painful to Finland as the death of BlackBerry will be for Canada. 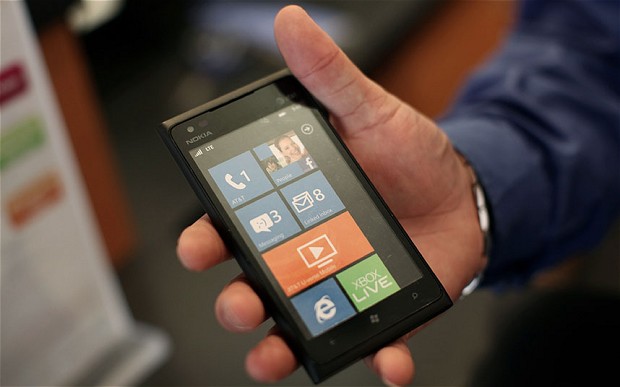 The other interesting part to this story is the return of Stephen Elop to Microsoft as he only left them in 2010, previously he headed their business software division.  You can follow the odds on his likelihood of taking the reins from Ballmer by following the link from this article; Stephen has tossed hardware across a room so he is certainly qualified.  If he did take over Microsoft it would signal a 'mobile first' mentality which might help sales of Win8 on mobile devices but would not bode well for the desktop users.  If he is not placed in charge of the entire company it would likely mean that we will see him head a mobile division while someone else handles a desktop OS.  That has not worked well for Microsoft historically, we shall see in the coming months which direction the company chooses.  Hopefully they will remember they sell a server OS. 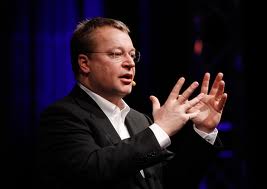 "MICROSOFT SURPRISED NO ONE on Tuesday when it announced that it picked up Nokia's devices unit and licensed some of its software for a cool £4.6bn in cash. While many see the deal as two struggling companies merging for a final shot at success, we think the deal should have Apple and Google worried."