AMD commit numerous updates to the open source driver community, three months ago, and has otherwise assisted the Linux community in the past. The same has not been true for NVIDIA. Despite a respectable (albeit lacking compared to Windows) proprietary driver for Linux, this GPU vendor was not adored by the community. They have not been accused of malice, it would just seem to be control over both the end-user experience and, of course, their secret sauce.

Well, NVIDIA is being more cooperative.

I, obviously, do not have a crystal ball of fortune telling (the journalist house of auction ran out and the gift shop is just too expensive) so it is anyone's guess the future extent of NVIDIA's involvement. For now, their assistance included 42 pages of Device Control Block documentation and proprietary developers answering questions on the Nouveau mailing list.

Many, from Ars Technica to our staff discussions at PC Perspective, note how the change of heart aligns with the SteamOS announcement. I do not really believe these events are related if only because I doubt NVIDIA would wait to contact developers until Valve spoke up. I would have to expect that SteamOS would not be a surprise to NVIDIA especially after Gabe Newell discussed Maxwell virtualization all the way back at CES.

You would think they would have come about while working with NVIDIA on the game streaming technology. You know, allow a single desktop to utilize multiple games across multiple devices. Even still, you would think NVIDIA would just put even more effort into their proprietary driver rather than help Nouveau.

Either way, we will keep an ear out for NVIDIA involvement with the open source community.

The next dimension in mousing 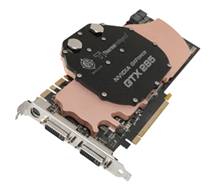