Scott Wasson of The Tech Report just received an interview with Raja Koduri, head of Graphics Hardware and Software Development at AMD, a few hours ago. Part of the interview discussed frame the frame pacing issues we, as well as The Tech Report, published over the last year. In short, the news seems good for owners of Radeon graphics cards, future and even current.

The "Hawaii" powered Radeon R9 290 and R9 290X graphics cards are expected to handle CrossFire pacing acceptably at launch. Clearly, if there is ever a time to fix the problem, it would be in new hardware. Still, this is good news for interested customers; if all goes to plan, you are likely going to have a good experience out of the box.

Current owners of GCN-based video cards, along with potential buyers of the R9 280X and lower upcoming cards, will apparently need to wait for AMD to release a driver to fix these issues. However, this driver is not far off: Koduri, unclear whether on or off the record, intends for an autumn release. This driver is expected to cover frame pacing issues for CrossFire, Eyefinity, and 4K.

Koduri does believe the CrossFire issues were unfortunate and expresses a desire to fix the issue for his customers.

Keep checking PC Perspective for more information as it comes out!

Editor's Note: I just spoke with Raja Koduri as well and he basically reiterated everything that Scott noted in his story on The Tech Report as well.  The upcoming 290X will have frame pacing at Eyefinity and 4K resolution at launch while the cards below that in the R9 series, and users of Radeon HD 7000 cards (and likely beyond) will need some more time before the driver is ready.  I'll be able to talk quite a bit more about the changes to BOTH architectures very shortly so stay tuned for that. 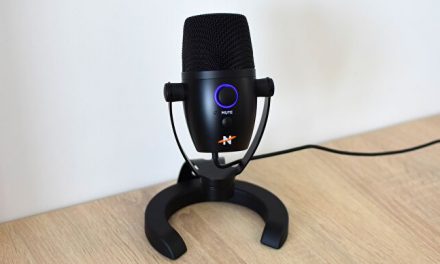 A Half Dozen Of The Best Gaming Microphones