Steam Controller is the third, and final, announcement in the Steam Hardware event. Sure, the peripheral looks weird. It looks very weird. The first thing(s?) you will notice, and likely the driving influence for the iconography, is… or are… the touch pads which replace the expected thumbsticks. The second thing you will notice is the "high resolution" (no specific resolution or dimension was provided) touchscreen.

The most defining aspect of the controllers, as previously stated, is its pair of trackpads. This input method might actually stand the chance of precise controls while maintaining comfort for a couch. To start, I will quote Valve:

In addition, games like first-person shooters that are designed around precise aiming within a large visual field now benefit from the trackpads’ high resolution and absolute position control.

The emphasis was placed by me.

Last year, almost to the date, I published an editorial, "Is the Gamepad Really Designed for Gaming?" In it, I analyzed console controllers from an engineering standpoint. I blamed velocity-based joystick control for the need to enable auto-aim on console titles. Quoting myself, which feels a little weird to be entirely honest:

Analog sticks are a velocity-oriented control scheme where the mouse is a relative position-oriented control scheme. When you move a joystick around you do not move the pointer to a target rather you make it travel at some speed in the direction of the target. With a mouse you just need to move it the required distance and stop. It is easier to develop a sensitivity to how far you need to pull a mouse to travel to the target than a sensitivity to how long to hold a joystick in a given direction to reach a target. Joysticks are heavily reliant on our mental clocks and eye coordination.

Each trackpad can also be clicked, like the thumbsticks of current controllers just probably more comfortably, to provide extra functionality. From a User Experience (UX) standpoint, I can envision a first-person shooter which emulates a (velocity-based) joystick when the right trackpad is pressed (assuming it is very light to press and comfortably to rub your thumb against while pressing) but switches to position-based when touched but not pressed.

The implication is quick rotation when firing from the hip, but positionally-based targeting when precision is required. Maybe other methods will come up too? I find the technology particularly exciting because Valve, clearly, designed it with the understanding of position-based versus velocity-based control. This challenge you rarely hear discussed. 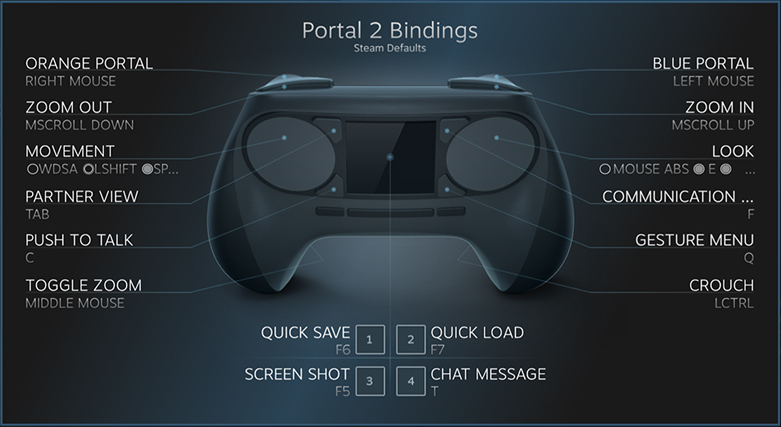 The touchscreen is also a large clickable surface. The controller recognizes touch input and overlays the contents of the screen atop the user's screen but it will not commit the action until the touchpad is pressed. This is designed so the gamer will not need to look at their controller to see what action they are performing.

Personally, I hope this is developer-accessible. Some games, as the WiiU suggests, can benefit from hiding information.

Haptic feedback also ties into the trackpads. Their intent is to provide sensations to the thumbs and compensate for loss of mechanical sensation with thumbsticks. Since they are in there, Valve decided to offer a large, programmable, data channel to very precisely control the effect.

They specifically mention the ability to accept audio waveforms to function as speakers "as a parlour trick".

The devices will be beta tested, via the Steam Machine quest, but without wireless or touchscreen support. Instead of a touchscreen, the controller will contain a four-quadrant grid of buttons mapped to commands.

It wasn’t Whale and Dolphin, it was Pig and Cow!!! 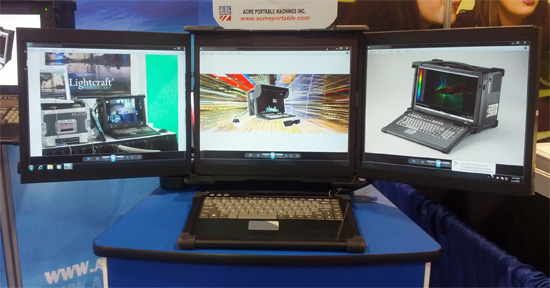 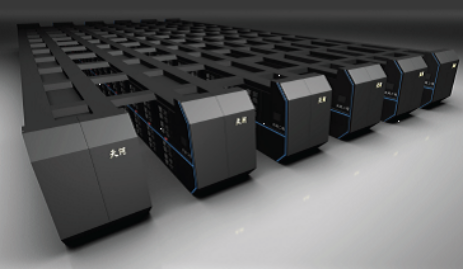