That we have taken a look at our gaming tests using our Frame Rating metrics and testing methods, we are including a set of tests from more standard benchmarks like Unigine Heaven and the newer 3DMark benchmark. 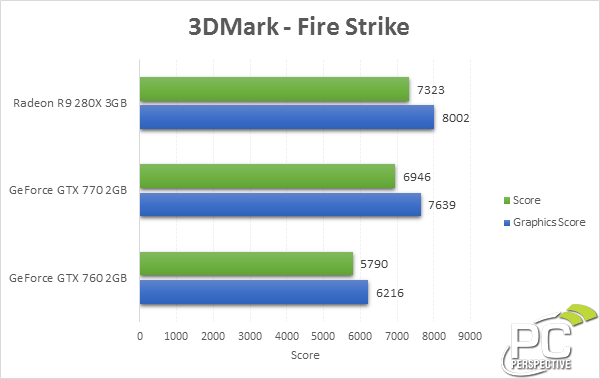 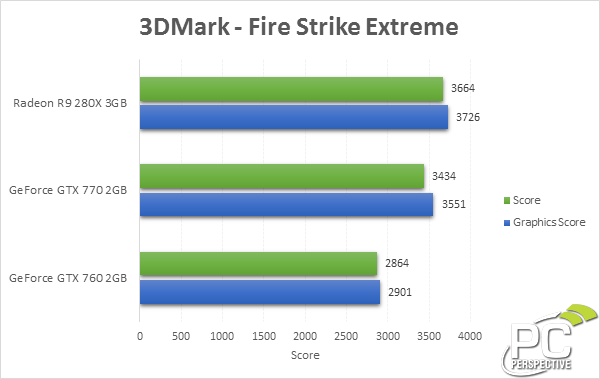 The new 3DMark has always tended to lean towards the compute power of the AMD Radeon graphics cards and this time we see no change – the R9 280X beats out the $100 more expensive GeForce GTX 770 2GB in both standard and Extreme presets. 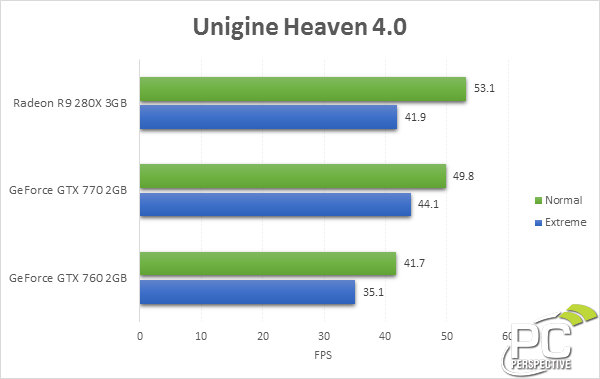 Obviously the advantage that NVIDIA has in tessellation performance helps here as the GTX 770 is able to save some face at the Extreme preset against the R9 280X.  It doesn't help though that it gets beat at the Normal preset by a $100 less expensive GPU.

A PSU for your GPU