All three launch cards we are testing today (the Radeon R9 280X, the R9 270X and the R7 260X) are going to ship with a new standard output configuration.  Rather than the somewhat scatter-shot collection of outputs in most Radeon HD 7000-series cards (even HD 7900s and HD 7800s), most of the new lineup will include a pair of dual-link DVI outputs, a full-size HDMI and a full-size DisplayPort.  This is likely a pretty familiar collection of display outputs for PC Perspective readers as the NVIDIA GeForce GTX 700 family of enthusiast products adopted it as well in mid-2012.

Regardless of who did it first, I still prefer this configuration.  Despite AMD’s claims that DisplayPort would be the dominant input option when the HD 7970 was first shown in 2011, plenty of users are still using and buying monitors that use DVI and HDMI and this configuration gives those gamers more flexibility.

Along with this change comes an update to Eyefinity.  Gone is the requirement that one of your monitors (in a three display setup) be connected via DisplayPort and instead AMD is going to a solution that mirrors what NVIDIA current supports in its Surround technology.  Users of the R9 cards will be able to connect monitors to any output on the card and have the capability to enable Eyefinity.  DVI + DVI + HDMI?  No problem this time around.

This is enabled thanks to a slight rework of the display timing on the cards themselves.  Because two display controllers now share a timing generator you can now support Eyefinity without requiring any kind of DisplayPort adapter on legacy displays.  This works with single link and dual link port configurations as well. 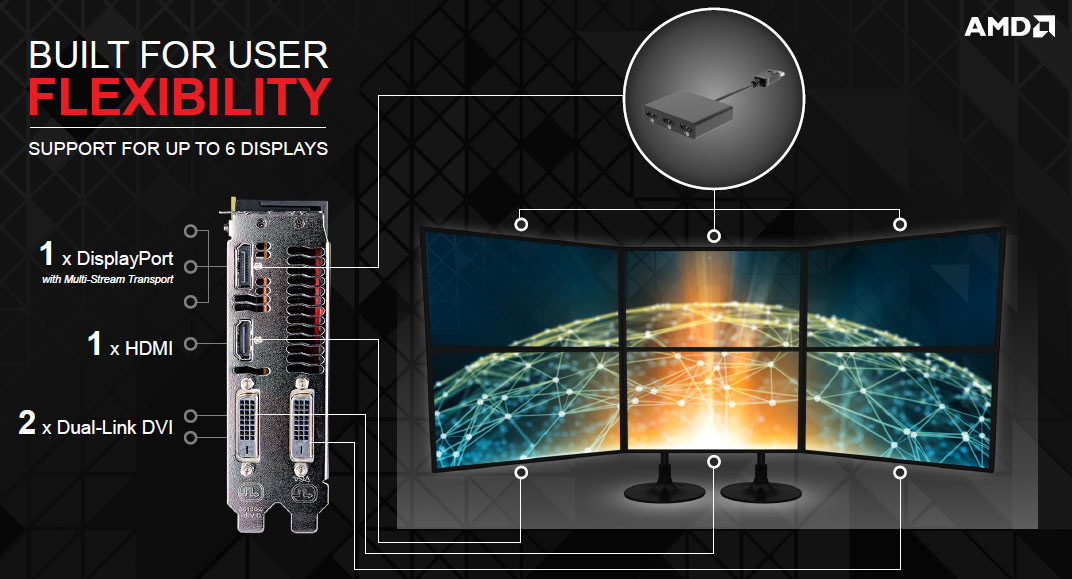 As it turns out, because the HD 7000 series is so similar to the R9/R7 cards that are launching today, users are going to be allowed to run them in CrossFire configurations in mixed pairs.  That means if you have a Radeon HD 7970 GHz Edition card in your PC now you can add in an R9 280X and run them in CrossFire.  The same is true with the HD 7870 and the R9 270X as well as the HD 7790 and R7 260X.  If anything is indicative that these releases are really just rebrands, it is that.

Also, because of that fact (or maybe despite it) there are no changes to the CrossFire pacing concerns that exist today on the HD 7000 series of cards; everything should perform and behave exactly the same.  While you may have noticed that the R9 290X does not have CrossFire bridges in the various photos that have come out, the R9 280X/270X definitely do have them and they are required for CrossFire to function.

This means the work AMD has put into addressing frame pacing in CrossFire for resolutions of 2560×1600 and lower are applied to the R9 series of cards.  That also means that the Eyefinity/4K + CrossFire issues that we recently explored that continue to exist with the HD 7000s also continue to exist with the R9 280X and R9 270X.  AMD has promised a fix for both th R9 cards and the HD 7000 cards this fall.

There is a chance that the 260X is actually already fixed on Eyefinity + CrossFire scaling thanks to it being the test platform for the newer XDMA CrossFire integrating but we really want to test it on the R9 290X that actually has the compute power necessary to push bandwidth limits.