We take cards from ASUS, MSI and Sapphire to compare some retail options of the Radeon R9 280X.

Earlier this month AMD took the wraps off of a revamped and restyled family of GPUs under the Radeon R9 and R7 brands.  When I reviewed the R9 280X, essentially a lower cost version of the Radoen HD 7970 GHz Edition, I came away impressed with the package AMD was able to put together.  Though there was no new hardware to really discuss with the R9 280X, the price drop placed the cards in a very aggressive position adjacent the NVIDIA GeForce line-up (including the GeForce GTX 770 and the GTX 760).

As a result, I fully expect the R9 280X to be a great selling GPU for those gamers with a mid-range budget of $300.

But another of the benefits of using an existing GPU architecture is the ability for board partners to very quickly release custom built versions of the R9 280X. Companies like ASUS, MSI, and Sapphire are able to have overclocked and custom-cooled alternatives to the 3GB $300 card, almost immediately, by simply adapting the HD 7970 PCB.

Today we are going to be reviewing a set of three different R9 280X cards: the ASUS DirectCU II, MSI Twin Frozr Gaming, and the Sapphire TOXIC.

ASUS has a great track record in developing custom built graphics cards for both AMD and NVIDIA GPUs.  The new 280X DirectCU II take an existing cooler and apply it to the R9 280X all while bringing down the price. 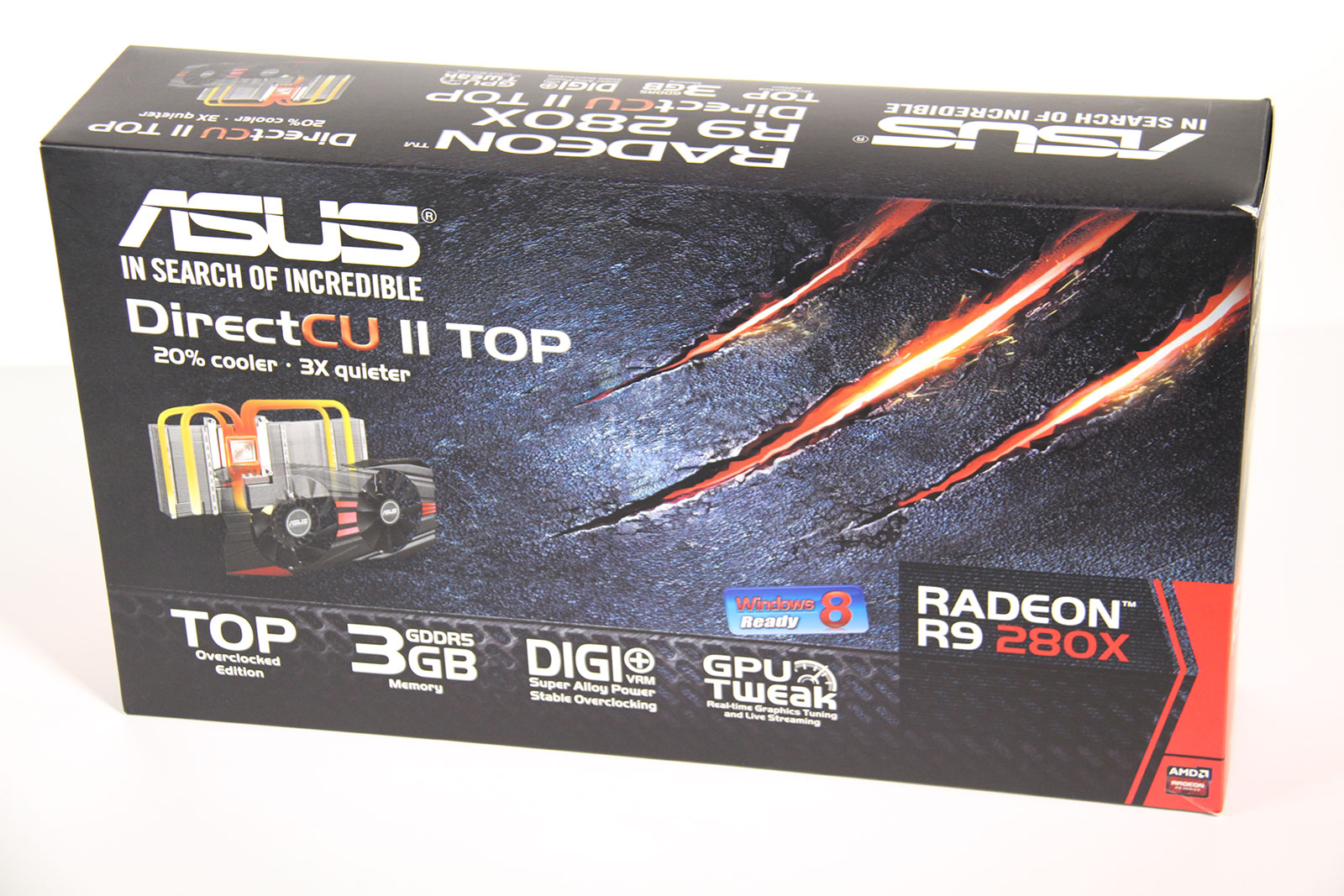 Part of the TOP branding from ASUS, this R9 280X comes overclocked out of the box. It is built on a non-reference PCB which engineers have poured a lot of design time into.  The DIGI+ VRM supplies more stable power to the GPU and components to help overclocking stability without drawing signifanctly more power from the PSU. 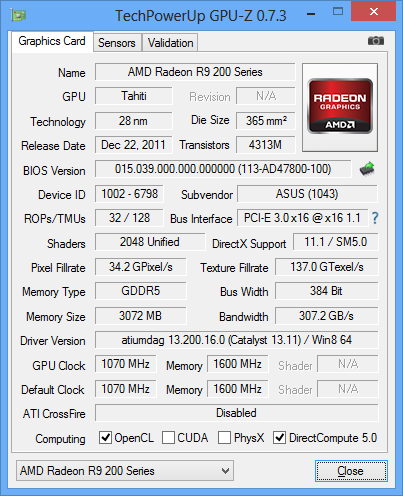 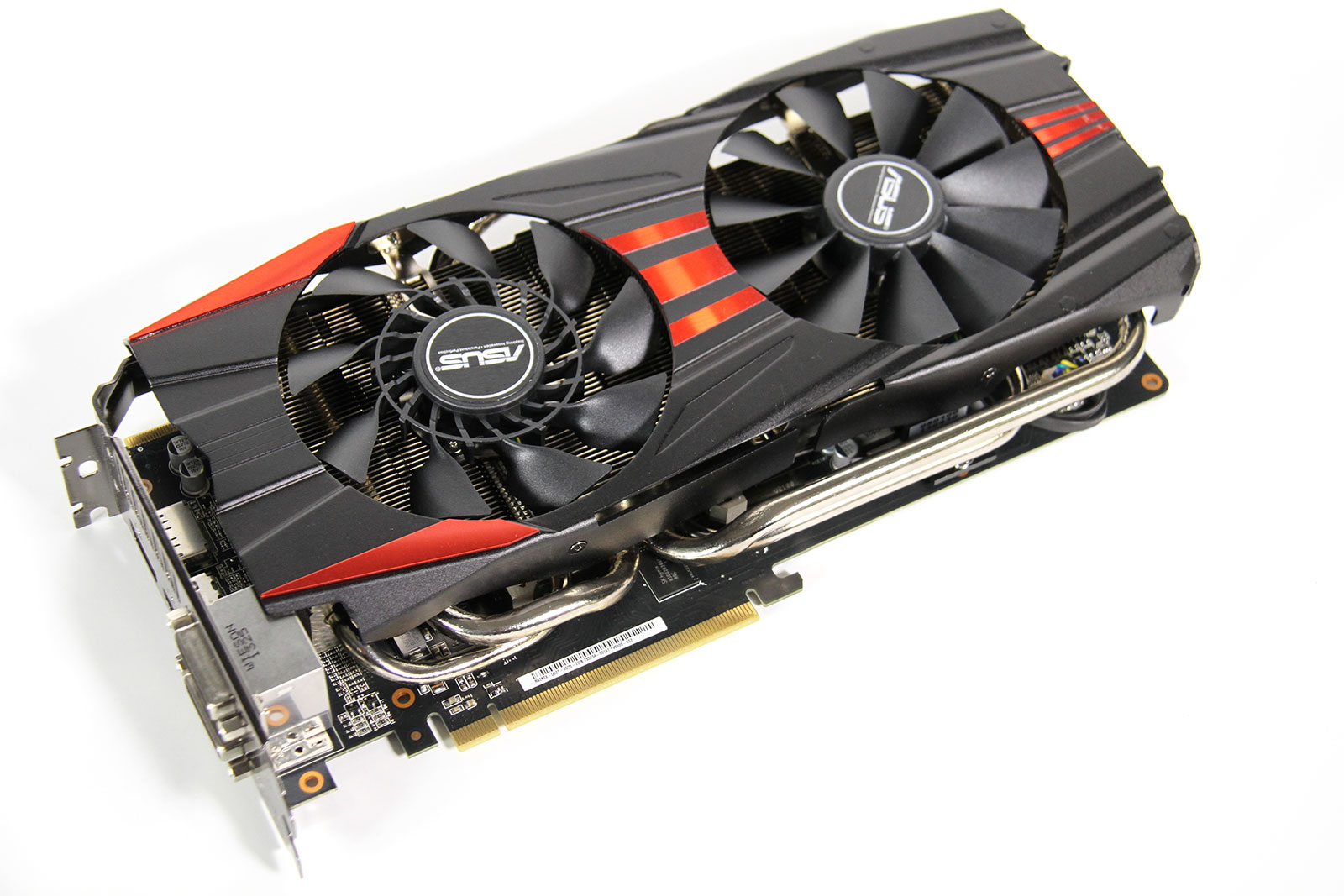 The design of the ASUS R9 280X DCII should look pretty familiar to frequenters of PC Perspective because the cooler is nearly identical to the NVIDIA-based ASUS TOP card.  The dual fans are different from one another – the front one is a CoolTech fan able to move more air while remaining quiet at the same time. 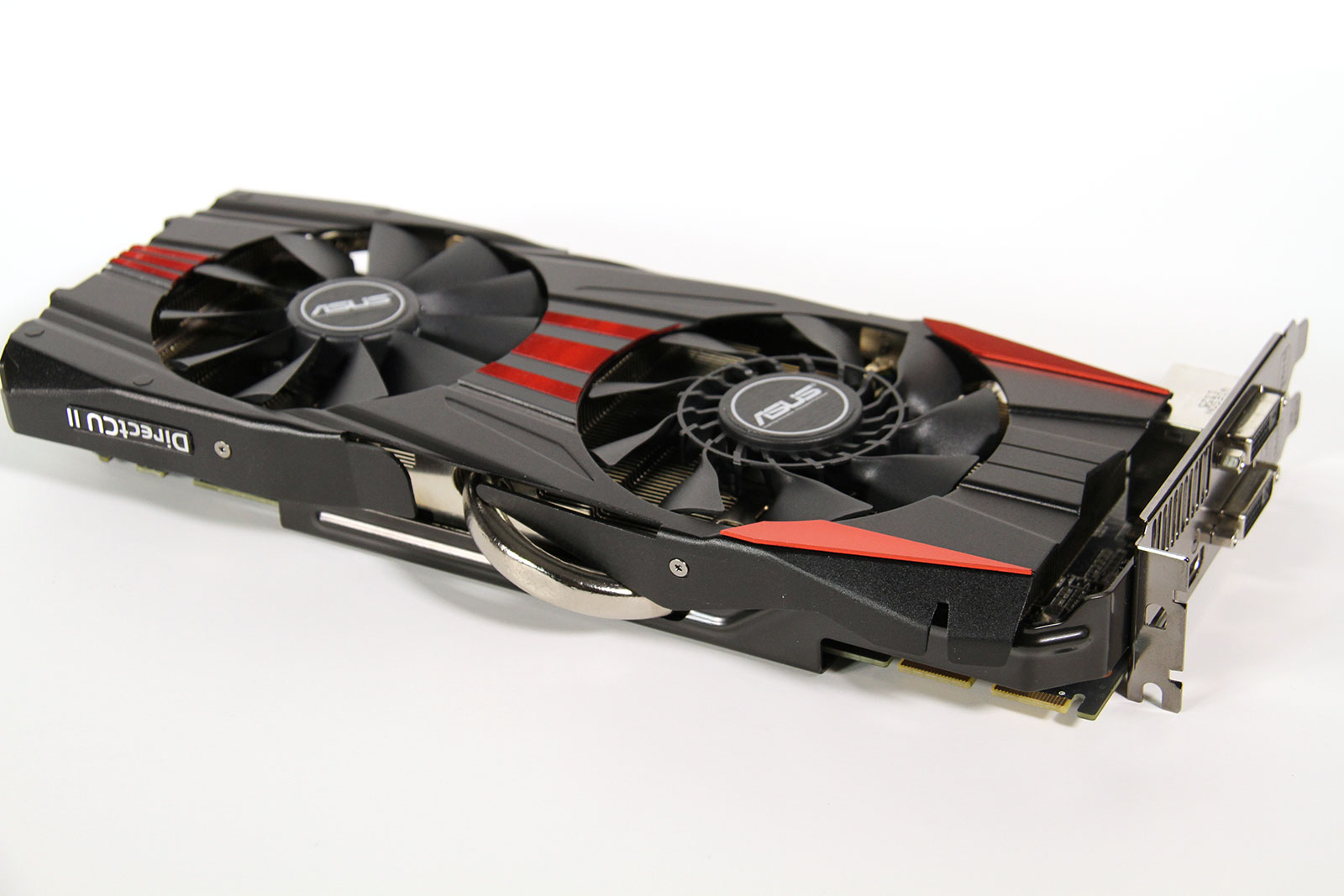 The heatpipe cooler design has also been revamped to improve thermal capacity by 40% compared to the reference from AMD.  The heatpipes have been bumped up from 8mm to 10mm diameter and thanks to a larger surface area on the cooler you should see much lower temperatures on this card than we saw with our reference 280X testing. 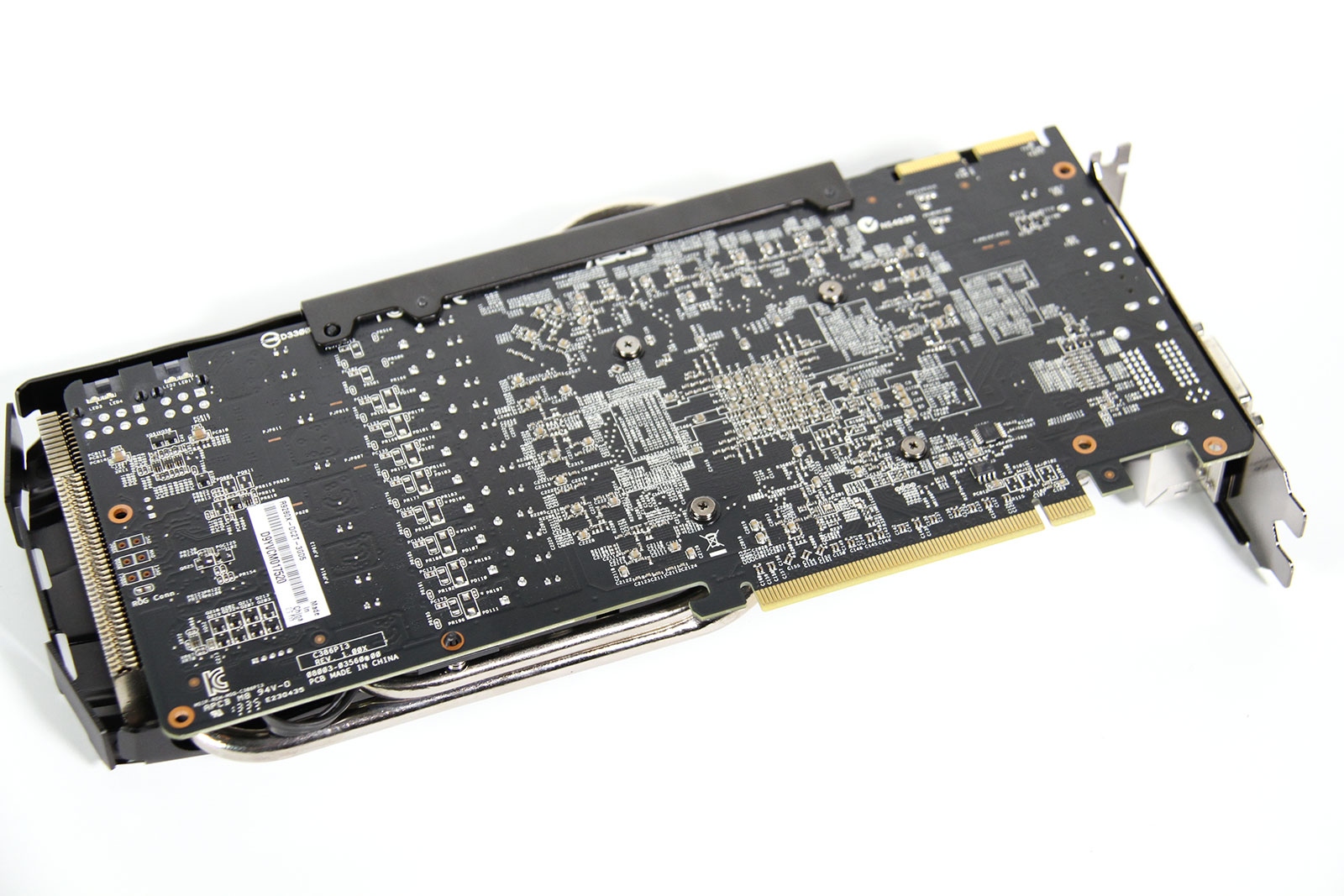 Not satisfied with the standard PCB, ASUS improved on the R9 280X by integrating an 8 phase PWM configuration for the GPU and dual phase solution for the memory.  The DIGI+ VRM all digital power controller uses concrete alloy chokes to reduce power whine and supply a higher voltage threshold. 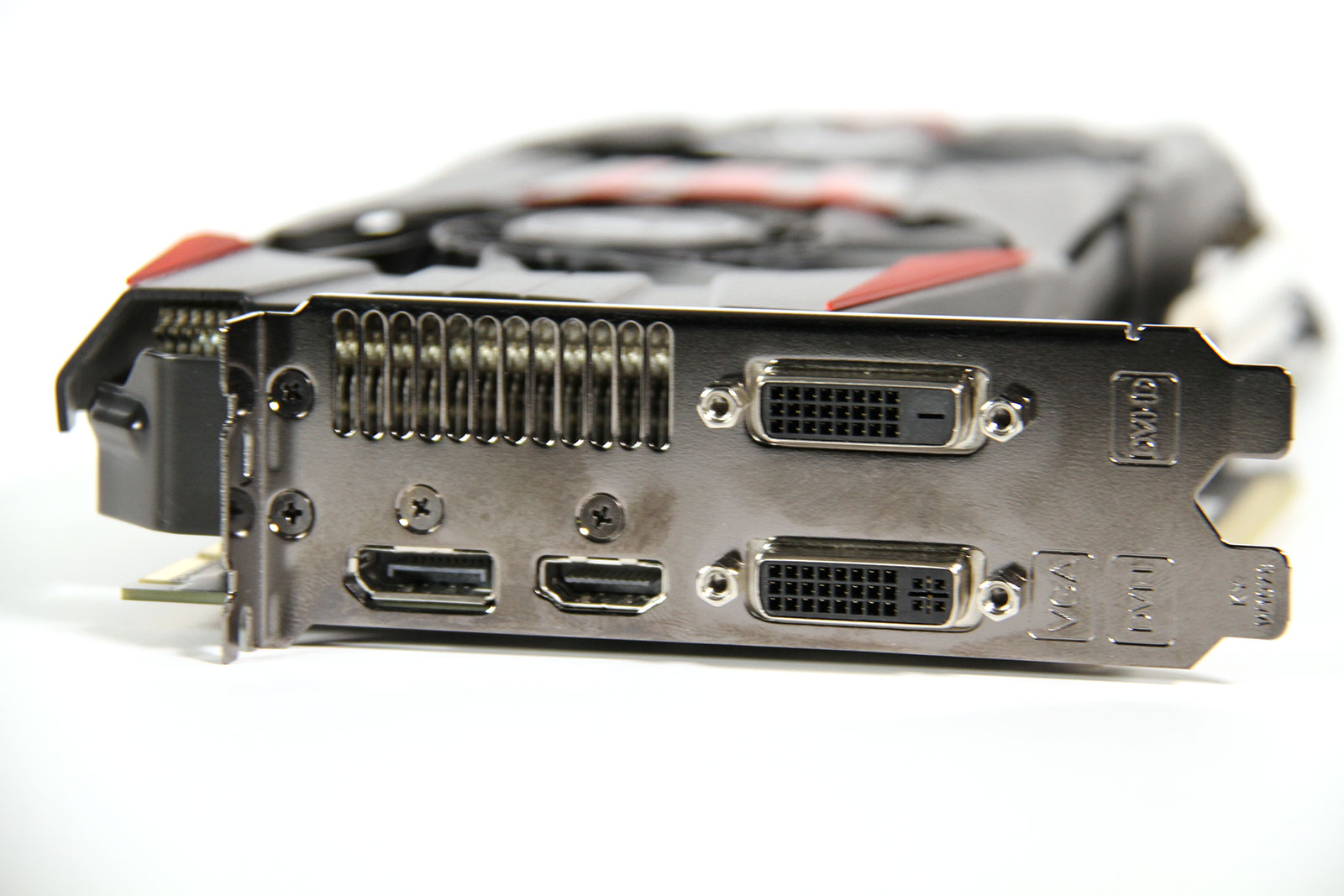 ASUS has gone with the standard output configuration for the R9 280X that includes a pair of dual-link DVI connections, a full-size HDMI port, and a full-size DisplayPort.