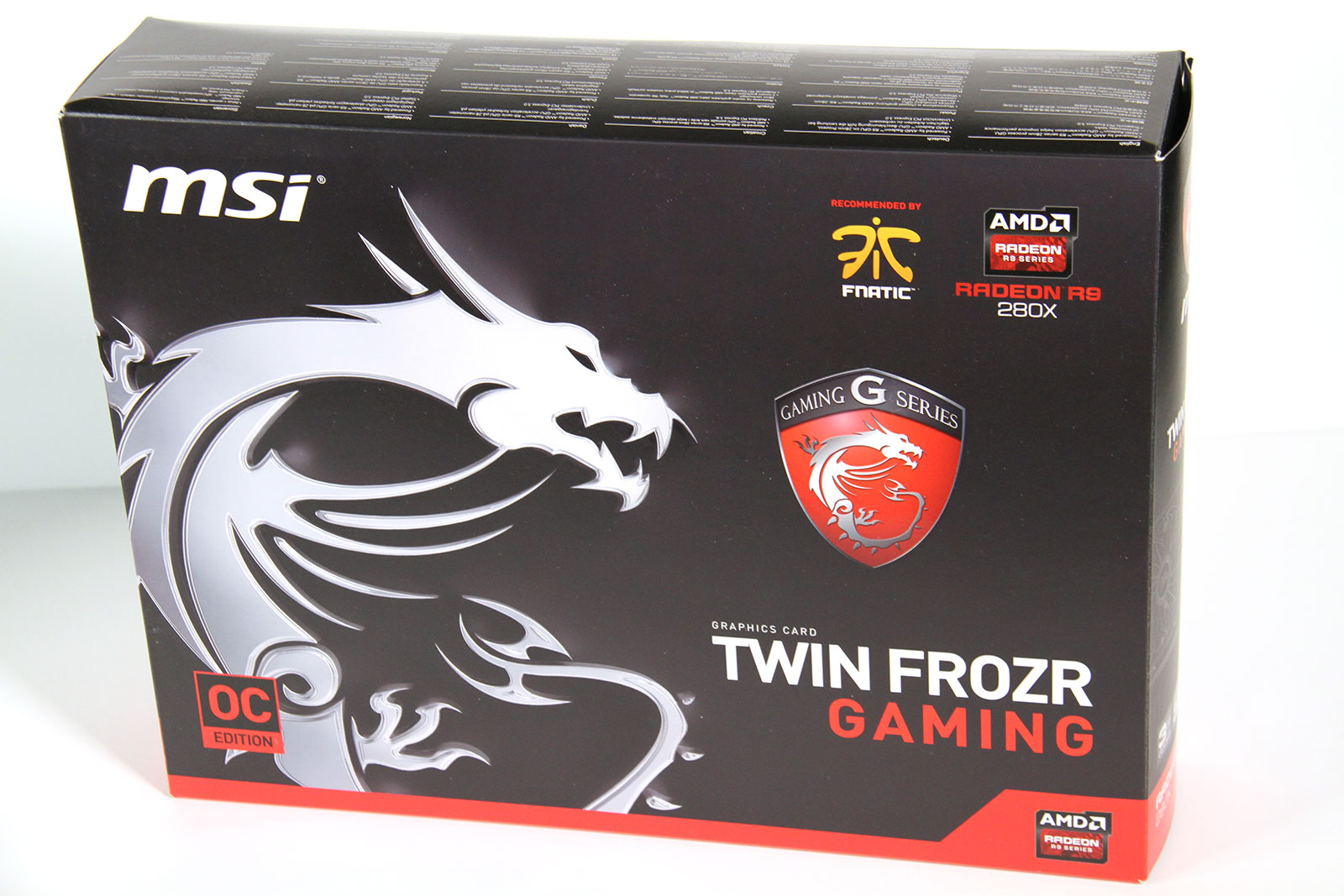 The next card in our roundup today is the MSI R9 280X Twin Frozr Gamer.  Again, because of the similarity between the R9 280X and HD 7970 GPUs, MSI was able to basically apply the same cooler and PCB for this product as it had in the past. 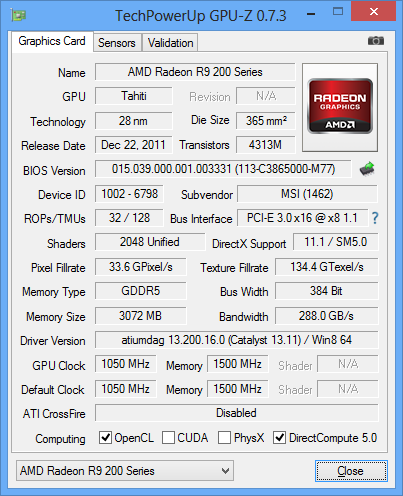 This card also comes overclocked out of the box but only by a very modest amount.  The GPU speed is only 50 MHz higher than reference while the memory clock stick to the 1500 MHz default settings.  Despite this, the card will obviously overclock higher thanks in part to the design and cooler. 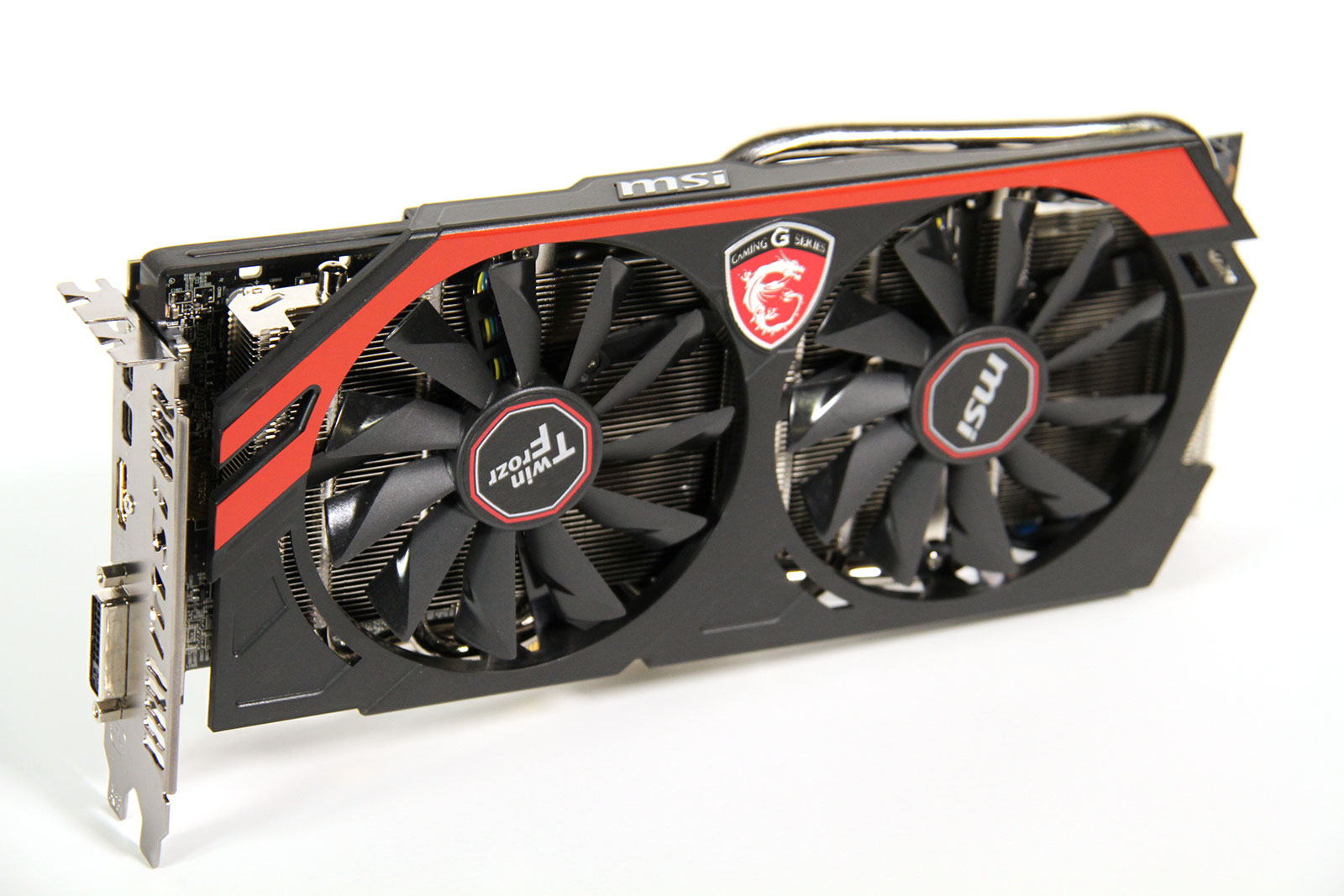 The dual fans on the MSI Twin Frozr cooler are larger than most and that allows them to run at lower RPMs while moving the same amount of air and thus reducing noise.  MSI claims that by using a technology called Airflow Control they are able to deflect more of the moving air from the fans over the heatpipes directly. 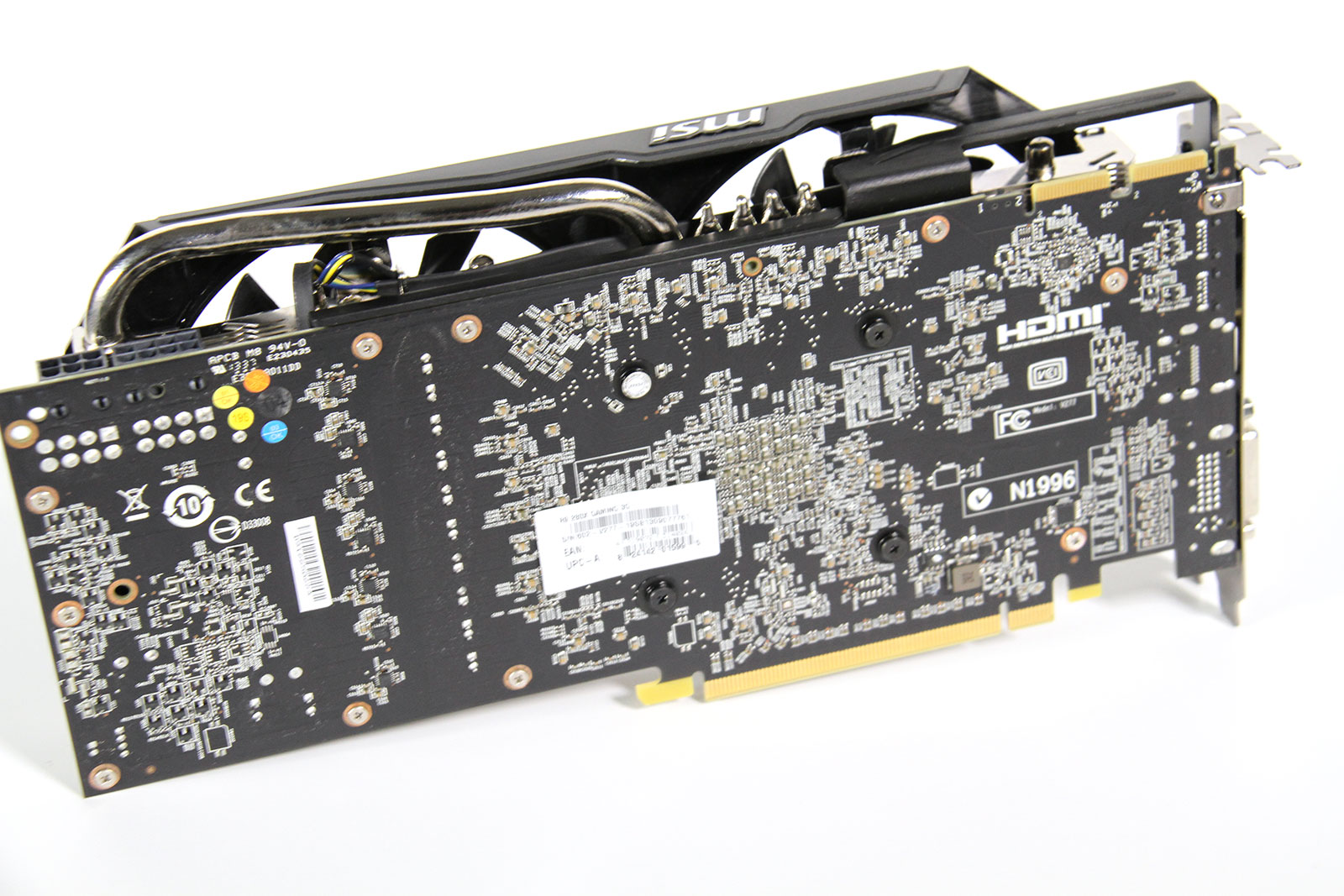 MSI's PCB continues to use what they call Military Class components, rated at levels above and beyond what is required.  These include all solid capacitors, super ferrite chokes that run cooler and have higher voltage capacity, and the same Hi-C caps used on MSI's top end motherboards. 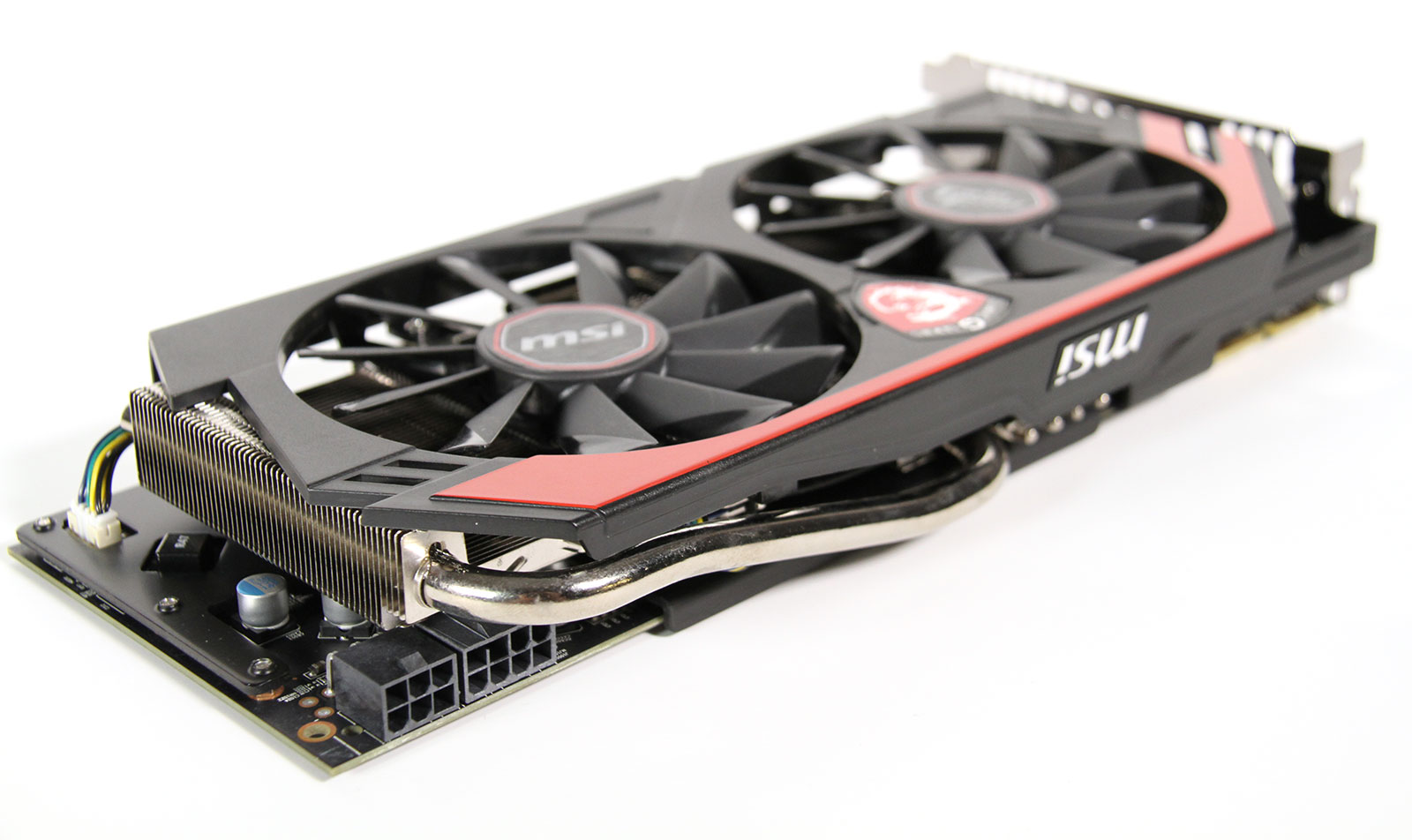 Of course, what MSI product would be complete without the famous SuperPipes!?  These larger diameter heat pipes dissipate more than traditional heat pipes and can more quickly do so. 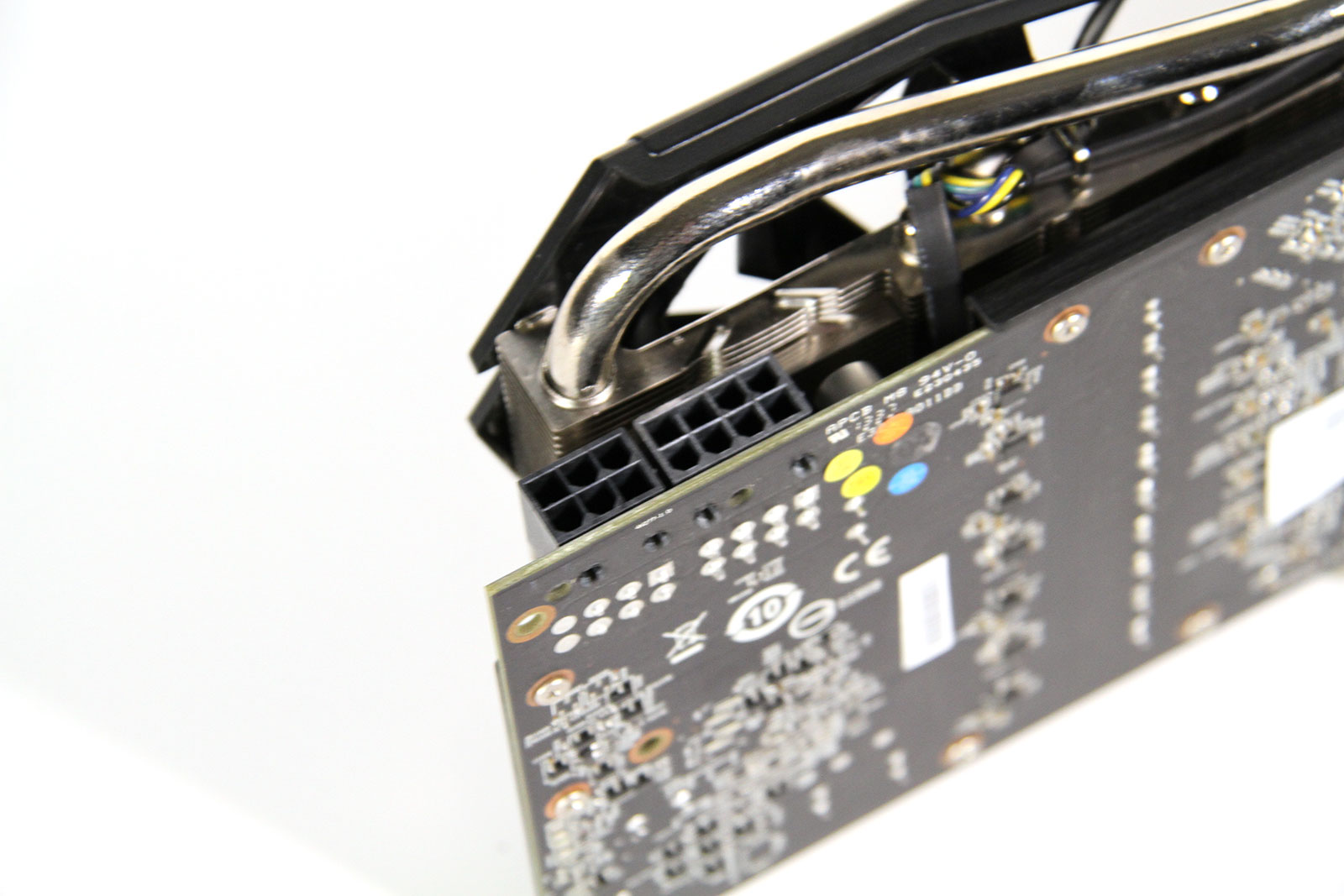 That enourmous SuperPipe filters right past the 8+6 power configuration on the MSI Twin Frozr Gaming R9 280X which can make removing the power connections a bit more cramped than with other 280X cards on the market. 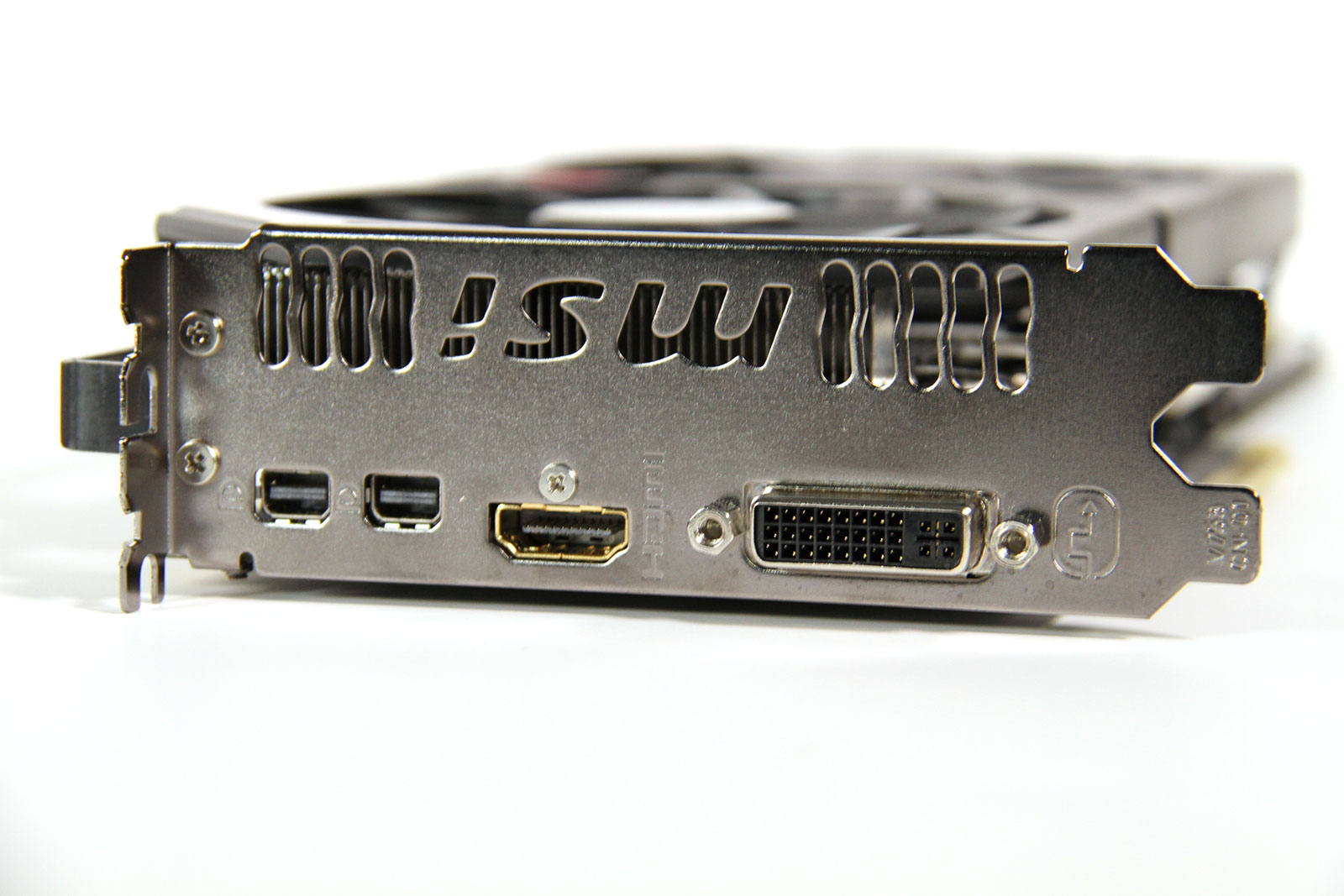 MSI did change things up a bit on the connection front by replacing the single full-size DisplayPort connection with a pair of mini-DP ports.  Those, coupled with the HDMI and dual-link DVI port, bring the total connections on this card to four.  Though I like the idea of the mini-DP selection, I think losing one of the DVI ports to be a poor trade off.