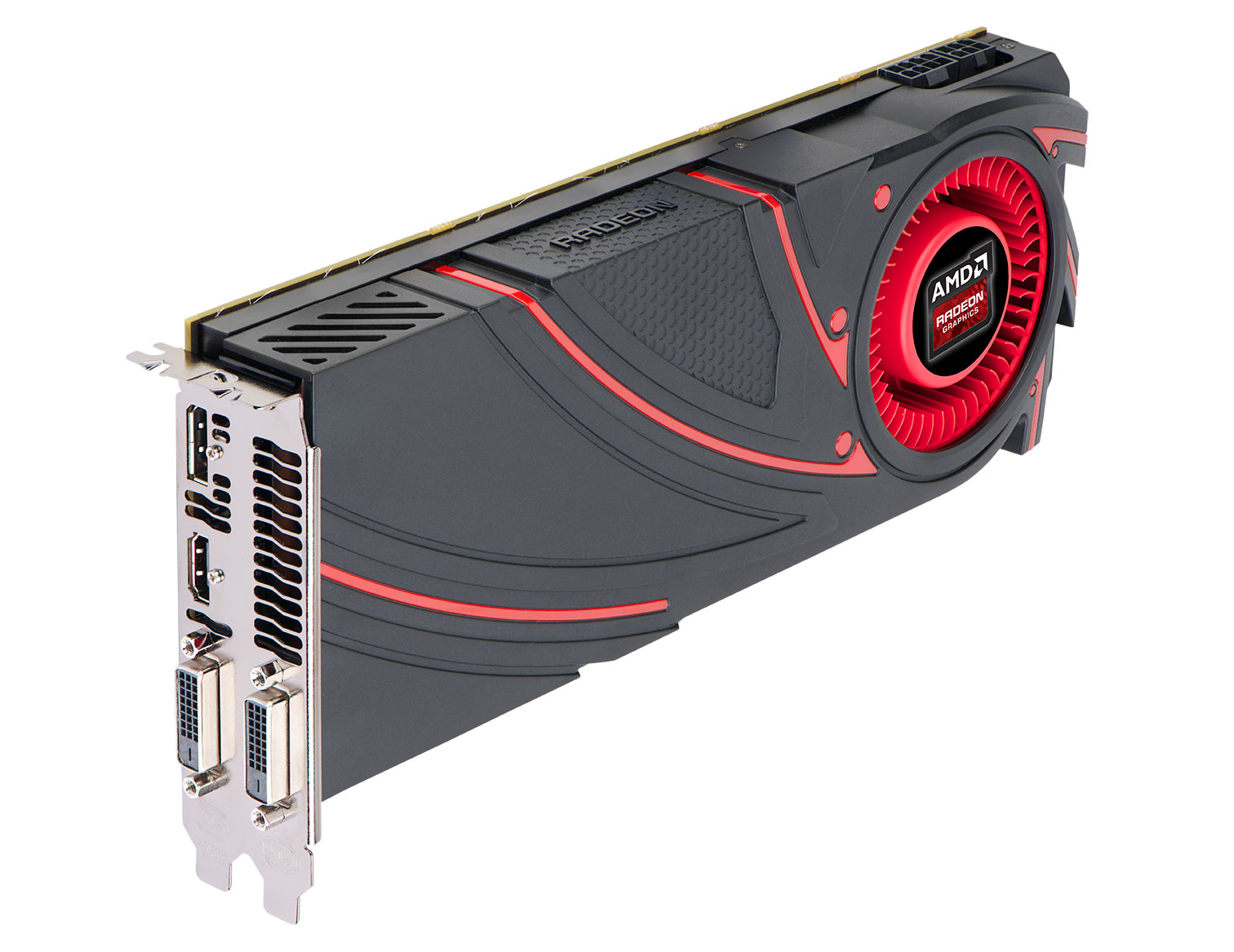 AMD’s new flagship GPU is finally here and we have all the benchmark results to tell you where it stands!!

Last month AMD brought media, analysts, and customers out to Hawaii to talk about a new graphics chip coming out this year.  As you might have guessed based on the location: the code name for this GPU was in fact, Hawaii. It was targeted at the high end of the discrete graphics market to take on the likes of the GTX 780 and GTX TITAN from NVIDIA.

Earlier this month we reviewed the AMD Radeon R9 280X, R9 270X, and the R7 260X. None of these were based on that new GPU.  Instead, these cards were all rebrands and repositionings of existing hardware in the market (albeit at reduced prices).  Those lower prices made the R9 280X one of our favorite GPUs of the moment as it offers performance per price points currently unmatched by NVIDIA.

But today is a little different, today we are talking about a much more expensive product that has to live up to some pretty lofty goals and ambitions set forward by the AMD PR and marketing machine.  At $549 MSRP, the new AMD Radeon R9 290X will become the flagship of the Radeon brand.  The question is: to where does that ship sail?

To be quite upfront about it, the Hawaii design is very similar to that of the Tahiti GPU from the Radeon HD 7970 and R9 280X cards.  Based on the same GCN (Graphics Core Next) architecture AMD assured us would be its long term vision, Hawaii ups the ante in a few key areas while maintaining the same core. 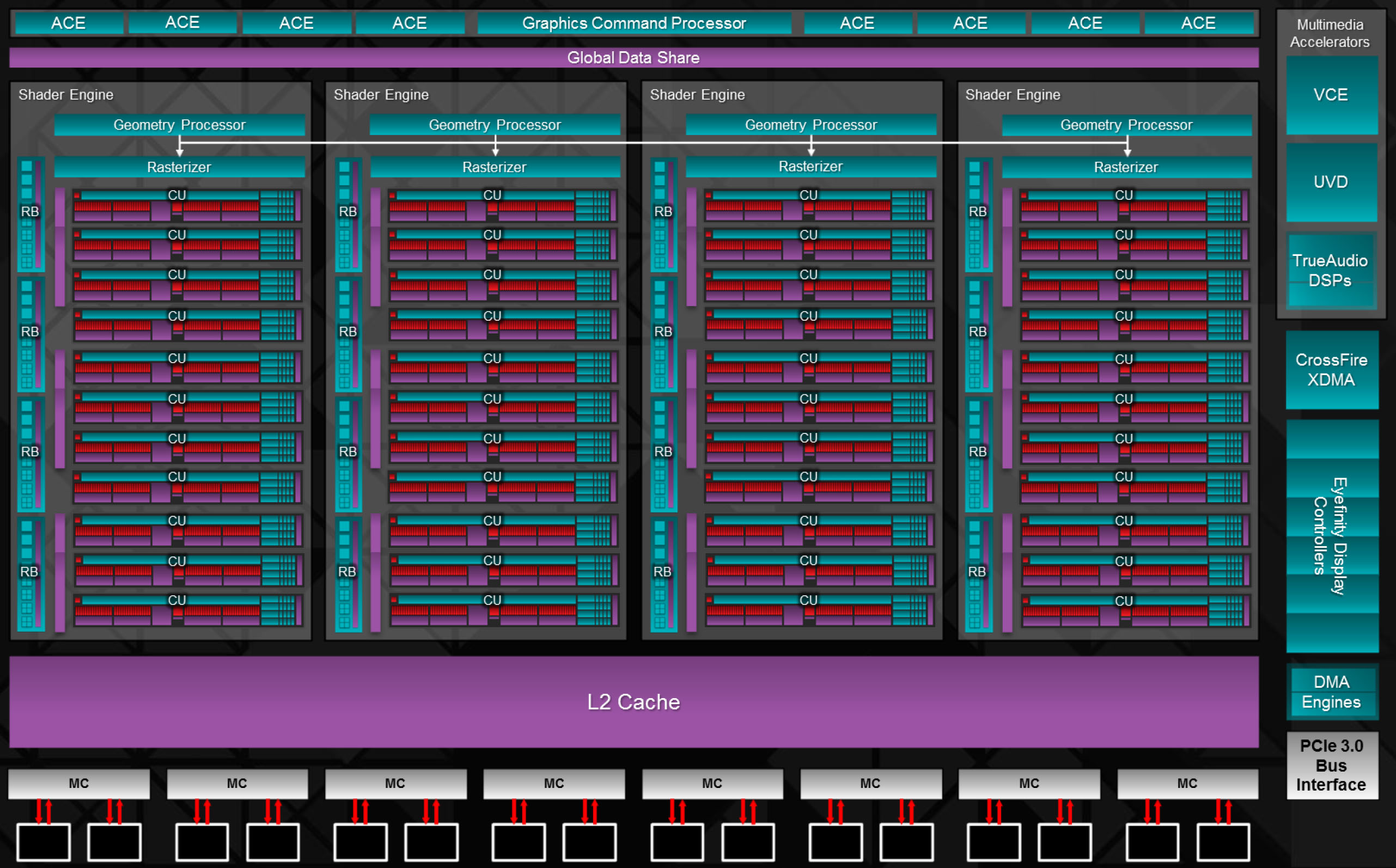 Hawaii is built around Shader Engines, of which the R9 290X has four.  Each of these includes 11 CU (compute units) which hold 4 SIMD arrays each.  Doing the quick math brings us to a total stream processor count of 2,816 on the R9 290X.

The four shader engines allow the R9 290X to process almost double the amount of primitives as the earlier R9 280X (HD 7970).  There are four tessellation engines in total, so tessellation performance should get a modest boost when compared to previous products, as well as being more in line with what NVIDIA offers in their latest cards.

AMD’s GCN architecture has proven to be very robust and flexible.  Each CU is comprised of 4 x 16 wide vector units, a single scalar unit, 4 texture filter units, the associated texture fetch load/store units, and plenty of registers, data shares, and cache.  While the basic unit remains the same for the R9 290X as it has with the parts released last year, they are still very high performance compute units that are a massive step forward from the previous VLIW 4/5 architectures from past AMD cards.

Double the primitives, double the geometry throughput, and double the tessellation.  AMD has beefed up the front end of Hawaii so it will be more apt to compete with the high end GTX 780 and GTX Titan from NVIDIA.  Tessellation and geometry performance has always been lower than what NVIDIA offers, but this should cover most of the bases when it comes to real-world gameplay involving tessellation.

This chip offers up 64 pixels per clock.  It also offers up to 128 Z/Stencil operations as well.  Each render back end is attached to a memory controller and it offers a tremendous amount of fillrate per clock.  Running between 800 and 1000 MHz, a single card should be able to color a whole lot of pixels on multiple screens without issue.

Speaking of memory controllers, we see that the R9 290X has eight of them.  This allows for a memory bus width of 512 bits.  AMD is shipping this card with 4GB of memory running at 5 GHz effective giving around 320 GB/sec of bandwidth.  This outstrips the 320 bit memory controllers of the HD 7970/R9 280X, the GTX 780, and the GTX Titan.

Hawaii is a bigger chip than what AMD is used to.  It is quite a bit smaller than the 530 mm squared GK110, but it seems to actually be a small step above that other part in terms of performance across different workloads.  In this table we see that we have a doubling of primitives, 1.3x compute, higher tex and pixel fillrate, higher memory bandwidth (that could potentially go higher with faster memory), and a die area well below those ratios between the Tahiti chip and Hawaii.  AMD has rearranged the GCN architecture to maximize all of those characteristics without exploding the die size and transistor count.  This is a very powerful chip and it is not all that much bigger than the previous high end from AMD. 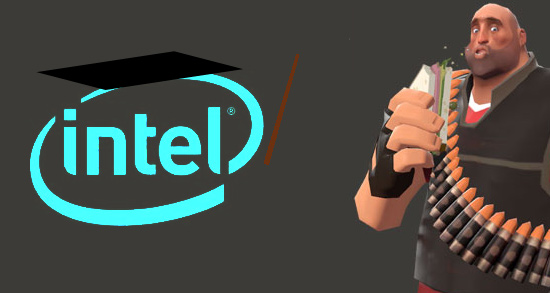