The Republic of Gamers is back… is this the successor we’ve waited for?

As we’re swimming through the veritable flood of Haswell refresh notebooks, we’ve stumbled across the latest in a line of very popular gaming models: the ASUS G750JX-DB71.  This notebook is the successor to the well-known G75 series, which topped out at an Intel Core i7-3630QM with NVIDIA GeForce GTX 670MX dedicated graphics.  Now, ASUS has jacked up the specs a little more, including the latest 4th-gen CPUs from Intel as well as 700-series NVIDIA GPUs. 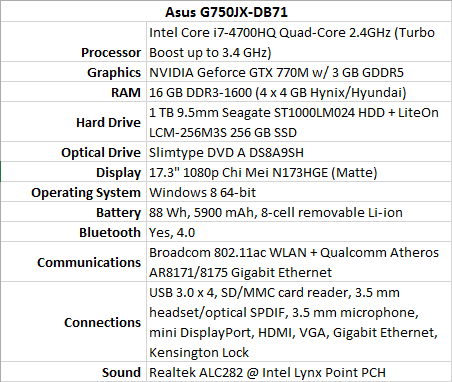 Of course, the closest comparison to this unit is already the most recently-reviewed MSI GT60-2OD-026US, which featured nearly identical specifications, apart from a 15.6” screen, a better GPU (a GTX 780M with 4 GB GDDR5), and a slightly different CPU (the Intel Core i7-4700MQ).  In case you’re wondering what the difference is between the ASUS G750JX’s Core i7-4700MQ and the GT60’s i7-4700HQ, it’s very minor: the HQ features a slightly faster integrated graphics Turbo frequency (1.2 GHz vs. 1.15 GHz) and supports Intel Virtualization Technology for Directed I/O (VT-d).  Since the G750JX doesn’t support Optimus, we won’t ever be using the integrated graphics, and unless you’re doing a lot with virtual machines, VT-d isn’t likely to offer any benefits, either.  So for all intents and purposes, the CPUs are equivalent—meaning the biggest overall performance difference (on the spec sheet, anyway) lies with the GPU and the storage devices (where the G750JX offers more solid-state storage than the GT60).  It’s no secret that the MSI GT60 burned up our benchmarks—so the real question is, how close is the ASUS G750JX to its pedestal, and if the differences are considerable, are they justified?

At an MSRP of around $2,000 (though it can be found for around $100 less), the ASUS G750JX-DB71 competes directly with the likes of the MSI GT60, too (which is priced equivalently).  The question, of course, is whether it truly competes.  Let’s find out! 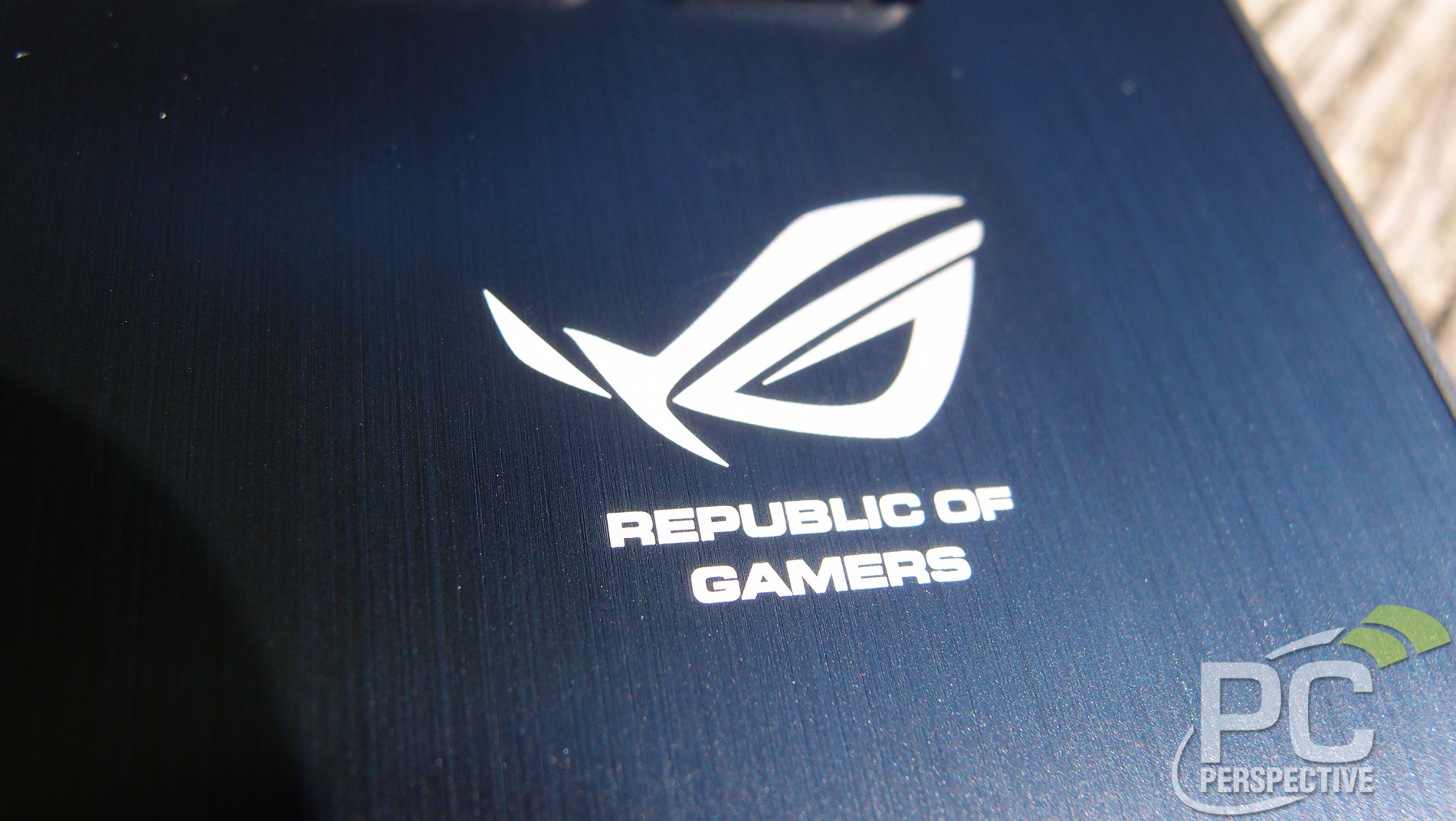 You’ve probably heard it a thousand times, but the ASUS G750JX’s design is said to be inspired by the F-22 Raptor stealth fighter, featuring similar angles and a deep black color in pursuit of both style and ergonomics.  At its heart, it’s still a hulking gaming PC, but it’s slimmer than many others we’ve seen in the same size class.  Its weight, meanwhile, manages to trump the MSI GT60’s (which, again, is a 15.6” model), at 8.8 lbs.  However, thanks to the GT60’s enormous power adapter, the total carry weight is still just a half a pound greater than the GT60’s (at 10.31 vs. the GT60’s 9.86 lbs. – the ASUS power adapter contributing 1.49 lbs. to the total). 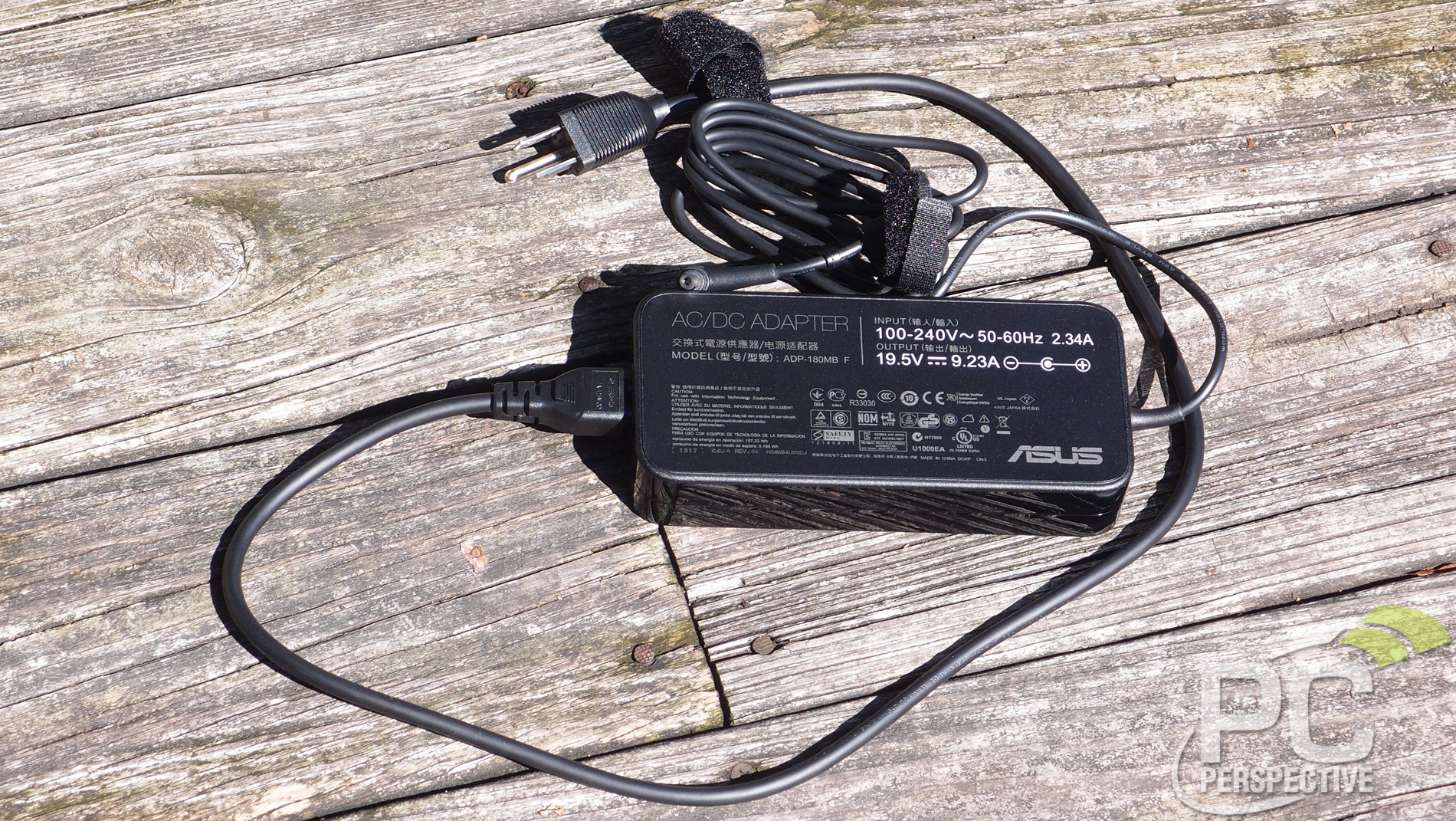 We like the case design, though the display lid’s plastic construction is the first item which stands out as potentially hazardous.  As compared to the GT60’s rigid aluminum-backed lid, the G750JX’s plastic lid easily yields to pressure and does very little to resist twisting.  To its credit, the resulting distortion on the LCD panel during such tests seems relatively minor, though, suggesting a well-reinforced frame between the lid and the panel itself (though still nothing as armored as the GT60’s, which hardly yields at all).  As for the other metal-lined area—the palmrest and top of the base unit, including the keyboard surround—the ASUS G750JX’s unibody construction here easily trumps the GT60’s mishmash of metal and plastic (its keyboard surround and especially its control center are conspicuously plastic).  Almost no flex is present on the base unit at all, including in the center of the keyboard, where a significant amount of pressure is required to produce any sort of movement.  We also were not bothered by the sharp edges on the front of the palmrest that irked us during our time with the Lenovo Y500.  Ergonomically, ASUS has done a top-notch job with the design of the base unit. 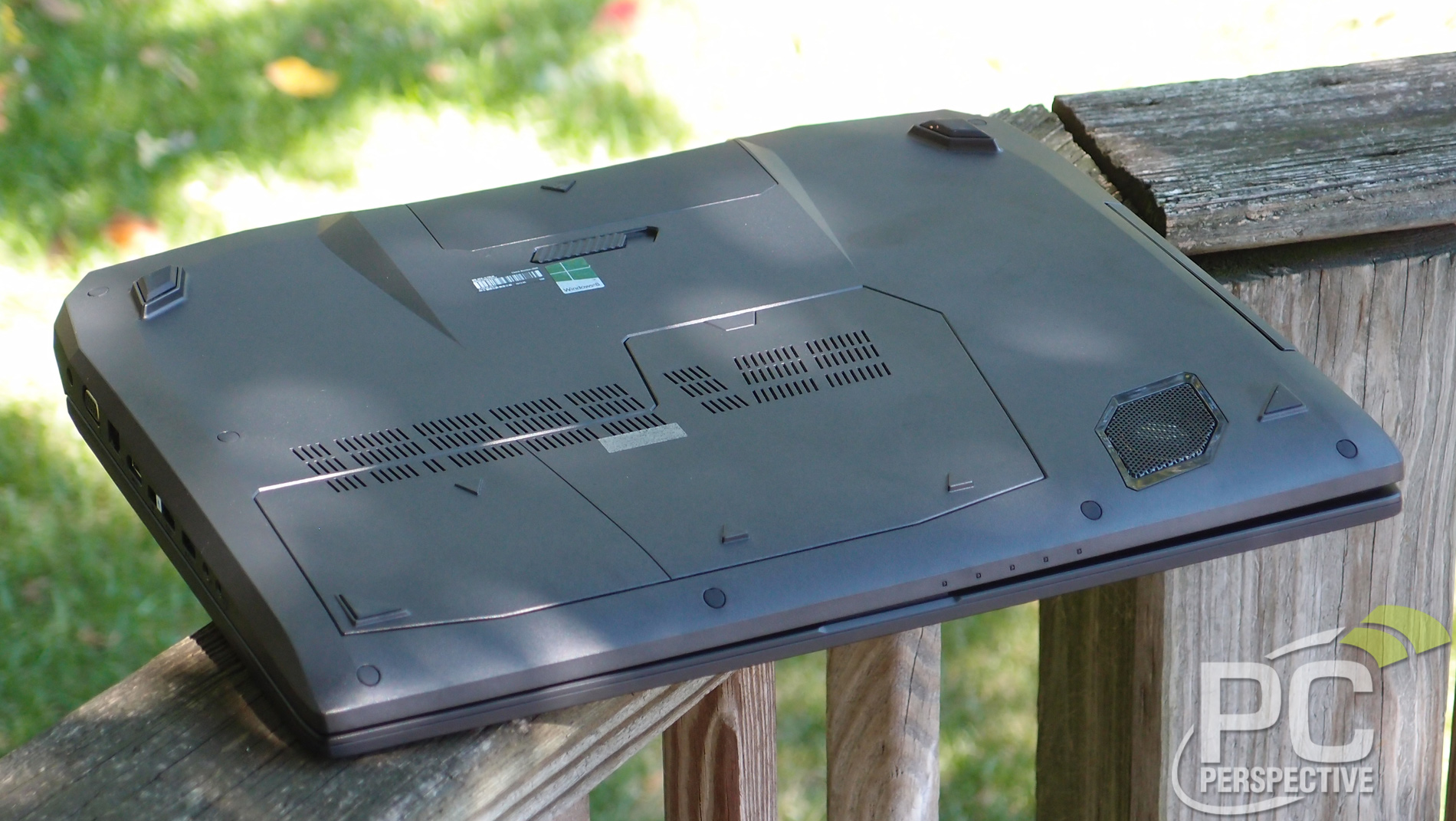 The hard plastic bottom continues the stealth fighter design philosophy, with a unique battery form factor that only spans around a third of the width of the unit.  Four sharp-angled rubber feet—plus a fifth small one on the battery itself—provide ample stability to the unit while resting on a flat surface.  The vents do yield to pressure somewhat, though not nearly as easily as that of the GT60’s.  Overall, there are very few durability concerns with the G750JX, with perhaps the display lid topping the list of potential issues.  Considering its intended use, the case design seems well-planned and deliberate. 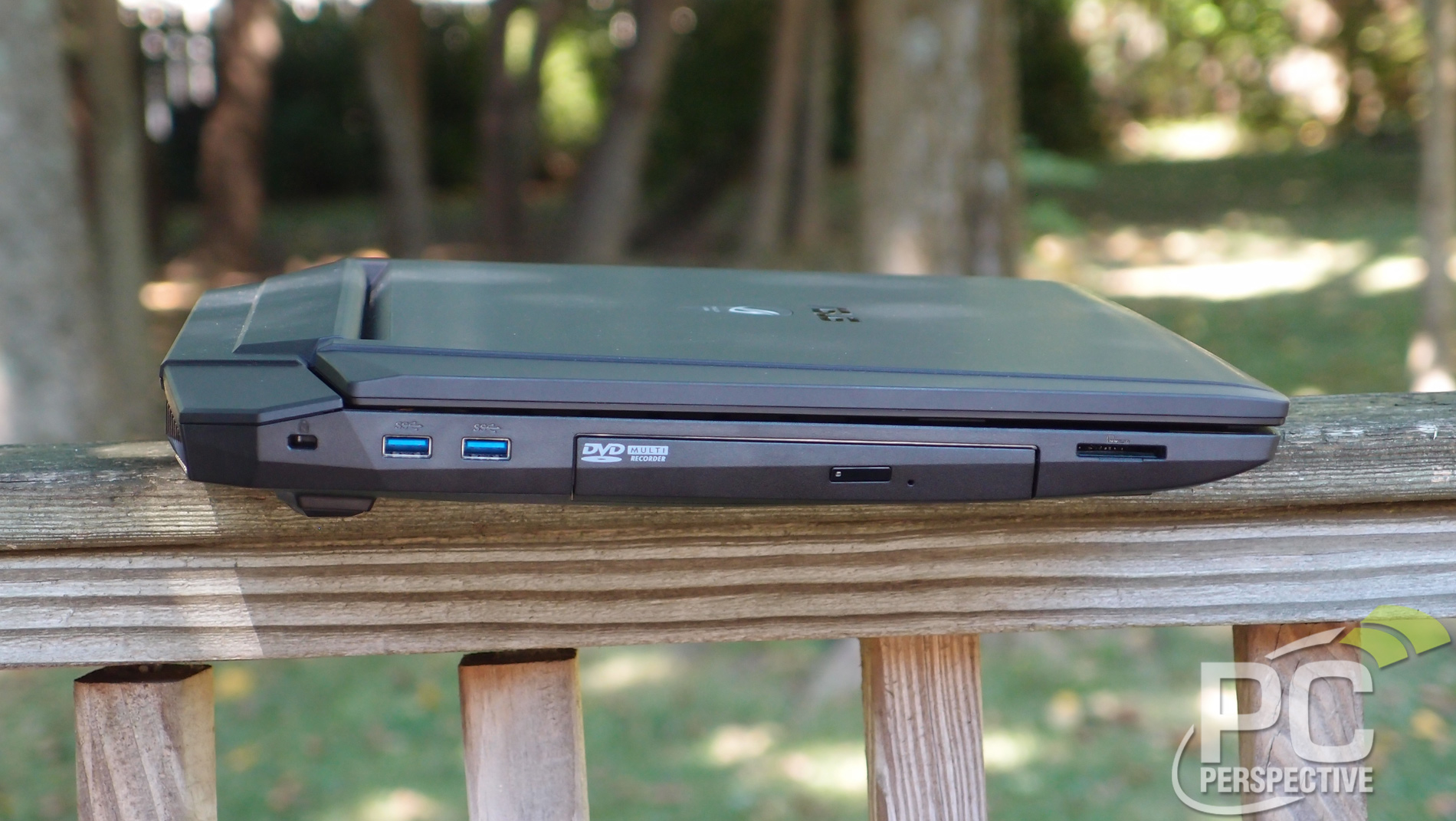 In terms of ports, the G750JX doesn’t disappoint.  We’re treated to four USB 3.0 ports, three video outputs (VGA, HDMI, and mini DisplayPort), and good audio support, too (a microphone port coupled with a headset + SPDIF over 3.5 mm port).  One of our complaints about the Y500’s design was the side-mounted exhaust vents, which blew hot air directly onto our hands while using a mouse.  That’s not a problem with the G750JX; both of its exhaust vents (one for the CPU and GPU each) are mounted on opposite sides of the unit’s rear, which is far more convenient. 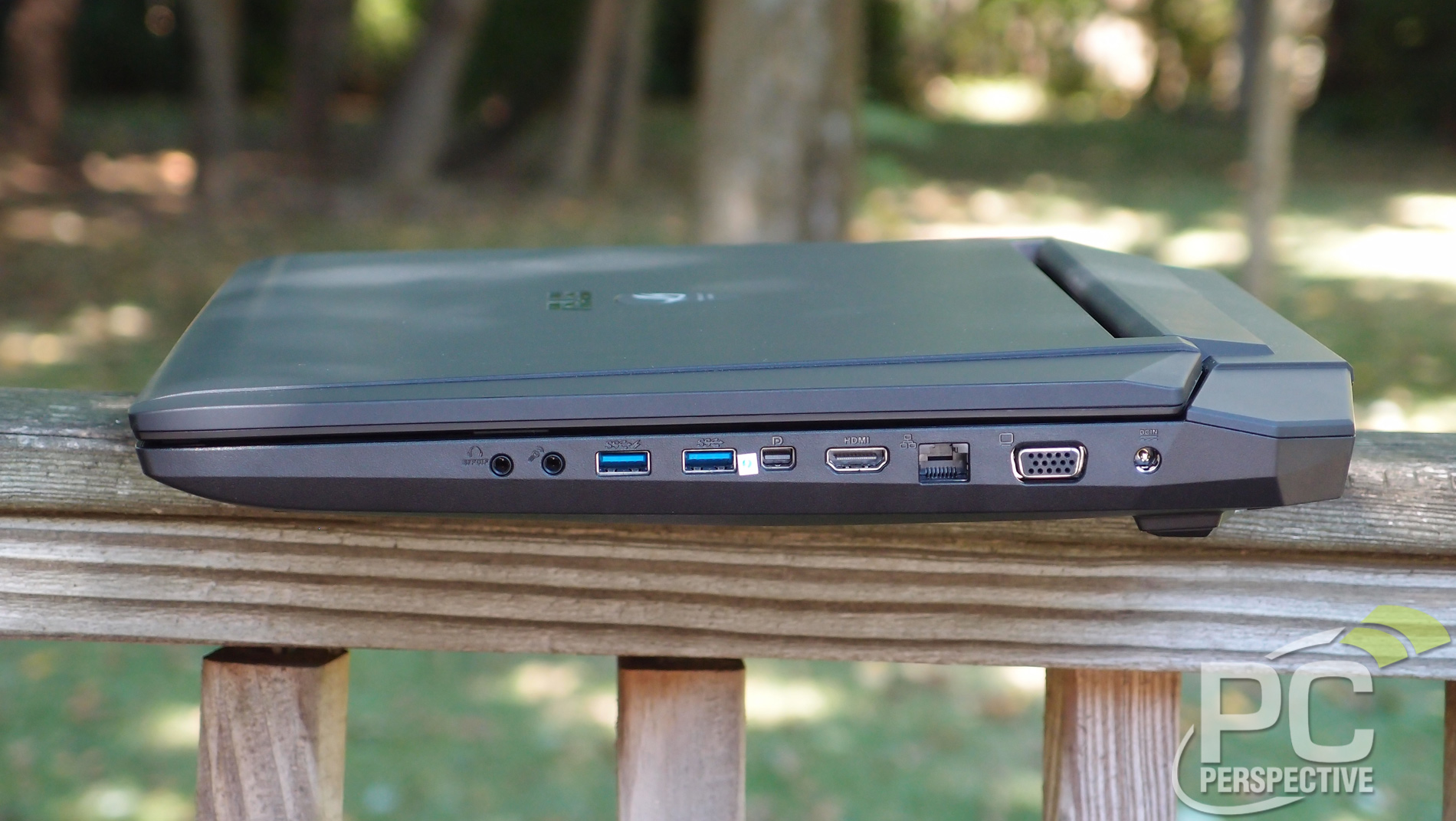 Maintenance and hardware replacements on the G750JX are not for the faint of heart.  Only two of the four RAM slots and both hard drive bays are easily accessible via the bottom of the notebook; everything else, including the heatsink fans, wireless card, and CMOS battery, are hidden away beneath the top cover of the notebook, which requires major disassembly to conquer.  Keep in mind that if you’re upgrading RAM, you will need DDR3 Low Power (DDR3L, 1.35V) SODIMMs, as are standard on all Haswell models. 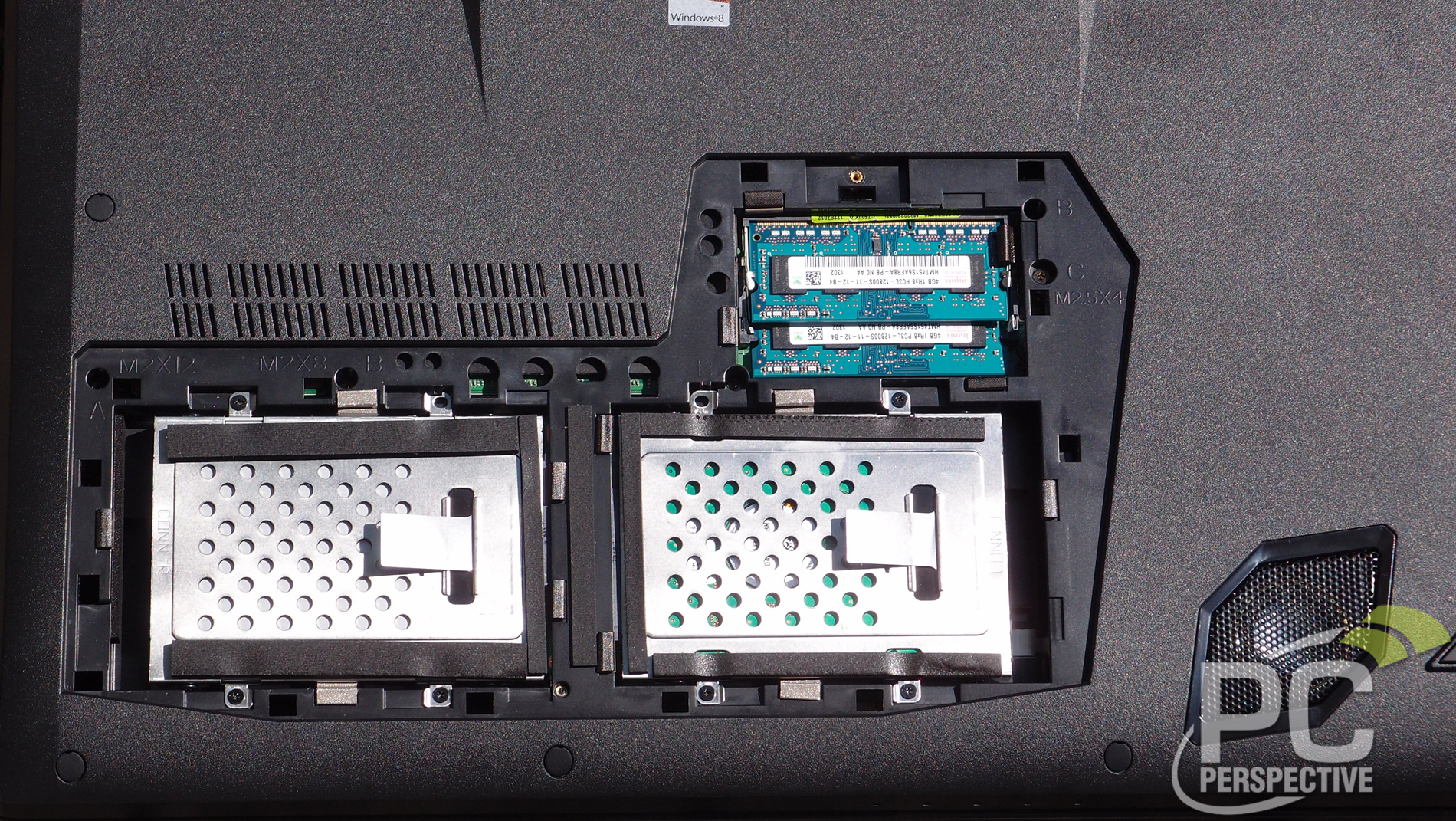 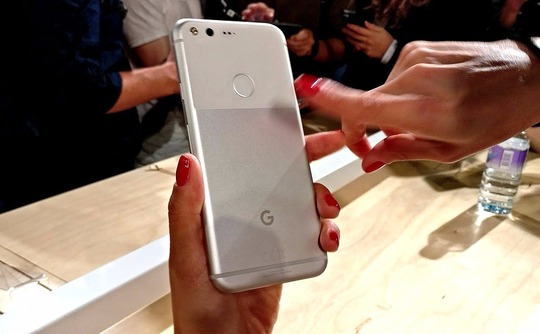