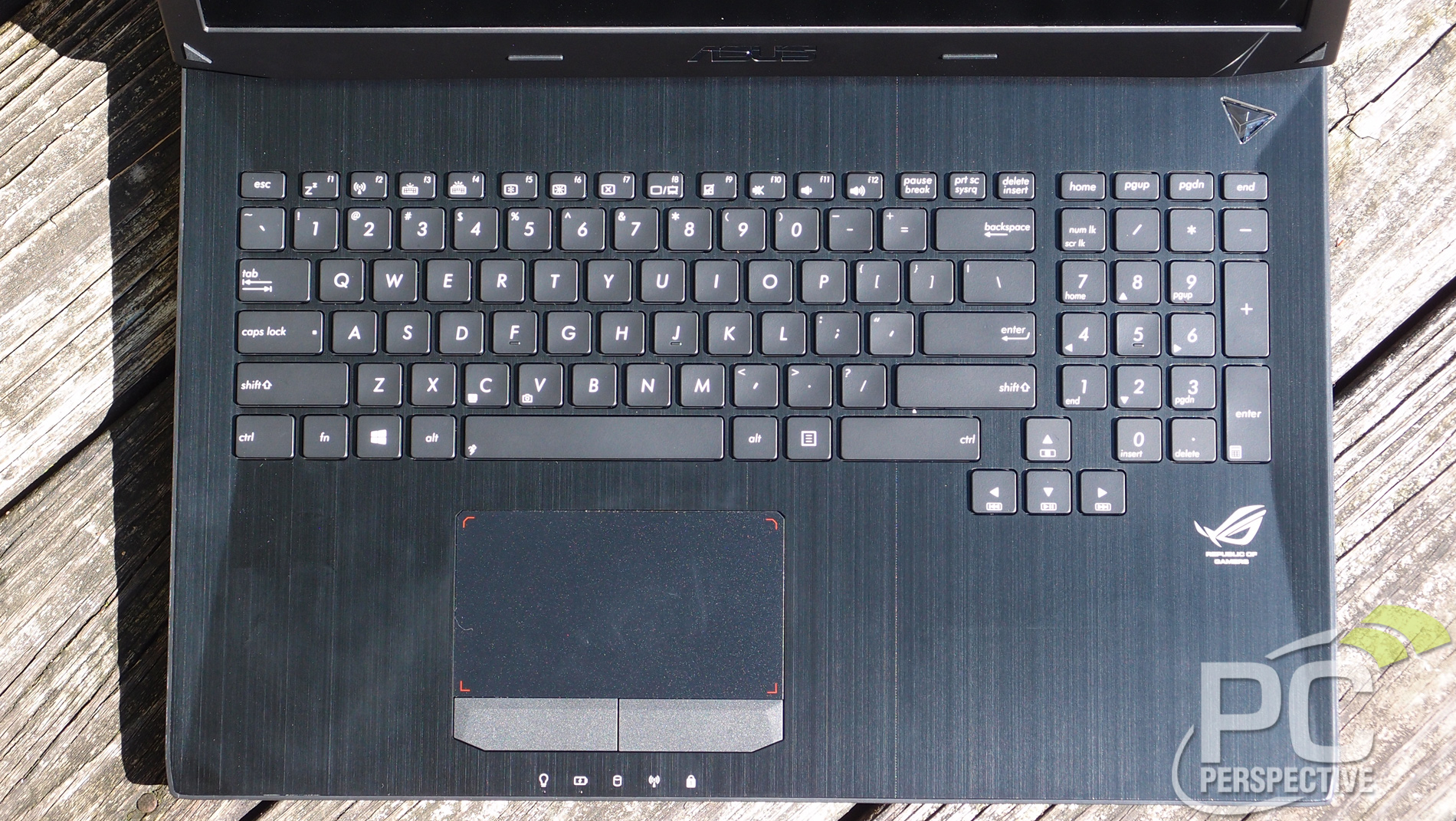 The ASUS G750JX’s keyboard is one of the best we’ve used.  The keys provide more than ample travel and a crisp feedback without being noisy.  Keypresses are easy enough to invoke, but certain in their delivery.  The layout is logical and the size of each key is sufficient; as should be the case with a 17.3-inch unit, no sacrifices were made to accommodate the inclusion of the number pad.  This includes the arrow keys, which are also full-sized and located an inch below the rest of the keyboard, making them easy to locate without looking (though they are a bit further to the right than you might be initially used to).  The only complaint here is the smaller-than-usual “0” key on the number pad, which is single-width as opposed to the usual double-width design—but most people will find this relatively easy to adjust to.  Finally, the smooth matte surface of the keys is also very comfortable, and it blends in well with the black brushed aluminum surround—though, like most matte black finishes, it does manage to gather oils and fingerprints a bit better than other types. 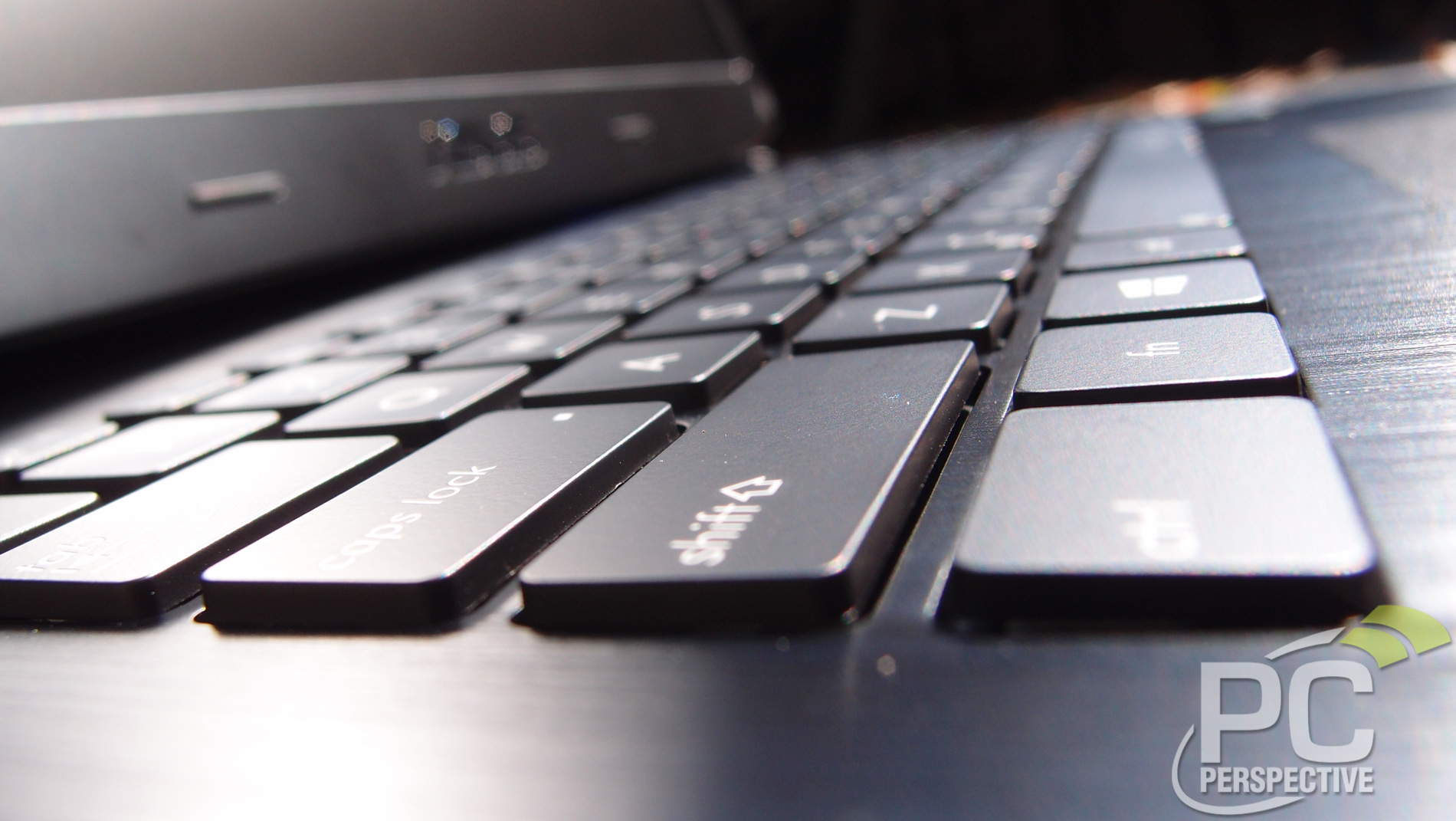 There is a backlight for the keyboard, and unlike the MSI GT60 and the Alienware types, it’s uniformly white LED.  There are three levels of brightness which can be easily adjusted using the Fn+F3/F4 keys on the keyboard.

The Elan touchpad is equally good, featuring a smooth (yet very fine-textured) surface that promotes easy finger gliding without sticking and stuttering—just in case you’re forced to game with the touchpad in a pinch (ha!).  Our tests found it more than accurate enough for regular use.  It’s also spacious, exceeding the width of the spacebar by around an inch and thus allowing for complete coverage of the screen’s real estate without requiring repositioning of the finger.  The final piece of the input devices puzzle is the mouse buttons—and fortunately, they’re also excellent.  Like the keyboard, they’re easy enough to press, with a defined stop that is nonetheless nearly silent. 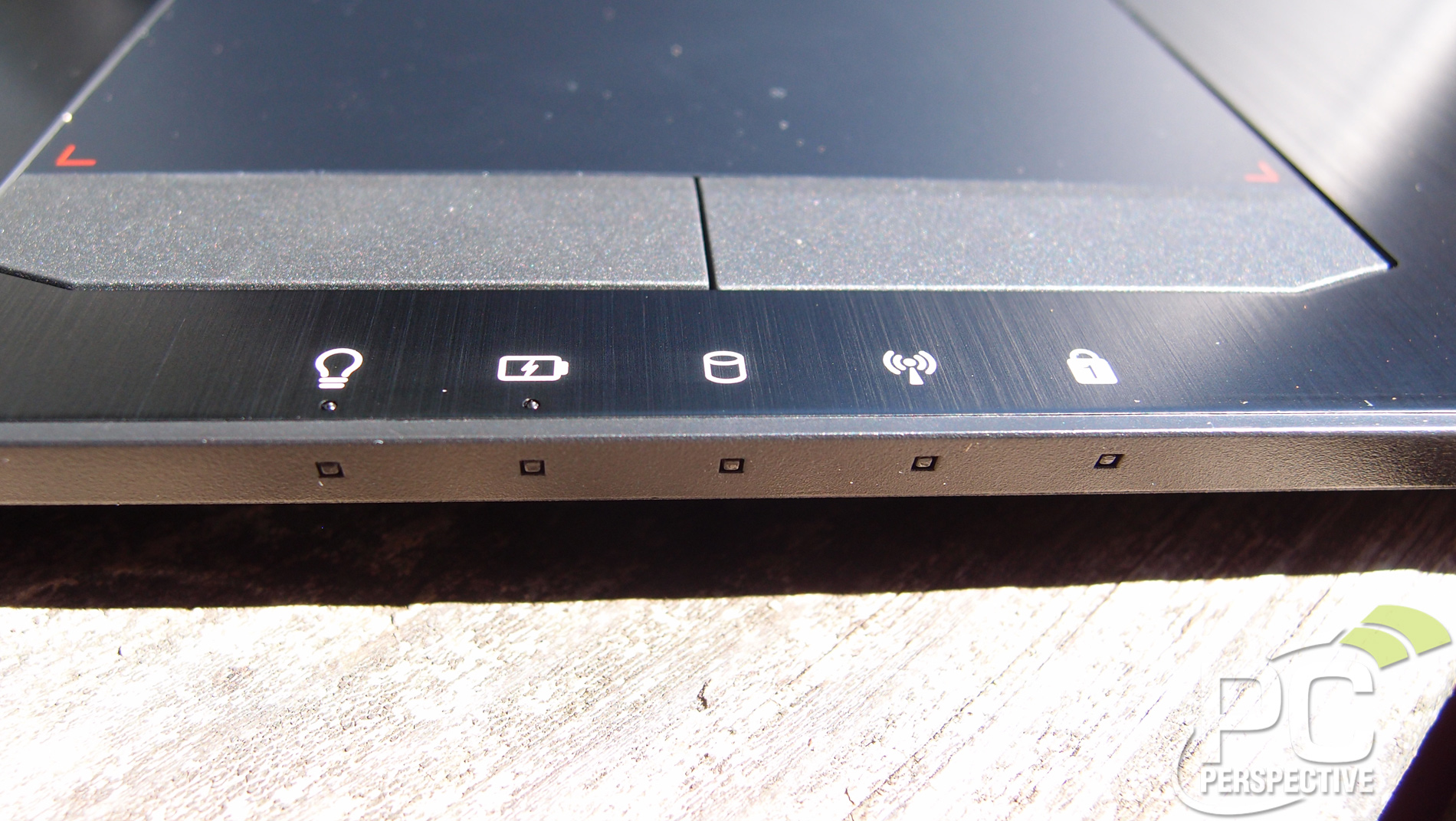 The touchpad supports three finger gestures, which worked well in our trials.  The ASUS Smart Gesture software which accompanies the pad provides access to the most important options, such as the usual toggles for tap-to-click, tap dragging, edge gestures, and the various two- and three-finger gestures.  You can also choose to swap the left and right mouse buttons and disable the touchpad when a mouse is plugged in.

Overall, ASUS has really done a fine job with the input devices on this machine.  They’re top-notch in just about every way that matters. 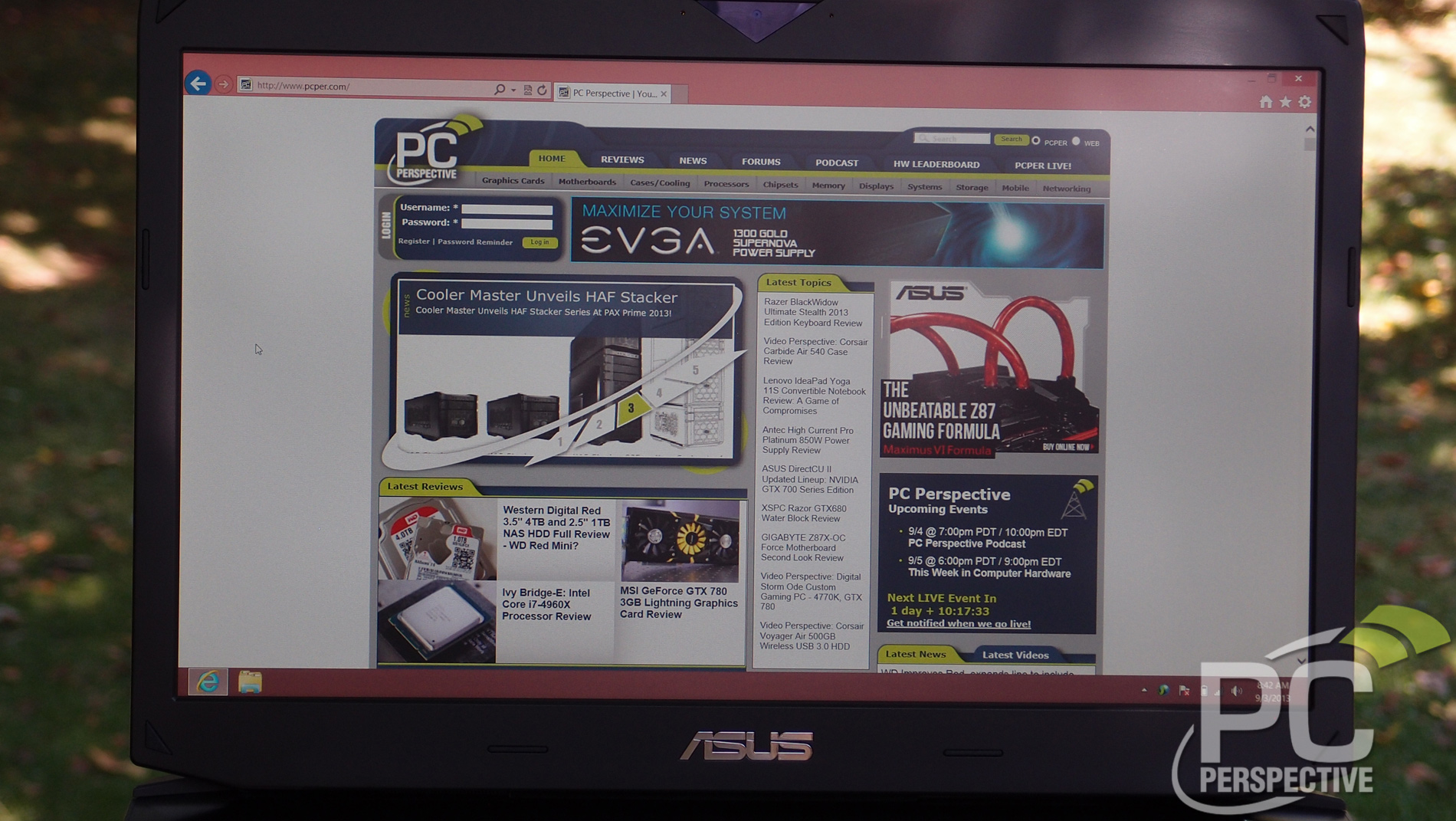 Also impressive is the quality of the LCD panel, which is a 17.3” 1080p matte-finished panel from Chi Mei (model N173HGE).  While it’s a TN panel, it’s a really good one, featuring strong brightness (around 300 cd/m²) and great contrast, to boot.  Colors appear vivid and relatively accurate.  The viewing angles can’t compete with that of an IPS panel, but apart from some distortion on the vertical axis, they’re actually quite good also.  Outdoor visibility is also strong thanks to the lack of gloss and the strong brightness and contrast; the screen is almost good enough to be used in direct sunlight (which, if it weren’t for the black heat-magnet of a case, might be a fine escape for some gamers). 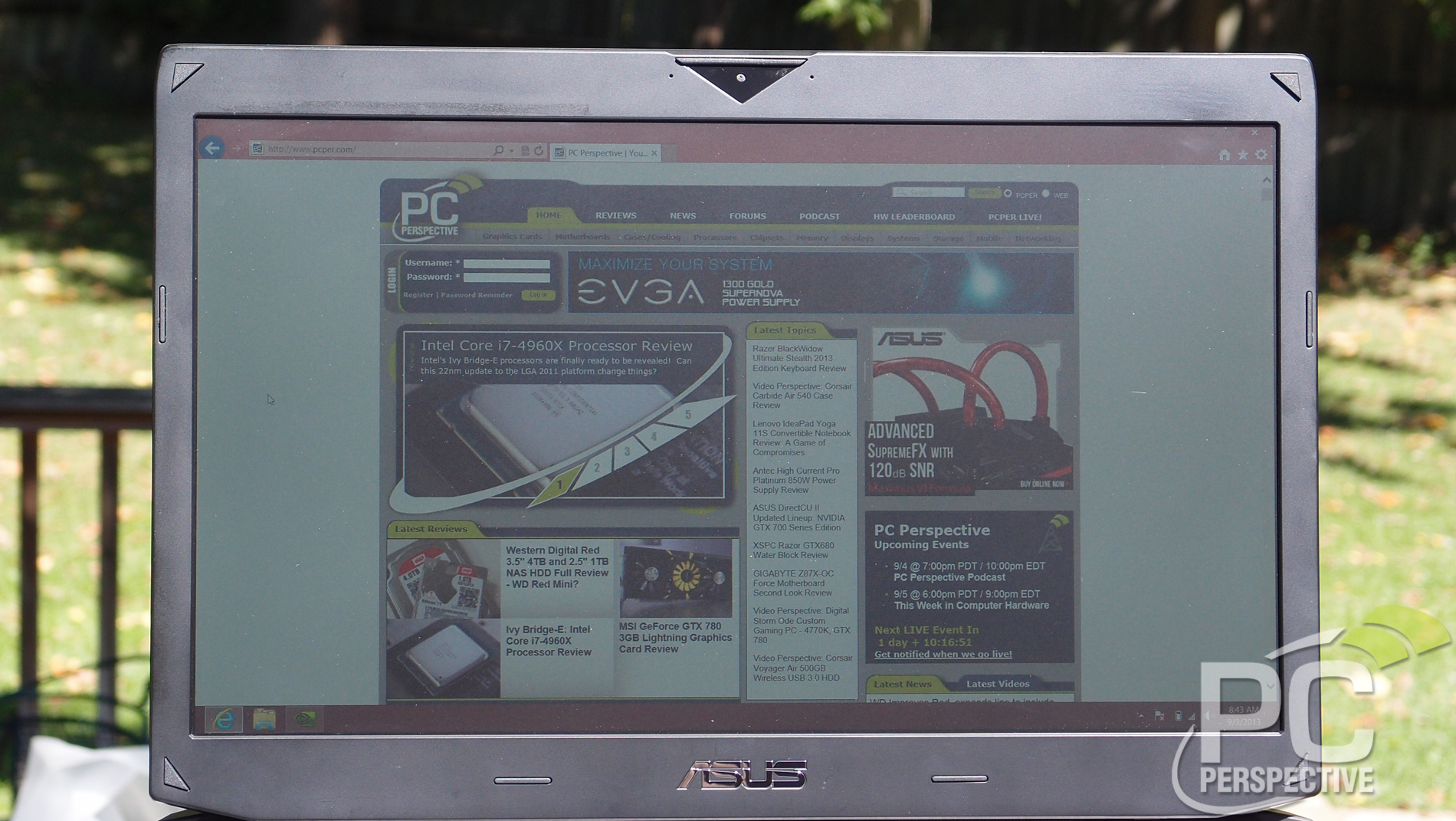 Audio is a mixed bag, with loud volumes quite possible, but an overall hollow-sounding reproduction, especially at higher volume levels thanks to reverberation inside the case.  This gives the sound a bit of a metallic sense to it, with midrange frequencies dominating the spectrum.  This is in contrast to the MSI GT60’s terrific audio setup, thanks to its exposed speakers and much more even coverage.  You’ll certainly want to invest in a nice pair of headphones if you’re planning on any extended gaming or listening sessions.

The ASUS G750JX relies on a dual-fan/heatsink system with separate cooling systems for the CPU and GPU.  Each cooling system leads to a separate vent on either side of the rear of the notebook; the unique form factor of the battery (thin and tall/deep) provides the real estate for the two vents to coexist alongside it.  This approach allows for efficient exhaust and stable temperatures even during heavy gaming sessions.  Under a stress test, the G750JX managed to remain below 76°C for a full hour.  As for the keyboard, touchpad, and palm rest, all three of them are spared uncomfortable temperatures during gaming; we were never bothered by it even in the midst of the stress test. 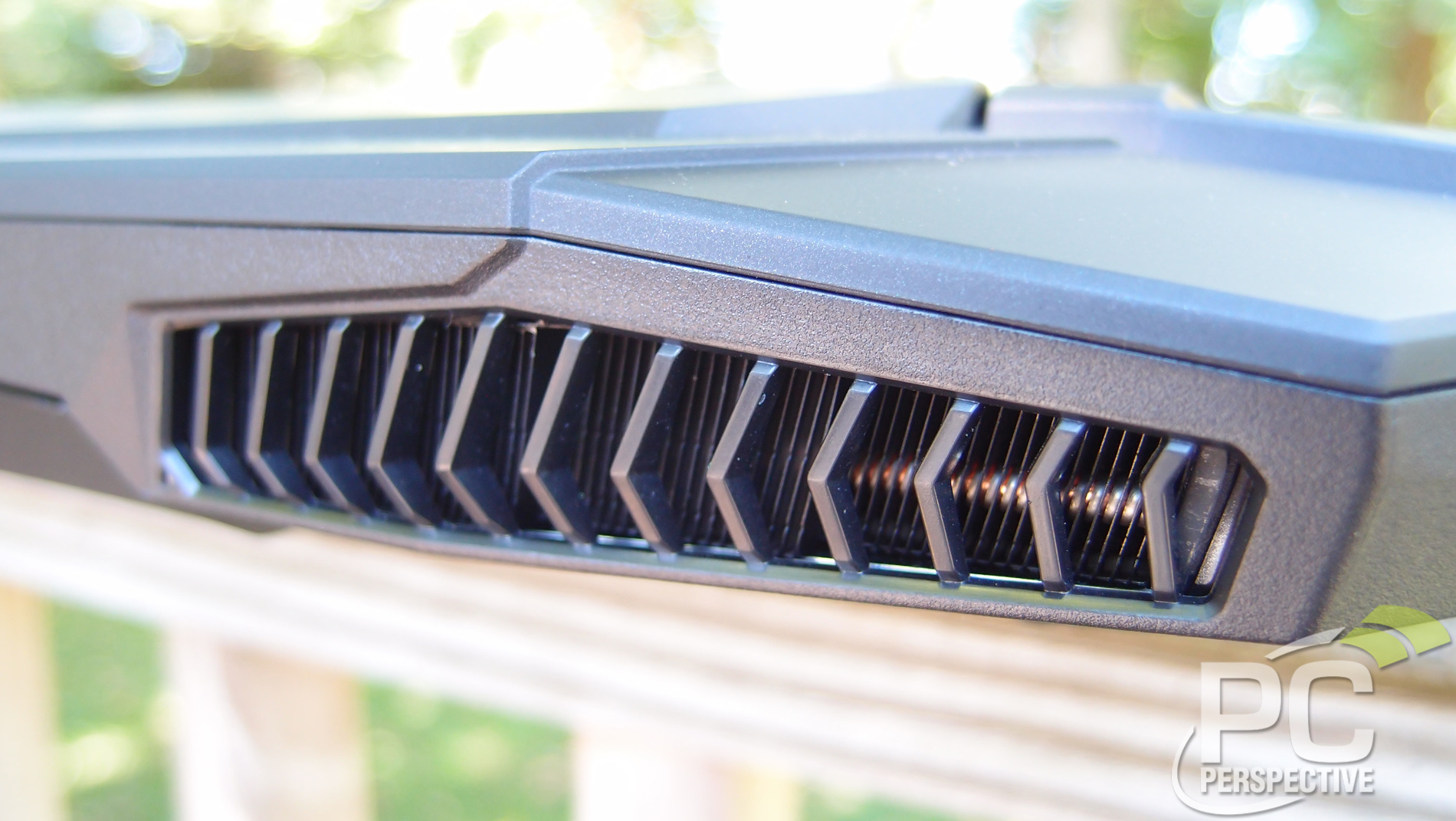 Unfortunately, as we briefly mentioned earlier, the G750JX’s design no longer supports easy DIY maintenance on most of the internal components.  This includes the dual fans, which on the G75V were designed such that their filters could be easily removed and cleaned at will (see here).  With the G750JX, ASUS has done away with this feature, leaving the user with very few options to try and maintain their notebook over the long haul without some sort of professional help or significant disassembly. 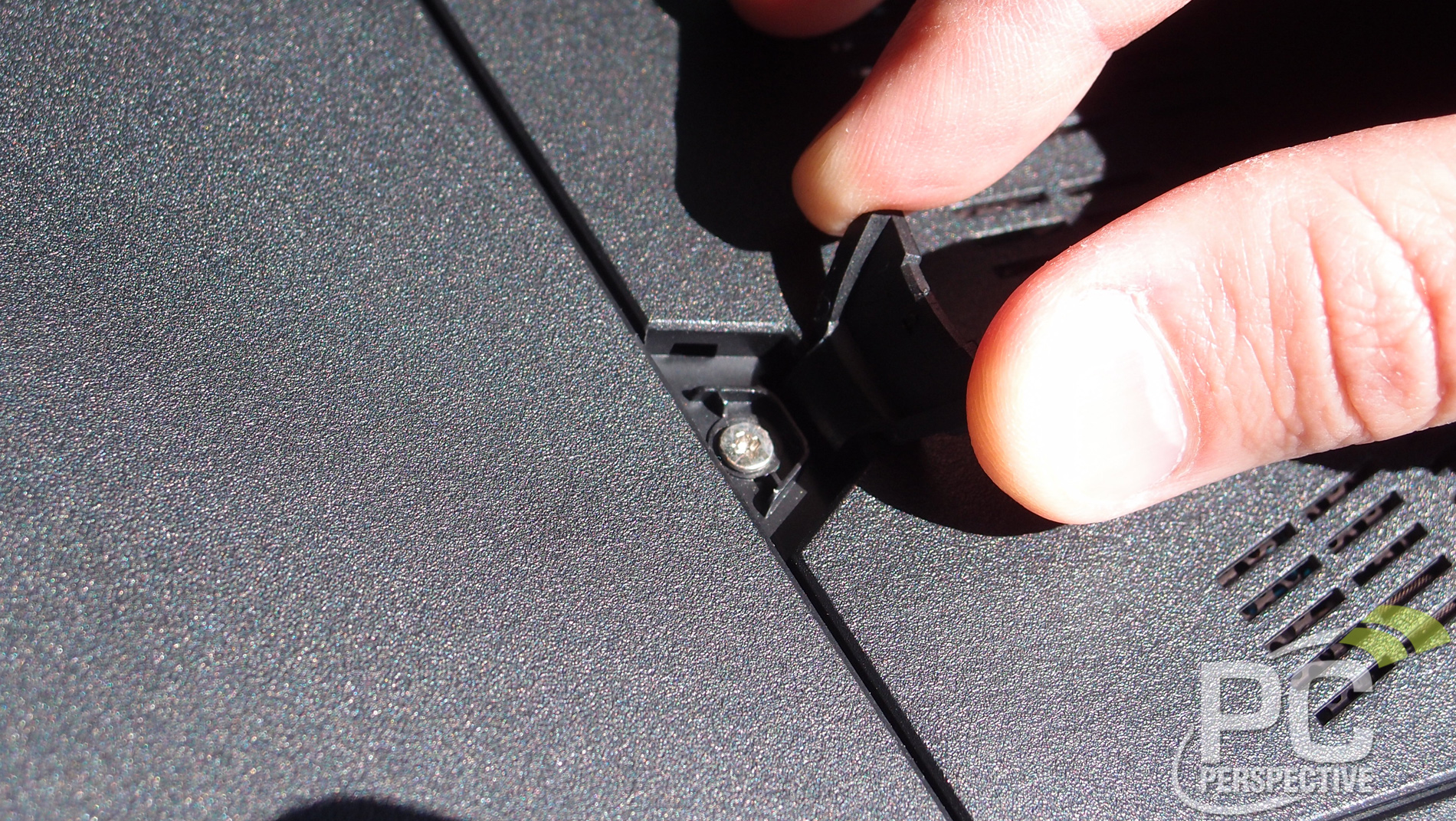 In terms of noise, the G750JX certainly becomes quickly noticeable in the midst of heavier operations.  We recorded maximum a noise level of 47 dB(A), which is considerable—but the fact that both exhaust vents are on the rear helps to further mitigate the volume.  However, this is also under the conditions of comparatively conservative fan speeds that we witnessed while ASUS’ Power4Gear software was installed. Once removing the software, we saw better performance for a time, but also even higher fan speeds—reaching over 50 dB(A) (the same as the GT60).  Still, this was only temporary, and before long, CPU throttling under load took over while CPU and GPU were simultaneously stressed (above 70°C—more on this in a bit).

The big story with Haswell remains its power efficiency, which has resulted in improved battery life across the board for all types of notebooks.  The Intel Core i7-4700HQ powering the G750JX-DB71 ought to bless it with improved longevity versus its predecessor (though battery life under load is unlikely to be materially affected).

We first turn to battery life under minimal load with average brightness and all wireless radios on: 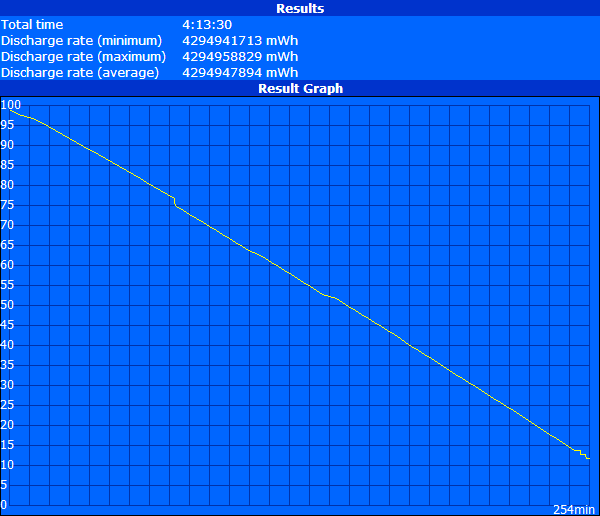 Under the Battery Eater Reader’s test and these conditions, the G750JX manages 4 hours and 14 minutes of runtime, which (while hardly stellar in context with today’s competition) is not bad for a gaming notebook.  It’s also nearly a full two hours longer than its Ivy Bridge predecessor (the G75V) managed (2:18 in comparison).  Meanwhile, the MSI GT60 lasted a bit longer with 4 hours and 41 minutes.

Next, we spent some time surfing the internet while operating under the same configuration otherwise: 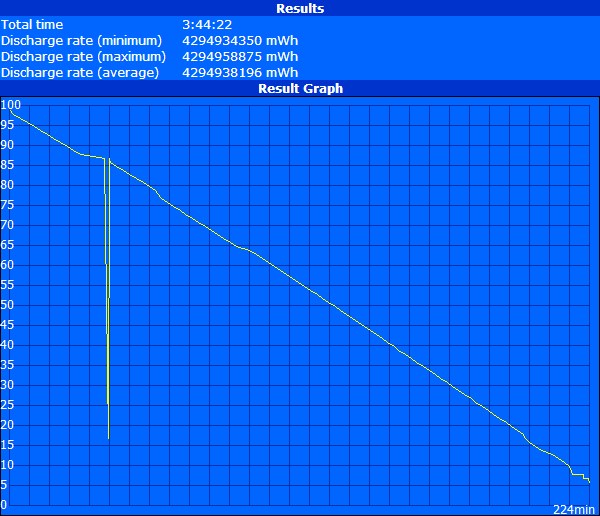 Here, we still saw 3 hours and 44 minutes before the machine shut down at the 5% remaining mark—not bad, and roughly equivalent with the GT60’s 3:51. 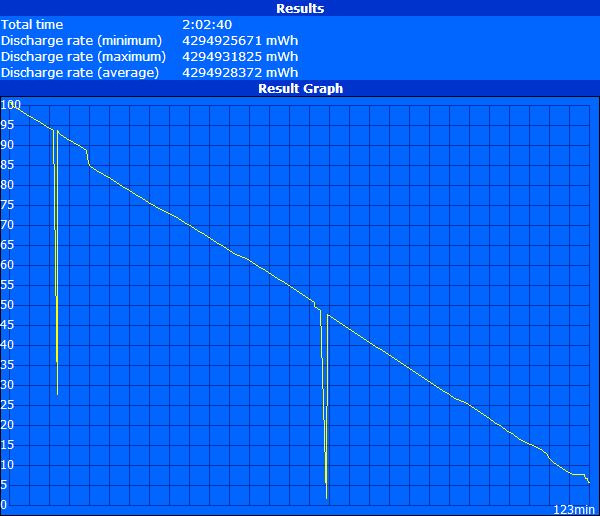 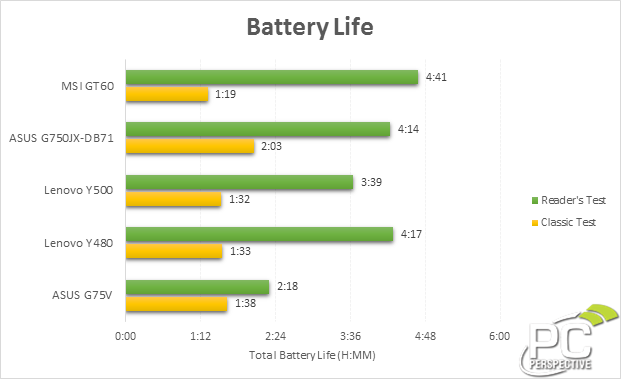 The G750JX ships with a standard assortment of ASUS value-added software that doesn’t really get in the way.  Power4Gear Hybrid has been around for quite some time and may or may not suit you—we personally found more consistent performance without it on our machine, but this may vary with particular conditions.  It also appears that the warranty coverage has been reduced to 1 year (from 2 on the G75V).  The MSI GT60 offers a standard 2-year warranty. 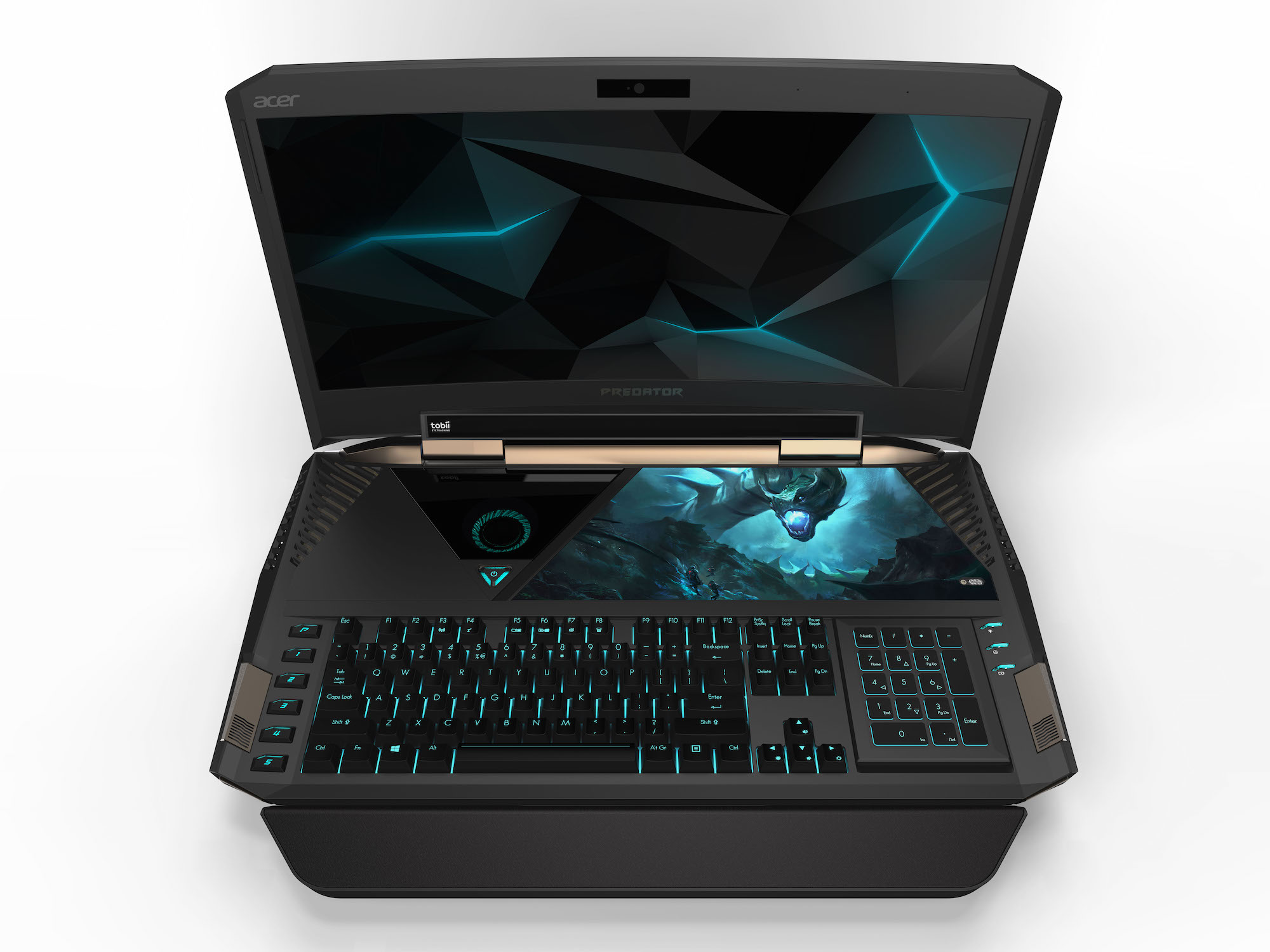