Imagination Technologies, a company known for its PowerVR graphics IP, has unleashed its first Warrior P-series MIPS CPU core. The new MIPS core is called the P5600 and is a 32-bit core based on the MIPS Release 5 ISA (Instruction Set Architecture).

The P5600 CPU core can perform 128-bit SIMD computations, provide hardware accelerated virtualization, and access up to a 1TB of memory via virtual addressing. While the MIPS 5 ISA provides for 64-bit calculations, the P5600 core is 32-bit only and does not include the extra 64-bit portions of the ISA.

The MIPS P5600 core can scale up to 2GHz in clockspeed when used in chips built on TSMC's 28nm HPM manufacturing process (according to Imagination Technologies). Further, the Warrior P5600  core can be used in processors and SoCs. As many as six CPU cores can be combined and managed by a coherence manager and given access to up to 8MB of shared L2 cache. Imagination Technologies is aiming processors containing the P5600 cores at mobile devices, networking appliances (routers, hardware firewalls, switches, et al), and micro-servers. 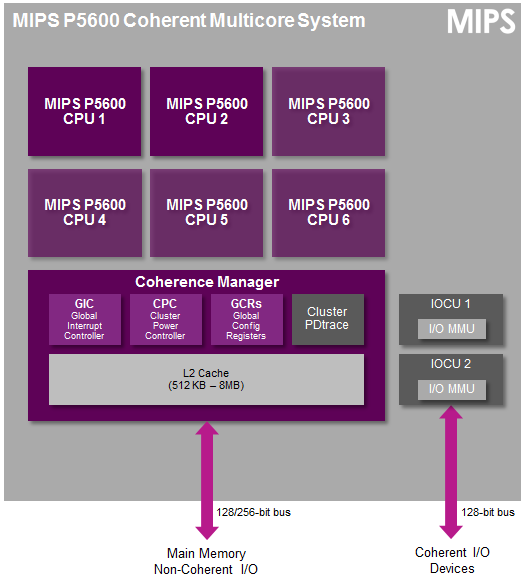 A configuration of multiple P5600 cores with L2 cache.

I first saw a story on the P5600 over at the Tech Report, and found it interesting that Imagination Technologies was developing a MIPS processor aimed at mobile devices. It does make sense to see a MIPS CPU from the company as it owns the MIPS intellectual property. Also, a CPU core is a logical step for a company with a large graphics IP and GPU portfolio. Developing its own MIPS CPU core would allow it to put together an SoC with its own CPU and GPU components. With that said, I found it interesting that the P5600 CPU core was being aimed at the mobile space, where ARM processors currently dominate. ARM is working to increase performance while Intel is working to bring its powerhouse x86 architecture to the ultra low power mobile space. Needless to say, it is a highly competitive market and Imagination Technologies new CPU core is sure to have a difficult time establishing itself in that space of consumer smartphone and tablet SoCs. Fortunately, mobile chips are not the only processors Imagination Technologies is aiming the P5600 at. It is also offering up the MIPS Series 5 compatible core for use in processors powering networking equipment and very low power servers and business appliances where the MIPS architecture is more commonplace.

In any event, I'm interested to see what else IT has in store for its MIPS IP and where the Warrior series goes from here!

More information on the MIPS 5600 core can be found here. 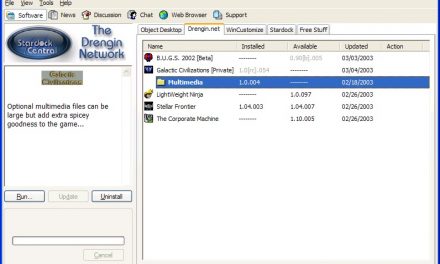