ShadowPlay is NVIDIA's latest addition to their GeForce Experience platform. This feature allows their GPUs, starting with Kepler, to record game footage either locally or stream it online through Twitch.tv (in a later update). It requires Kepler GPUs because it is accelerated by that hardware. The goal is to constantly record game footage without any noticeable impact to performance; that way, the player can keep it running forever and have the opportunity to save moments after they happen.

Also, it is free. 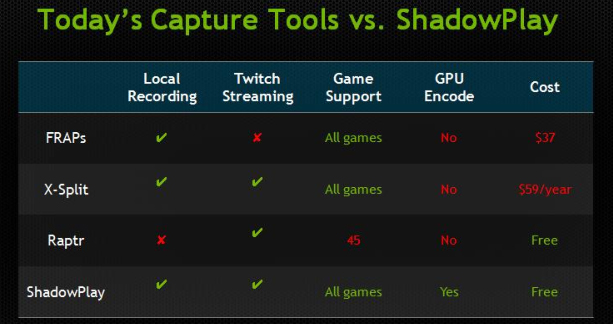 I know that I have several gaming memories which come unannounced and leave undocumented. A solution like this is very exciting to me. Of course a feature on paper not the same as functional software in the real world. Thankfully, at least in my limited usage, ShadowPlay mostly lives up to its claims. I do not feel its impact on gaming performance. I am comfortable leaving it on at all times. There are issues, however, that I will get to soon.

This first impression is based on my main system running the 331.65 (Beta) GeForce drivers recommended for ShadowPlay.

The two games tested are Starcraft II: Heart of the Swarm and Battlefield 3.

Read on to see my thoughts on ShadowPlay, the new Experience on the block.

Note: ShadowPlay should work with any DirectX 9, 10, or 11 fullscreen game. Unfortunately, that also means that gaming in windowed mode is not supported (at least, "Not at this time"). Recording or streaming from OpenGL is not even mentioned at all. You may believe this is a small issue but it immediately excludes two big markets: Minecraft and SteamOS. I hope NVIDIA intends to support it at some point in the future.

After installing the NVIDIA-provided driver update, it added a "ShadowPlay" button to the top-right corner of GeForce Experience. Clicking it launches a small floating window (screenshot above) where you can adjust capture settings or completely turn it off (it defaults to "off"). "Shadow time", how long your computer automatically records, can be set to a maximum of 20 minutes. For some reason, my PC is limited to 10 minutes.

The top of the window claims 1080p @ 60FPS recording using H.264. You are not forced to play your game at this resolution. The GPU will upscale or downscale your rendered frames to match the capture resolution automatically. Fear not, 1440p-and-up fans, as your monitor will not be defiled by that horrible "1080p" (unless you watch the replay of course). I also believe Starcraft II ran at 120 FPS on my 120Hz monitor (despite capturing 60 FPS).

When you throw the switch, any compatible application will contain a recording indicator in a user-defined corner (or you could hide it entire, default bottom-right). It is very tiny and unobtrusive. When you start to manually record, it fills with a dot of color; when you save, it displays a down arrow to indicate it is uploading to your drive. I very much like the user experience.

I also wondered what would happen if you save "Shadow time" recorded footage two nearby times. As it turns out, the second capture starts at the moment the first save ends. It looks like you could stitch together multiple shadow recordings without any obvious break points. This is, also, a very good thing! 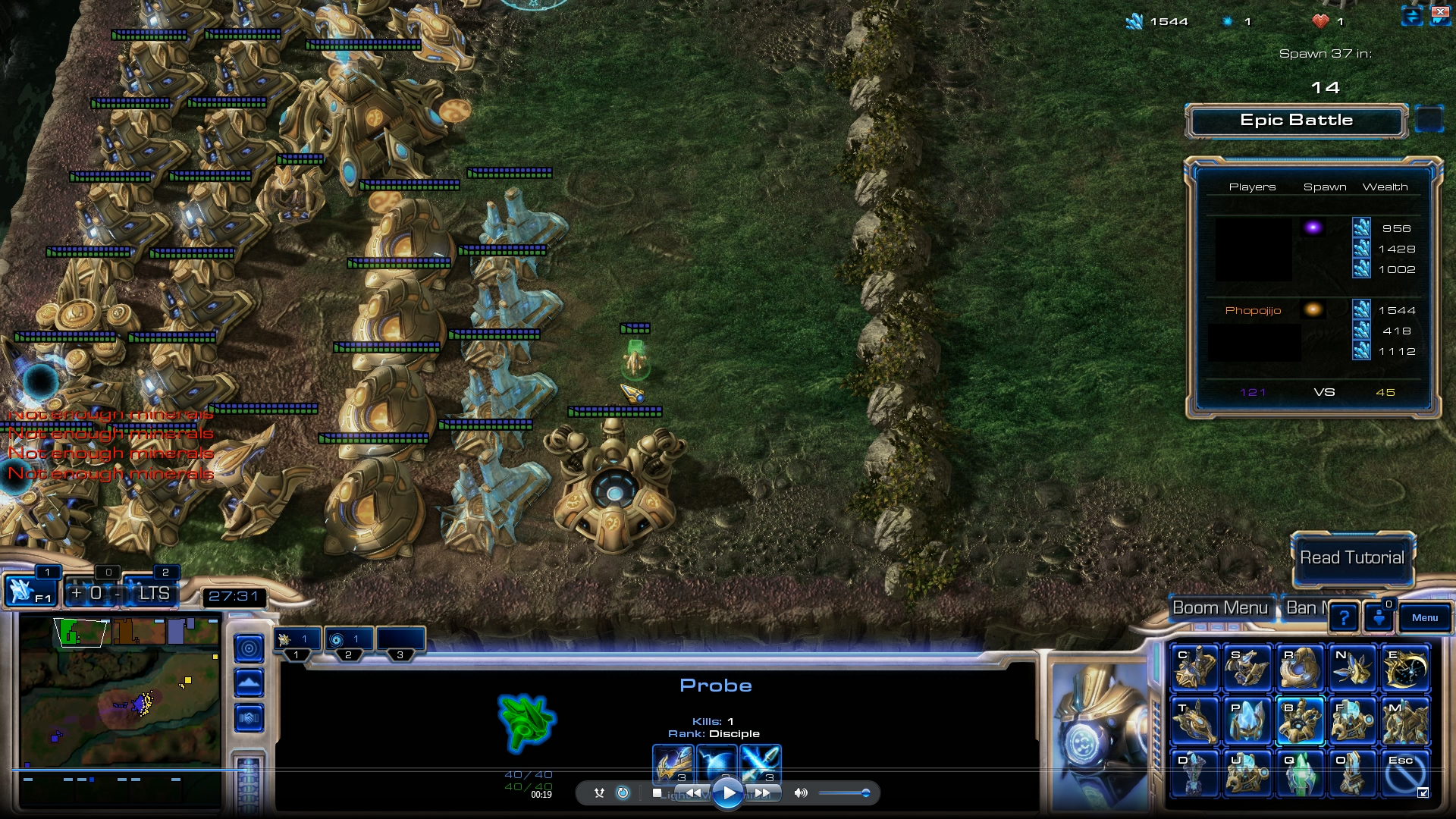 The video quality is also very good as well. The image is very sharp and would almost convince me that I am not playing a video except for slightly flattened colors. Basically, it looks like live game play with a slightly uncalibrated monitor in Starcraft II. Pay close attention to the shade of orange in my username ("Phopojijo"). Players with decent monitors would know that just does not look right. Then again, from my understanding, orange is annoying to represent especially in the sRGB color space. 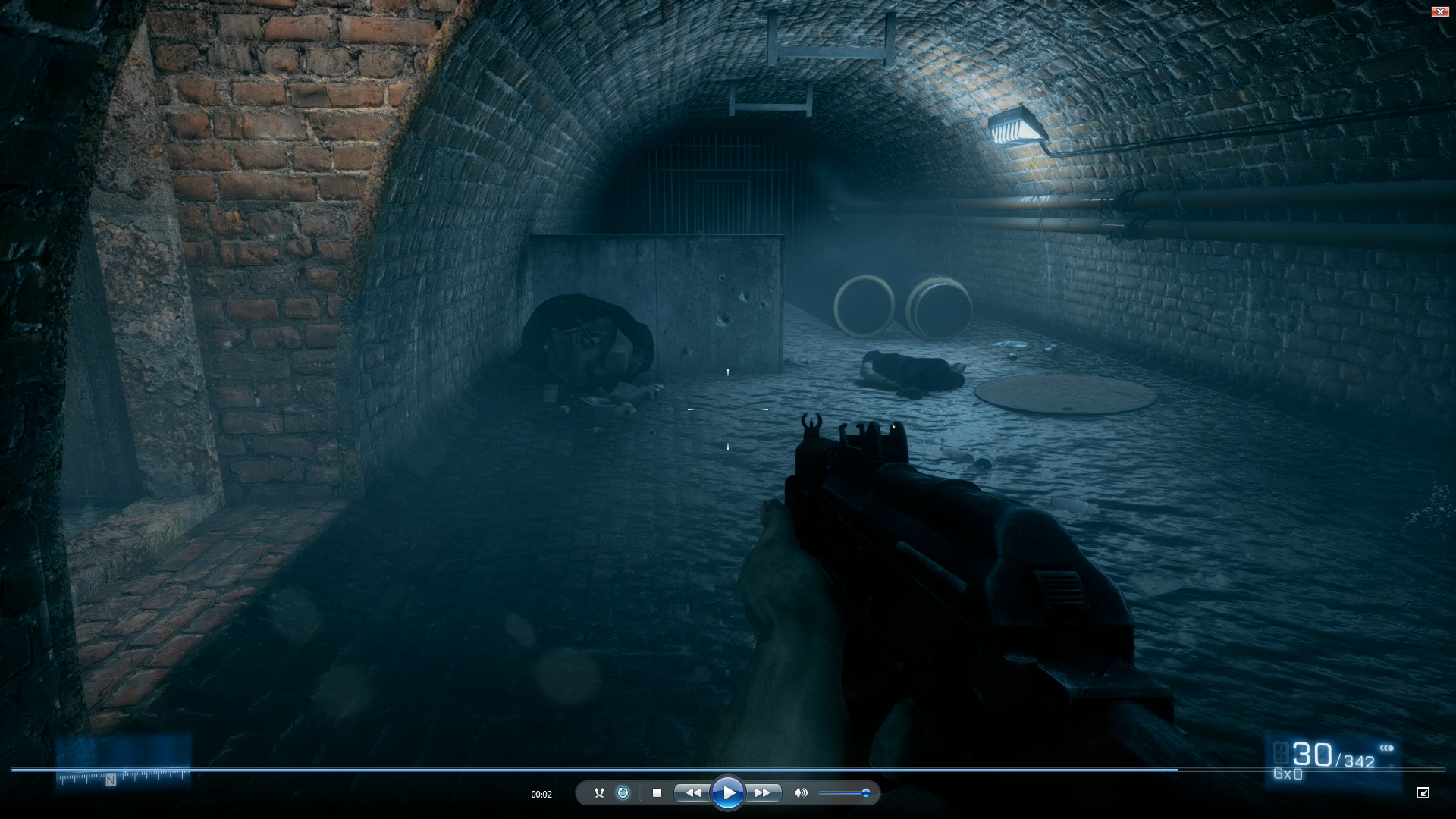 Battlefield 3 footage is more convincing, however, because the sewers were already muted in color. I could see myself not being able to tell the difference between a screenshot and a video frame in a blind test. That is a very good benchmark for quality.

Unfortunately it is not without its downsides (beyond windowed mode and OpenGL). Automatically recorded ("DVR") footage in Battlefield 3, at least on my test setup, contained a few hitches and hiccups. These were not experienced in game which is both good and bad: it did not interrupt my ability to play, but it is also likely a glitch with ShadowPlay and not a co-incidence. I did not experience this in manual mode (although I barely took any footage of that). I also did not experience it in Starcraft II. Then again: Beta software, Beta drivers, first attempt, if there is a problem I am sure NVIDIA can fix it.

If you want to test it yourself, ShadowPlay has been released simultaneous with this article. The time it took you to read this is time you could have been downloading it. Sorry about that. If you are interested, it appears to be a good first release.

You should at least try it if you have a GeForce 650 (and other minimum requirements) or greater.

The absolute opposite of a slow news week 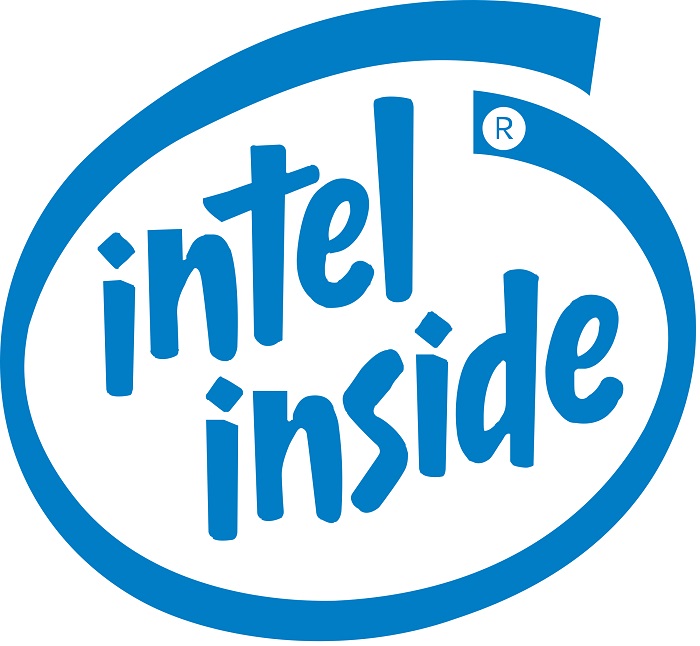