That we have taken a look at our gaming tests using our Frame Rating metrics and testing methods, we are including a set of tests from more standard benchmarks like 3DMark 11, Unigine Heaven and the newer 3DMark benchmark. 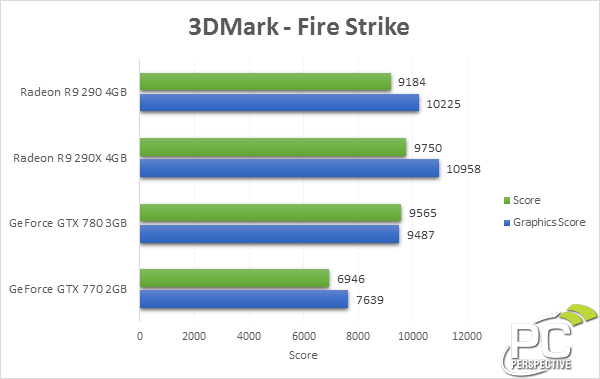 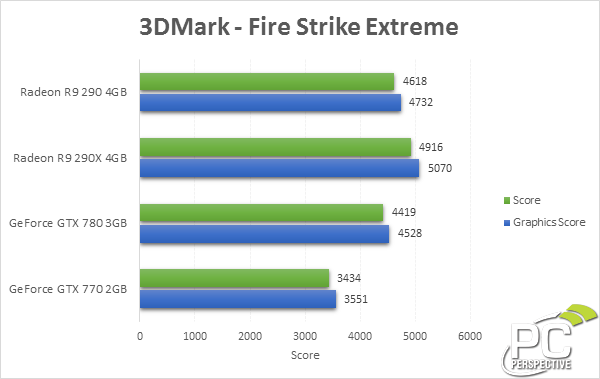 Both the R9 290X and the R9 290 are showing faster results than the GTX 780, as we would expect based on the past pages of gaming benchmarks. 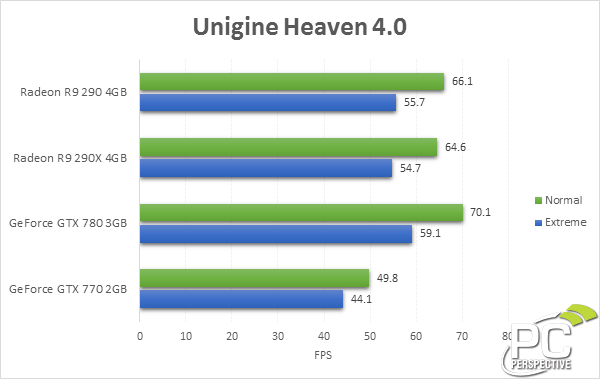 The Kepler GPU still has very strong tessellation performance as you can see in our Unigine Heaven results where the GTX 780 is able to pull out a win. 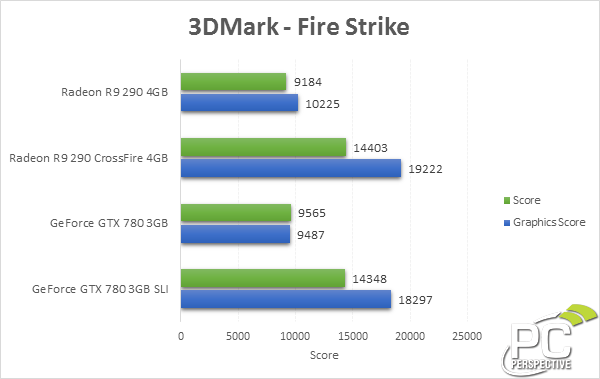 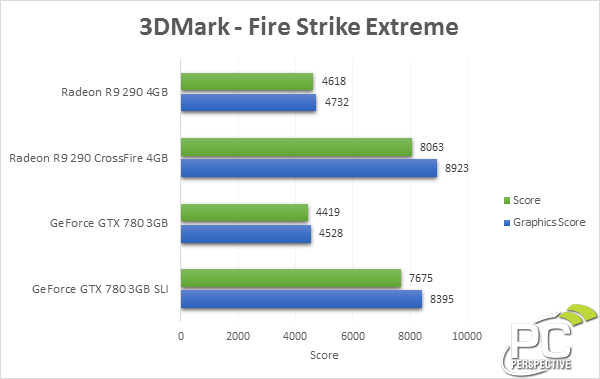 Even though the GTX 780s in SLI are slower than the R9 290s in CrossFire, the performance gap between the two goes from about 4.5% in single card results to 6% after doubling up the GPU count.  CrossFire scaling is definitely improving over where it was a year ago. 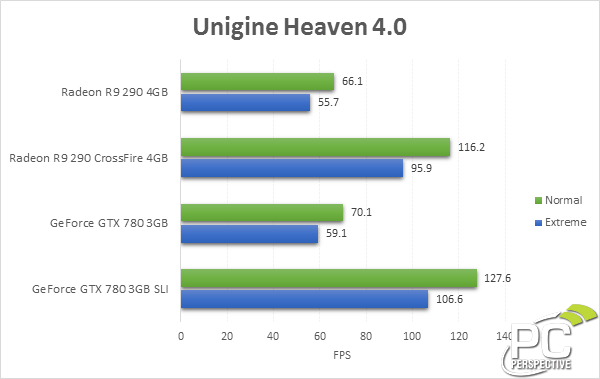 NVIDIA continues to dominate this particular benchmark, with the 780s in SLI taking an 11% performance advantage over the 290s.