The Tegra Note 7 will ship this month with at least one noteworthy accessory available for purchase.  The NVIDIA slide cover acts as both a screen protector and a stand during landscape orientation.  (Note: the slide cover does NOT come with the Tegra Note 7, it is an added cost of $29.) 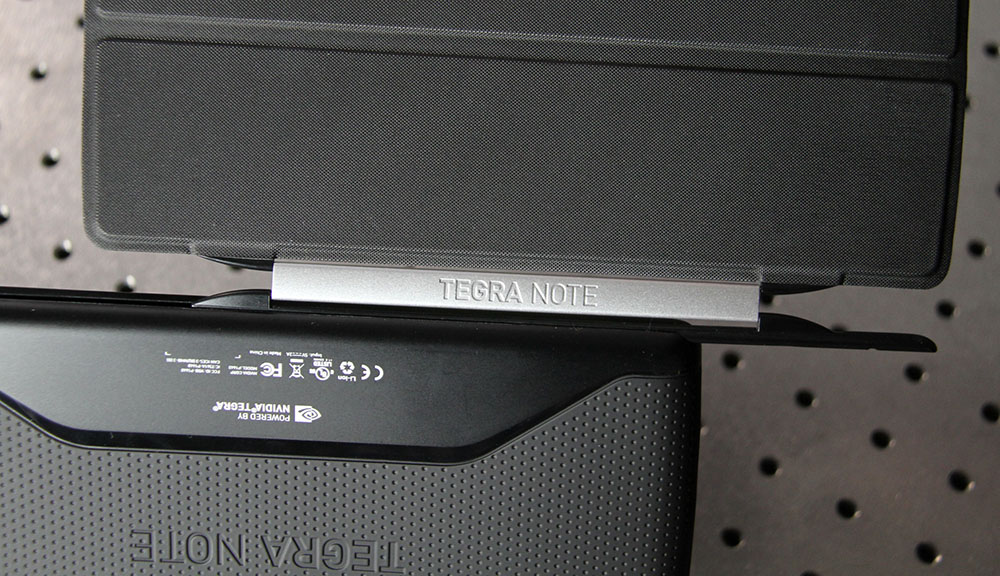 Rather than using magnets for installation on the plastic housing, there is a small slit on the side of the Note 7 that you slide the hinge of the cover into until you feel it lock in place.  Removal is as simple as pulling it back out the same way though be careful you do that AWAY from your body as I did kind of stab myself in the gut once taking it off.

Once installed, the hinge will wrap the cover around to either the front or back and even gives a bit of branding on the side when in the closed position. 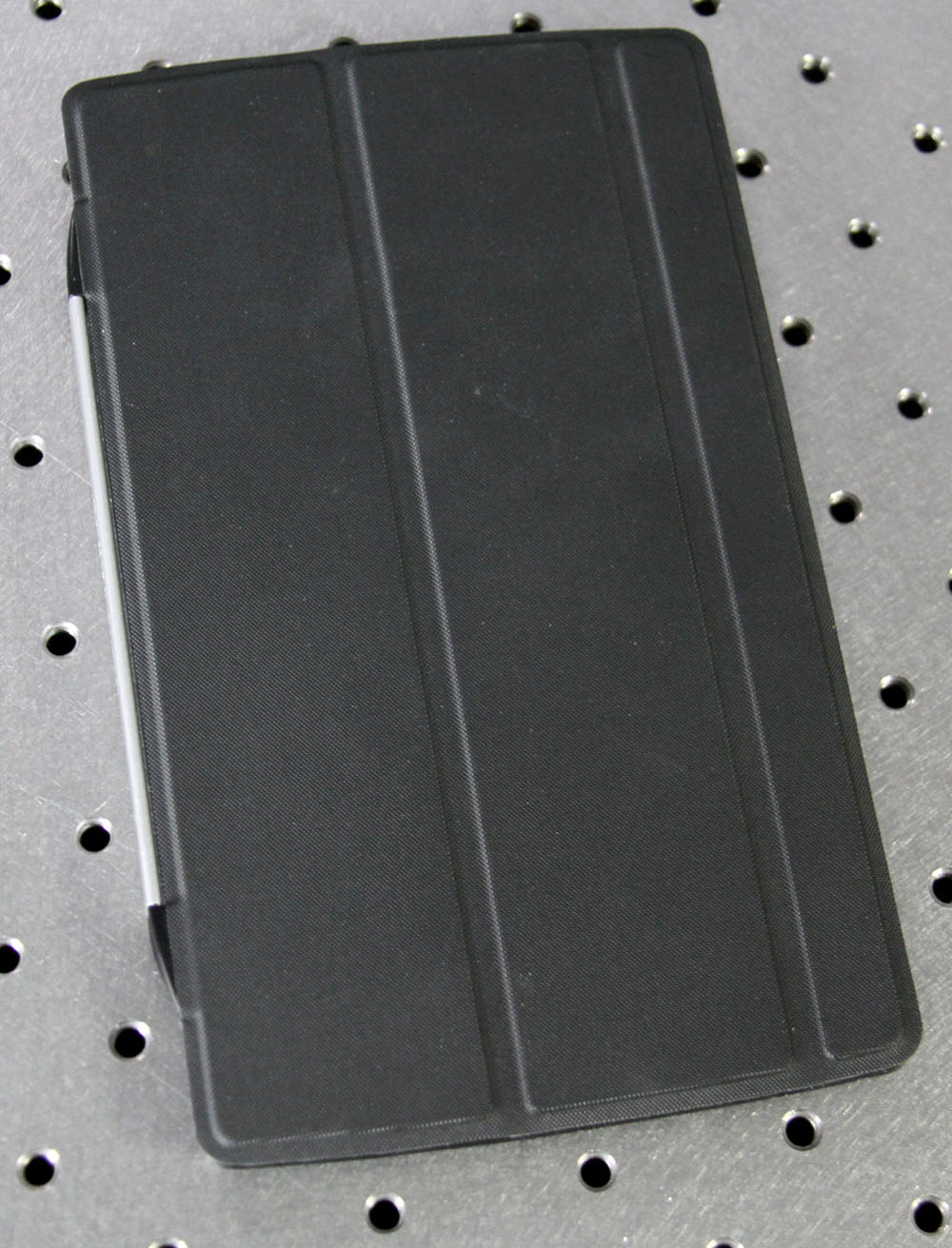 The cover has magnets on the far end that allow the tablet to wake up when opened and go to sleep when closed.  These magnets are also used in the stand functionality. 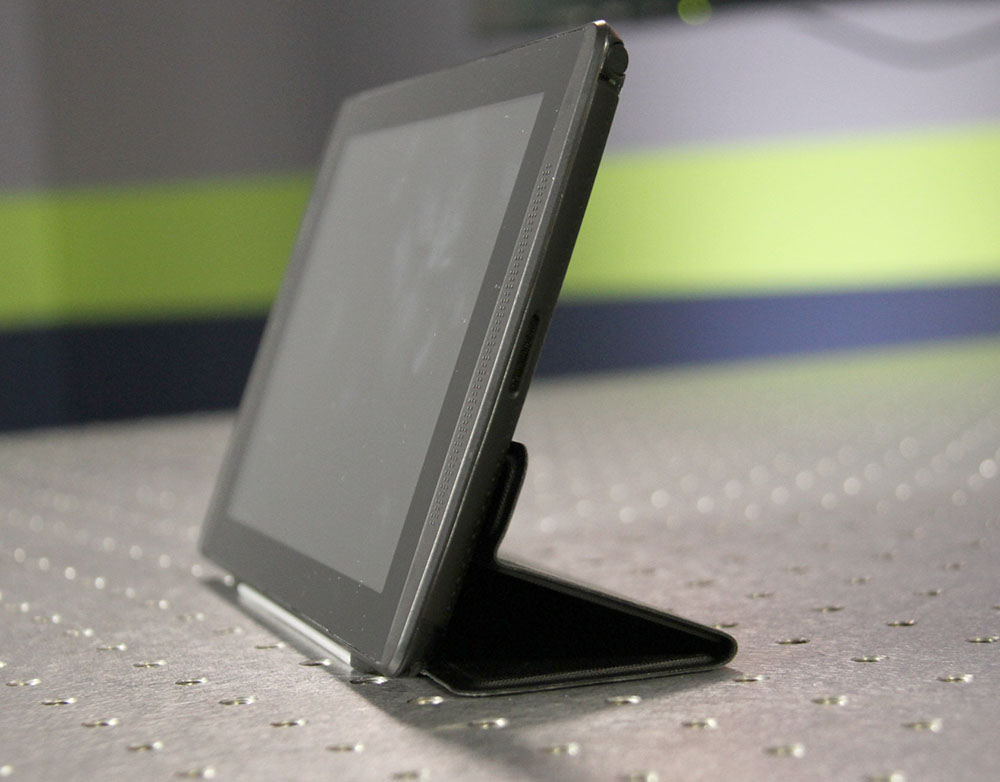 The magnets on the slide cover will attach to the Note 7 at three different locations creating three distinct positions to help you find the optimal viewing angle.  These can be used either as a stand (as we are showing here) or to prop-up for the tablet when it’s ALMOST lying flat. 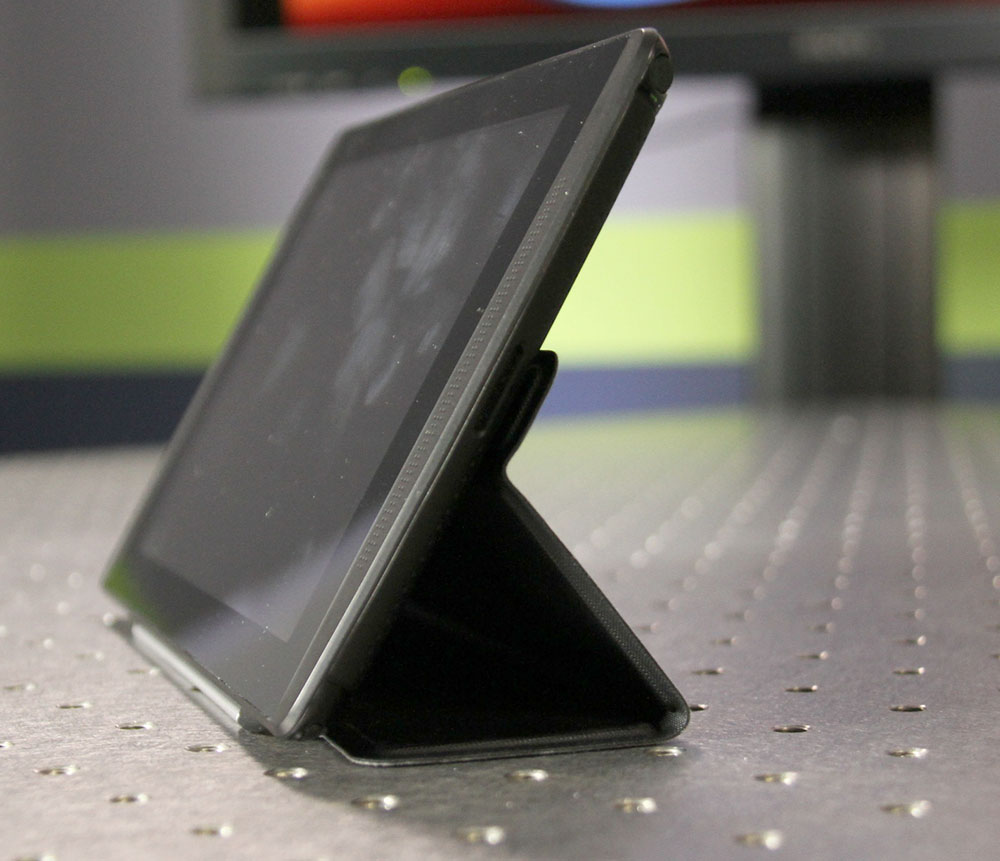 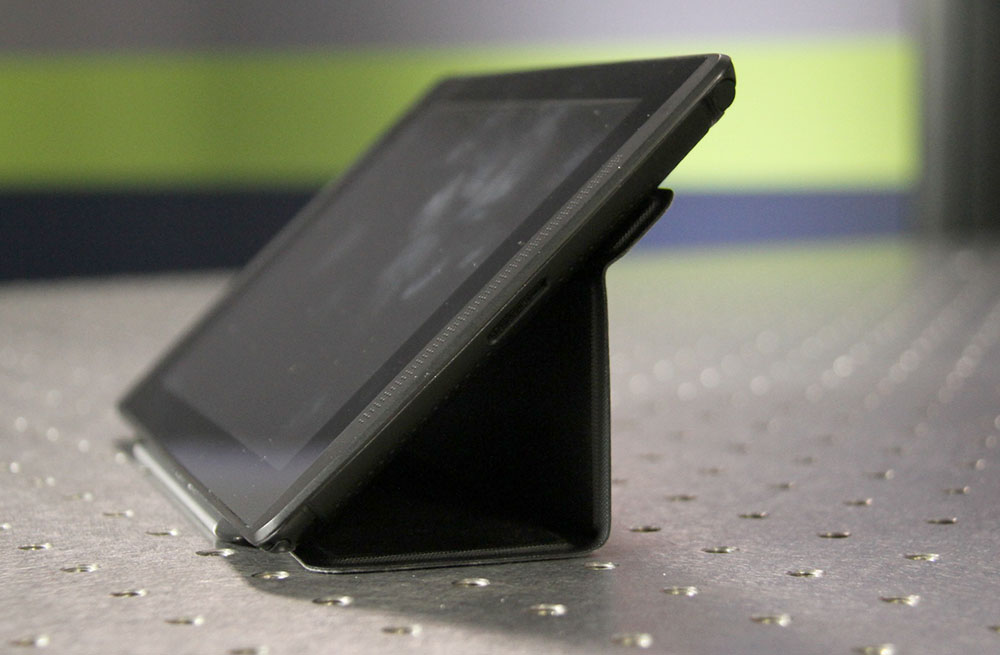 The slide cover adds a lot of value to the Tegra Note 7 and should have a high adoption rate, if the history of items like Apple's Smart Cover for iPad are any indication.

Another accessory that NVIDIA sent along was the Nyko PlayPad, a Bluetooth controller that can be used on anything from PCs to Android and iOS tablets and phones.  With a high performance SoC capable of some impressive gaming on the Android operating system, the controller can be used for better input capability than you get with just a touch screen. 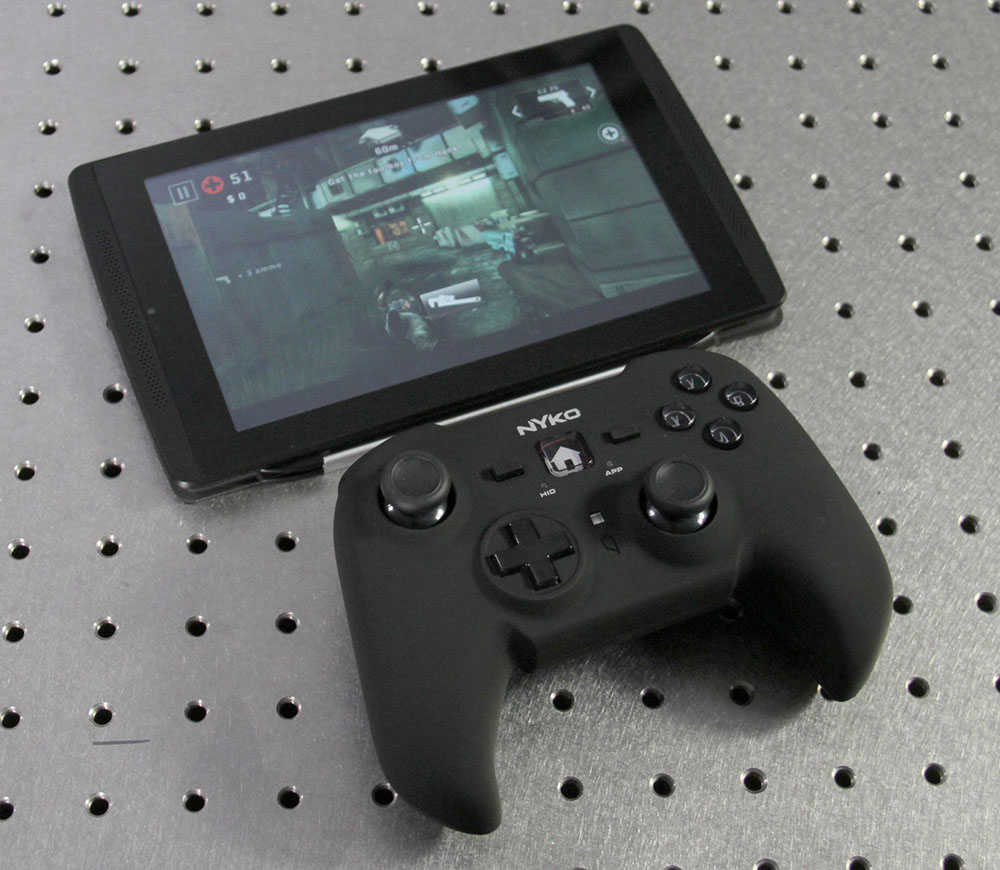 I did play a handful of games with the Nyko PlayPad after a quick pairing, including Dead Trigger 2, an amazing looking Tegra-enabled game from Madfinger Games.  With its first person action the use of the dual thumb sticks was a welcome advancement from the virtual sticks on the touch screen.  I did have to manually configure the key bindings in the options, which isn’t necessary for SHIELD, but after that initial setup the game worked flawlessly.

Coupling the game controller with the slide cover, you could easily play some Android games on your flight, coffee table, or desk.  While many gamers would much rather sit in front of their PC, some users prefer the gaming-on-the-go feature set you get with tablets and smartphones, the Tegra Note 7 will keep those gamers satisfied. 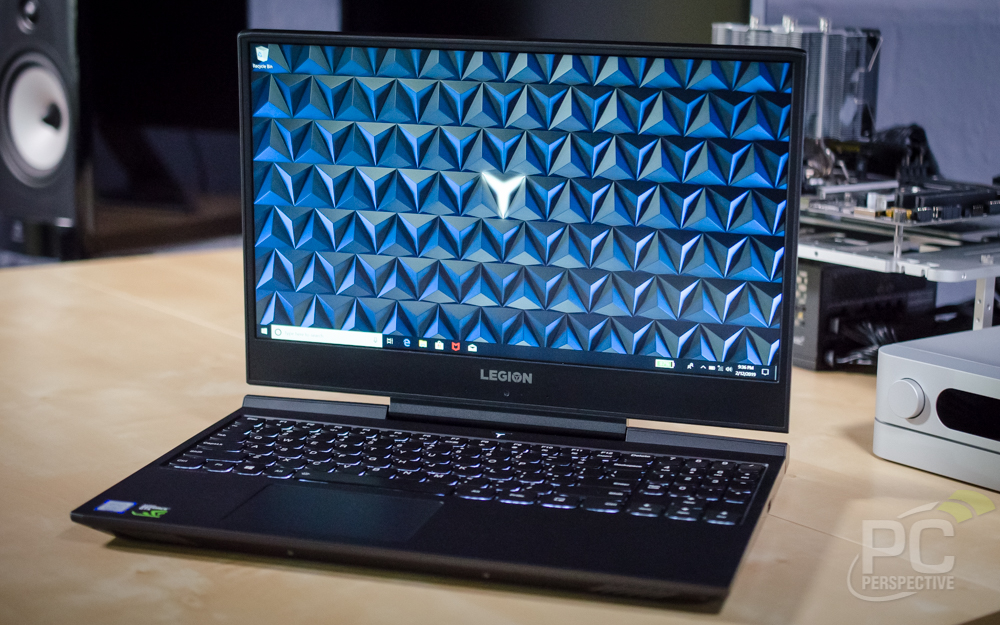