Taking a step back from the benchmarks and performance numbers on the previous page, I wanted to spend a bit of time talking about my experiences just USING the Tegra Note 7 over the last week.  Out of the box, the Note 7 was snappy and responded well to touch input from both my fingers and the stylus.  The screen brightness can stretch high enough to be mostly readable in an outdoors environment, but with a highly glossy screen it has the same issues that almost every tablet and smart phone suffer from with light and reflection.

The first qualitative test we put every phone and tablet through is as a simple reader for websites and e-books.  Loading up PC Perspective wasn’t an issue, and even heavier sites like The Verge and Polygon result in snappy load times and smooth scrolling.  With Adobe Flash out of the way, it seems that mobile space is getting closer and closer to simple browsing perfection.  Reading a long form article or book on the Tegra Note 7 was basically an identical experience to that of the Nexus 7, though the NVIDIA device was just slightly heavier.

For multimedia consumption, the Note 7 presented a great experience as well.  Doing some video playback with movies from the Google Play store provided excellent results.  Though the Note 7 doesn't feature a 1080p capable display, the video was clear and crisp and the viewing angles are as good as the Nexus 7 or better.  The audio experience is infinitely better on the Note 7 thanks to the front facing stereo speakers, a feature that I touted when showing the NVIDIA hardware for the first time.  While some users will always have headphones on while using a tablet, most of us will find the forward direction audio a huge step in the right direction for functionality. 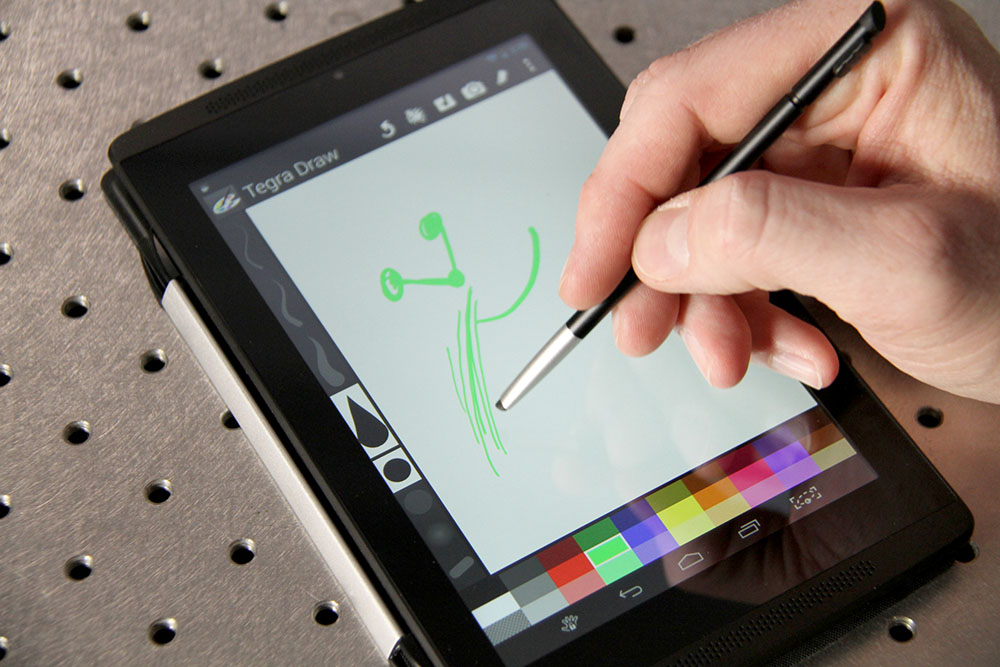 As an audio device alone, the Tegra Note 7 is obviously great too.  If you want to carry a device around the house to play music from Spotify or Pandora, the Note 7 is probably the best hardware I have seen for that. Factoring in the price, this becomes a compelling option.

As a writing pad, the Note 7 does well with the included stylus and the NVIDIA DirectStylus technology they have built for Tegra 4.  If you want to take some notes and are faster at writing than typing on the on-screen keyboard, the applications included on the tablet will get the job done.

There is Tegra Draw for some open artistic endeavors, and Write will allow you to jot down on some virtual notepad paper.  It can handle text recognition to turn your sloppy handwriting into readable fonts or can save it as is.  All of this can be saved, shared, and transferred around.  The Samsung Galaxy Note 8.0 does do a better job in many areas of detail (points, very thin lines), but for the price the Tegra Note 7 is impressive.

For users that might be trying to get some actual work done, the Tegra Note 7 does about as well as any other similarly sized tablet.  NVIDIA does not offer a dedicated keyboard accessory, but it can be paired with any standard Bluetooth option.  You will still be limited by the effective functionality of Android and the applications on the platform.  Could you do some writing and editing in a pinch?  Absolutely.  Would I recommend it for anyone over a larger, 10" two-in-one tablet running Windows?  Nope.

NVIDIA first entry into the world of tablet design comes away with a positive reception from my testing.  The hardware inside the Tegra Note 7 offers performance that is competitive with the best SoCs on the market in both CPU and GPU results and thus it makes one of the best Android gaming devices you can buy. 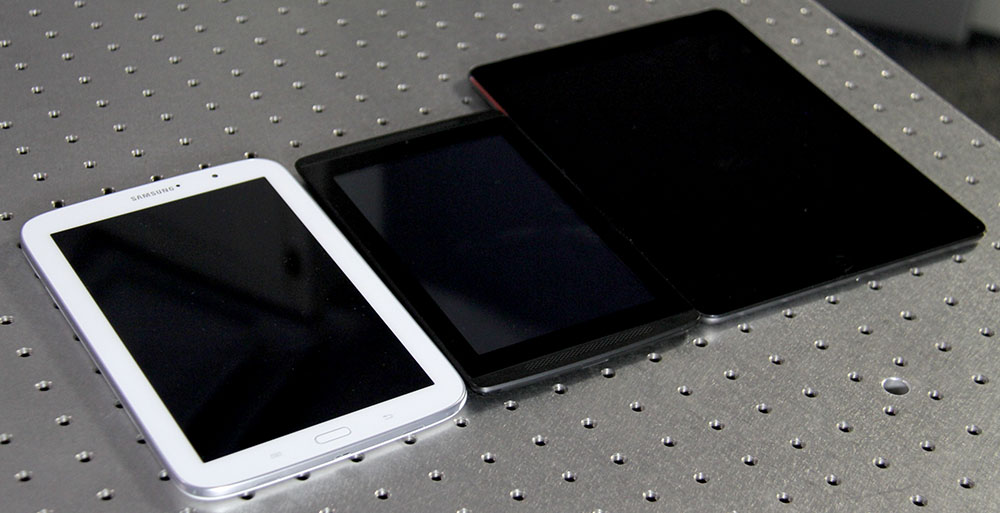 At a price of $199, the EVGA Tegra Note 7 is priced just under the lowest cost Nexus 7, and is able to make a case for itself with performance and features.  Yes, the Nexus feels a bit better in the hand and has a higher resolution screen, but the Note 7 comes with a stylus a, drastically improved audio with front facing speakers, and a camera with pending features like always-on HDR.

Support for native, stock Android operating systems will make enthusiasts happy as well, and NVIDIA committing to frequent OTA updates (over the air) to keep devices (SHIELD included) updated to the most recent versions of the operating system is a good sign. While our Note 7 only had 4.2.2 installed, the NVIDIA SHIELD has 4.3 already available so I see no reason that NVIDIA shouldn’t have it ready for the Note 7 by the end of the year.

When I asked NVIDIA what features the Tegra Note 7 would have that make the SHIELD interesting, like PC game streaming or even the “console” mode, they made the case that without support for 2×2 5.0 GHz WiFi, the Note 7 wouldn’t be able to keep up with the performance of SHIELD for game streaming.  You can still hook it up to your TV though HDMI if you want to play some big screen Android games, using your Bluetooth game pad for control, but it would have been great to offer up the Note 7 as a $199 device that you could double as a semi-temporary streaming option. 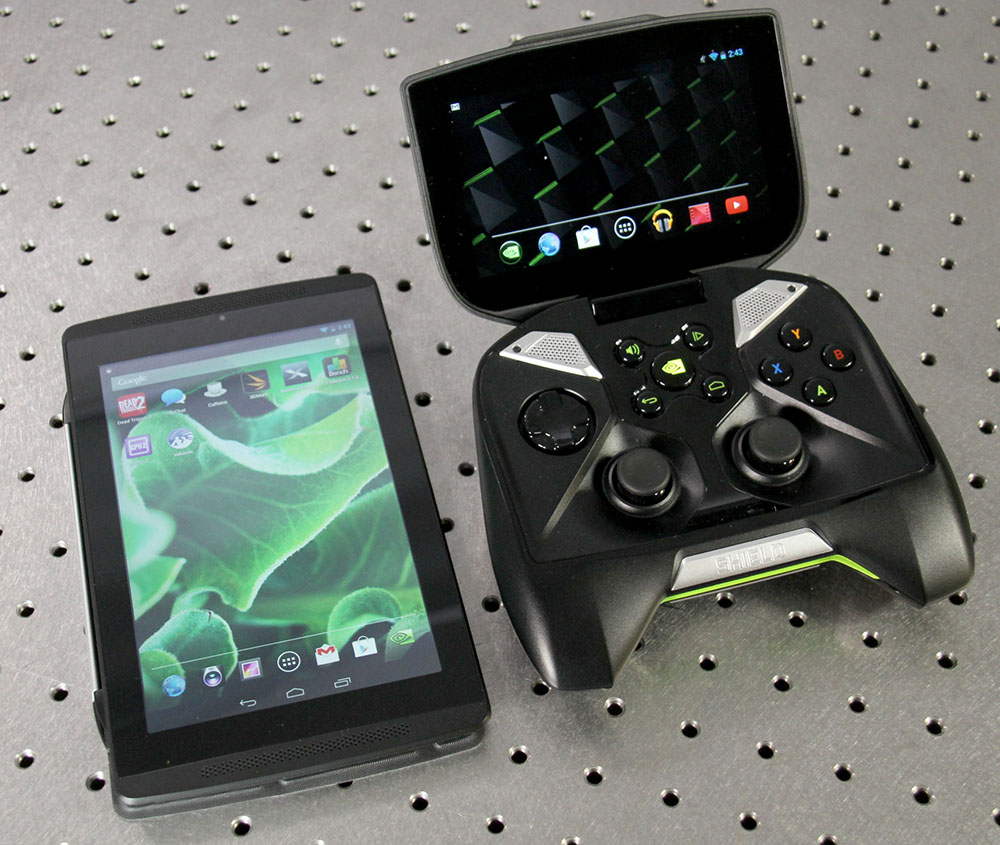 Other than the Nexus 7 (and the Galaxy Note 8.0), another potential threat to the success of the Tegra Note 7 is the pending array of Bay Trail based tablets running full Windows 8.1.  We have already spent some time with the ASUS Transformer T100, and I found it to be a fantastic option for users hunting out a 10-in tablet with the full Windows OS on it.  But at double the cost of the NVIDIA Tegra Note 7, and with a very different size and software ecosystem behind it, the overlap should be somewhat minimal for both parties.

If you already have a Nexus 7 in your life, then there isn’t really enough new on the Tegra Note 7 to warrant an upgrade.  But for users that are looking to enter the tablet market, the 7-in device being released this month from NVIDIA and EVGA is clearly among the best options in terms of performance, value, and features.

EVGA is taking preorders for the NVIDIA Tegra Note 7 on Newegg.com today for $199 with a shipping date of November 19th. 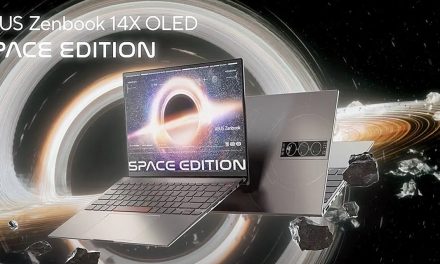