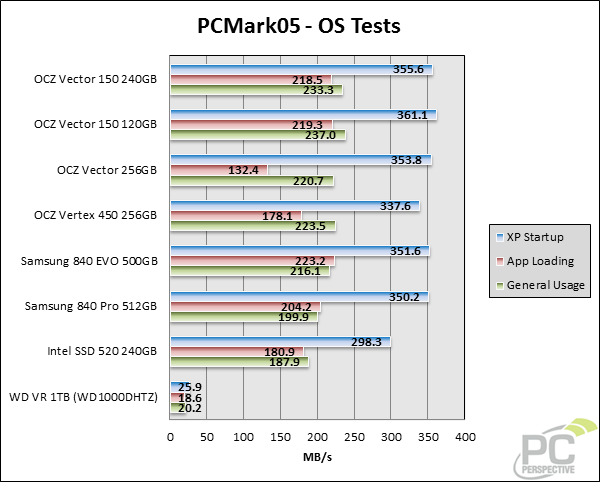 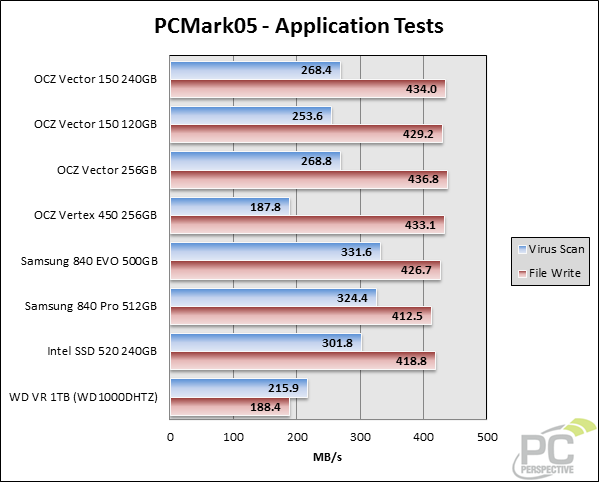 Aside from the Vector models' (new and old) tuning not aggreing with PCMark's virus scan profle, the 150 did fairly well here.