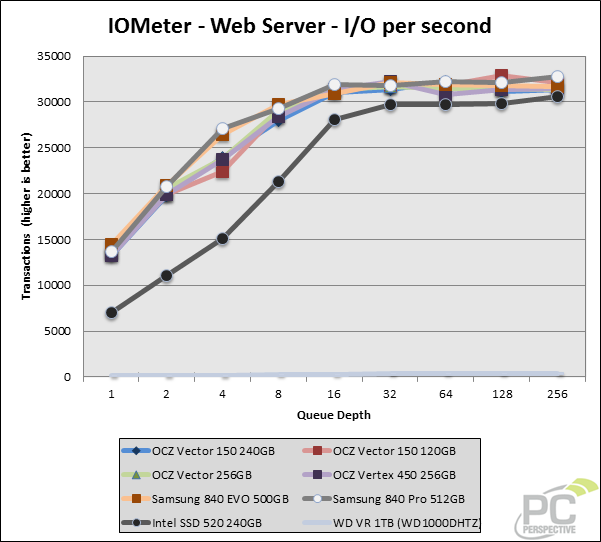 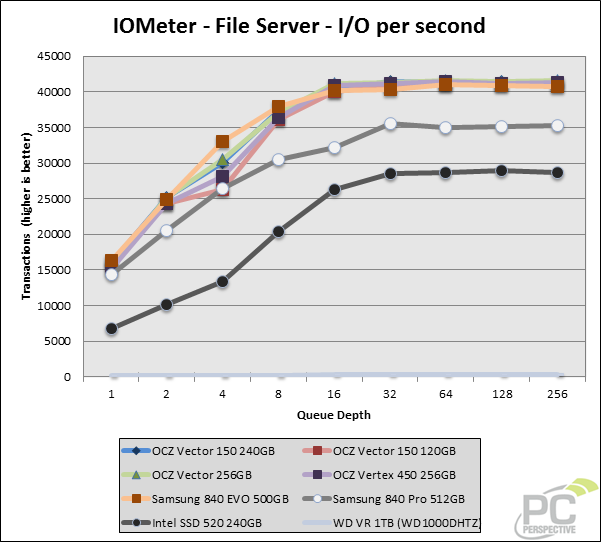 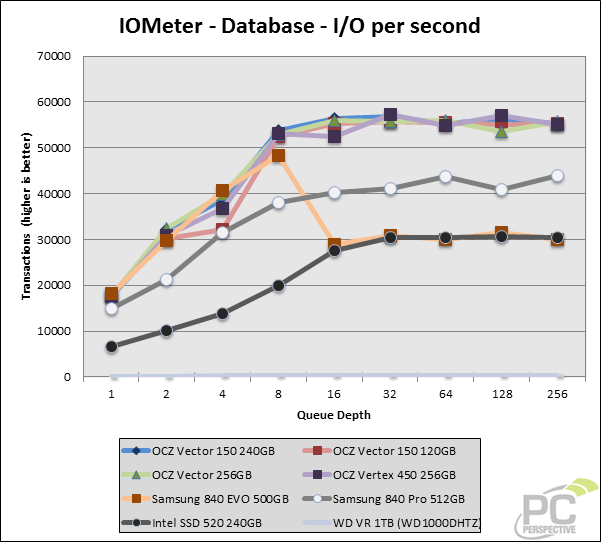 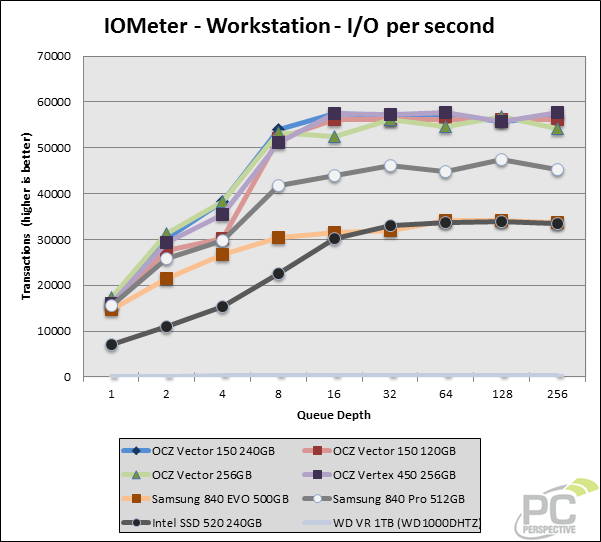 The new and previous gen Vector models perform right at the top in these tests. It was good to see the lower capacity model perform right up there with the larger ones. Normally the reduced number of available channels shows negatively in raw IOPS performance. Not the case here.

In case you were curious as to why the two 840 models appear to be dogfighting each other, the charts are now presented in the order in which they are run. As they are in a back-to-back sequence, with no breathing room given to the SSD between the tests, the 500GB 840 EVO fills its SLC cache in the middle of the database test, and the reduced write speeds impact performance through the final workstation sequence as well. A smaller capacity EVO would fill its cache sooner, while the 1TB EVO made it through the entire sequence at full speed. 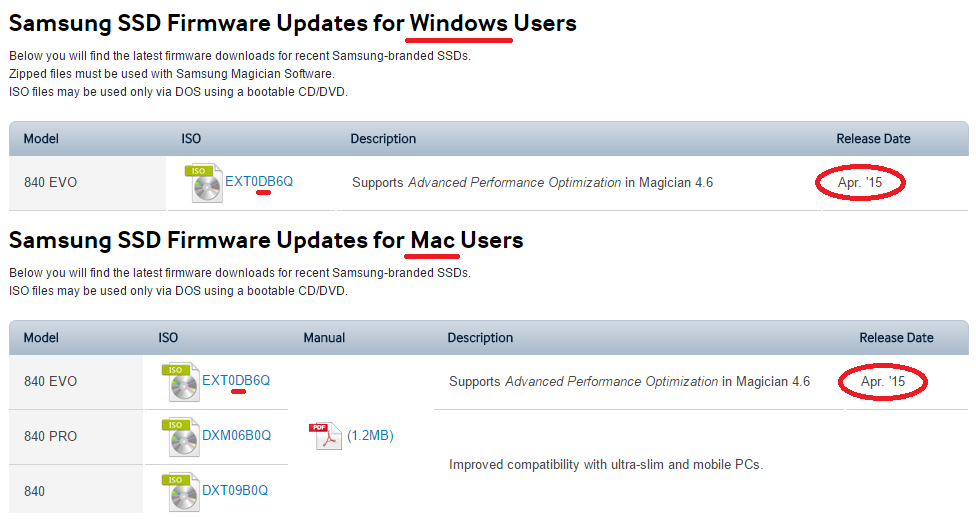