Why is there a bourbon review on a PC-centric website?

We can’t live, eat, and breathe PC technology all the time.  All of us have outside interests that may not intersect with the PC and mobile market.  I think we would be pretty boring people if that were the case.  Yes, our professional careers are centered in this area, but our personal lives do diverge from the PC world.  You certainly can’t drink a GPU, though I’m sure somebody out there has tried.

Many years ago I became a beer enthusiast.  I loved to sample different concoctions, I would brew my own, and I settled on some personal favorites throughout the years.  Living in Wyoming is not necessarily conducive to sampling many different styles and types of beers, and so I was in a bit of a rut.  A few years back a friend of mine bought me a bottle of Tomatin 12 year single malt scotch, and I figured this would be an interesting avenue to move down since I had tapped out my selection of new and interesting beers (Wyoming has terrible beer distribution).

I immersed myself (with budgetary constraints) in trying out different single malts and building up a nice cabinet of products that I can sample when time allows.  After several years of this a friend of mine pointed me to several varieties of bourbon.  There is an interesting connection between single malt scotch and bourbon; primary aging of many single malt scotches is done with used American White Oak barrels that previously held bourbon.  Sure, oftentimes these scotches have a secondary or tertiary aging in sherry butts, port barrels, and rum casks, but the majority of time is spent in those lovely used white oak casks that are shipped across the Atlantic for those thrifty Scots to pour their liquid gold into.

I tend to think of single malt scotches of being very subtle in their flavors.  Slowly sipping these will give a variety of flavors at different times of the experience, from the nose, to the palate, and then the finish.  If scotch is subtle, then bourbon is often a punch in the mouth.  Not saying it is a painful experience, but the flavors that come out are very strong.  It is a different experience from that of a single malt, but it is one that can also hide a lot of subtleties as well in the experience.

A few weeks ago I approached a local bourbon distiller about potentially sampling their wares and sharing my experiences with our PCPerspective audience.  I was pleasantly surprised when they replied to my request with an affirmative.  Bourbon reviewing here I come!

I lived in Thermopolis, WY growing up, which is only around 15 miles south of Kirby, WY.  A family friend owned a ranch out in Kirby, and on occasion we would help brand cattle and ride around their arena.  The Mead family ended up buying the ranch some years back and then decided to do something a bit different.  They thought they would try their hand at the bourbon business. 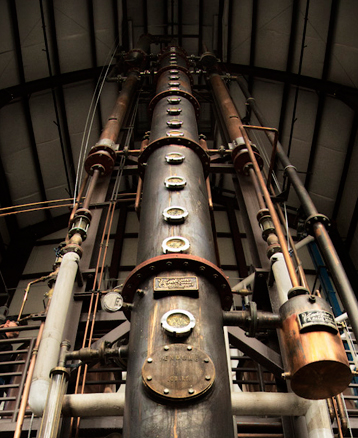 The property where they decided to build the distillery and warehouses is of course the ranch (and namely that arena) that I would visit in my youth.  So there is a personal connection to Wyoming Whiskey, though I never met the owners (they arrived in Kirby well after I had left the area).  That is not the only connection I have with the place.

My father was a practicing attorney in Thermopolis, and he worked on a project that would become integral to the production of bourbon in Kirby.  Some 43 miles away, outside of Worland, Wyoming, there is an artesian well that taps into the Madison formation.  This formation of sand and limestone purifies and conditions the water that passes through it.  The water from this well is so pure, that absolutely no treatment needs to be done to it for it to be potable.  The water as it comes out of the ground is pristine.  This water is then distributed not only to Worland, but also piped all the way to Kirby.

The Big Horn Basin is a very fertile area with farms being irrigated with water from the Big Horn River.  It is also considered “the banana belt” of Wyoming since the basin and surrounding mountains tend to protect the area from extreme weather.  Not only does Wyoming Whiskey get their water from a local spring, but they also source all of the ingredients from farmers in the area.  These farmers have been open to working with WW (Wyoming Whiskey) in differentiating their crops and choosing to do things like go from 82 day corn to 90 day corn to increase the starch content.

So after making sure they had the land, water, and raw materials they went after a master distiller.  They found Steve Nally.  Steve retired from being the master distiller at Maker’s Mark, a high end distiller of bourbon.  He in fact was inducted into the bourbon Hall of Fame (yes, there is such a thing) and he is widely respected in his craft.  The Meads and their partner David Defazio were able to convince Steve Nash and his wife to come out of retirement, move to Wyoming, and start a bourbon from scratch.  This is likely a once in a lifetime endeavor for anyone that has worked in the distilled spirits industry, and one few would pass up if given the chance.

There is a misconception that a spirit can only be labeled “bourbon” if it is distilled in what was once historic Bourbon County, Kentucky.  This is not actually the case.  To be a bourbon the spirit must be produced in the US, made from a grain mixture that is at least 51% corn, aged in new, charred-oak barrels, and distilled to no more than 80% alcohol.  It then needs to be barreled for aging at no more than 62.5% alcohol and bottled at 40% or more.  There is no minimum specification for aging.  This information comes courtesy of Wikipedia.

It appears as though the exact mixture for the bourbon being offered by Wyoming Whiskey is approximately 67% corn, 20% wheat, and 13% malted barley.  This is a wheated bourbon rather than using rye as a flavoring grain.  It is then barreled at around 110 proof (55%) and then bottled at 88 proof (44%).  The result is a very pleasant looking medium amber colored spirit in a distinctive bottle. 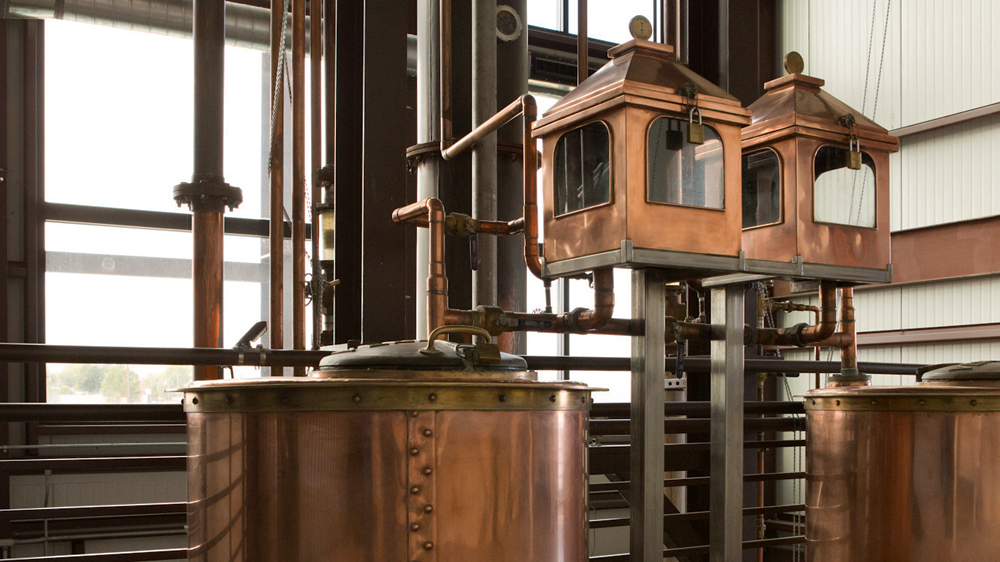 James Watt would be proud at how efficiently we can produce alcohol in vast quantities.  Picture courtesy of Wyoming Whiskey

The first limited batch of Wyoming Whiskey was released in December, 2012.  This had been aged to approximately 3 years in the barrel and Steve declared that it was fit to be bottled.  Bourbon is sold with aging as little as 3 months, so 3 years should take most of the edge off.  Throughout the year they have had other limited releases.  I personally tasted one from around February, 2013.  The final limited batches are 15/16.  I received product that was bottled on Oct. 1, 2013 and from batch #15.  This bourbon was barreled in 2009, so it is actually four years old and has gone through four winters and five summers.  This will be the final limited bottling until unlimited bottling begins in December.

Kirby is interesting in that it has massive shifts in temperature from summer to winter.  Summers often see temperatures in the 90F to 105F range, while winter can go all the way down to -40F.  This heating and cooling of the spirit drives it into and out of the wood, thereby giving it the flavor and mellowness we are accustomed to.  Chemical reactions also occur during this aging, and the final product is one that has the characteristic amber coloring of a mature bourbon. 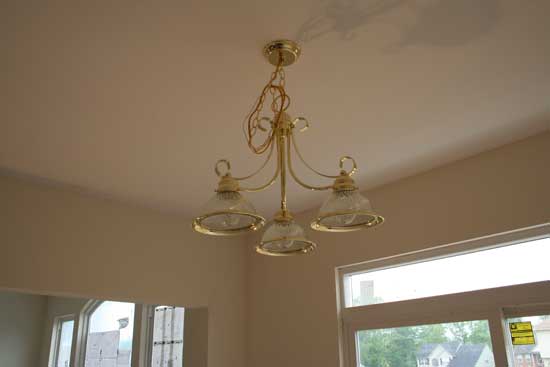