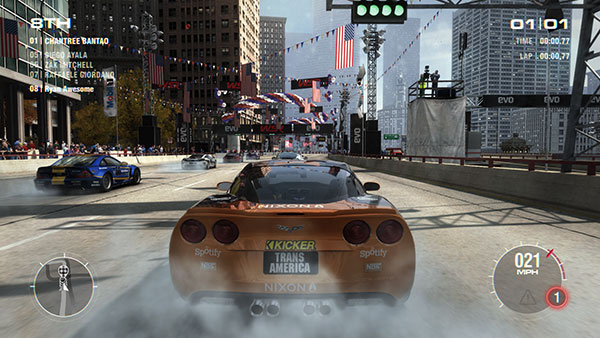 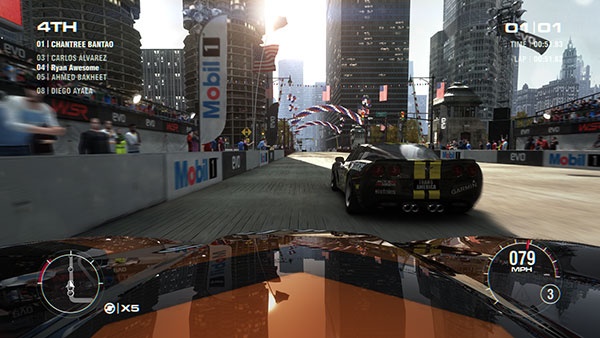 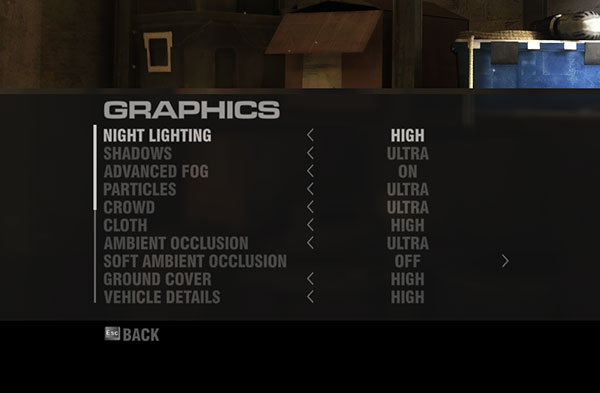 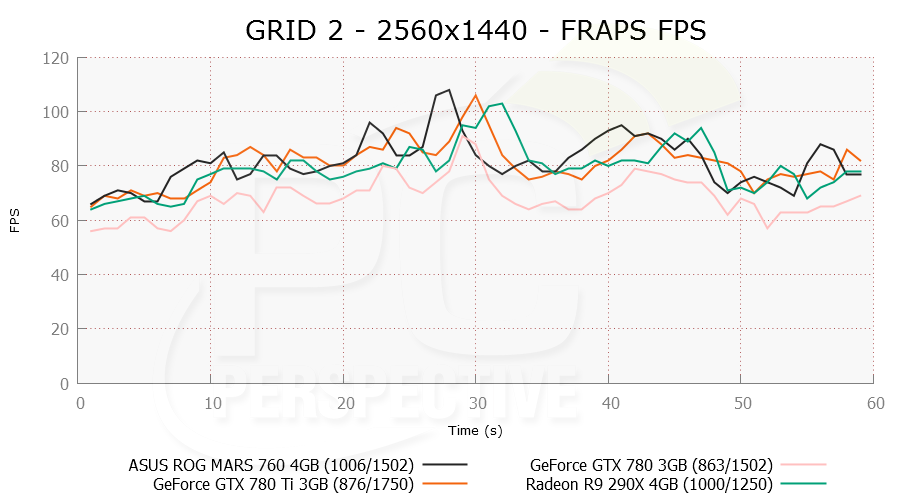 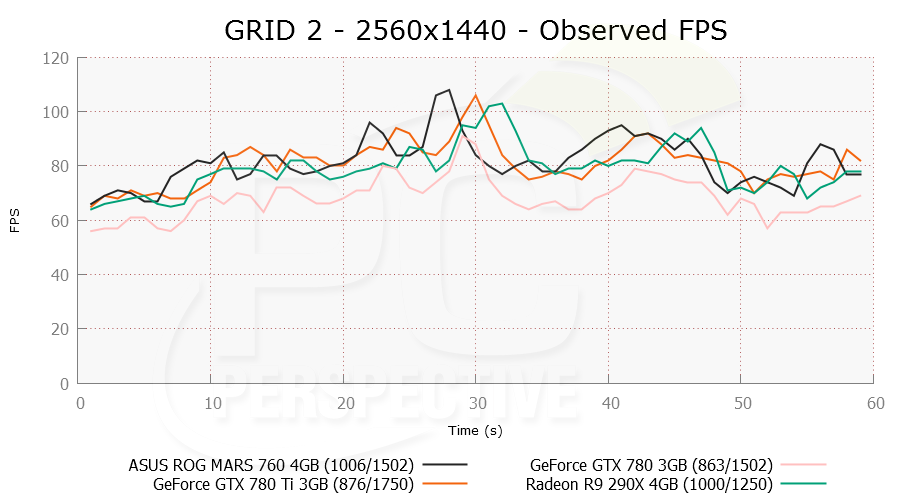 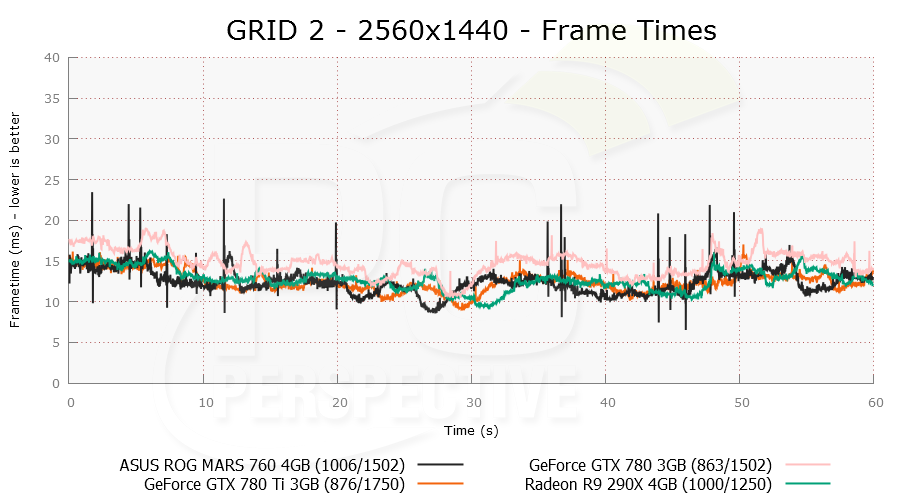 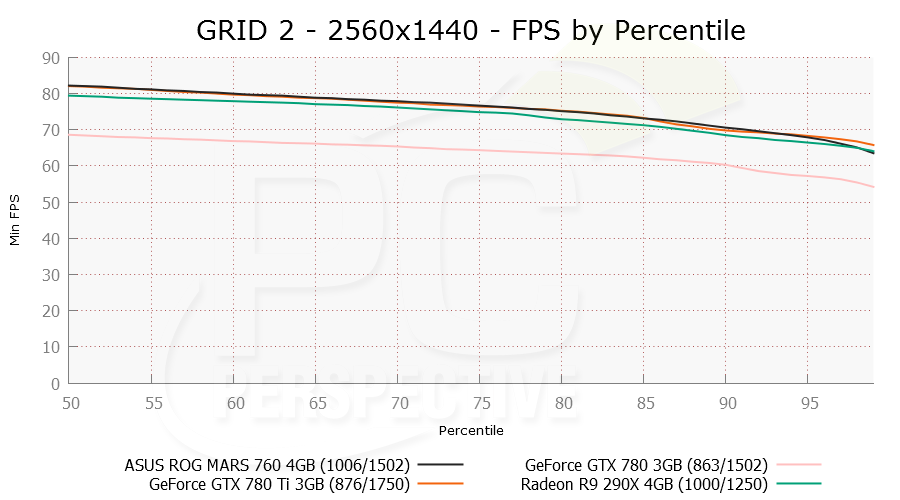 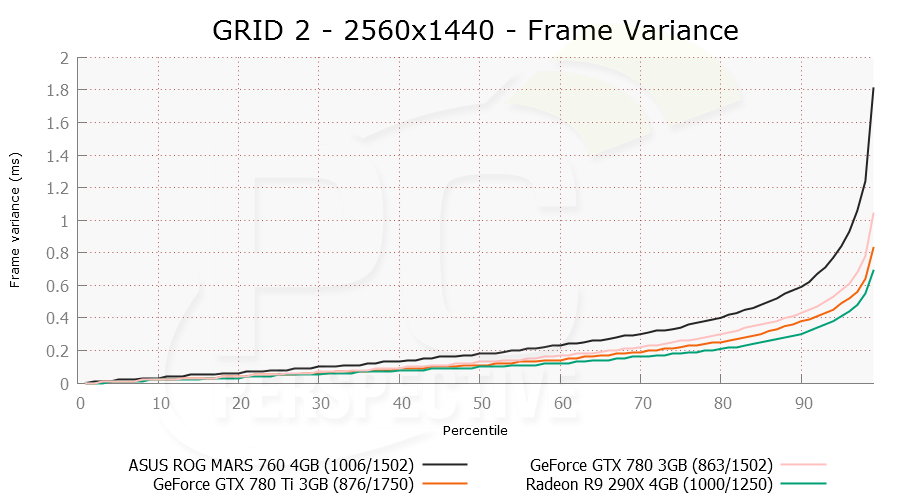 GRID 2 sees a lot more bundling of the performance of these cards.  The ASUS MARS 760 is tied in terms of average frame rate with the GTX 780 Ti and the Radeon R9 290X leaving the standard GTX 780 a bit further behind.  One area the MARS 760 does falter a bit is with the frame time variance – it is consistently higher than the single GPU cards but considering the scale (only reaching 1 ms after the 97th percentile) the differences here won't affect game play.