That we have taken a look at our gaming tests using our Frame Rating metrics and testing methods, we are including a set of tests from more standard benchmarks like Unigine Heaven and the new 3DMark benchmark. 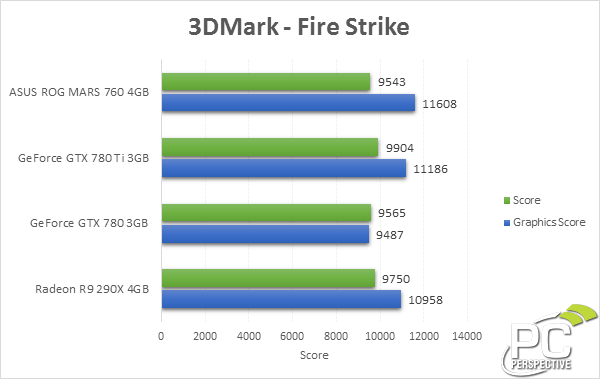 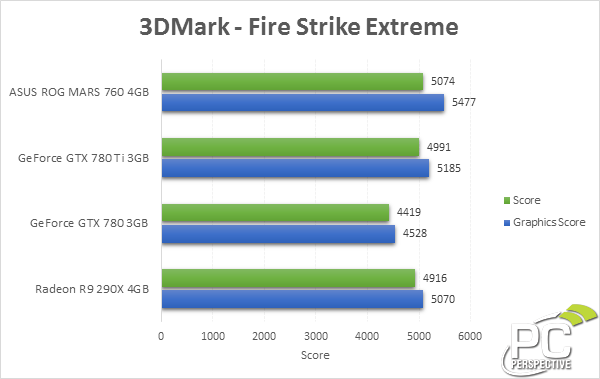 In both 3DMark tests the ASUS ROG MARS 760 is the fastest option on the table beating out the more expensive GTX 780 Ti once again. 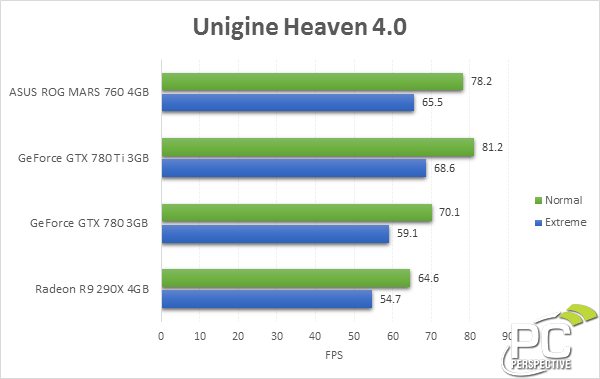 Unigine Heaven actually shows a slight advantage for the GTX 780 Ti rather than the MARS 760 thanks to the improved tessellation performance of the GK110 GPU.