Intel has made its way on to our news feed several times over the last few days. The ticking and the tocking seem to be back on schedule. Was Intel held back by the complexity of 14nm? Was it too difficult for them to focus on both high-performance and mobile development? Was it a mix of both?

VR-Zone, who knows how to get a hold of Intel slides, just leaked details about Broadwell-EP. This product line is predicted to replace Haswell-EP at some point in the summer of 2015 (they expect right around Intel Developer Forum). They claim it will be Intel's first 14nm Xeon processor which obviously suggests that it will not be preceded by Broadwell in the lower performance server categories.

Broadwell-EP will have up to 18 cores per socket (Hyper-Threading allows up to 36 threads). Its top level cache, which we assume is L3, will be up to 45MB large. TDPs will be the same as Haswell-EP which range from 70W to 145W for server parts and from 70W to 160W for workstations. The current parts based on Ivy Bridge, as far as I can tell, peak at 150W and 25MB of cache. Intel will apparently allow Haswell and Broadwell to give off a little more heat than their predecessors. This could be a very good sign for performance.

VR-Zone expects that a dual-socket Broadwell-EP Xeon system could support up to 2TB of DDR4 memory. They expect close to 1 TFLOP per socket of double precision FP performance. This meets or exceeds the performance available by Kaveri including its GPU. Sure, the AMD solution will be available over a year earlier and cost a fraction of the multi-thousand-dollar server processor, but it is somewhat ridiculous to think that a CPU has the theoretical performance available to software render the equivalent of Battlefield 4's medium settings without a GPU (if the software was written with said rendering engine, which it is not… of course).

This is obviously two generations off as we have just received the much anticipated Ivy Bridge-E. Still, it is good to see that Intel is keeping themselves moving ahead and developing new top-end performance parts for enthusiasts and high-end servers. 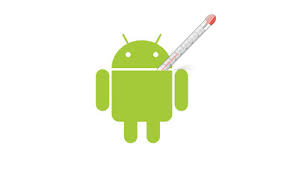 Psst, hey buddy I got some nice Android apps for you cheap! They just fell off the back of a truck ya know.