Josh Walrath titled the intro of his "Next Gen Graphics and Process Migration: 20nm and Beyond" editorial: "The Really Good Times are Over". Moore's Law predicts that, with each ~2 year generation, we will be able to double the transistor count of our integrated circuits. It does not, however, set a price.

A look into GlobalFoundries.

"Moore's Law is expensive" remarked Tom Kilroy during his Computex 2013 keynote. Intel spends about $12 billion USD in capital, every year, to keep the transistors coming. It shows. They are significantly ahead of their peers in terms of process technology. Intel is a very profitable company who can squirrel away justifications for these research and development expenses across numerous products and services.

The benefits of a process shrink are typically three-fold: increased performance, decreased power consumption, and lower cost per chip (as a single wafer is better utilized). Chairman and CTO of Broadcom, Henry Samueli, told reporters that manufacturing complexity is pushing chip developers into a situation where one of those three benefits must be sacrificed for the other two.

You are suddenly no longer searching for an overall better solution. You are searching for a more optimized solution in many respects but with inherent tradeoffs.

He expects GlobalFoundries and TSMC to catch up to Intel and "the cost curve should come back to normal". Still, he sees another wall coming up when we hit the 5nm point (you can count the width or height of these transistors, in atoms, using two hands) and even more problems beyond that. 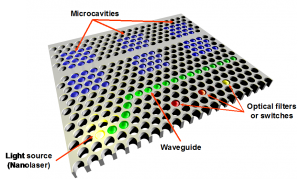 From my perspective: at some point, we will need to say goodbye to electronic integrated circuits. The theorists are already working on how we can develop integrated circuits using non-electronic materials. For instance, during the end of my Physics undergraduate degree, my thesis adviser was working on nonlinear optics within photonic crystals; waveguides which transmit optical frequency light rather than radio frequency electric waves. Of course I do not believe his research was on Optical Integrated Circuits, but that is not really the point.

Humanity is great at solving problems when backs are against walls. But, what problem will they try? 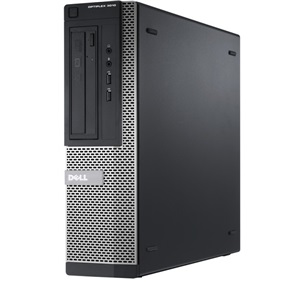