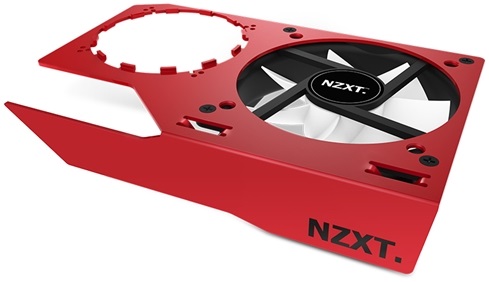 NZXT has a new cooling product coming out next week that caught my attention recently. Called the KRAKEN G10, it is a bracket and fan assembly that allows users to attach All In One (AIO) water coolers – those traditionally aimed at CPUs – to graphics cards. The Kraken G10 consists of a steel bracket with a CPU waterblock mounting hole, 92mm fan, and water tube routing space.

The Kraken G10 is a stylish approach to pairing cheap sealed water coolers to graphics cards with reference PCBs – a feat that has traditionally been limited to adventurous enthusiasts armed with zip ties and a good deal of patience. The bracket is compatible with many recent GPUs from both AMD and NVIDIA, and it allows enthusiasts to mount AIO water coolers from NZXT as well as other manufacturers. The water cooler is then able to efficiently cool the GPU while the pre-installed 92mm fan works to keep the VRM and memory areas of the graphics card cool. The G10 bracket measures 177 x 32.5 x 110.6 mm (WxHxD) and comes in white, black, or red with white fan blades and NZXT logos on the side and fan. 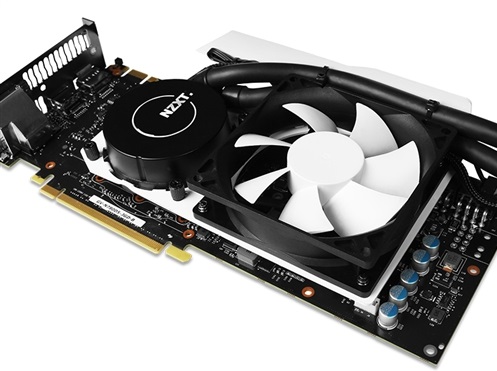 Further, users can use the G10 to mount the waterblocks of the following sealed loop water coolers.

It is a niche, but useful, product that can allow users to more easily upgrade the cooling of their graphics cards to allow for higher overclocks and/or quieter operation. The NZXT KRAKEN G10 will be available on December 16, 2013 for $29.99 from NZXT’s website. Update: It appears the first batch of G10 brackets has sold out already. Fret not, a second batch of Kraken G10s will be available towards the middle of next month according to NZXT. (End of update.) 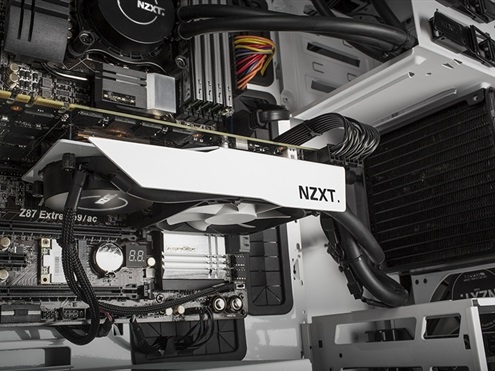 Are you planning to unleash the Kraken G10 on your GPUs (I expect crypto currency miners might be especially interested in this product heh).