Trying to tempt people onto The Elder Scrolls Online beta 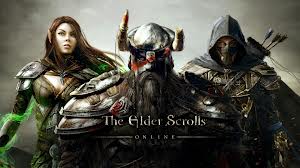 Long time fans of The Elder Scrolls series have not been jumping on the online version in great numbers, partly due to the changes that were made to the game to make it an MMORPG but also because that particular market is rather saturated.  Over at Rock, Paper, SHOTGUN is a short video intended to offer an enticing look at the skills that you can develop over time.  They are much more in depth than the constellation of skills available in offline TES games and can be gained in more ways that just levelling up.  As well they can be tweaked and modified in such a way as to make your character much more personalized, take a peek and see if it convinces you to give the game a try.

"When I was little, I wanted to grow up to be a fireman and an astronaut and a cowboy and a monster truck and Batman and a shoe and a barn and a machine that could produce infinite popsicles and the head of a moderately successful middle management firm. Eventually, however, I realized that I’d have to settle on just one thing, so I decided that I hated money and became a games journo."