We got a hold of a new driver that enables dual graphics support (hybrid CrossFire) for the new Kaveri APU. Has frame pacing been fixed?

The road to redemption for AMD and its driver team has been a tough one.  Since we first started to reveal the significant issues with AMD's CrossFire technology back in January of 2013 the Catalyst driver team has been hard at work on a fix, though I will freely admit it took longer to convince them that the issue was real than I would have liked.  We saw the first steps of the fix released in August of 2013 with the release of the Catalyst 13.8 beta driver.  It supported DX11 and DX10 games and resolutions of 2560×1600 and under (no Eyefinity support) but was obviously still less than perfect.

In October with the release of AMD's latest Hawaii GPU the company took another step by reorganizing the internal architecture of CrossFire on the chip level with XDMA.  The result was frame pacing that worked on the R9 290X and R9 290 in all resolutions, including Eyefinity, though still left out older DX9 titles.

One thing that had not been addressed, at least not until today, was the issues that surrounded AMD's Hybrid CrossFire technology, now known as Dual Graphics.  This is the ability for an AMD APU with integrated Radeon graphics to pair with a low cost discrete GPU to improve graphics performance and gaming experiences.  Recently over at Tom's Hardware they discovered that Dual Graphics suffered from the exact same scaling issues as standard CrossFire; frame rates in FRAPS looked good but the actually perceived frame rate was much lower. 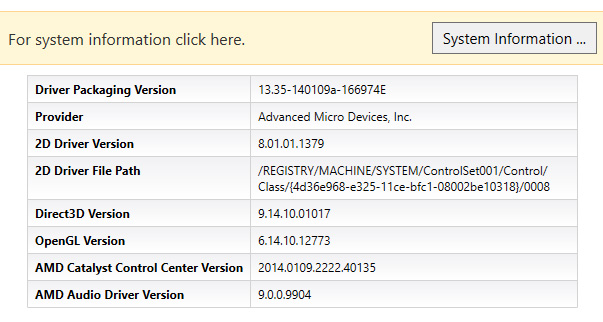 A little while ago a new driver made its way into my hands under the name of Catalyst 13.35 Beta X, a driver that promised to enable Dual Graphics frame pacing with Kaveri and R7 graphics cards.  As you'll see in the coming pages, the fix definitely is working.  And, as I learned after doing some more probing, the 13.35 driver is actually a much more important release than it at first seemed.  Not only is Kaveri-based Dual Graphics frame pacing enabled, but Richland and Trinity are included as well.  And even better, this driver will apparently fix resolutions higher than 2560×1600 in desktop graphics as well – something you can be sure we are checking on this week! 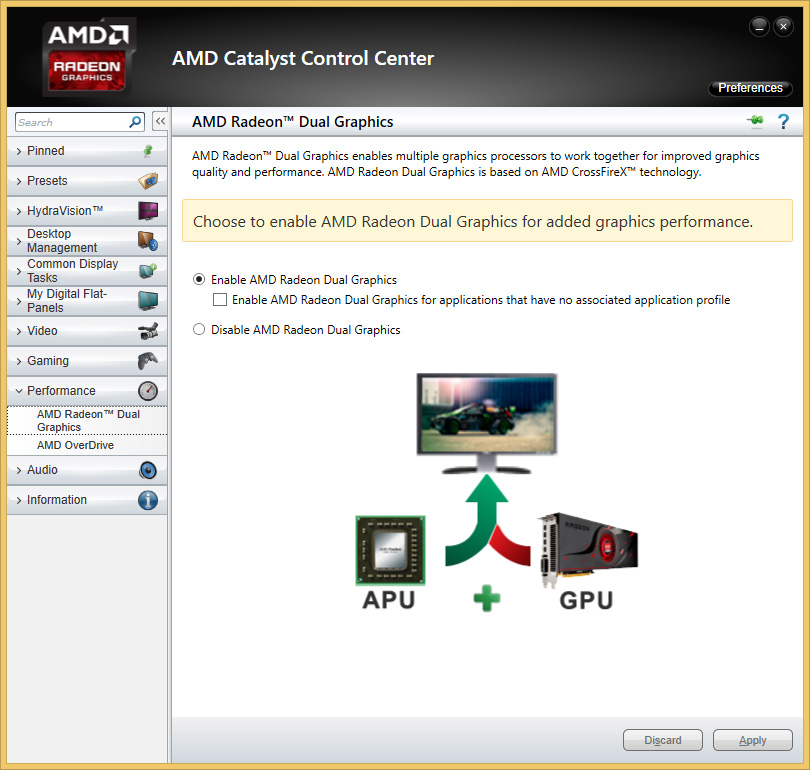 Just as we saw with the first implementation of Frame Pacing in the Catalyst Control Center, with the 13.35 Beta we are using today you'll find a new set of options in the Gaming section to enable or disable Frame Pacing.  The default setting is On; which makes me smile inside every time I see it. 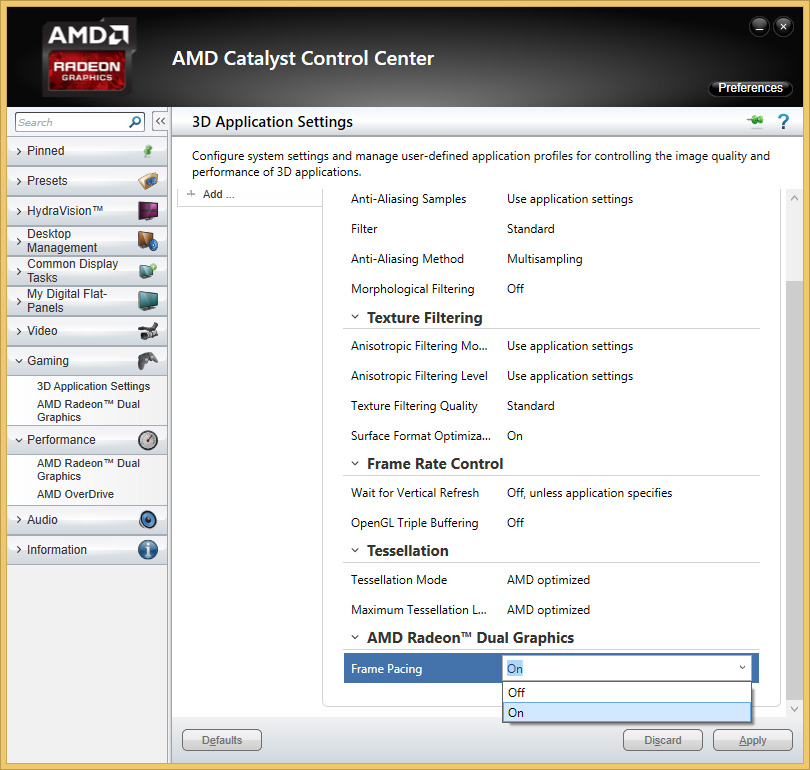 The hardware we are using is the same basic setup we used in my initial review of the AMD Kaveri A8-7600 APU review.  That includes the A8-7600 APU, an Asrock A88X mini-ITX motherboard, 16GB of DDR3 2133 MHz memory and a Samsung 840 Pro SSD.  Of course for our testing this time we needed a discrete card to enable Dual Graphics and we chose the MSI R7 250 OC Edition with 2GB of DDR3 memory.  This card will run you an additional $89 or so on Amazon.com.  You could use either the DDR3 or GDDR5 versions of the R7 250 as well as the R7 240, but in our talks with AMD they seemed to think the R7 250 DDR3 was the sweet spot for the CrossFire implementation. 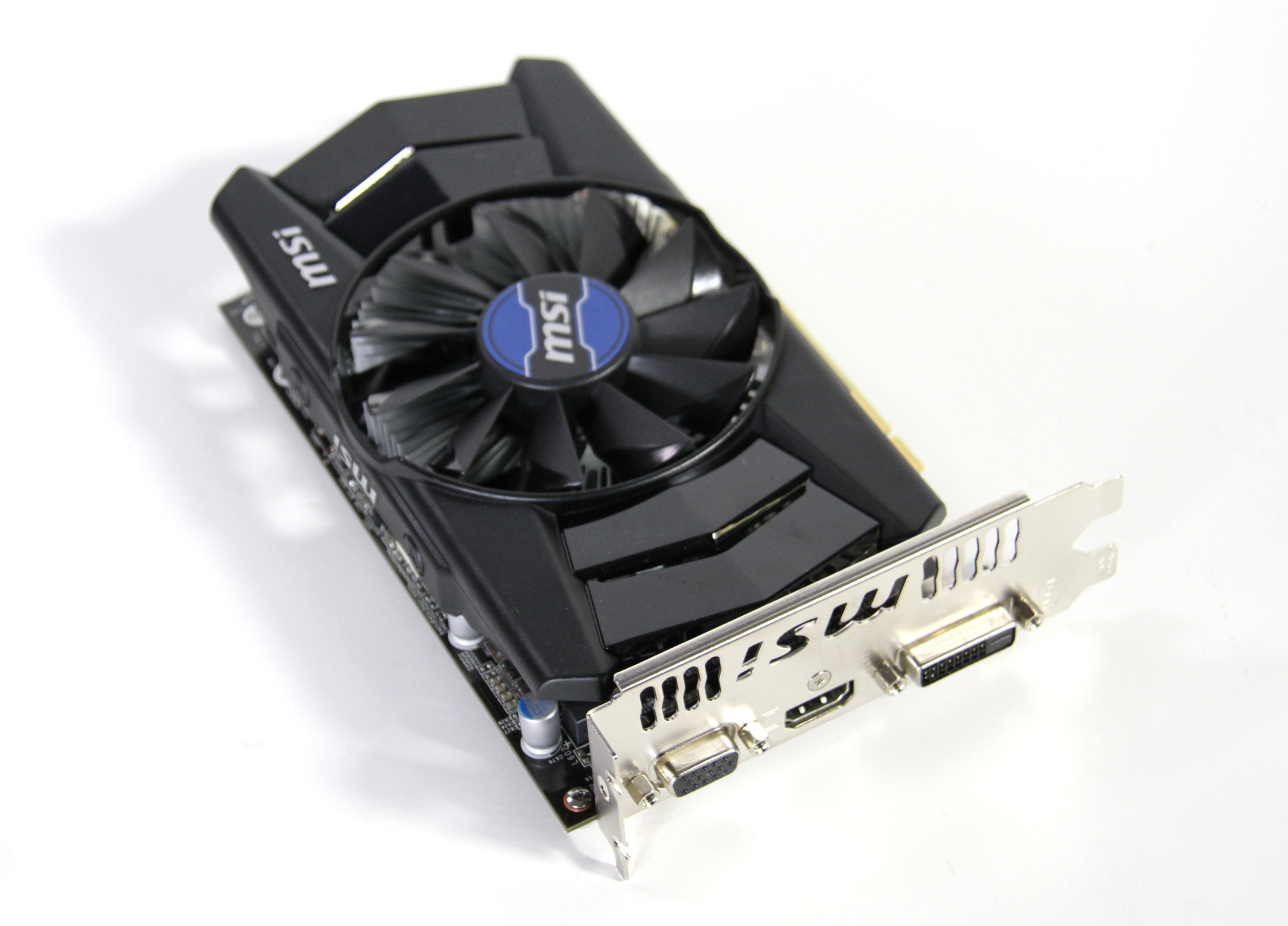 Both the R7 250 and the A8-7600 actually share the same number of SIMD units at 384, otherwise known as 384 shader processors or 6 Compute Units based on the new nomenclature that AMD is creating.  However, the MSI card is clocked at 1100 MHz while the GPU portions of the A8-7600 APU are running at only 720 MHz.

So the question is, has AMD truly fixed the issues with frame pacing with Dual Graphics configurations, once again making the budget gamer feature something worth recommending?  Let's find out!