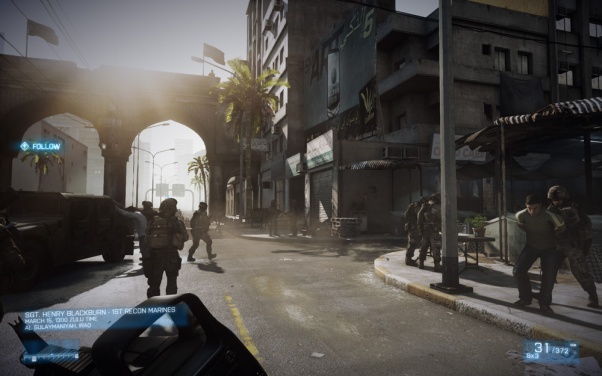 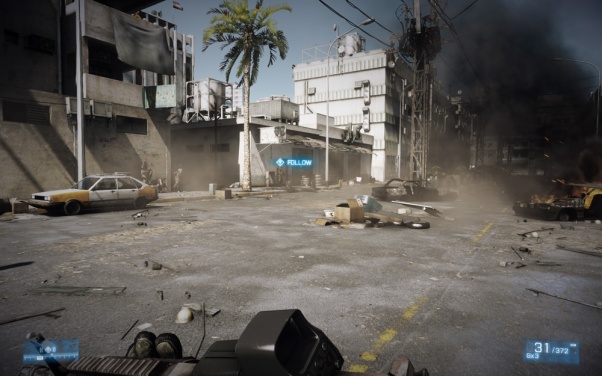 Battlefield 3 was running at 1920×1080 at the Medium quality preset in these tests. 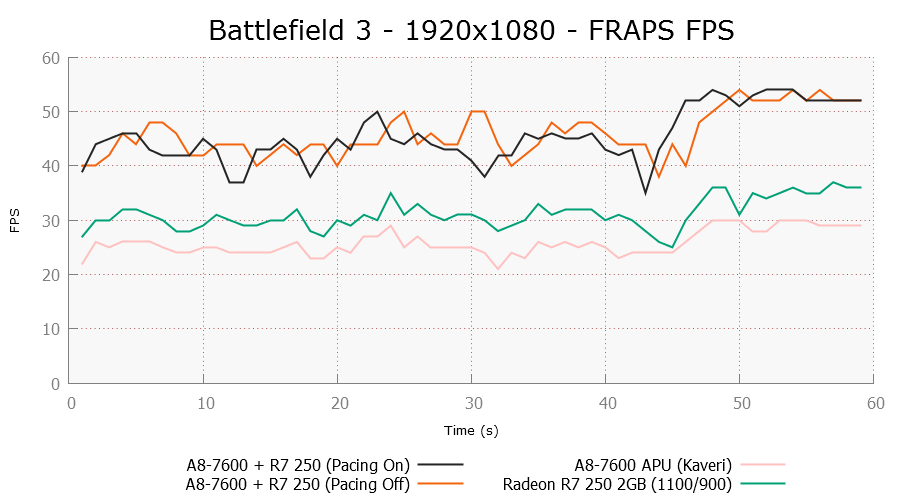 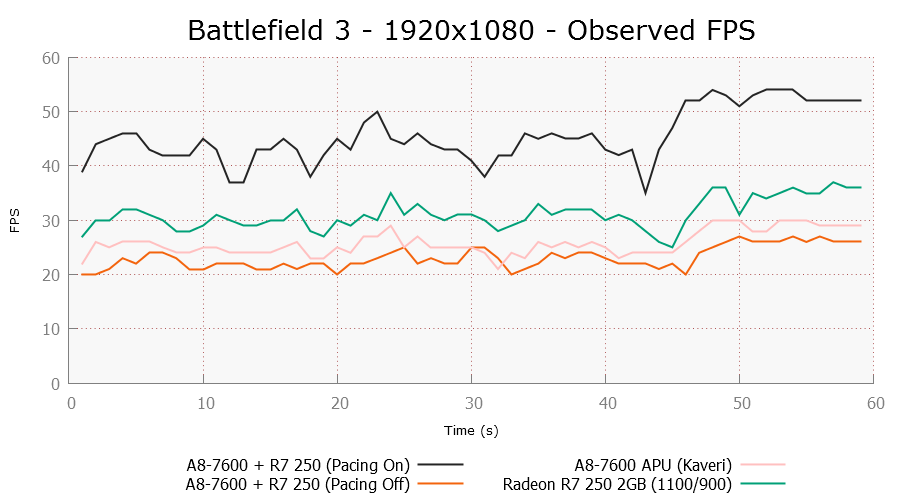 Very interesting first set of results!  Clearly, the difference in the orange line from the FRAPS results to the Observed results show the dramatic problems AMD has had with CrossFire, Hybrid CrossFire and Dual Graphics up until this point.  In fact, perceived performance was actually LOWER than the performance of the APU alone. 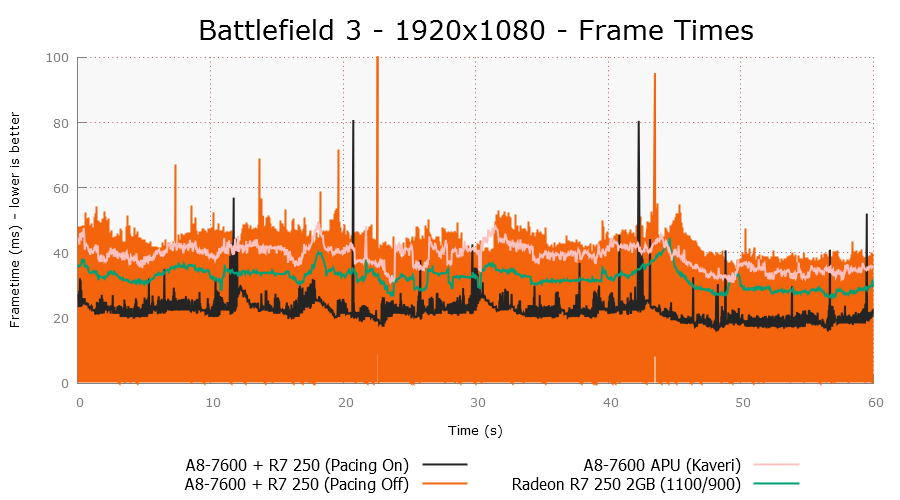 The mass of orange color represents the performance of Dual Graphics with Frame Pacing disabled, or any driver prior to this 13.35 beta was released.  Clearly, that's…pretty damn bad.  The black line is the "fixed" version of Dual Graphics with frame pacing enabled in the driver.  Not only are the frame times much more consistent, but performance scales very well with the combination of both pieces of hardware. 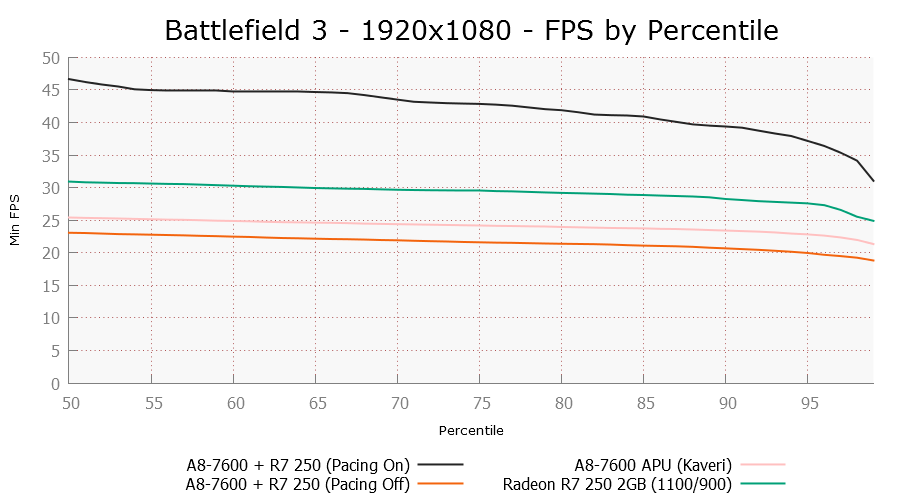 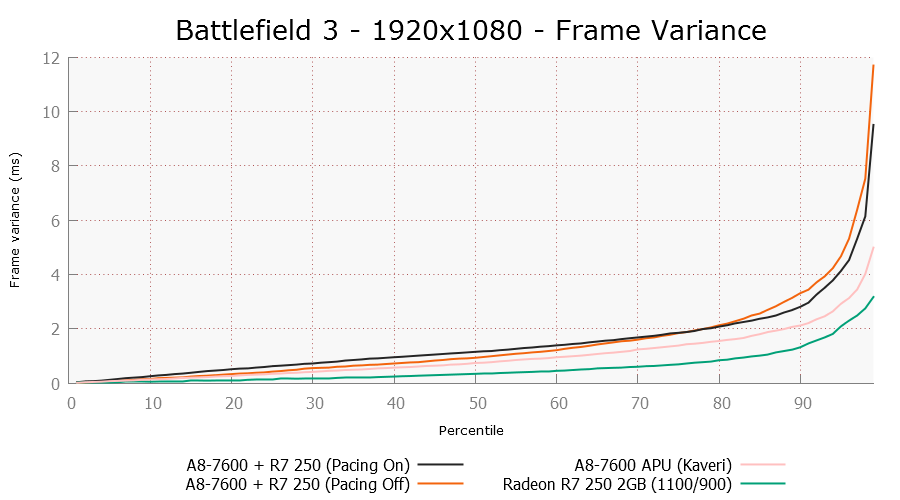 Based on the average frame rate, the Dual Graphics combination sees 46 FPS or so while the R7 250 alone hits just over 30 FPS, a gain of 34% 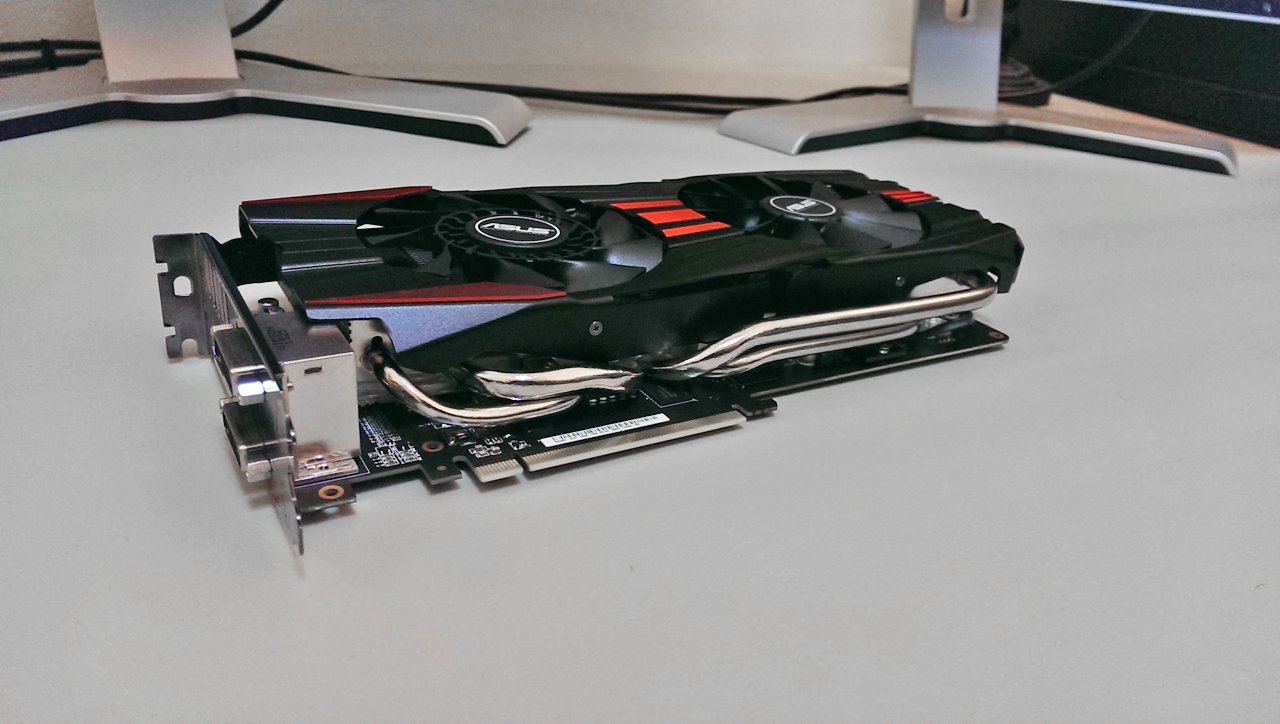