With the move to higher performance graphics cores on the A8-7600, I was eager to see how well this low cost APU performed compared to both the previous generation and to Intel's Haswell HD 4600 graphics. 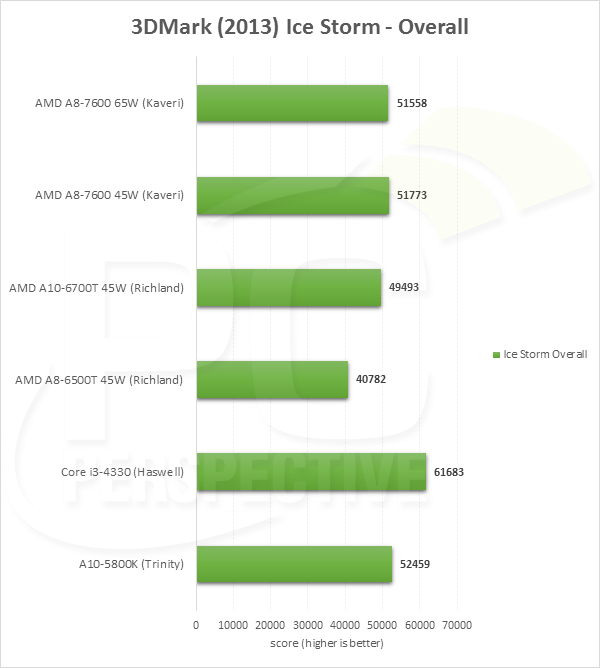 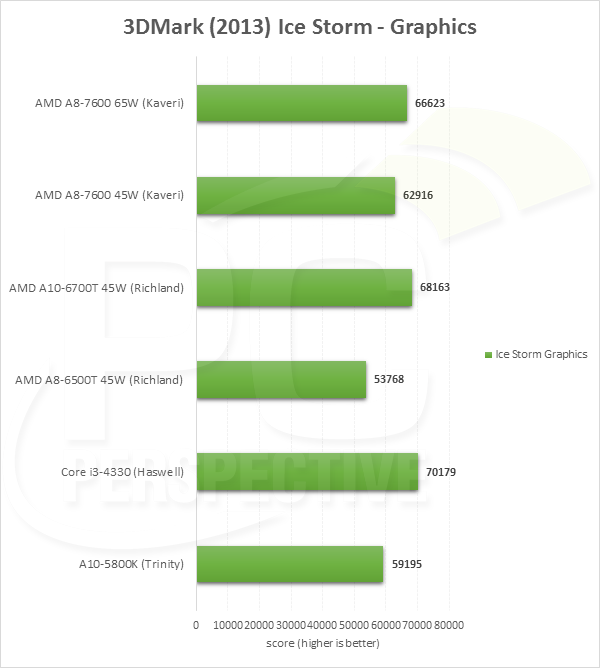 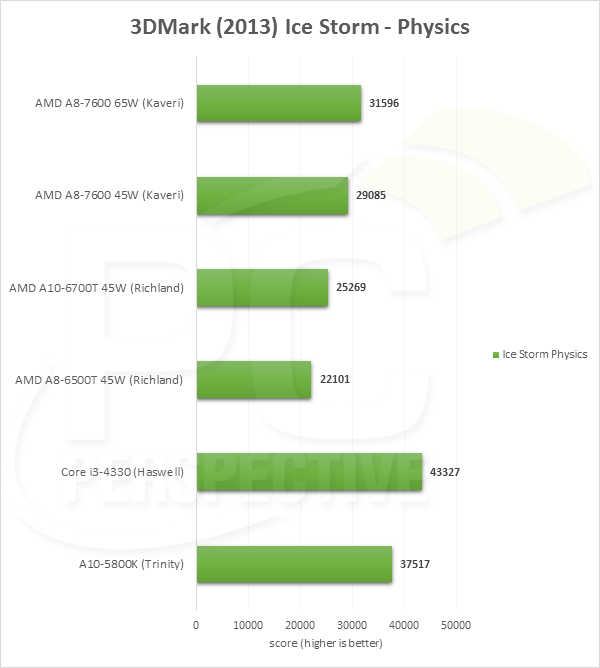 The Ice Storm test is really built for phone and tablets and as such, all of the desktop configurations have enough of GPU horsepower to push it.  The CPU/physics portion of the test is much more prominent here and gives the Intel Core i3-4330 an edge in the overall score. 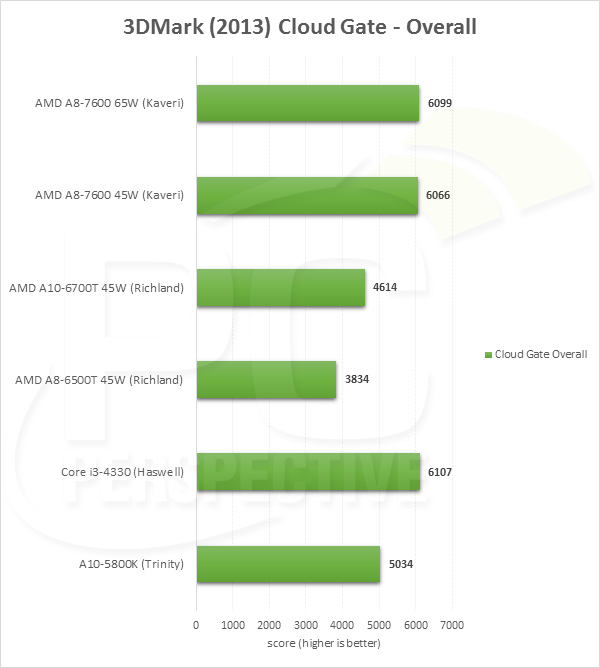 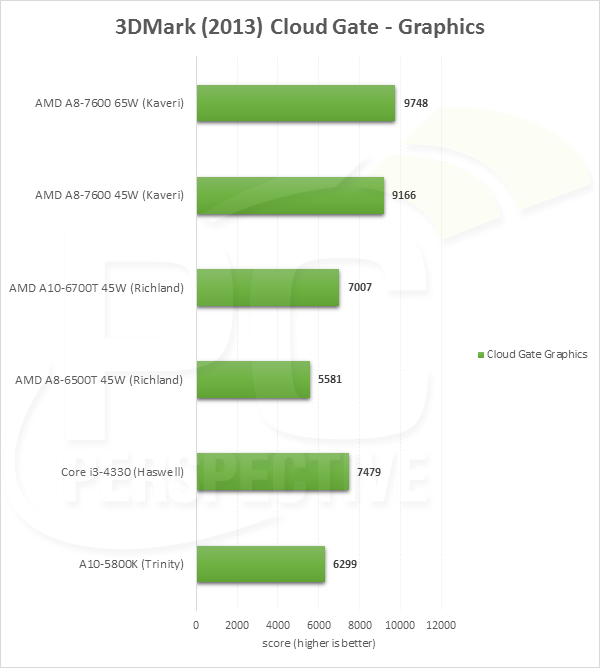 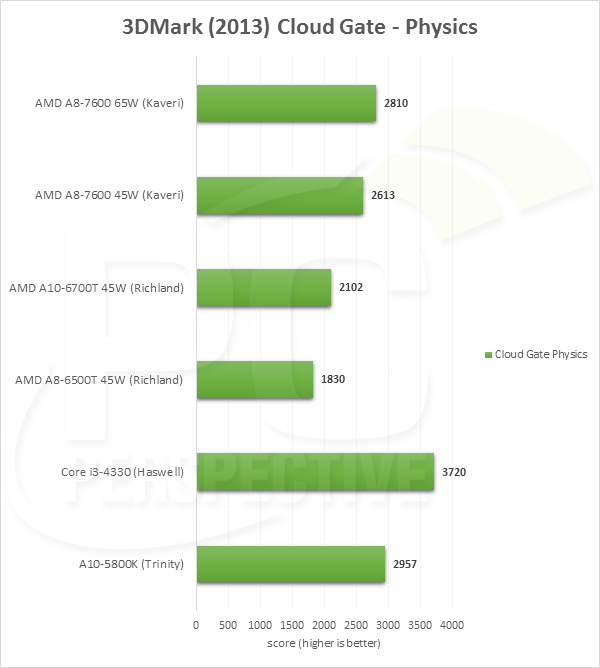 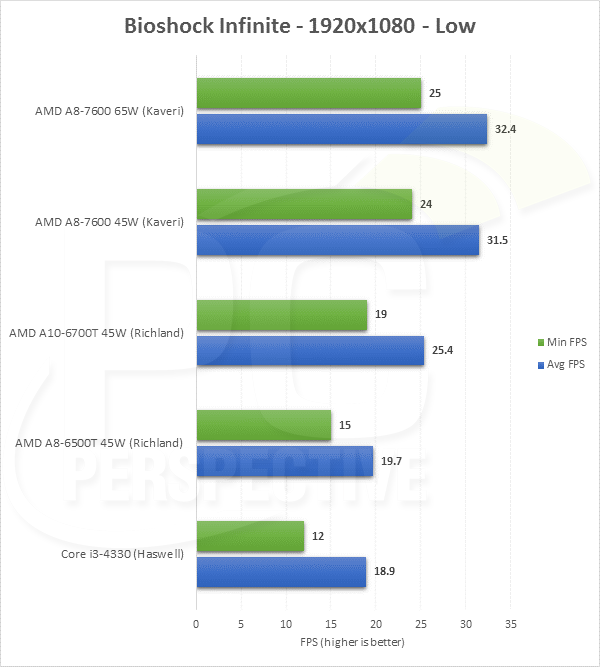 Bioshock Infinite was totally playable with the A8-7600 at 1080p and Low image quality settings. It was only marginally faster at the 65 watt TDP setting than it was at the 45 watt option.  At the same power consumption level, Kaveri is proving to be more than 20% more efficient in terms of graphics performance (for this game) than Richland and 40% more efficient than Intel's Core i3-4330. 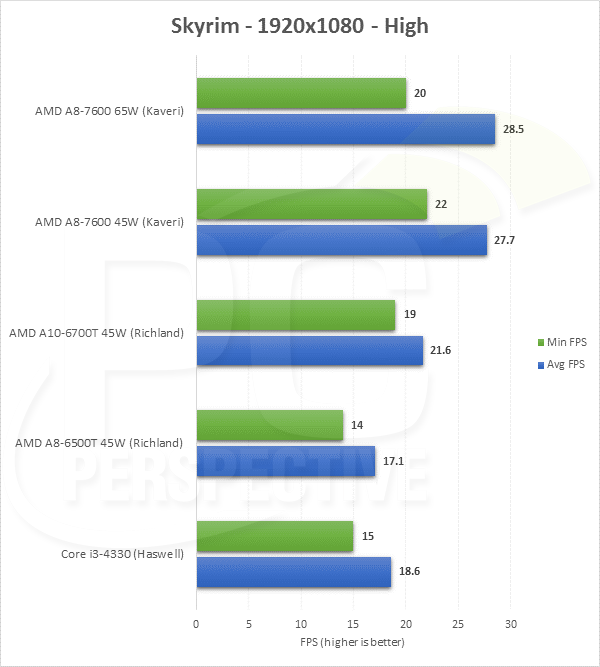 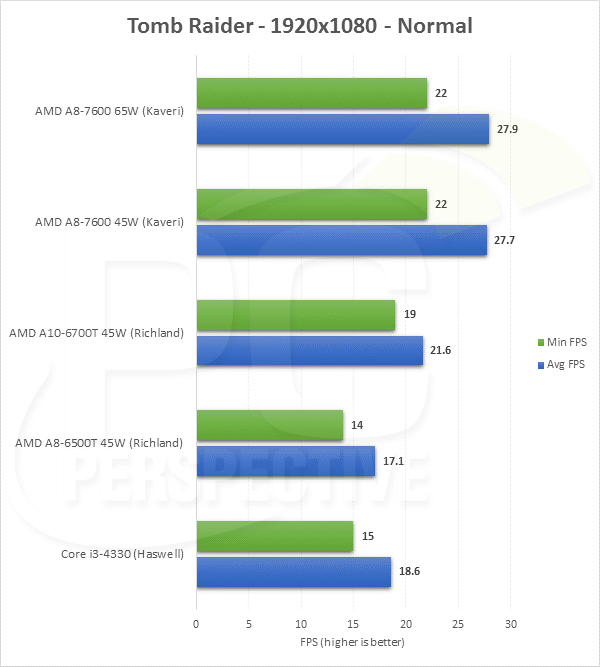 Tomb Raider shows the same pattern again – the A8-7600 is a great integrated graphics part for mainstream gaming even though it has two fewer GPU compute cores than the flagship A10-7850K.