Asus’ PadFone is a cool idea that’s never yet made it stateside—but that’s all about to change with the advent of the PadFone X, which will be headed exclusively to AT&T at some point in the future (TBA).  The PadFone was a concept first introduced in 2011 that involves a smartphone which docks with a larger tablet for seamless transition between screen sizes.  Everything is also constantly and instantly synced between the two gadgets via independent Wi-Fi and cellular data connections without the need to manually invoke synchronization.  Any applications which are currently running on either device will automatically resize to fit the other screen when the PadFone is docked or undocked.

It’s a really clever design that we’re happy to see is coming to the US.  Pricing and detailed specifications are still up in the air, but here’s what we do know about it:

A “large” battery in the companion tablet station also allows for charging of the 5-inch PadFone when docked, providing “2 times longer” battery life.

The PadFone X supports a couple of new technologies on AT&T’s network as well to help improve voice quality:

More details about the PadFone X will be announced soon.

In the meantime, Asus also unveiled the PadFone mini, which is not tethered to any particular carrier.  It’s essentially a more basic version of the PadFone X, and judging by the screen resolution alone (800×480 for the phone and 1280×800 for the tablet), it’s clear that it’s intended more for the mainstream market than tech enthusiasts. 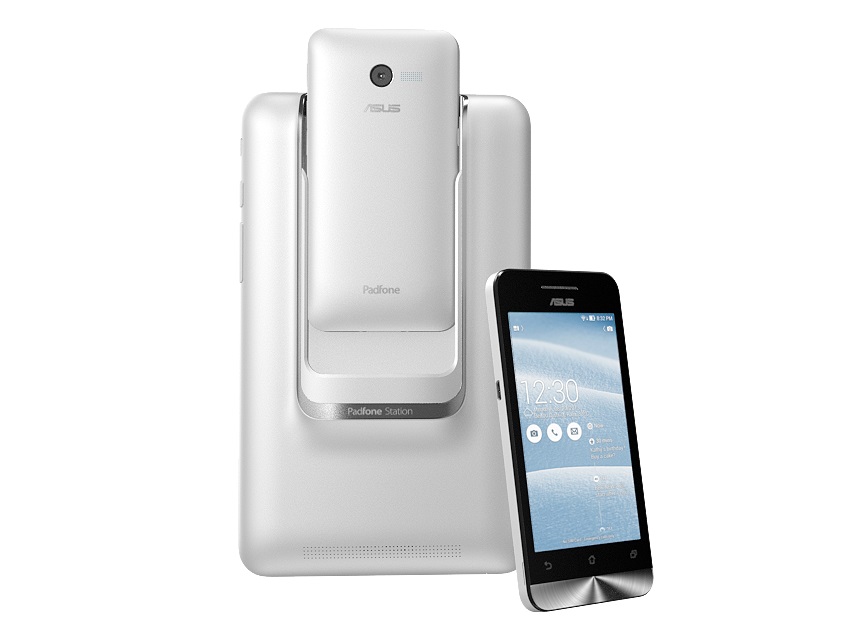 The full specs are as follows:

Stay tuned to PC Perspective for more on both devices as it’s announced!