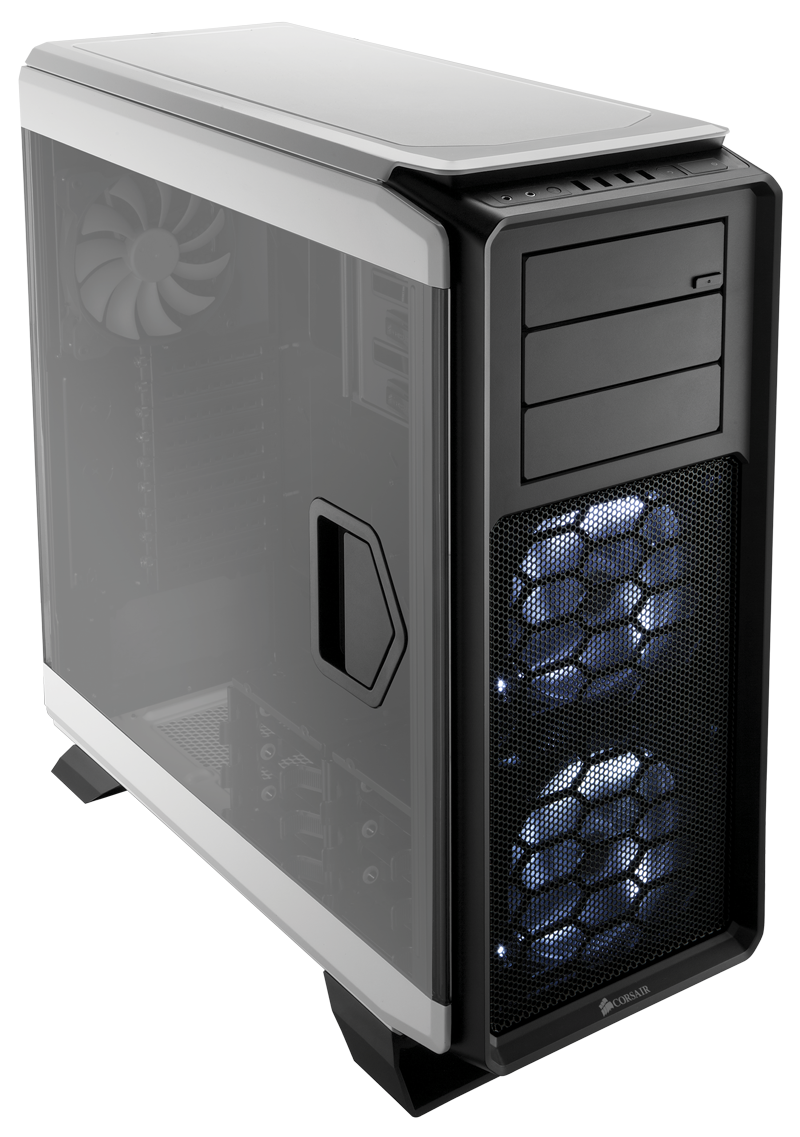 In addition to the Mini-ITX Obsidian 250D, Corsair is launching two full tower gaming cases under its Graphite series. The Graphite 760T and 730T are full tower cases constructed of steel and aluminum that incorporate many enthusiast-friendly features. The 760T and 730T share the same form factor and general design including two hinged side panels, tool-less drive bays, and support for air and water cooling options. Note that the 730T has metal side panels while the 760T has two windowed side panels and adds a fan controller. Further, the 760T comes in two color options (black and arctic white) while the 730T is only available in black.

The pair of full tower cases join the existing mid-tower 230T in the Graphite Series. The 760T and 730T are large 22.4" x 9.7" x 22.2" cases that offer up lots of cooling, expansion, storage, cable management, and motherboard support options. The case has a large mesh front panel that has two LED-lit AF140L 140mm  fans and three 5.25" drive bays. On the top edge of the case is the front IO panel which includes two USB 3.0 ports, two USB 2.0 ports, two audio jacks, and power and reset buttons. The two side panels are hinged at the back and open using a handle at the front. The left side panel is transparent to show off your hardware while the opposite side panel is opaque. In all, the Graphite 760T and 730T are attractive cases with straight lines and roughly octagonal shape. The case is lifted above the ground using large case feet. 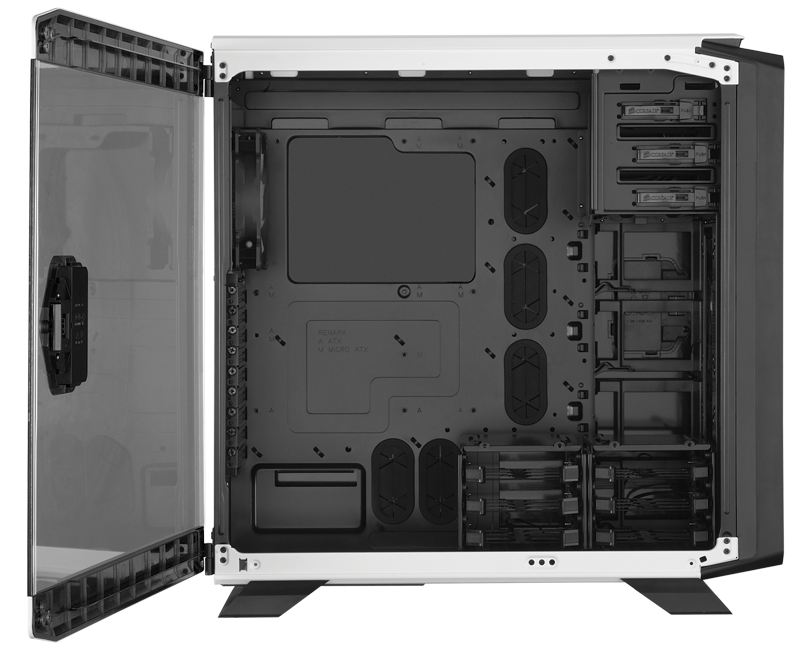 When it comes to cooling, the Graphite 760T and 730T support up to seven fans. Corsair includes two LED-lit AF140L 140mm fans in the front and a single AF140L fan in the rear that come pre-installed. From there users can add three 140mm or 120mm fans to the top and a single 120mm fan to the bottom of the case. Users that opt for water cooling can instead install a 360mm radiator in the top of the case and a 280mm radiator to the bottom of the case. The 760T includes a fan speed switch that switches between 12V and 7V power to control the speed (and noise) of the cooling fans. The cheaper 730T does not include this integrated fan controller, however.

Both the 760T and 730T will be available in February from Corsair's authorized distributors and will include a 2 year warranty. The Graphite 760T has an MSRP of $179.99 for the black version and $189.99 for the arctic white SKU. On the other hand, if you can live without windowed side panels, a fan controller, and only one color choice, the black Graphite 730T has an MSRP of $139.99.

Personally, I find it to be a neat looking case that I am considering for my next build assuming the reviews hold up on the build quality. What do you think about the newest entrants to Corsair's Graphite Series? 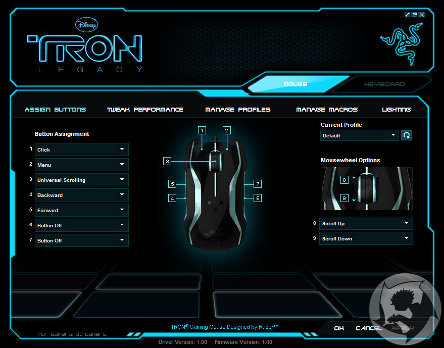 Can’t get enough TRON? Try a matching mouse and pad from Razer!