While the world still waits for stock of the custom cooled R9 290X and R9 290 cards from AMD's partners to show up in stores, Gigabyte was showcasing its WindForce models on the floor at CES 2014.

The Gigabyte GV-R929XOC-4GD is an R9 290X graphics cards that includes the company custom designed WindForce, triple fan cooler.  The cooler is rated at 450 watts of dissipation, but hopefully you'll never actually be drawing that from this single GPU graphics card.  The core clock on this model will be slightly overclocked, going from the stock 1000 MHz to 1040 MHz.  Hopefully we'll have a review sample soon so we can verify that it maintains that overclocked clock speed throughout the gaming workloads. 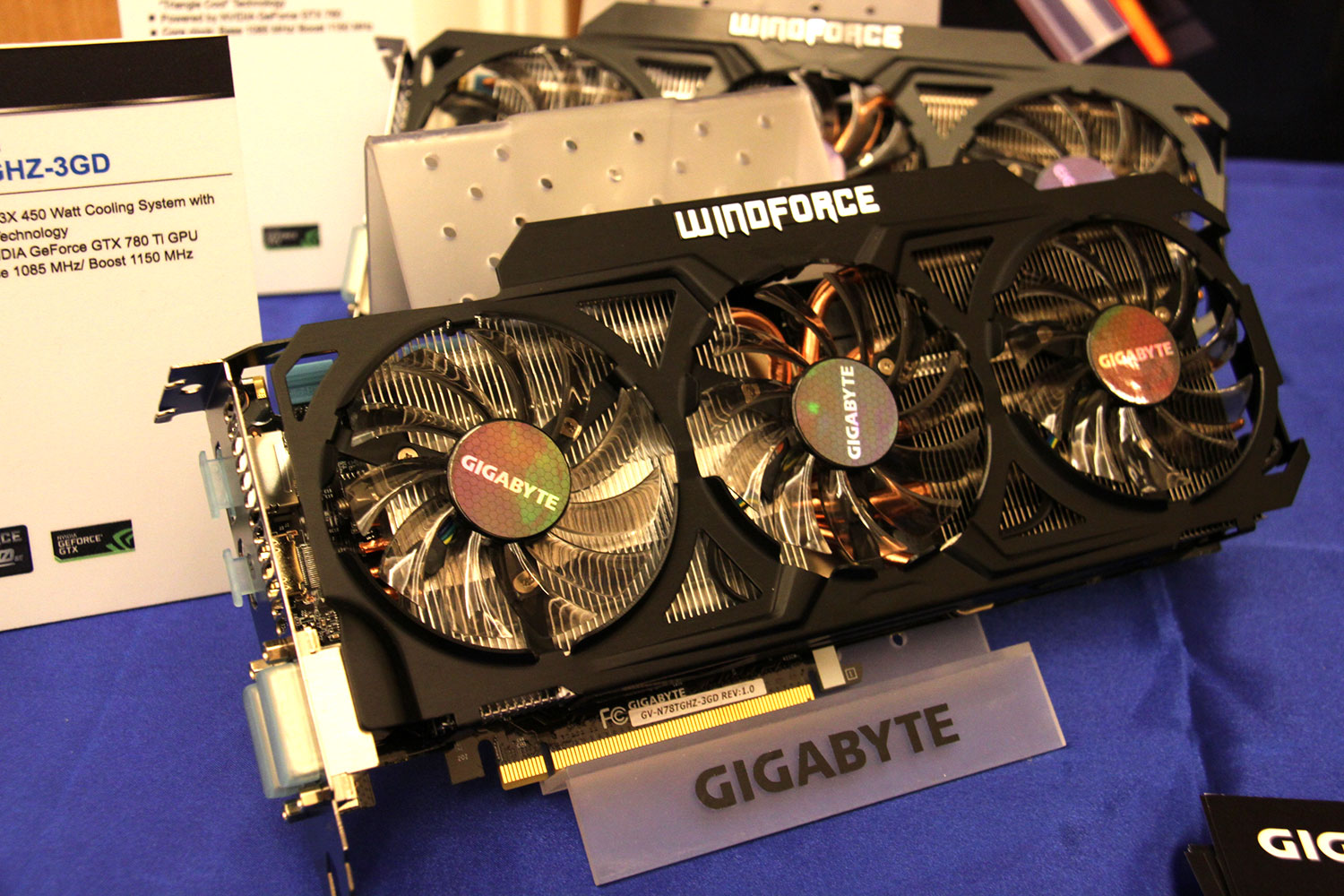 Using the very same cooler is the GV-N78TGHZ-3GD based on the GeForce GTX 780 Ti GPU.  In fact, without my tell you which card was which, you'd likely have no way to tell them apart without looking at the PCB more closely. Gigabyte will be setting the base clock on this model at 1085 MHz and the Boost clock at 1150 MHz. 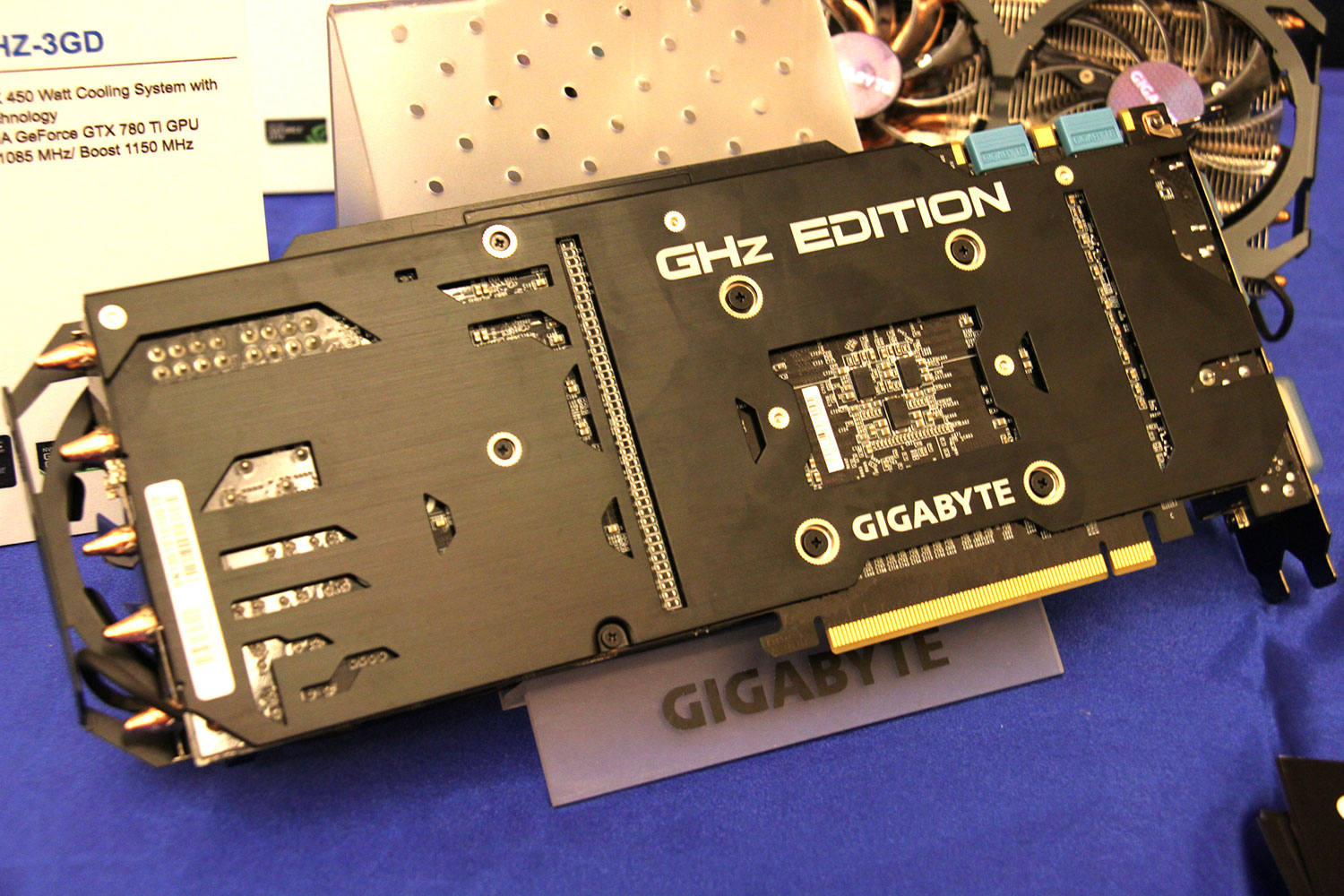 The cards will also include a back plate on the rear of the PCB to help protect the components and ICs while also strengthening the board during shipping general use.  Gigabyte says these cards will only carry and MSRP that is $20-50 more than the reference cards so look for each of them this month!