Monday, the opening day of CES, was full of keynotes and announcements from Audi to Valve (Yahoo! was the day after). Okay, so that is probably not the complete alphabetical range, but keep reading regardless. The Intel speech had a few surprises including Gabe Newell re-announcing Steam Machines just a couple of hours after his own keynote.

Possibly the most surprising to me was the "Dual OS platforms" announcement. Frankly, I am fine with using BlueStacks for whatever little Android use that my desktop experiences. I did see a demo of the ASUS Transformer Book Duet, however, which was able to switch between Android and Windows 8.1 with the touch of a button and about 3 seconds of black screen. It seems to be more than emulation and it is pretty clearly not rebooting.

To be clear, the following is speculation (and not even confident at that). I am hypothesizing… not reporting. Unfortunately, Intel (and ASUS) have been very silent on the actual implementation as far as I can tell. Since this is clearly branded as "Android and Windows can be friends", it would not surprise me if this was a baked solution for the two platforms and maybe even special hardware.

One possibility is that hardware or software loads both operating systems into memory or hibernation state. In this way, when the user signals their desire for a change, the former operating system is slept (or hibernated) and the processor is then pointed to the others memory space.

If the above is the case then I hope popular Linux distributions can get their hands on it. Rebooting is far too annoying for me to try out alternative operating systems and virtualization is also too problematic (at least for now). If I can just suspend and switch, especially with native performance on either end, then I will definitely be willing to play around. Honestly, how expensive are RAM and storage these days?

But, if it is user-accessible, then it would be a major consideration for a future upgrade. 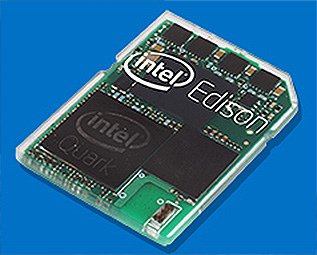 The other cute little announcement is Edison, a dual core PC in an SD card form factor. The hope is that this device will power wearable computing and make other devices smarter. It is based on 22nm silicon and even includes WiFi. One use case they presented was a bottle warmer which warms the milk before you even get your child.

Despite the late coverage, it was a very interesting keynote. Ars Technica still has their live blog published if you would like to skim through a play-by-play. 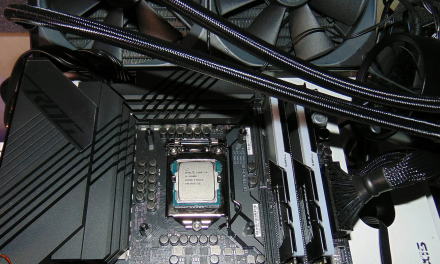