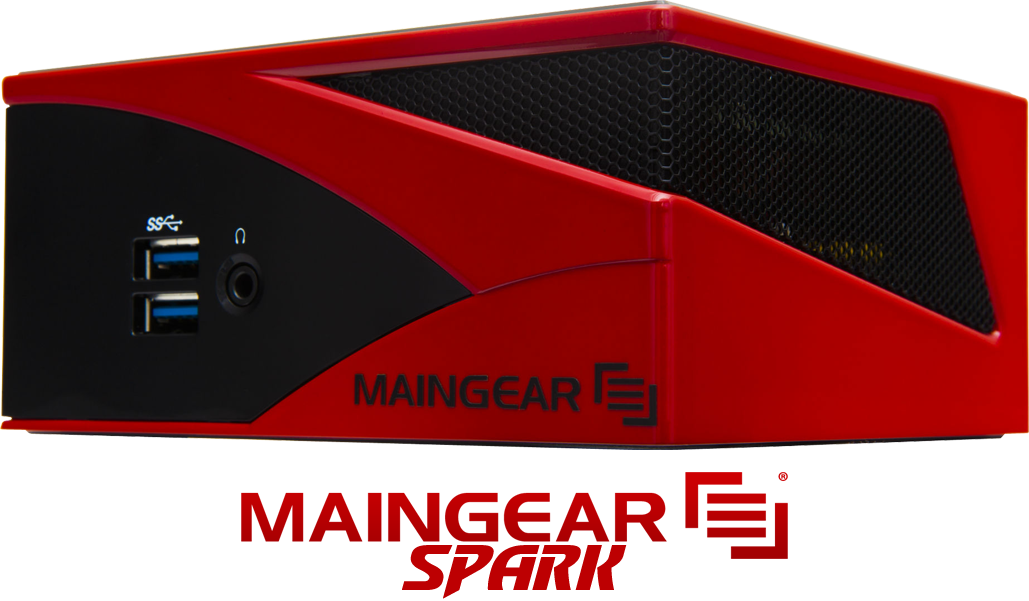 Not content to let Digital Storm have all the fun with SteamOS, MAINGEAR has launched a small form factor SPARK Steambox PC! Clad in the traditional red and black colors of Maingear, the Spark is a stylish gaming system powered by an AMD APU that is about the size of an Intel NUC. Maingear is offering the system with Valve's Linux-based SteamOS as well as Microsoft's Windows 7 and Windows 8.1 operating systems.

The Steambox PC measures 4.5" x 4.23" x 2.34" and weighs 0.98 pounds. The system has a vivid red and black design with large mesh vents on the sides and rear panel. IO includes two USB 3.0 ports and two audio jacks on the front as well as one HDMI, one Mini DisplayPort, one Gigabit Ethernet, two USB 3.0 ports on the rear IO panel. The design is striking and likely to appeal to gamers though it may clash with your other A/V equipment in the entertainment center (which really comes down to personal tastes). 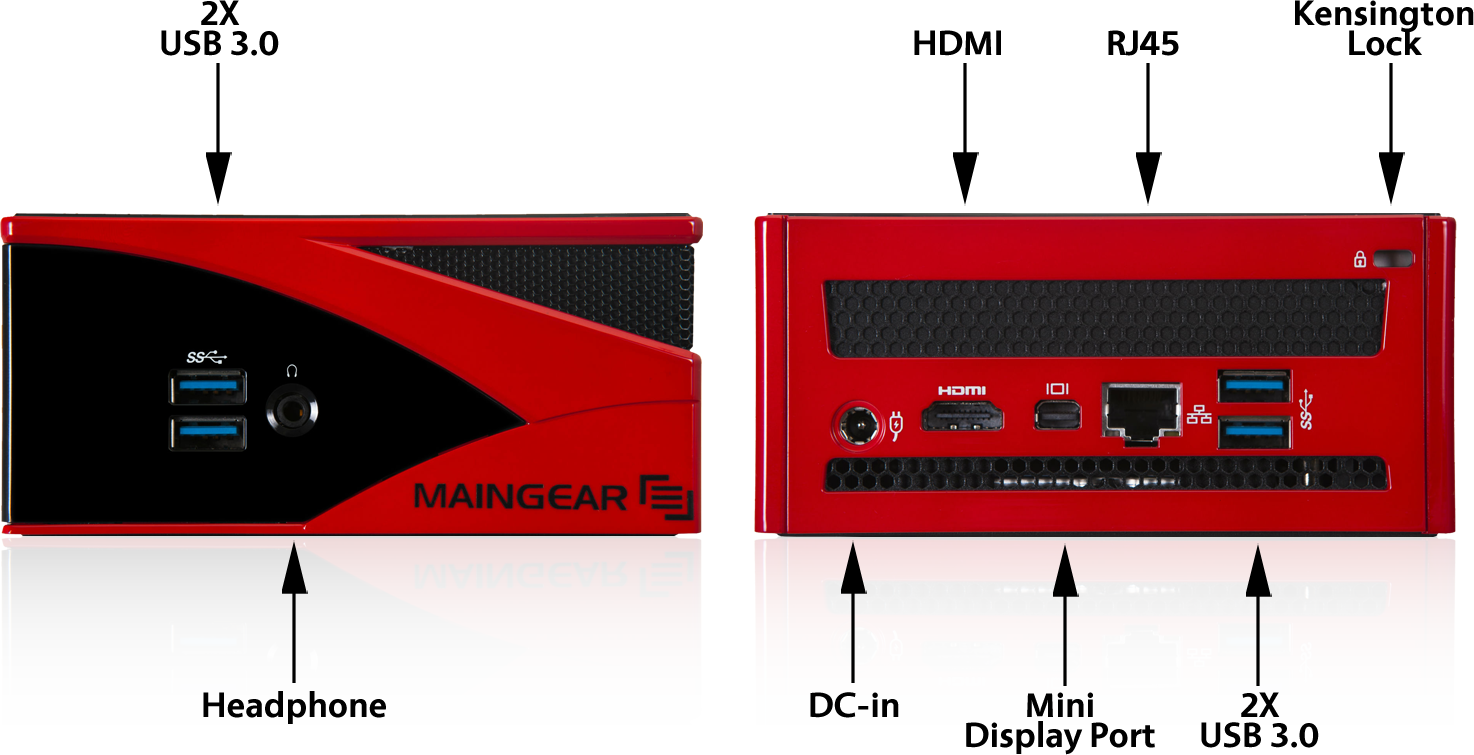 Despite the small size, Maingear has managed to pack a respectable amount of PC hardware into the Spark. The SFF Steambox is powered by an AMD A8-5557M APU (four threads) clocked at 2.1GHz base and 3.1GHz turbo along with an AMD Radeon R9 M275X graphics card with 2GB of GDDR5 memory, and up to 16GB of DDR3 1600MHz memory (two SO-DIMMs). Storage includes a single SATA III 6Gbps port (with room in the case for a single 2.5" drive) and one mSATA slot that supports SSDs up to 256GB. The Spark does support Gigabit Ethernet, but it also comes with a pre-installed Mini-PCIe card that provides 802.11ac Wi-Fi (2.4GHz and 5GHz bands) and Bluetooth 4.0. Users will be able to customize the RAM and storage options, but the other specifications are not user-configurable. 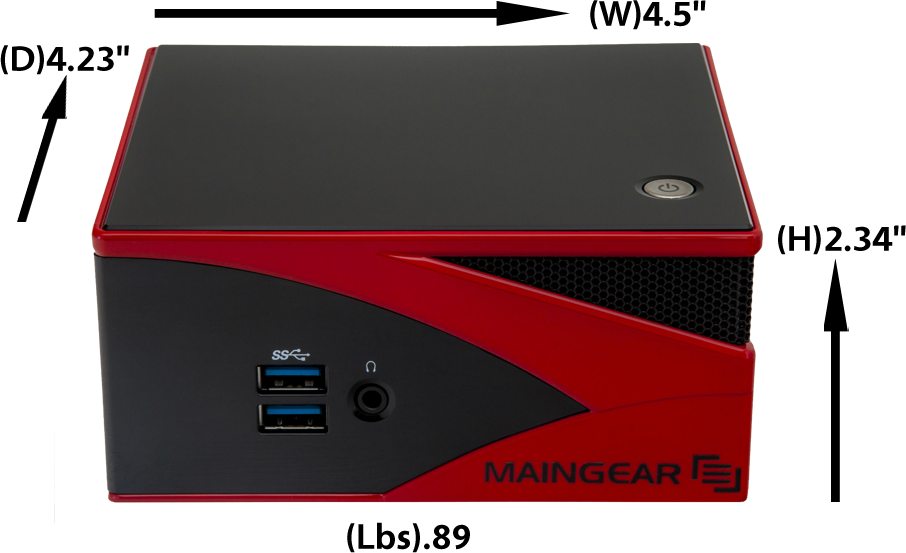 The Maingear Spark will be available for purchase in late Q1 2014 for an as-yet-undisclosed price. For what it's worth, Maingear has stated that the tiny Spark gaming PC will an "affordable PC solution."

Personally, depending on price, I am interested in this steam machine as I rather like the aesthetics and the internal hardware should be sufficient for basic gameplay on the hardware itself and game streaming from my main desktop when that feature becomes available.

What do you think about Maingear's miniscule APU-powered Steam Machine? 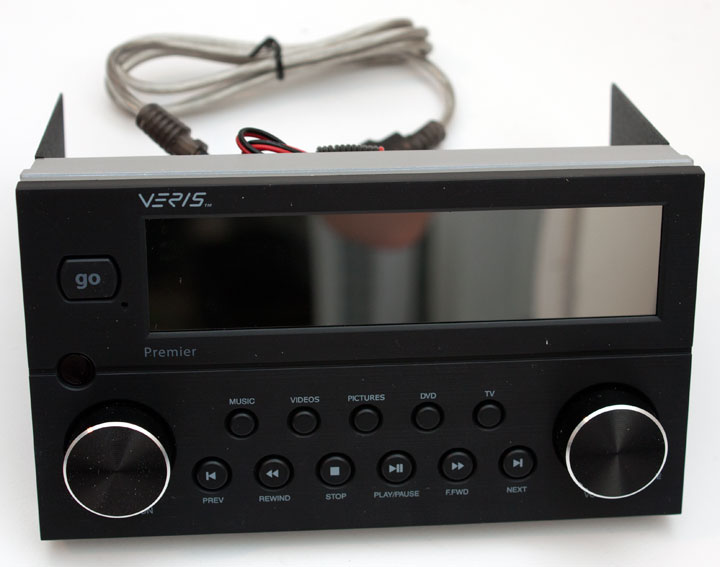