VisionTek unveiled a new custom liquid cooled graphics card based on AMD's R9 290 GPU. The CryoVenom R9 290 900675 card uses a custom engineered full cover EK water block that allows VisionTek to wring the full potential out of AMD's Hawaii GPU by overclocking it 24% over stock clockspeeds while running much cooler than the fan cooled reference cards.

As a refresher, the AMD R9 290 GPU at the heart of the new graphics card is based on AMD's latest Hawaii architecture and features 2,560 shaders, 160 texture units, and 64 ROPs. The GPU interfaces with 4GB of GDDR5 memory on a 512-bit bus. The reference R9 290 GPUs have a GPU clockspeed of 947 MHz and memory clockspeed of 1250 MHz (note the clockspeed problems of reference cards due to the coolers used).

The VisionTek card ditches a fan HSF in favor of a full cover waterblock that cools the GPU, memory, and VRMs. It has a nickel-plated copper base with an acrylic top. Water is channeled through a micro-fin array designed to cool the card without putting strain on low pressure pumps. A black anodized aluminum backplate adds support and passive (additional) VRM cooling to the graphics card. The CryoVenom maintains the two DL-DVI, one HDMI, and one DisplayPort video output connections of reference cards, however. 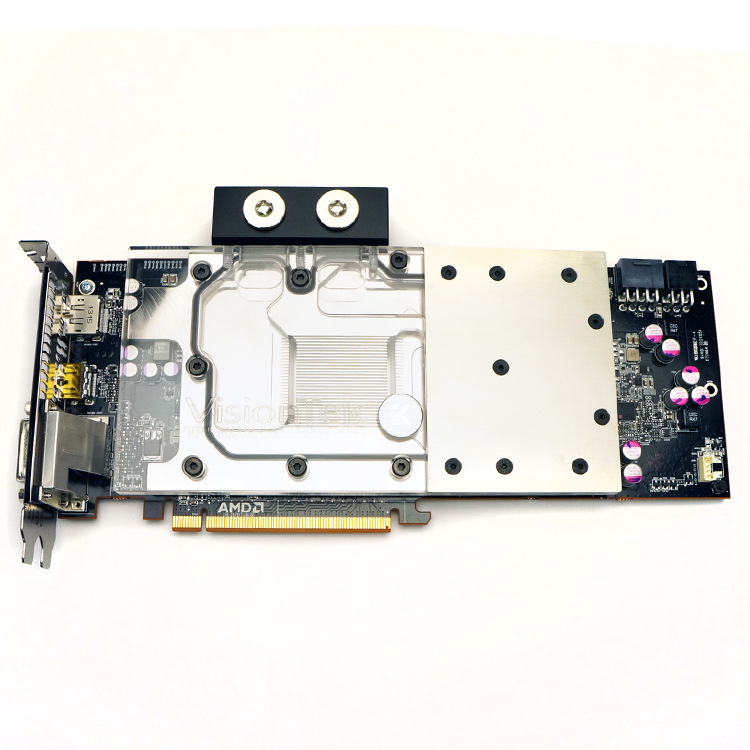 Going with a liquid cooler has allowed VisionTek to ratchet up the clockspeeds to an impressive 1,175 MHz for the GPU and 1,450 MHz for the memory. That is a respectable 24% and 16% increase over stock, respectively and is estimated to offer up to 38% better overall performance at those overclocked speeds. Perhaps even more impressive than the overclocks themselves is that VisionTek claims to be able to keep the card just under 52-degrees C under load which is a significant improvement over stock! 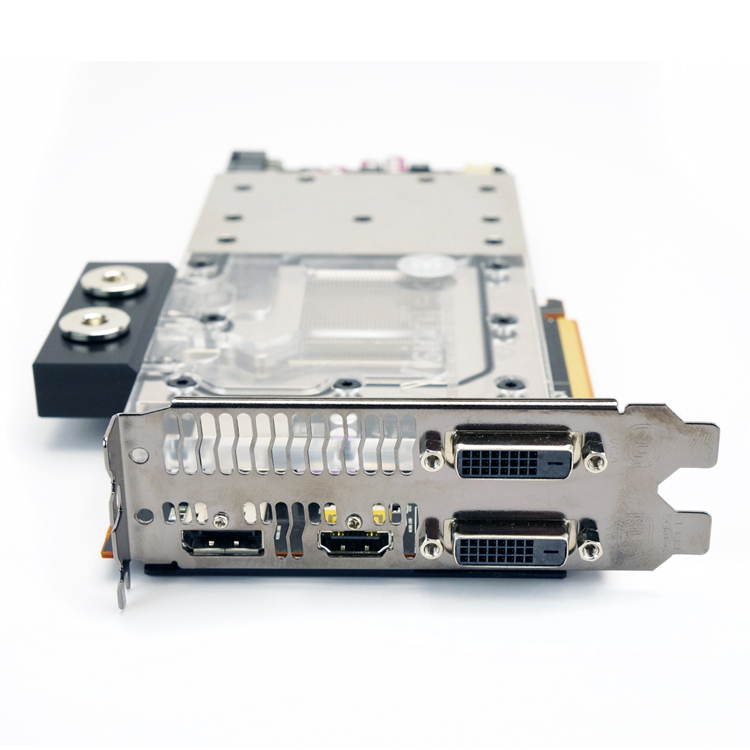 According to VisionTek, each Cryovenom R9 290 graphics card is custom build and put through a variety of burn in tests to ensure that it can operate at the rated overclocks and is free of water leaks when attached to a loop.

The liquid cooled cards have an MSRP of $550 and will be available shortly (the cards are currently out of stock on the VisionTek site). Here's hoping that VisionTek is able to keep the cards at MSRP, because even at a $150 premium over the MSRP of reference cards it would still be a good deal at a time when reference cards are being sold at prices well over MSRP.