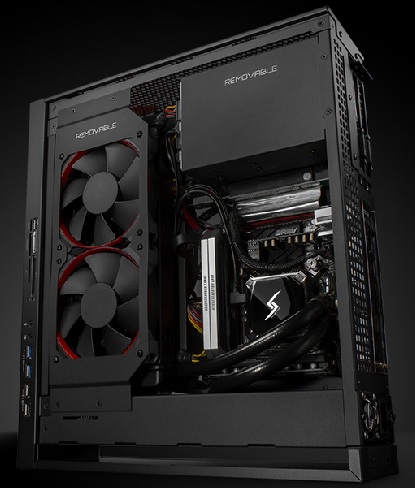 Today Digital Storm has announced the Bolt 2 small form factor computer.  This little number is marketed as a “Steam machine”, and for very good reasons.  This particular number packs in quite a punch in a very small space.

The custom designed case has a very effective and logical layout.  It really is quite small, but it is very strong and robust.  It can handle a micro-ITX board, multiple drives, and a dual slot graphics card.  The system I saw was decked out with a GTX 780 Ti along with the Intel i7 4770K.  It includes Digital Storm’s proprietary lighting and cooling module which of course controls the lighting… and cooling fan speed for the system.

Cooling is primarily based on the Corsair H100i dual fan unit.  This portion takes air from one side/top of the case (depending on orientation) and then vents it through the rest of the chassis.  The graphics card takes air from the other side of the case and routes it out the back.  This cooling solution allows a fair amount of overclocking to be attempted by the end user, but it does have limitations as compared to a larger system with more airflow. 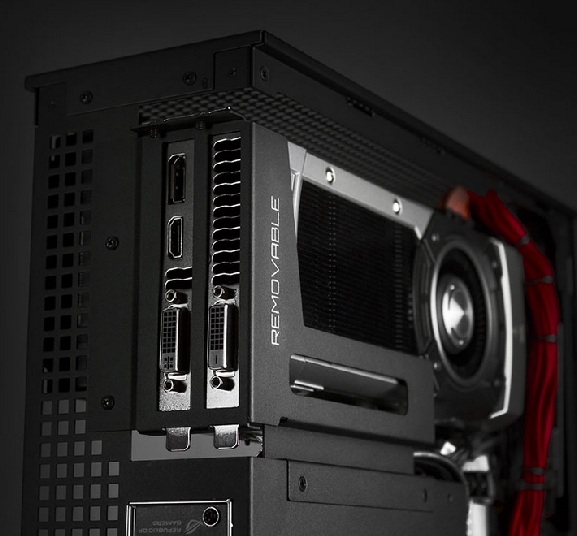 The design utilizes a 700 watt power supply, which is pretty impressive considering the space constraints that Digital Storm has to deal with.  A lot of work with partners has allowed them to include this very small unit with a pair of 30 mm fans at either end.  One would expect such fans to produce a LOT of noise.  This is happily not the case.  The design is good enough, and efficient enough, that at higher loads (including overclocking) it stays very quiet.

The system is very accessible, far more than most would expect.  Anyone that has worked on an older small form factor case will testify as to how annoying and contorted setting up hardware (or swapping it out) can be.  Digital Storm again took their time with the design to make sure that installation and the changing of components is as simple as possible.  A person armed with a screwdriver can get to any major component in a few seconds.  Swapping out the video card would take the amount of time of removing four screws, unplugging the power, and making sure not to rip out the PCI-E 16X ribbon connecting the card to the board. 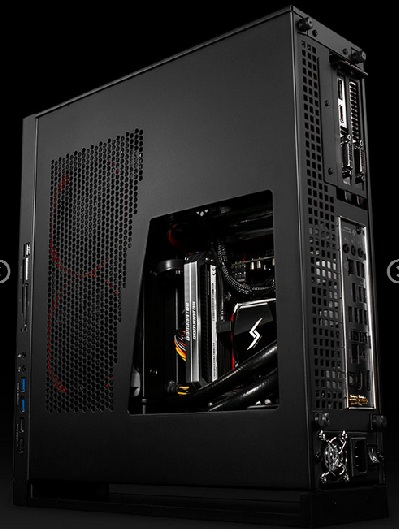 Prices for the unit start at $1500 and go above $2500, depending on component choices.  When Valve finalizes the Steam OS and has it ready for prime time, Digital Storm will be including the Steam controller with the build. 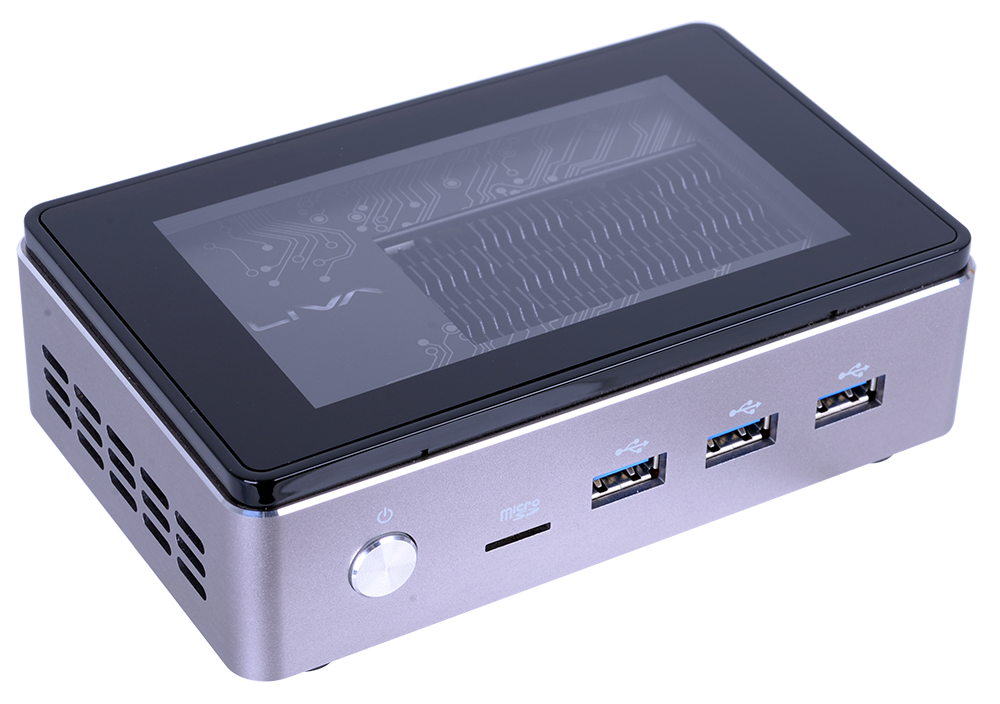