Using a selection of Hard Rock and Heavy Metal music tracks and Windows Media Player, the audio subsystem playback performance was tested for playback accuracy and fidelity. Playback using the audio test tracks from the Realtek software was distortion free using a 5.1 speaker setup through the on-board analogue audio ports.

The recorded audio test was distortion-free and without any detected aberrant noise effects. However, audio pickup through the microphone was inaudible without the microphone input volume set to 100 (full) and Microphone Boost set to its maximum setting (+30dB).

To validate that the board’s device ports were functioning correctly, we connected an OCZ Vertex 3 90GB SATA III SSD to the system and ran the ATTO Disk Benchmark against the drive. ATTO was configured to test against transfer sizes from 0.5 to 8192 KB with Total Length set to 512 MB. The SSD selected for testing has a maximum read throughput of 550 MB/s and a write throughput of 500 MB/s on a SATA III controller. The drive tests were repeated three times with the highest repeatable read and write speeds recorded. 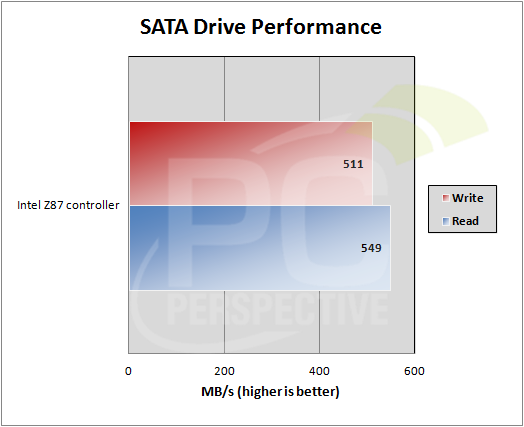 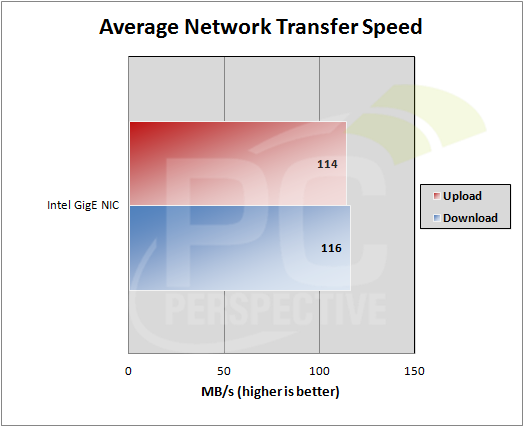 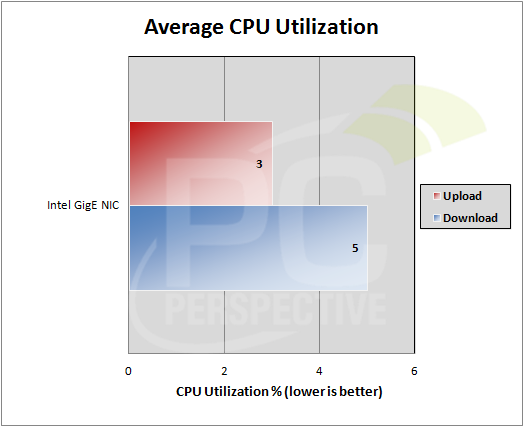 The integrated Intel-based networking solution is among the highest performing on the market, showing its strengths in this testing. Upload and download transfer tests averaged around 115 MB/s with a minimal CPU utilization footprint of 5% or less.