Another feature of Kepler that gets carried over to the Tegra K1 SoC is support for various GPGPU compute languages.  Because the K1 GPU is a full Kepler core, users and software will get the benefits of 8 years of NVIDIA’s GPGPU knowledge including CUDA, OpenCL, Renderscript, and more. 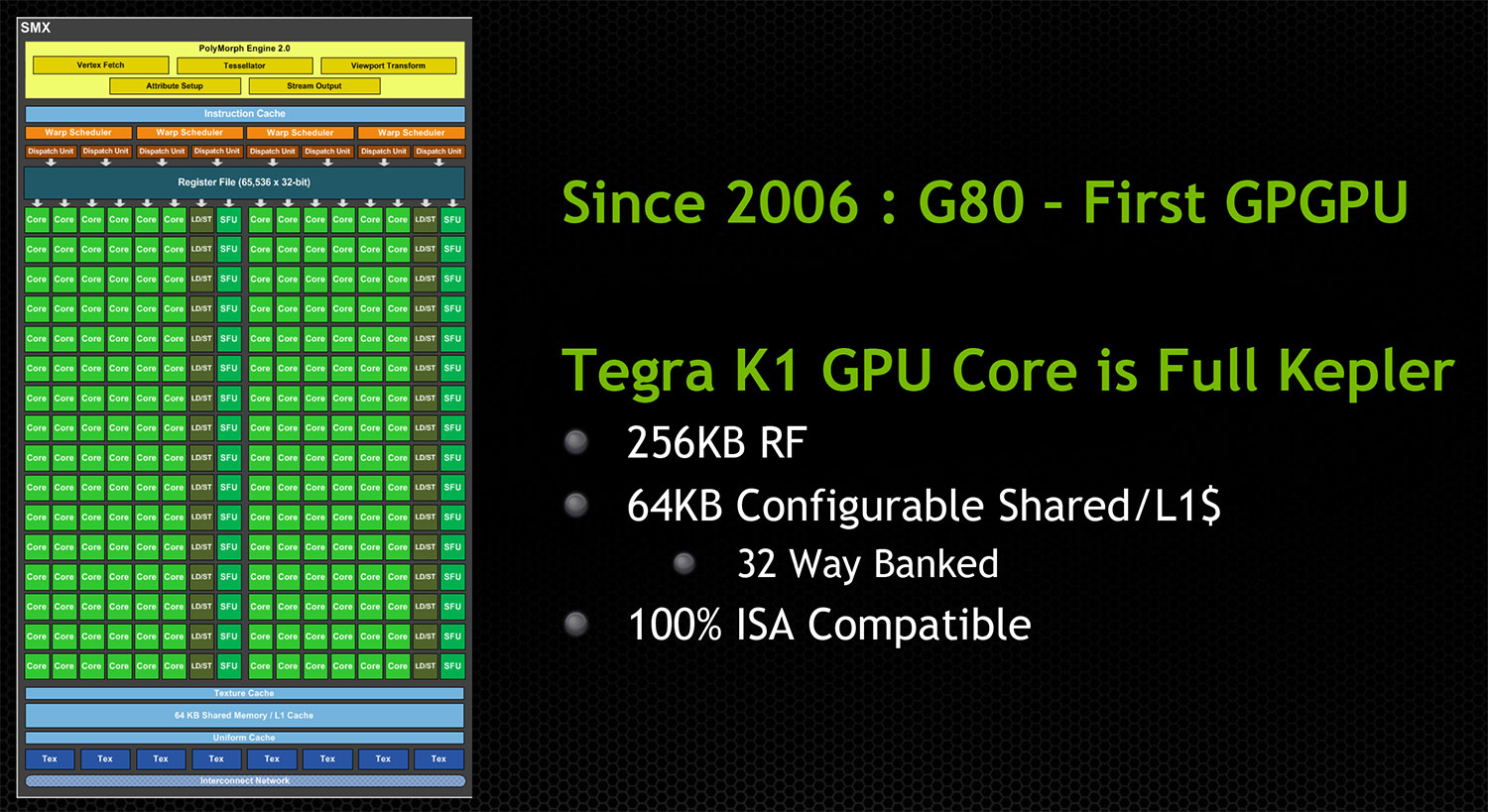 Specifically, the Tegra K1 includes a 256KB Register File, 64KB of configurable shared L1 cache and it is 100% ISA compatible (as long as the operating system is).  These GPU compute capabilities can be applied to applications like live video and photo editing, focus stacking photographs, and even facial recognition with better SoC efficiency than using the Cortex-A15 cores.

For those curious, the double precision compute performance of the Tegra K1 is at a 1/24 ratio; the same that desktop GPUs run at from NVIDIA in the GeForce line (minus TITAN of course).

During last year’s CES press conference, NVIDIA’s CEO made a big deal about the computational camera features of Tegra 4.  Tegra K1 does better by tightly integrating the GPGPU functionality with the improved camera pipeline and image processors.  Using a set of two separate processors, Tegra K1 will support 1.2 Gigapixels per second of throughput (600 Mpx per ISP) with a total of 4096 focal points available.  The ISPs can support cameras with up to 100 Megapixel resolution as well as 14-bit input. 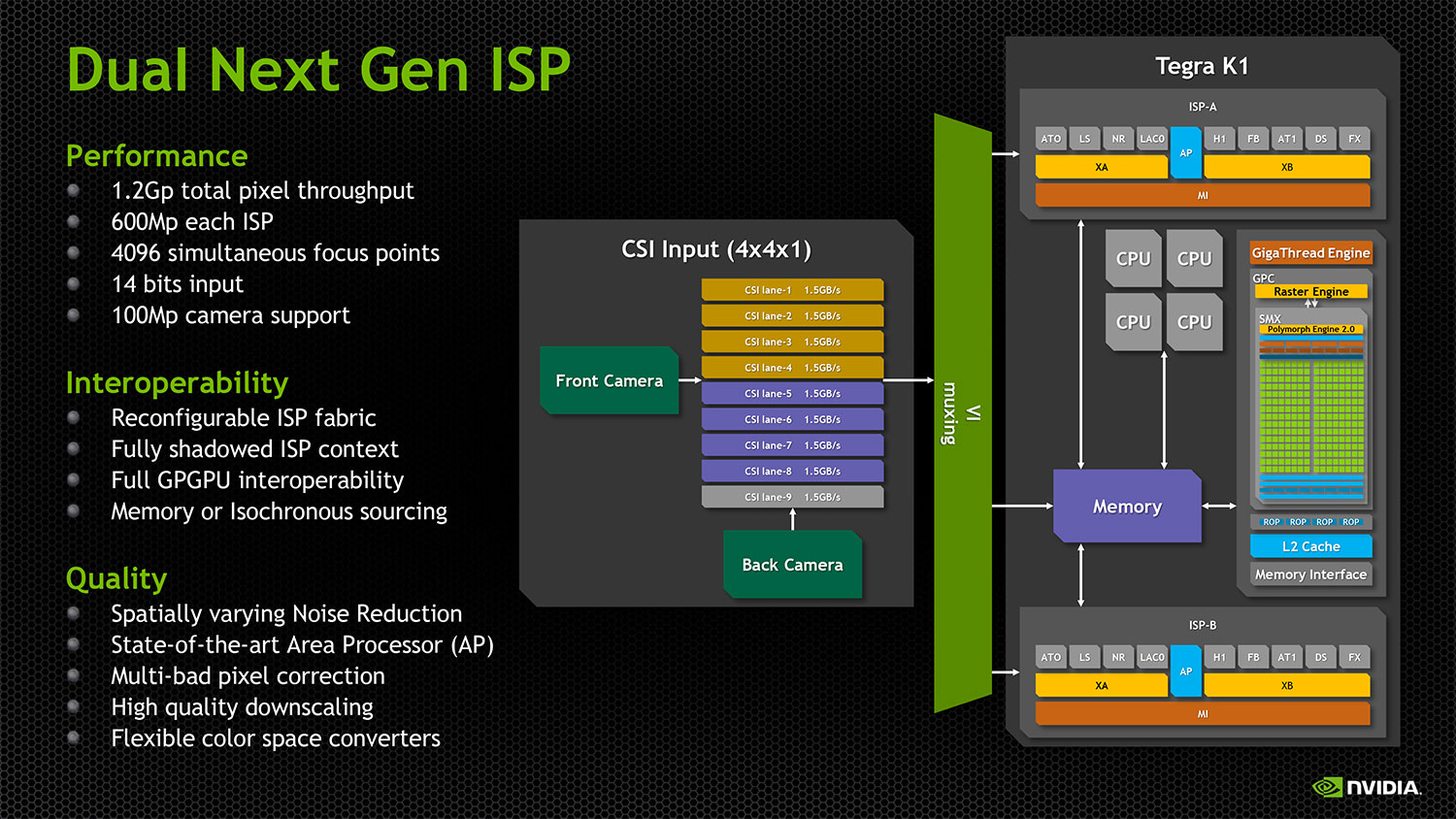 While there are no 100 Mpx cameras on the market today for consumers, NVIDIA’s Brian Cabral, VP of Computational Imaging, impressed upon us that the company was planning for a near future where the phone and tablet are truly the high end camera options.  Having support for 4096 focus points allows the engine to track moving objects more easily and point grouping for more course needs.

The new ISP moves to a 60 db processing pipeline to help the SoC produce crisper images with lower noise and higher quality downscaling.

If you aren’t a camera specialist, this simply means that more features will be available in real time (or at least faster) than ever before including 30 FPS live local tone mapping, video stabilization or panoramic imaging.

Image processing is also a key feature for automotive computer vision.  Technologies on the rise like pedestrian detection, lane departure warnings and traffic sign recognition could all see benefits from the NVIDIA Tegra K1 processor.  Other facets of auto computing include the visual aspects that Kepler could thrive at; heads up displays, infotainment systems, and digital clusters all top the list.

While I don’t have full details about the base platform for the Tegra K1, we do have some basic specifications.  The K1 supports PCI Express connections, a set of two USB 3.0 ports while the memory controller is built out of a pair of 32-bit interfaces supporting both LPDDR3 and DDR3L up to 1866 MHz. 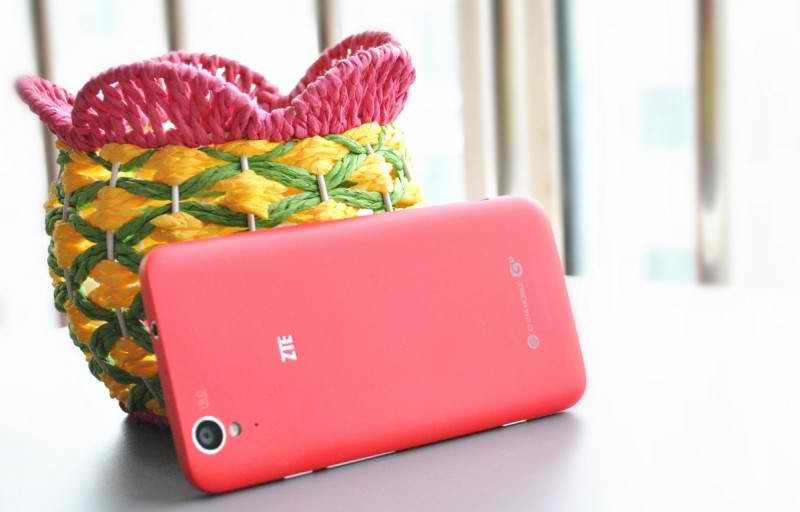