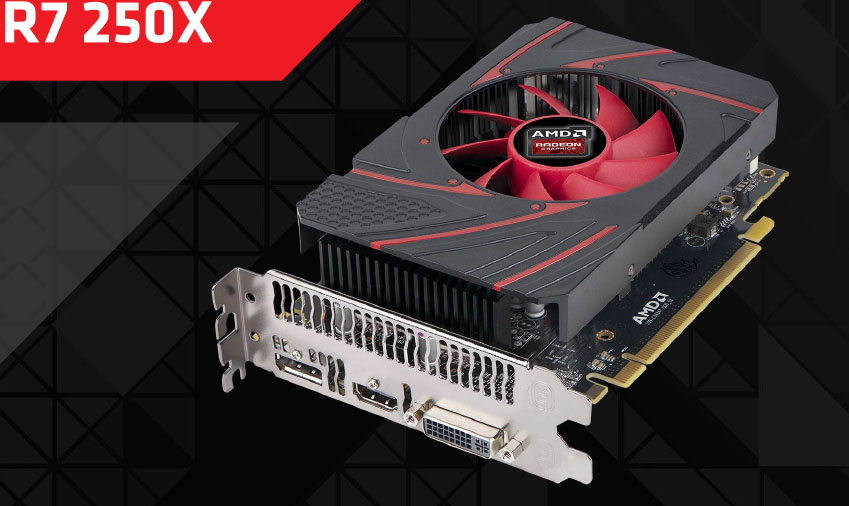 With the exception of the R9 290X, the R9 290, and the R7 260X, AMD's recent branding campaign with the Radeon R7 and R9 series of graphics cards is really just a reorganization and rebranding of existing parts.  When we reviewed the Radeon R9 280X and R9 270X, both were well known entities though this time with lower price tags to sweeten the pot.

Today, AMD is continuing the process of building the R7 graphics card lineup with the R7 250X.  If you were looking for a new ASIC, maybe one that includes TrueAudio support, you are going to be let down.  The R7 250X is essentially the same part that was released as the HD 7770 in February of 2012: Cape Verde.

AMD calls the R7 250X "the successor" to the Radeon HD 7770 and its targeting the 1080p gaming landscape in the $99 price range.  For those keeping track at home, the Radeon HD 7770 GHz Edition parts are currently selling for the same price.  The R7 250X will be available in both 1GB and 2GB variants with a 128-bit GDDR5 memory bus running at 4.5 GHz.  The card requires a single 6-pin power connection and we expect a TDP of 95 watts.

Here is a table that details the current product stack of GPUs from AMD under $140.  It's quite crowded as you can see.

The current competition from NVIDIA rests in the hands of the GeForce GTX 650 and the GTX 650 Ti, a GPU that was released itself in late 2012.  Since we already know what performance to expect from the R7 250X because of its pedigree, the numbers below aren't really that surprising, as provided by AMD. 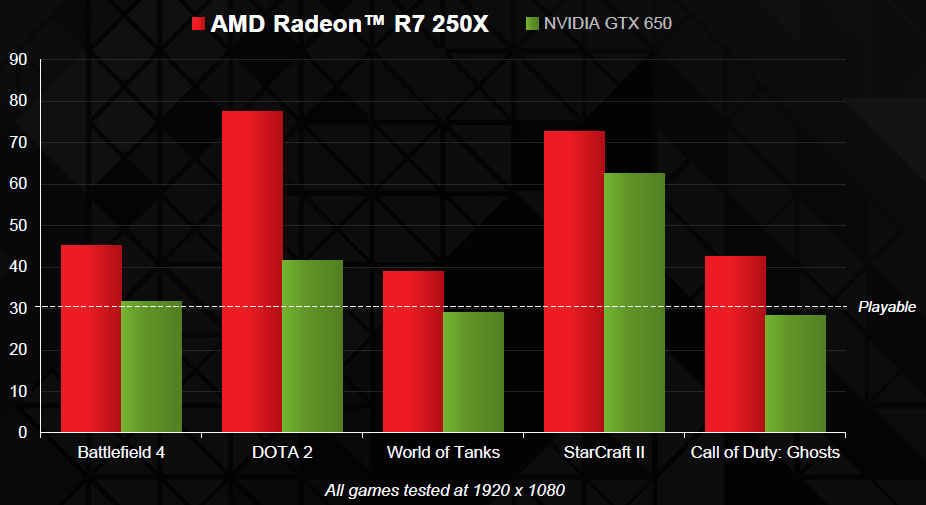 AMD did leave out the GTX 650 Ti from the graph above... but no matter, we'll be doing our own testing soon enough, once our R7 250X cards find there way into the PC Perspective offices.

The AMD Radeon R7 250X will be available starting today but if that is the price point you are looking at, you might want to keep an eye out for sales on those remaining Radeon HD 7770 GHz Edition parts.