Straddling the R7 and R9 designation

AMD has another new GPU up its sleeve, this time the R7 265. Based on the same Pitcairn GPU that powers many other offerings, the R7 265 looks to be a steal.

It is often said that the sub-$200 graphics card market is crowded.  It will get even more so over the next 7 days.  Today AMD is announcing a new entry into this field, the Radeon R7 265, which seems to straddle the line between their R7 and R9 brands.  The product is much closer in its specifications to the R9 270 than it is the R7 260X. As you'll see below, it is built on a very familiar GPU architecture.

AMD claims that the new R7 265 brings a 25% increase in performance to the R7 line of graphics cards.  In my testing, this does turn out to be true and also puts it dangerously close to the R9 270 card released late last year. Much like we saw with the R9 290 compared to the R9 290X, the less expensive but similarly performing card might make the higher end model a less attractive option.

Let's take a quick look at the specifications of the new R7 265. 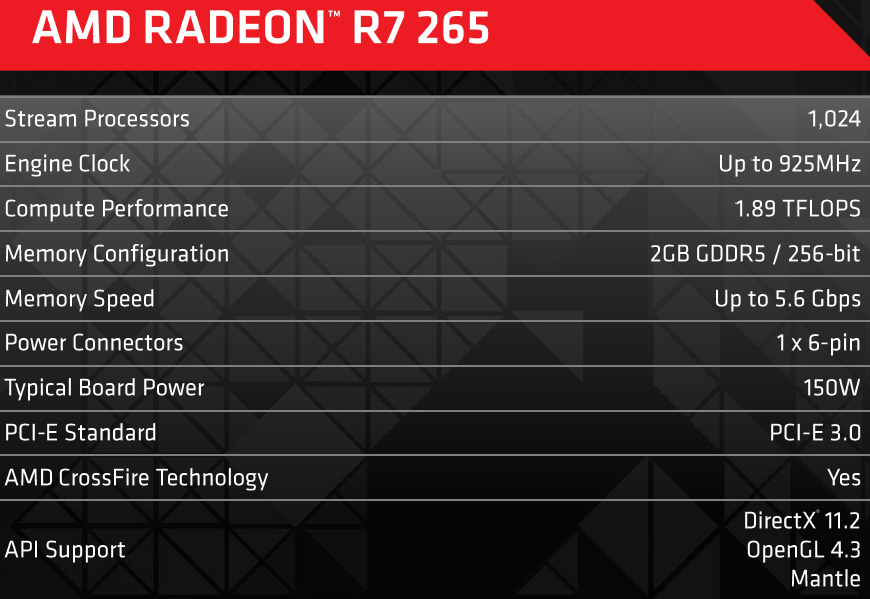 The table above compares the current AMD product lineup, ranging from the R9 270X to the R7 260, with the R7 265 directly in the middle.  There are some interesting specifications to point out that make the 265 a much closer relation to the R7 270/270X cards than anything below it.  Though the R7 265 has four fewer compute units (which is 256 stream processors) than the R9 270. The biggest performance gap here is going to be found with the 256-bit memory bus that persists; the available memory bandwidth of 179 GB/s is 72% higher than the 104 GB/s from the R7 260X!  That will definitely improve performance drastically compared to the rest of the R7 products.  Pay no mind to that peak performance of the 260X being higher than the R7 265; in real world testing that never happened. 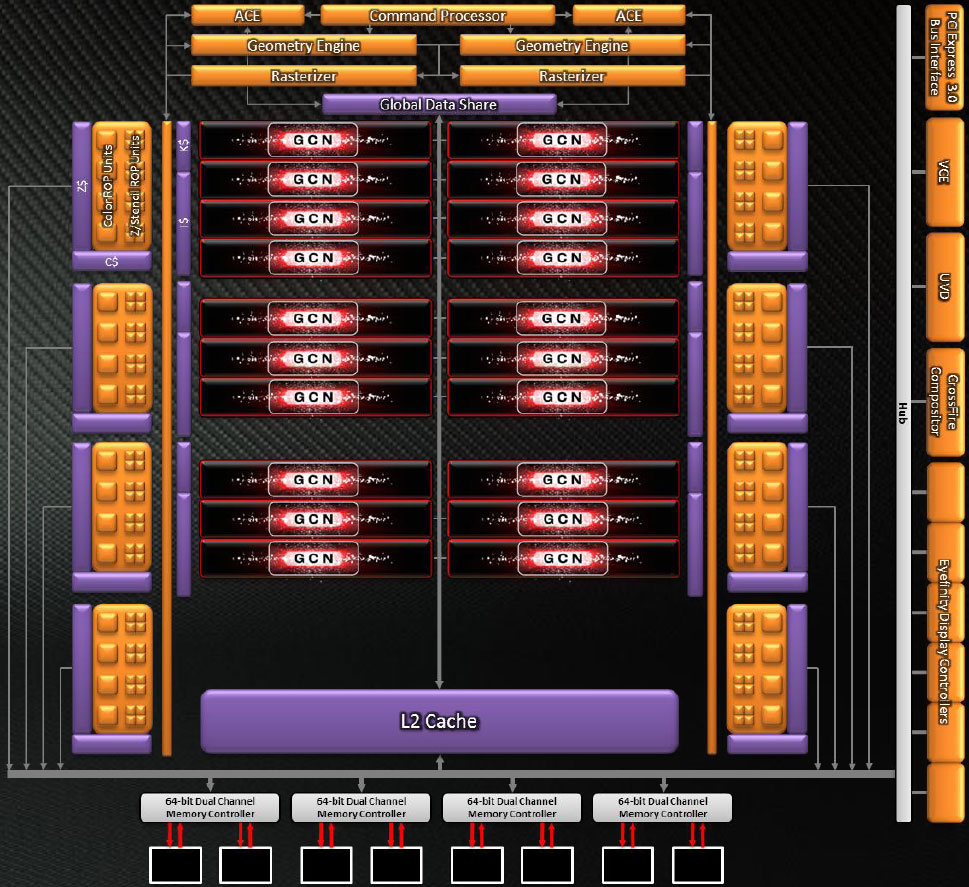 Remember this guy?  This is the Pitcairn GPU block diagram from March 2012.

For those that follow the industry, the R7 265 is essentially the same card that we saw released as the Radeon HD 7850 in early 2012.  When that card launched, it had an MSRP of $249 while the card launching today will be selling for $149 (or at least we hope).  That's a great performance per dollar option and as you'll see in our testing on the following pages, for budget gamers the R7 265 is going to be a great 1920x1080 option. 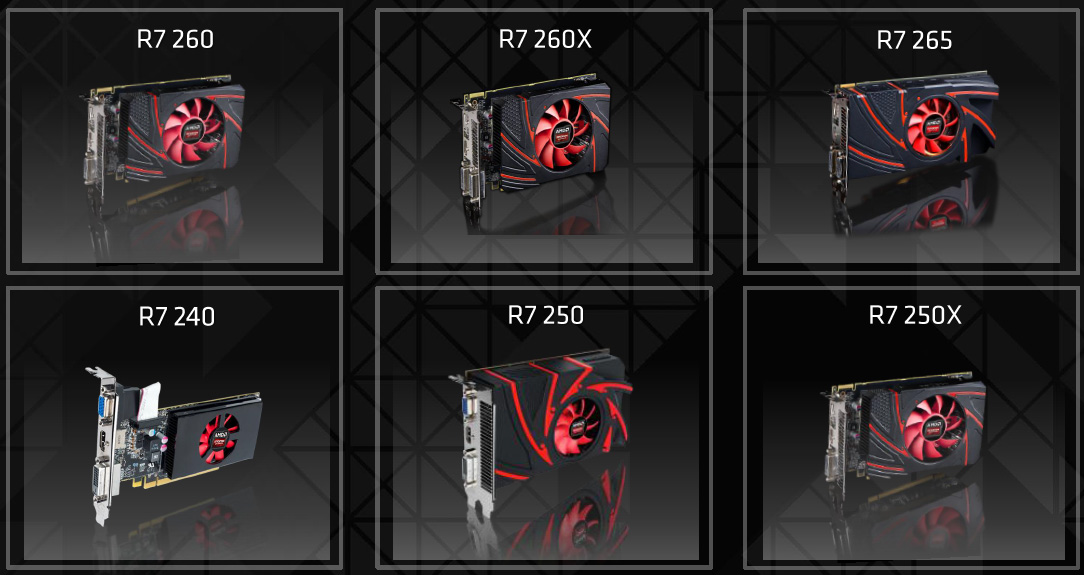 Make no doubt about it though, this complicates things in the AMD product stack quite a bit.  Now, from $149 and below, gamers are presented with no less that six graphics cards options.  Add in the proximity of the R9 270 and the R9 270X and you'll find that buying decisions in this field are...complex.  And we haven't even considered the NVIDIA GeForce cards that are just as numerous down in these parts.  Oh, and there might be something else new coming next week too...

(It should be mentioned here that AMD doesn't expect retail availability of the R7 265 until late February or early March.)

For our testing, AMD sent over a Sapphire Radeon R9 270 - er, I mean, a Radeon R7 265.  Though not a reference card, this option is basically a retail model, or at least how I expect them to be sold.  A quick look at the back will show you a place where a very obvious SKU sticker was removed.  A quick BIOS flash has transformed this to a "new" R7 265 which will start the wheels turn for consumers looking to go the OTHER way; taking an upcoming R7 265 and upgrading it to a R9 270X/270. 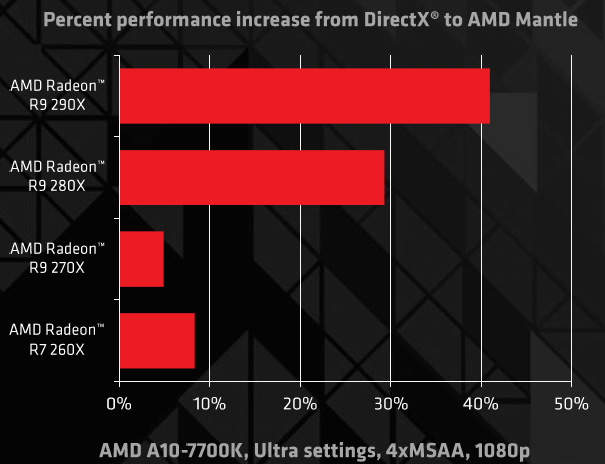 The Sapphire Dual-X cooler is the same used on the R9 270X and R9 270 cards currently selling on the market and with similar TDP and power draw levels, this is the kind of cooler you can expect to find on the final retail cards when made available.

The R7 265 will require a single 6-pin power connection to run. This is an interesting point to remember when thinking about next week's product release from the other side.