Obviously one concern when upgrading any off the shelf OEM PC is how much of a liability the included power supply is.  As we mentioned earlier in the article, the PSUs on these three systems ranged from 250 watts to 350 watts, which is rather small for modern desktops.  Also an issue for potential GPU upgrades, none of these computers had available 6-pin PCIE power connections required for many mainstream GPUs.  In fact, one of the systems (the Gateway surprisingly) didn't even have a spare 4-pin Molex connection!

The GTX 750 Ti, with a TDP of just 60 watts and not requiring an external power connection is a perfect fit. 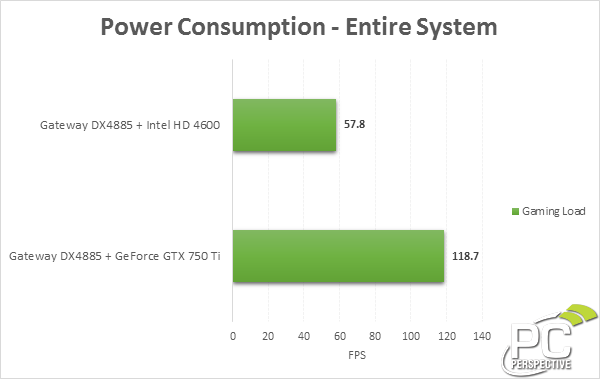 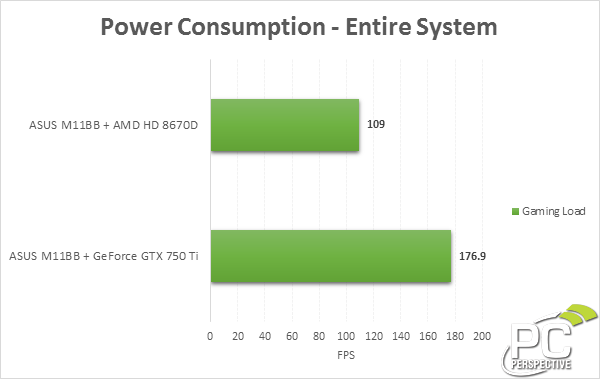 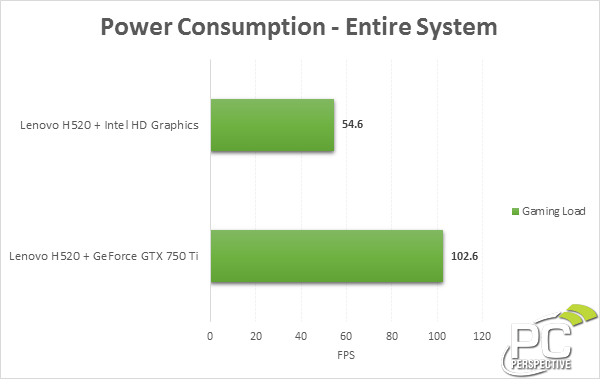 Even under a full gaming load, none of the three OEM PCs came close to hitting a safe level of power usage with the installed power supplies.  We saw increases of 60 watts, 67 watts and 48 watts respectively in the three computer which is within the expected results.  Keeping in mind that some cards that only require a single 6-pin power connections can use as much as 150 watts (adding another 90-100 watts of load on these units) and its easy to see how some upgrade scenarios would spell bad news for users.

A Upgrade Story Worth Sharing

In what started as just a fun 1-day experiment I actually feel that I learned a lot about the circumstances that a lot of PC users find themselves in every day.  It's easy to get jaded in this business, constantly looking at 300 watt, $600 video cards on a daily basis and forgetting that most of your readers, and most of the PC gaming community, is working with a lot less.

The performance advantages of installed the GeForce GTX 750 Ti discrete graphics card aren't subtle and won't require someone with an eye for gaming graphics to notice.  Going from frame rates of 16 FPS in Skyrim at 1920×1080 on the Low preset up to 126 FPS – that's a margin that each and every person that sits down at the machine will be able to feel.

Look at these numbers!  Usually when we compare graphics performance between different GPUs we are talking in the 5-10% range as being a big deal.  Take a look at our review of the GeForce GTX 750 Ti and how it compares to the Radeon R7 260X and you'll see that pattern of logic repeated over and over.  In our article today we saw increases as high as 10.2x - an order of magnitude increase in the average frame rate!!  Bioshock Infinite on the Lenovo H520 went from a completely unplayable mess to an ultra-smooth 1920x1080 title with plenty of room for image quality increases. 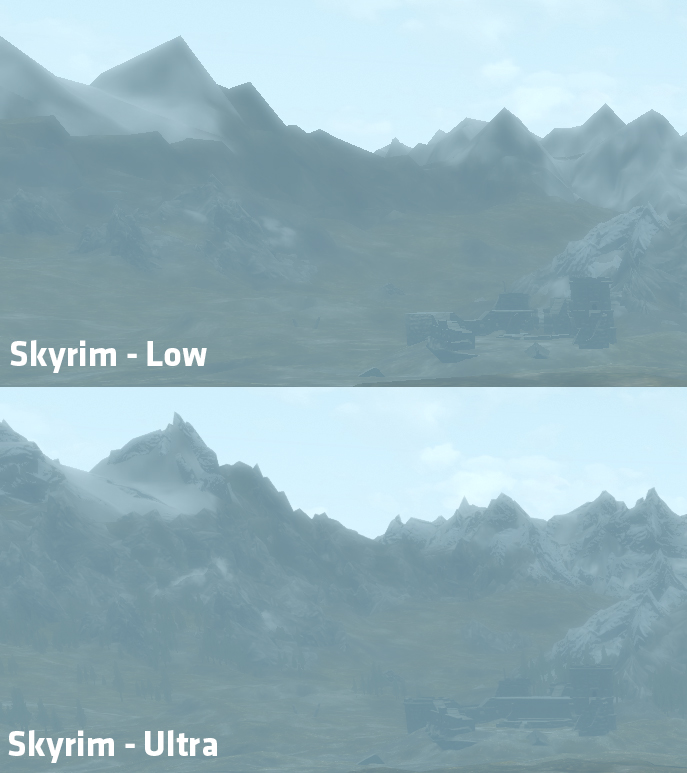 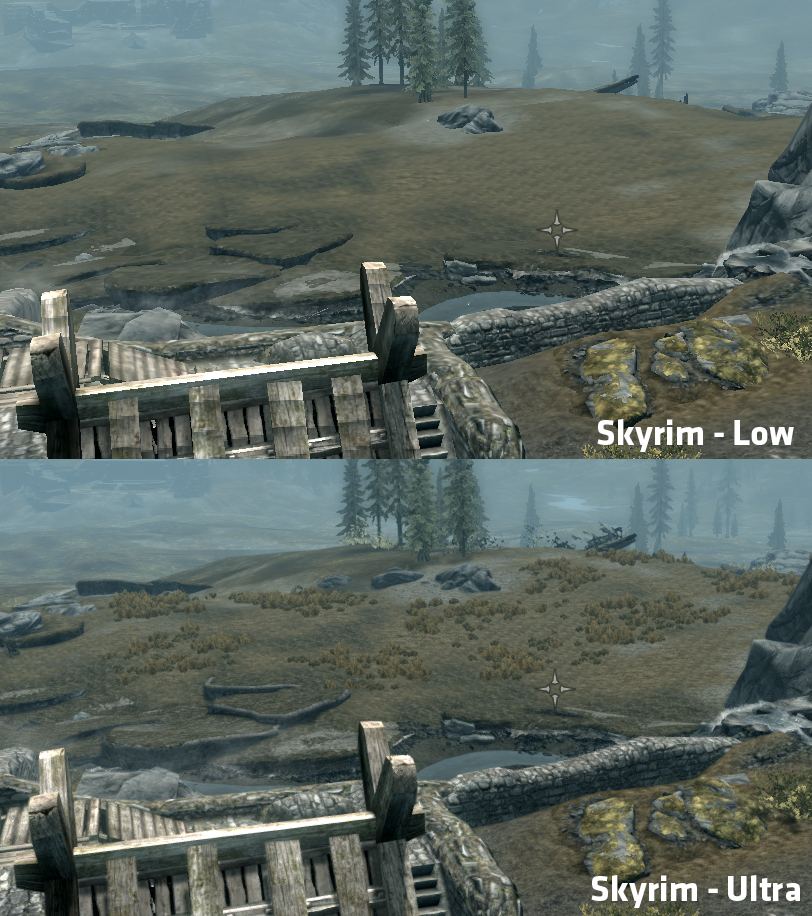 And that is another part of the story worth mentioning: even if you have acceptable frame rates in games like StarCraft II or Diablo III with your integrated graphics, installing a card like the GTX 750 Ti will allow you to increase image quality and enable features like anti-aliasing that would otherwise not be possible.  The images above comparing Skyrim in Low and Ultra presets demonstrate how that difference can affect your game play experiences.

As of today you can find the GeForce GTX 750 Ti cards on Amazon.com for around the $150 MSRP (and on Newegg.com as well).  For gamers and potential PC gamers that are sitting there with an OEM desktop computer this kind of investment can make a huge different in how you experience PC gaming. Considering the price of the three system we used in our project today, the $150 GTX 750 Ti is a substantial investment - 26% on the Gateway, 34% on the ASUS and 44% on the Lenovo - but with that simple upgrade you can take each from the doldrums of Peggle to the excitement of Titanfall.

GF100 cards only coming from a select few NVIDIA partners