Call of Duty Now Has Three in the Can?

Call of Duty games have been developed by two main teams: Infinity Ward and Treyarch. Fans of Intel will appreciate the Tick Tock schedule where each led the development of alternating games. A third company, Sledgehammer, helped out a bit with Call of Duty: Modern Warfare 3 after Infinity Ward practically imploded.

Such things happen when executives are terminated and armed security guards occupy your office.

Activision's recent announcement now claims that Sledgehammer Games will create their own Call of Duty titles in an arrangement I can only describe as "Tick Tock Tuck" (my term, not theirs). My only hope is that we will see a fourth studio join this arrangement and become, according to the ordered set of vowels, "Tyck". Of course, if I learned anything from elementary school grammar, they will only sometimes release a game.

Yes, I know "w" is also sometimes a vowel.

Activision intends to keep Call of Duty titles on the same pipeline approach as always, just with a third stage. Part of this could be due to increased development costs as a larger computation budget demands extra art assets and effects. On a related note, some sites are pointing to the issues with Battlefield 4 (seriously, with all of the buggy DICE games in the last ten years, why pick on this one?) and claim that Activision could avoid those problems with a little extra polish time. On the other hand, extra time does not necessarily mean anything. Dedicating an extra team means a lot less than dedicating 50% more man-hours of development per game. Are they?

Speaking of which, how many more games does Call of Duty have left in it? With this setup, whenever sales actually begin to slump, they will have a third game in the pipe to eat development costs of. Sure, they could probably release it and have some recovery. This was the year that Call of Duty: Ghosts failed to outsell its predecessor. It does feel odd to seemingly expand, right now.

The next Call of Duty will probably be announced around E3 and released this holiday season. 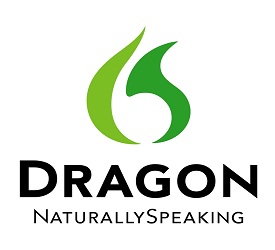