AMD would like you to know that it supports and celebrates a direction for game development that is aligned with AMD’s vision of lower-level, ‘closer to the metal’ graphics APIs for PC gaming. While industry experts expect this to take some time, developers can immediately leverage efficient API design using Mantle, and AMD is very excited to share the future of our own API with developers at this year’s Game Developers Conference.

Credit over to Scott and his reader at The Tech Report for spotting this interesting news today!!

It appears that DirectX and OpenGL are going to be announcing some changes at next month's Game Developers Conference in San Francisco.  According to some information found in the session details, both APIs are trying to steal some of the thunder from AMD's Mantle, recently released with the Battlefield 4 patch.  Mantle is na API was built by AMD to enable more direct access (lower level) to its GCN graphics hardware allowing developers to code games that are more efficient, providing better performance for the PC gamer.

From the session titled DirectX: Evolving Microsoft's Graphics Platform we find this description (emphasis mine):

For nearly 20 years, DirectX has been the platform used by game developers to create the fastest, most visually impressive games on the planet.

However, you asked us to do more. You asked us to bring you even closer to the metal and to do so on an unparalleled assortment of hardware. You also asked us for better tools so that you can squeeze every last drop of performance out of your PC, tablet, phone and console.

Come learn our plans to deliver.

Another DirectX session hosted by Microsoft is titled DirectX: Direct3D Futures (emphasis mine):

Come learn how future changes to Direct3D will enable next generation games to run faster than ever before!

In this session we will discuss future improvements in Direct3D that will allow developers an unprecedented level of hardware control and reduced CPU rendering overhead across a broad ecosystem of hardware.

If you use cutting-edge 3D graphics in your games, middleware, or engines and want to efficiently build rich and immersive visuals, you don't want to miss this talk.

Now look at a line from our initial article on AMD Mantle when announced at its Hawaii tech day event:

It bypasses DirectX (and possibly the hardware abstraction layer) and developers can program very close to the metal with very little overhead from software.

This is all sounding very familiar.  It would appear that Microsoft has finally been listening to the development community and is working on the performance aspects of DirectX.  Likely due in no small part to the push of AMD and Mantle's development, an updated DirectX 12 that includes a similar feature set and similar performance changes would shift the market in a few key ways. 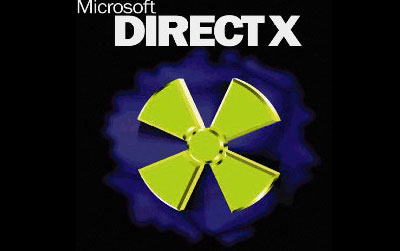 Is it time again for innovation with DirectX?

First and foremost, what does this do for AMD's Mantle in the near or distant future?  For now, BF4 will still include Mantle support as will games like Thief (update pending) but going forward, if these DX12 changes are as specific as I am being led to believe, then it would be hard to see anyone really sticking with the AMD-only route.  Of course, if DX12 doesn't really address the performance and overhead issues in the same way that Mantle does then all bets are off and we are back to square one.

Interestingly, OpenGL might also be getting into the ring with the session Approaching Zero Driver Overhead in OpenGL:

Driver overhead has been a frustrating reality for game developers for the entire life of the PC game industry. On desktop systems, driver overhead can decrease frame rate, while on mobile devices driver overhead is more insidious–robbing both battery life and frame rate. In this unprecedented sponsored session, Graham Sellers (AMD), Tim Foley (Intel), Cass Everitt (NVIDIA) and John McDonald (NVIDIA) will present high-level concepts available in today's OpenGL implementations that radically reduce driver overhead–by up to 10x or more. The techniques presented will apply to all major vendors and are suitable for use across multiple platforms. Additionally, they will demonstrate practical demos of the techniques in action in an extensible, open source comparison framework.

This description seems to indicate more about new or lesser known programming methods that can be used with OpenGL to lower overhead without the need for custom APIs or even DX12.  This could be new modules from vendors or possibly a new revision to OpenGL – we'll find out next month.

All of this leaves us with a lot of questions that will hopefully be answered when we get to GDC in mid-March.  Will this new version of DirectX be enough to reduce API overhead to appease even the stingiest of game developers?  How will AMD react to this new competitor to Mantle (or was Mantle really only created to push this process along)?  What time frame does Microsoft have on DX12?  Does this save NVIDIA from any more pressure to build its own custom API?

Gaming continues to be the driving factor of excitement and innovation for the PC!  Stay tuned for an exciting spring!