Intel updates its consumer SSD line with the 730 based on the company’s own 6 Gbps controller.

Intel launched their first consumer SSD more than five years ago. Their very first SSD, the X25-M, might have gotten off to a bit of a rocky start, but once the initial bugs were worked out, it proved to be an excellent example of what a 3Gb/sec SATA SSD was capable of. While the competition was using 4 or 8 flash channels, Intel ran circles around them with their 10-channel controller. It was certainly a great concept, and it most definitely had legs. The very same controller, with only minor tweaks, was able to hold its own all the way through into the enterprise sector, doing so even though the competition was moving to controllers capable of twice the throughput (SATA 6Gb/sec). 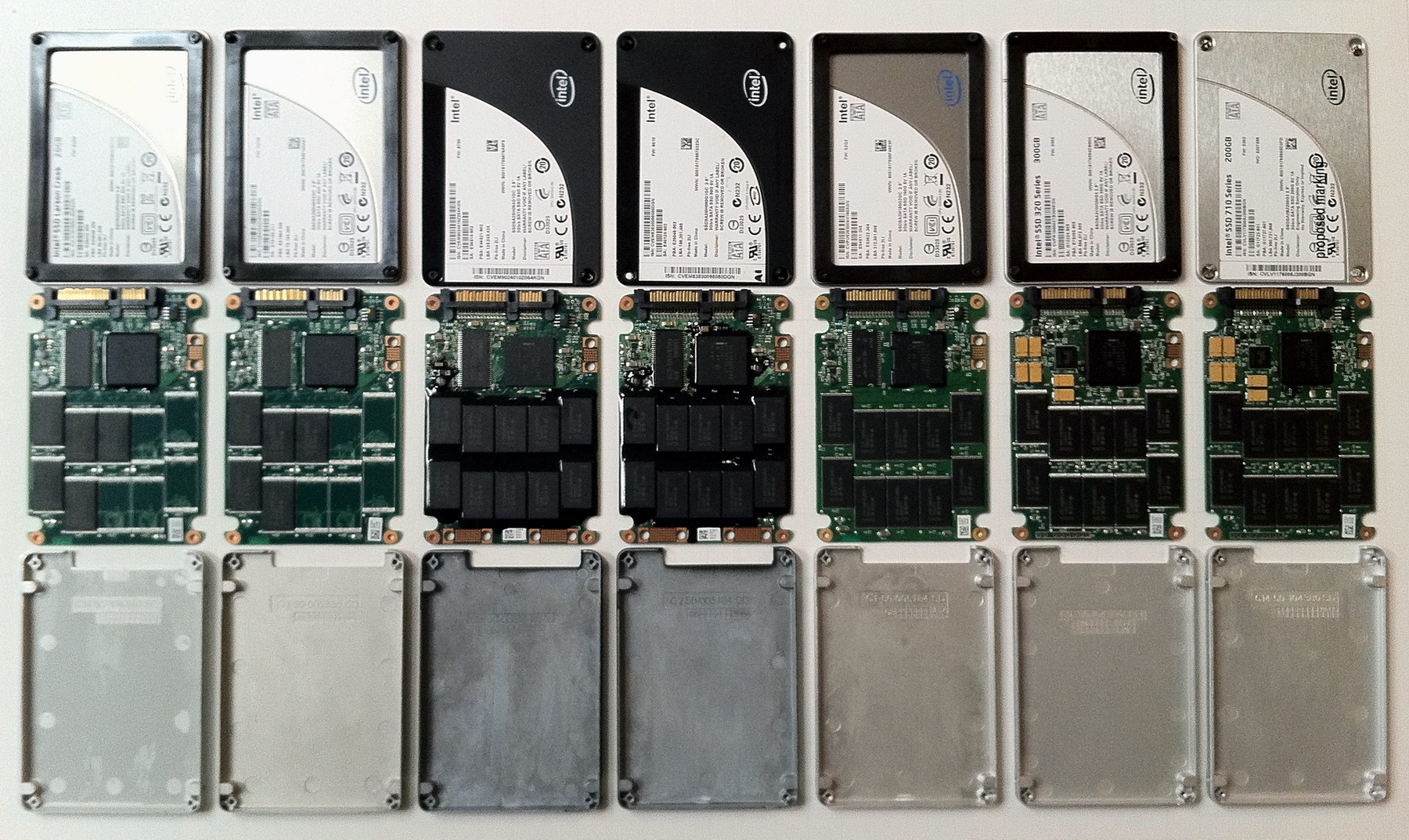 While the older controller was extremely nimble, it was bottlenecked by a slower interface than the competition, who had all moved to the more modern SATA 6Gb/sec link. Intel also moved into this area, but not with their own native controller silicon. The SSD 510 launched in 2011 equipped with a Marvell controller, followed by the SSD 520, launched in 2012 with a SandForce controller. While Intel conjured up their own firmware for these models, their own older and slower controller was still more nimble and reliable than those other solutions, proven by the fact that the SSD 710, an enterprise-spec SSD using the older 10-channel controller, was launched in tandem with the consumer SSD 510.

Fast forward to mid-2013, where Intel finally introduced their own native SATA 6Gb/s solution. This controller dropped the channel count to a more standard figure of 8, and while it did perform well, it was only available in Intel's new enterprise 'Data Center' line of SSDs. The SSD DC S3500 and SSD DC S3700 (reviewed here) were great drives, but they were priced too high for consumers. While preparing that review, I remember saying how that controller would be a great consumer unit if they could just make it cheaper and tune it for standard workloads. It appears that wish has just been granted. behold the Intel SSD 730: 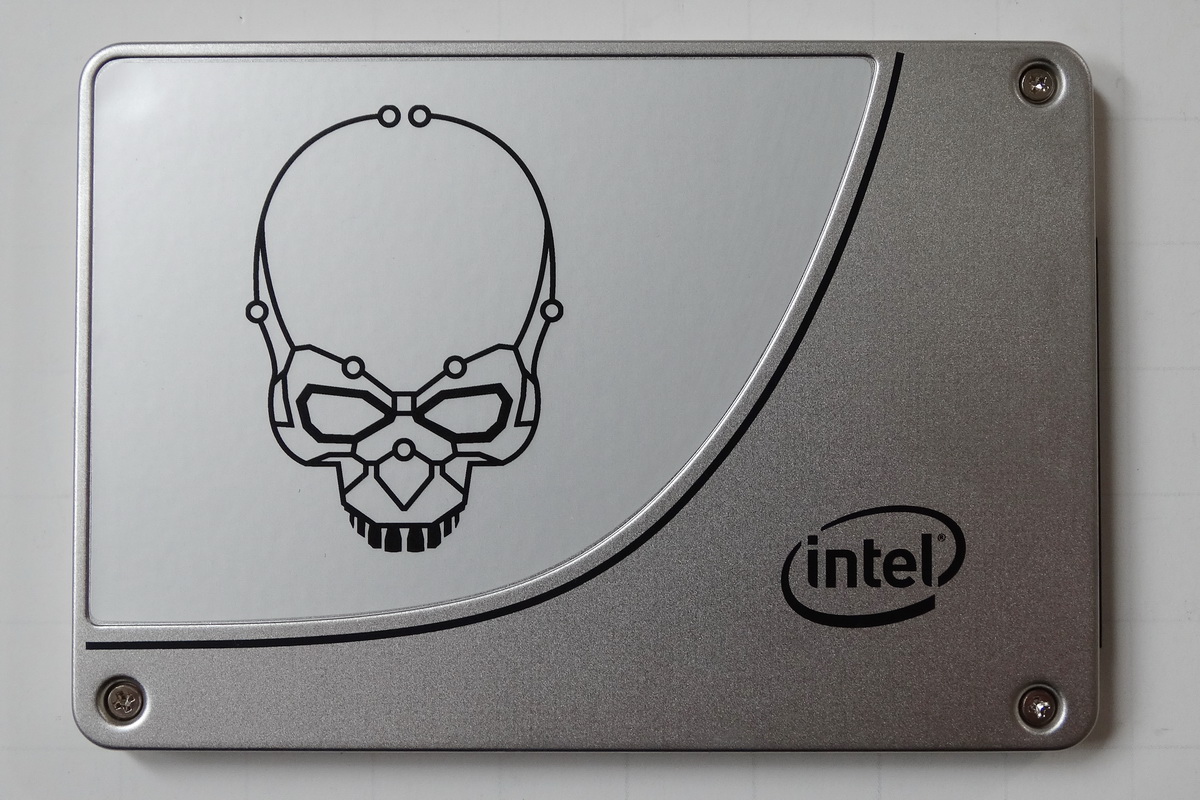 Continue reading our review of the Intel SSD 730!!

Lets jump right into the specs: 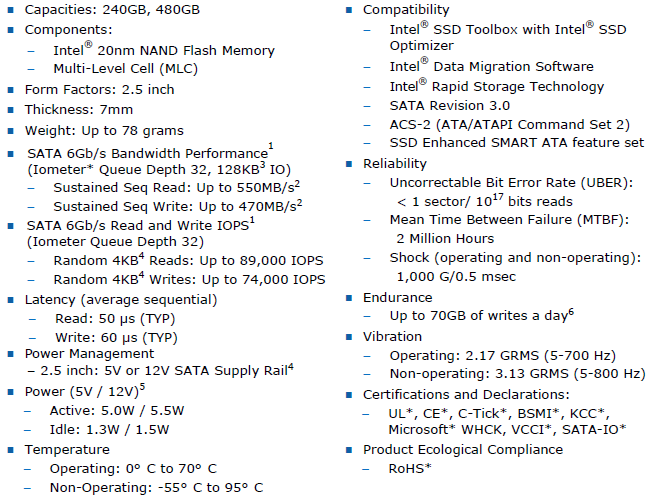 These specs look very similar to Intel's Data Center drives, and for good reason. Intel tells us the SSD 730 is based on an overclocked version of the DC S3500. Yup, you heard me correctly, I said overclocked and SSD in the same sentence. In the DC S3500, the NAND flash communicates on an 83 MHz bus. In the SSD 730, Intel has pushed that figure to 100 MHz. They've also dialed the controller itself from 400 to 600 MHz. This was accomplished with a minimal increase in power draw when compared to the Data Center units, but those units were already drawing 5W, which is extremely high for an SSD. By comparison, Intel's original 10-channel unit drew a quarter of a Watt, as does the Samsung 840 series. Marvell draws 0.5W and SandForce 0.8W. 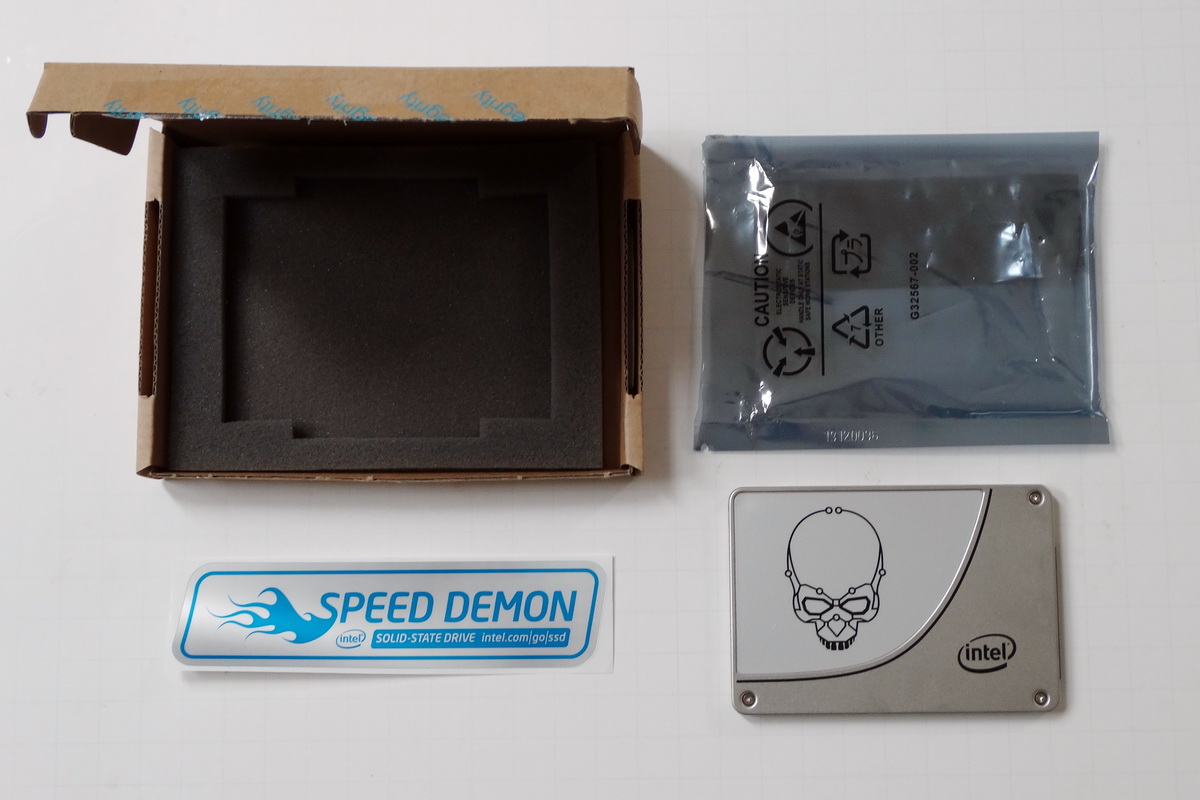 Our samples came in Intel's standard OEM brown box packaging, but we expect to see some sort of blue box package deal with bracketry and cloning software as well.

Waterproof sure, but would it survive swallowing?